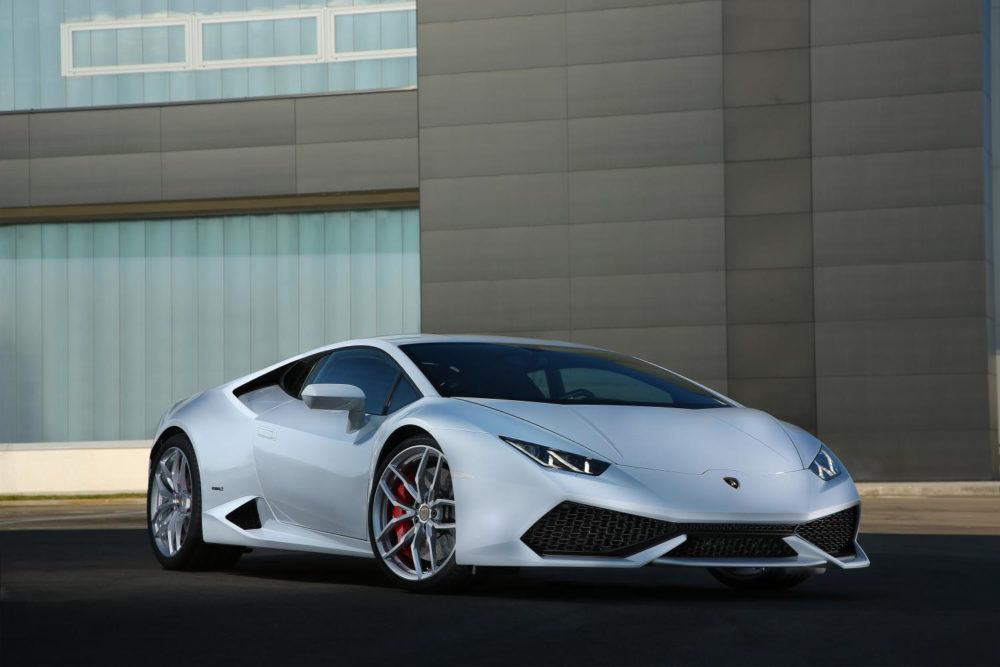 For – look-at me, over the top, superlative beater.
Against – insane waste of technology.
Rating – None – impossible for sane rating system.

The Lamborghini Huracán LP 610-4 will eat up the miles on the highway almost as quickly as it gulps down all known superlatives. It is probably the fastest, noisiest, most in-yer-face supercar on the road. Ferraris and McLarens seem almost modest and understated by comparison. Imagine, if you can, having to make the choice. 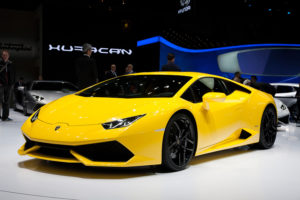 It’s hard to know quite how to react to this kind of performance in a road car. It is clearly completely pointless. But if someone has made so much money he can afford to indulge himself, and it creates jobs, aids the economy, and helps him pull birds, where’s the harm? I suppose a few smelly, bearded, sandal wearers will whinge about destroying the climate, but the impact of a few unaffordable sports cars isn’t going to add more than a wrinkle’s worth of CO2 to the atmosphere.

But on to the car.

There’s no manual gear change. You have to accept the 7-speed automatic and the four-wheel drive. A complicated system of gyroscopes and accelerometers communicates with the four-wheel drive, steering, gearbox and suspension to keep you in the right gear, and rescue you from danger if you overdo it.

The Huracán has the latest lightweight construction with the chassis made from carbon fibre and aluminium. Ceramic brakes are standard. The amazing looking body also creates down-force to eschew the use of ugly looking spoilers says Lamborghini of Italy, which is owned by Volkswagen of Germany’s Audi subsidiary. 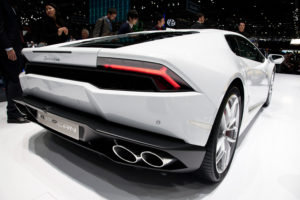 The previous Gallardo, meaning “valiant” in English, was named after a famous fighting bull, and was the most successful Lamborghini with 14,022 produced. The Huracán (hurricane) also takes its name from the world of bullfighting, and reminds us of the company logo. Huracán was a fighting bull who fought in 1879 in Alicante, Spain. His unyielding character made him invincible, Lamborghini said. Maybe the rules were different then.

Why on earth Italians owned by Germans would use a link to a tainted activity like bull-fighting? In a saner world, Spain will be prevailed upon to cease this mindless, cruel, bull-“fighting” (cowardly, ritual killing), which shames its “culture” and makes the rest of the world wonder just what kind of people are these who allow such uncivilized behavior.
Camera solution

But back to the car.

Because of the extremely low body and the location of the engine behind the passengers, don’t expect to be able to see much out of the back. You need to order the transparent engine cover to improve on this, although in such a high tech motor, a camera solution would be more appropriate
The Huracán uses what Lamborghini calls a hybrid chassis. This combines aluminium components with large elements made from carbon-fibre reinforced polymer, an ultra-lightweight material which Lamborghini has developed, with help from Audi. The hybrid chassis weighs less than 200 kilograms, even less than the already very lightweight aluminium space frame of the Gallardo. The hybrid chassis is better for crash safety and stiffness, and more dynamic handling. The double wishbone suspension at all four corners is made from forged aluminum. 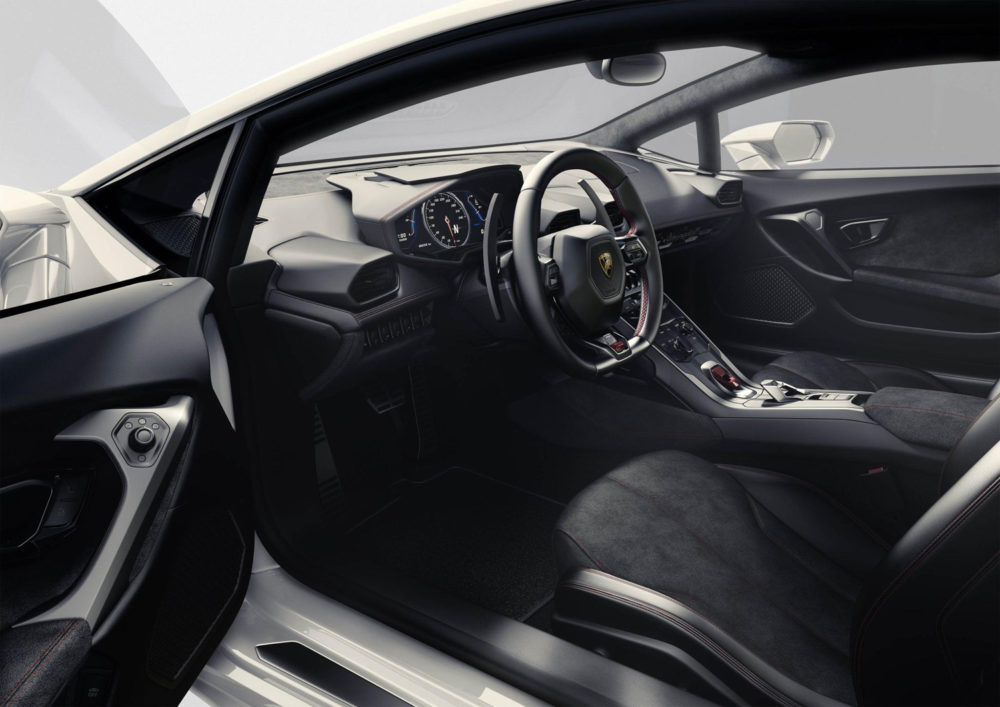 The Huracán LP 610-4 made its debut at the 2014 Geneva Motor Show and deliveries are now underway. This is a car for the super-rich of the non-golfing variety who like to travel light. The storage space is severely limited, although there is space under the bonnet in front of the two passengers for a soft, weekend bag, and 60 to 70 litres of space behind the seats. If you can afford a Huracán though, you can probably afford to have everything you need sent on ahead anyway.

So which will it be; Lamborghini, Ferrari or McLaren. Who said the one-per centers had it easy? 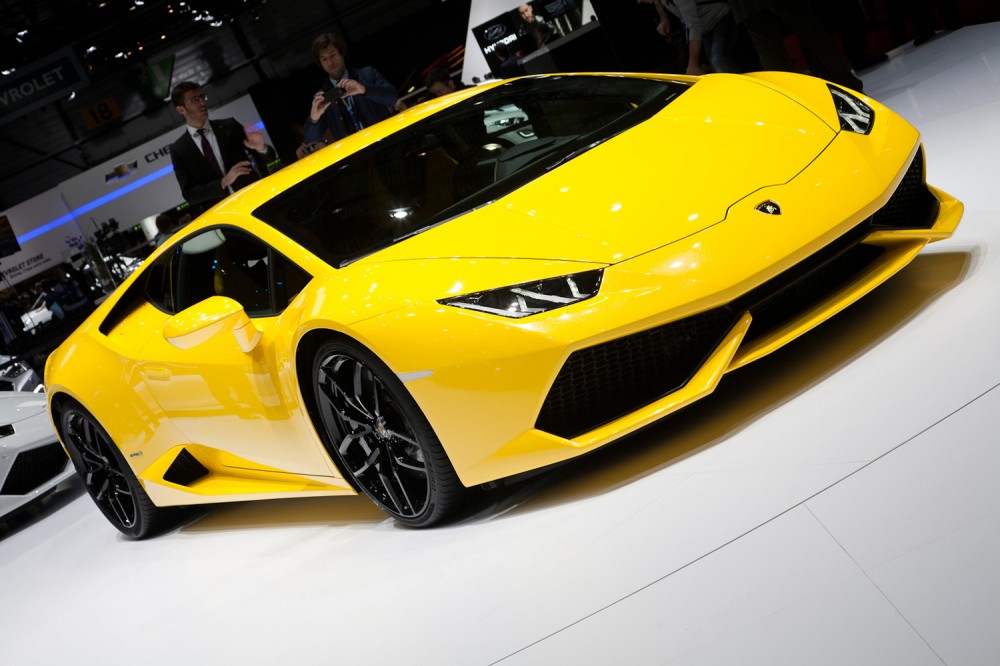