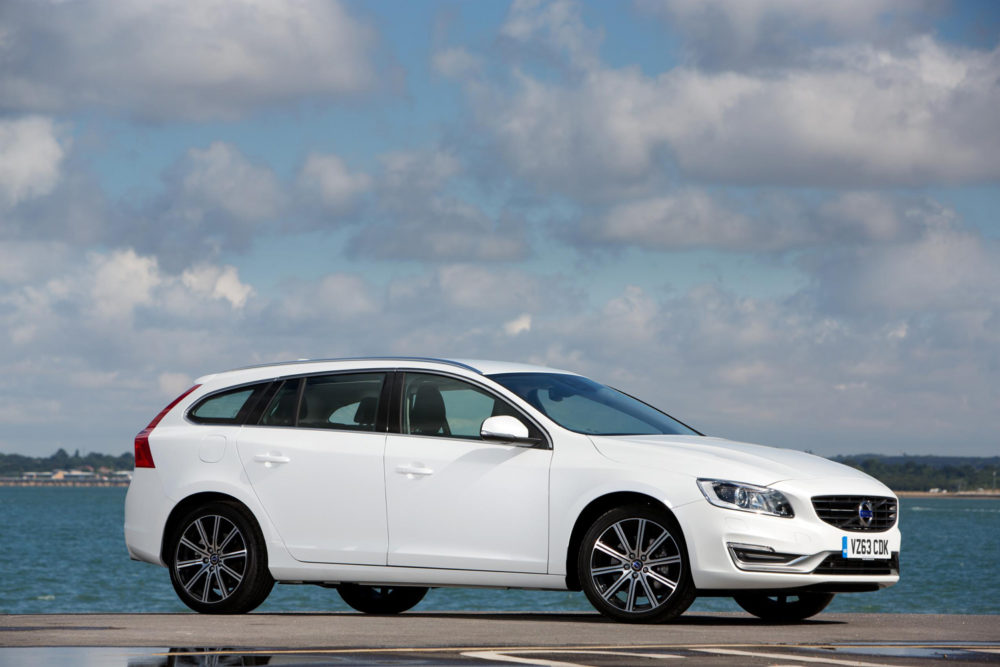 The Volvo V60 diesel plug-in hybrid will give you mind-bogglingly impressive fuel consumption, but doesn’t come close to meeting the over-the-top claims from the manufacturer. 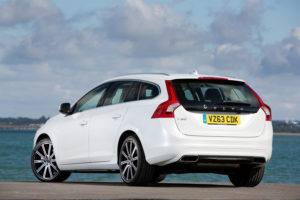 If that sounds hopelessly contradictory, let me try and explain. Volvo claims the car will average 155.2 mpg. I managed 66.1 mpg. Volvo uses some obtuse and opaque way of calculating fuel consumption based on European Union (EU) rules, but it is based on the maximum and probably unrealistic amount of driving using just the battery on this diesel-electric plug-in hybrid. It combines a 2.4 litre diesel engine with an electric motor.

If you keep the speed below 55 mph, it will run on the battery only, until it expires after around 30 miles. If you need acceleration and put your foot down, the diesel motor will cut in and help out. The range of the battery can be extended by recapturing energy as you free wheel, although the dials on the dashboard did a poor job of helping you do this.

On a trip driving across country with speeds rarely over 60 mph and mainly using the diesel engine, the car returned 48.4 mpg. Other more urban trips which were able to engage battery-only use more often returned 68.4 mpg and 81.6 mpg. With practice you improve on this, particularly if your average journeys are short. The V60 Plug-in Hybrid R-Design to give it its full handle combines a powerful five-cylinder 2.4 litre, 215 hp diesel engine with an electric motor producing 70 hp and has four-wheel drive. The diesel powers the front wheels, the electric motor the rear ones. From rest to 60 mph takes 5.8 seconds, so you can see this is a really fast car, as well as offering compelling fuel economy. 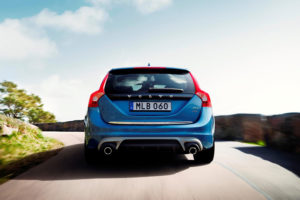 You can select three modes, Pure, Hybrid or Power. “Pure” runs on just the battery. “Hybrid” mixes battery and diesel power, and will capture some energy to replenish the battery. “Power” will just engage the diesel and will allow you to conserve the battery if you plan on entering an electric-only zone in a town. The battery, plugged into my house with a standard domestic setup, took 7-1/2 hours to charge fully.

The car was impressive all round, as one costing just over £50,000 before the government £5,000 subsidy should. In Britain, you pay no road tax in year one, or subsequently.

This plug-in hybrid concept works very well, offering much battery only driving, and does prompt the question, why bother with battery-only vehicles with their limited and unpredictable range? This diesel hybrid offers the possibility of better highway economy than petrol electric ones. There’s no need for manufacturers to spend fortunes on a charging infrastructure either.

Overwhelming
Put like that, the case for plug-in hybrids against the battery-only vehicle seems overwhelming. There will be much more affordable versions soon made by this and other manufacturers as the concept is developed and proven. Volvo may yet offer a petrol-electric hybrid.

A recent report from Morgan Stanley underlined the likely inside track that plug-in hybrids will have, saying pure electric vehicles have failed to meet sales targets, and over-ambitions global projections will have to be scaled back. Renault of France used to claim that 10 per cent of global car sales would be electric-only by 2020. This is more likely to be closer to one per cent, the report said.

IHS Automotive predicts that by 2020, global production of PHEVs will exceed electric vehicles by a ratio of 55:45. 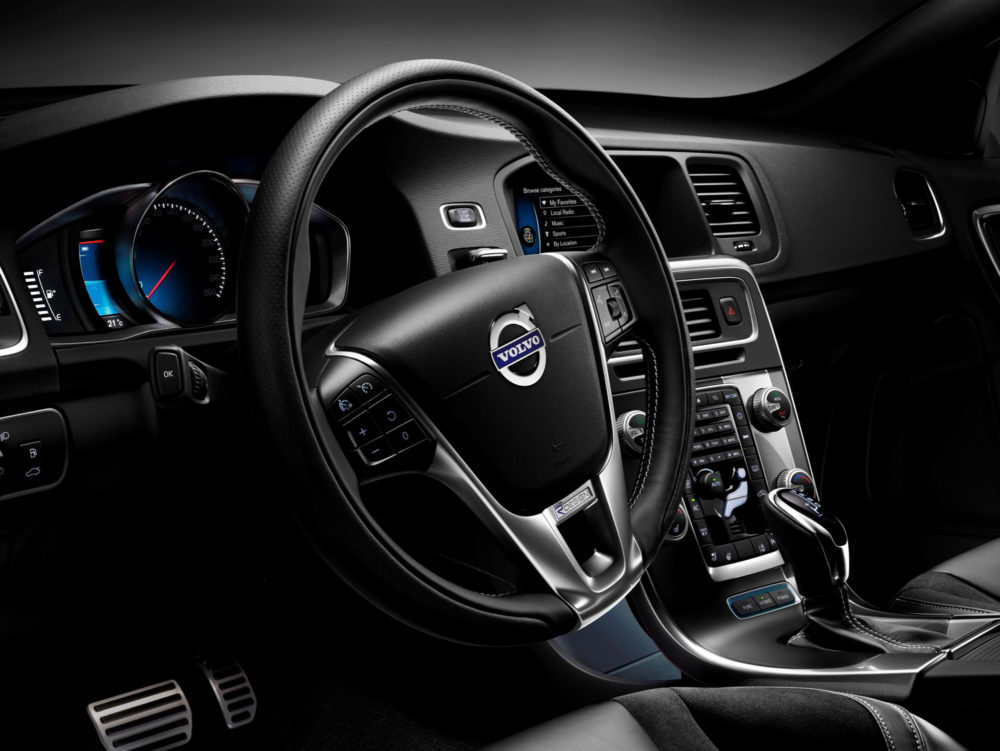 Volvo describes the car as its most technically advanced model ever – an electric car, hybrid car and high-performance car all rolled into one.

The interior was smart, high-quality and understated. The base price is £48,775, but the full R-Design version adds things like SatNav and media connection packages, black leather, sports seats and special interior detailing. The car also has an automatic braking system, which takes over from the driver if the computer senses an imminent collision. That sounds great, although when a red warning flashed across the windscreen for no apparent reason, I wondered just how reliable this was.

Instruction please
There is so much technology available with this car, to get full value, new buyers could probably use a day’s instruction at the dealership to make sure they exploit fully every available possibility. (I’ve just flicked through the 20 page, “Quick Guide”). The blind spot system will inevitably drive you mad after a while, while the constant beeping and burping while you drive in narrow roads from the warning system is pointless.

Plug-in hybrid vehicles are the future, at least for the short-term. They have the possibility of outrageously high fuel economy, and although they might not appeal to purists who demand the battery-only vehicles 100 per cent greenery, they won’t strand you, or constantly raise your blood pressure as you wonder about the range. And, of course, battery-only cars are only pure if the electricity is generated by wind, solar, or hydro. The only dark cloud for plug-ins, is a sudden and unexpected breakthrough in battery technology which halves the price and doubles the range. Meanwhile, we await fuel-cells to finally wipe out fossil-fuel power. 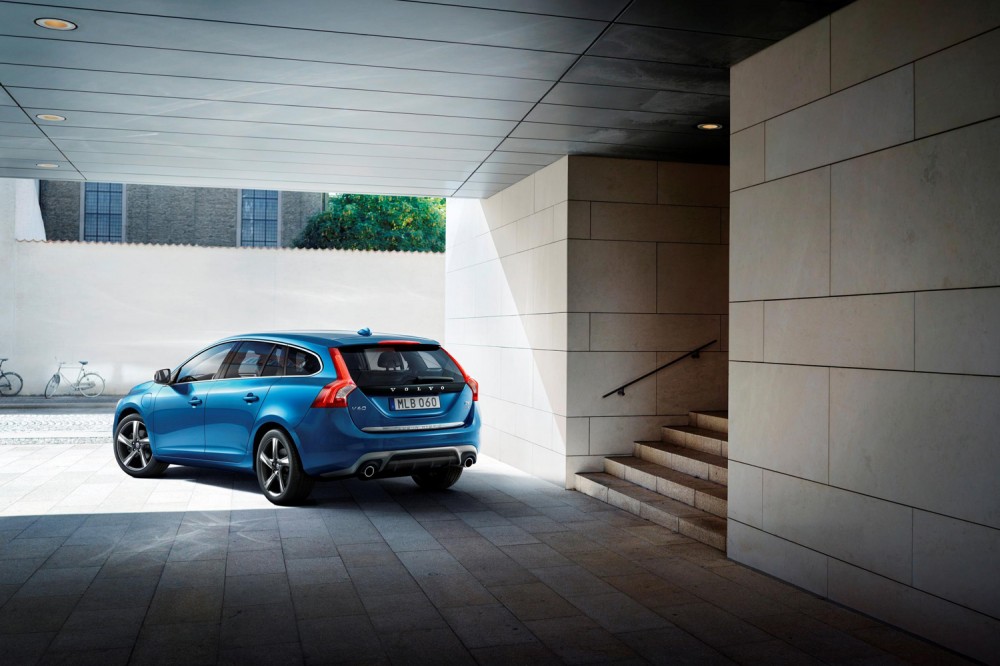