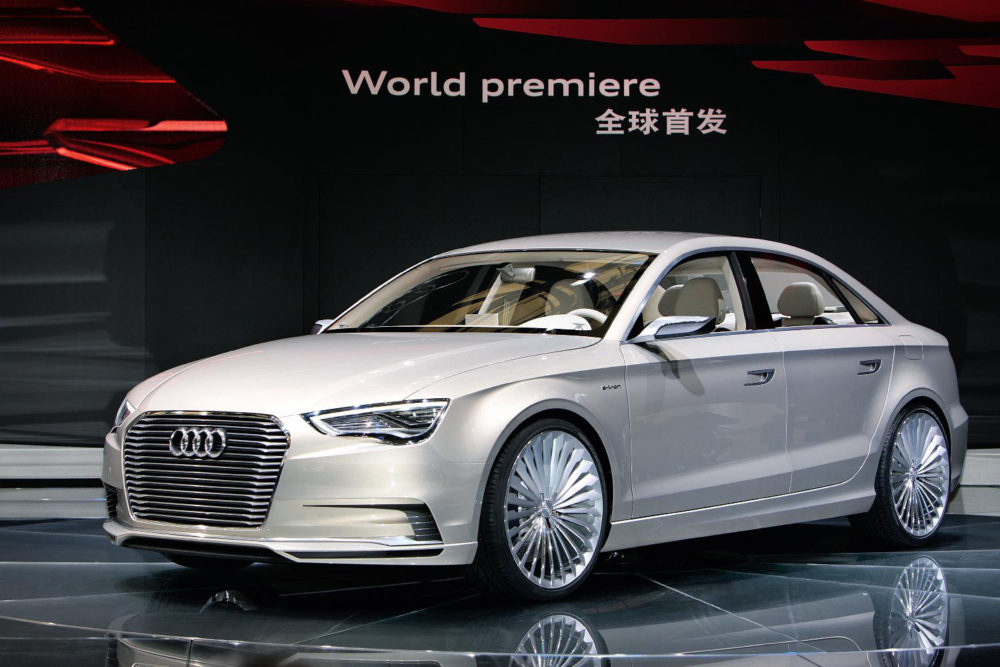 Audi has joined the plug-in hybrid crowd with its A3 e-tron.

It is almost a couple of thousand pounds more expensive than its VW Golf GTE brother, which when I drove it earlier this year was notable for its amazing, premium quality. So the Audi case is immediately weakened if you’re searching for a quality differentiator. 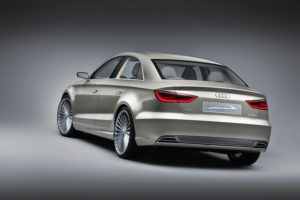 They share more or less the same technology, performance and economy. Both claim to reach more than 170 mpg, which is really such a subjective number as to be wholly useless. The level of fuel economy is completely dependent on usage, which I suppose is true of all cars, but with a plug-in, with certain regular trips, you could reasonably hope never to use any fuel at all. The battery range is 31 miles, but with judicious use of technology this can be extended by using the regenerative braking to add maybe 10 miles. So if you drive up to 40 miles to work, have a place to plug it in, then return, you could say goodbye to refuelling stations and the huge expense. And of course if you want to make a long journey, the petrol engine will allow you to travel prodigious distances – up to 584 miles Audi claims – unlike those pesky battery-only cars. If you attempt a long journey with little battery use, you probably won’t get more than 40 mpg, although I haven’t tested this proposition yet.

The Audi A3 Sportback e-tron is pricey – £34,950 before the £5,000 government subsidy. The five-door hatchback combines a conventional 1.4 litre petrol engine with a 75 Kw electric motor and a six-speed automatic transmission. Combined, the two power units generate 201 hp and 350Nm of torque.

The interior is Audi-quality – in another words understated and impressive. All the dials and switches seem to be in the right places for easy use. On the road, handling is terrific and performance impressive. There is no feeling that the amazing fuel economy is being achieved at the expense of acceleration and top speed. The battery is guaranteed for eight years. 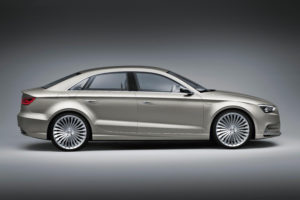 The Audi A3 e-tron can run exclusively on electric power at up to 81mph, or can be powered by petrol combustion alone. Alternatively, the hybrid mode brings both units into play, and the driver can choose to run these simultaneously – a function known as ‘boosting’ – by initiating kick-down via the automatic transmission. In this mode the full 350Nm torque output is deployed for the strongest possible acceleration, but when the driver stops accelerating both motors temporarily deactivate, eliminating motor braking torque and allowing the car to glide to conserve fuel and recuperate energy.

Up to medium loads the motor can also function as an alternator, making a significant contribution to retardation and recovering energy which is fed into the battery. In this mode the wheel brakes only become active if the driver applies moderate force to the pedal.

EV mode gives priority to electric drive, Auto mode is useful for long journeys as it engages the electric motor wherever possible, Hold preserves the electrical energy stored in the battery for later use and Charge uses the combustion engine as a generator to charge the battery.

The chosen mode is displayed by a power meter in the instrument cluster, which also shows the system’s overall output and the battery charge. The monitor for navigation shows the energy flows in the hybrid system. In addition, the driver information system displays the operating ranges and consumption figures for electricity and petrol. 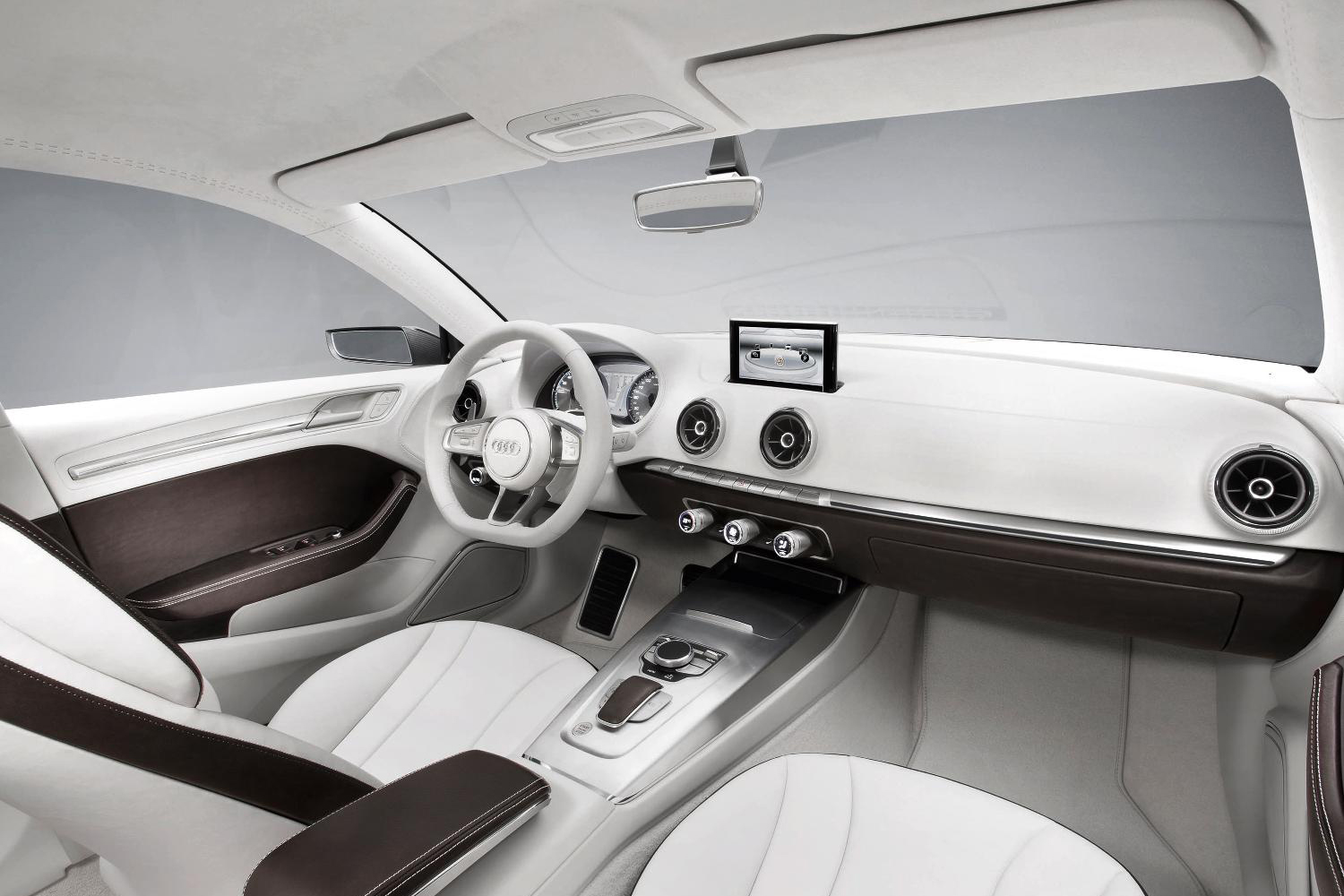 The charge status can be monitored from a Smartphone. It is also possible to use these to remotely start or stop charging or to set the charging timer and pre-set the climate control to reach a certain temperature at a pre-determined point. This means that drivers can specify in detail at what time and on what days they want to drive away with the battery fully charged. Using a domestic socket it takes four hours to charge the battery. When a wall box is connected or a public charge point is used this reduces to two hours and fifteen minutes.

If you want to buy a plug-in hybrid, the choice is currently limited, but very soon the market will be awash with these cars. The formula is compelling. All the benefits of battery-only operation for up to maybe 40 miles, without having to lose the huge plus of massive range and flexibility that battery-only cars can’t get close to. Will prices come down if more manufacturers join in? I don’t think so because the technology currently used is very expensive. Of the current models on offer, the VW Golf GTE is a bit cheaper than the Audi. If you are thinking about spending £33,000 on a small car – the cost of the Golf plug-in – then adding a couple more to say you’ve got an Audi might make sense to some. 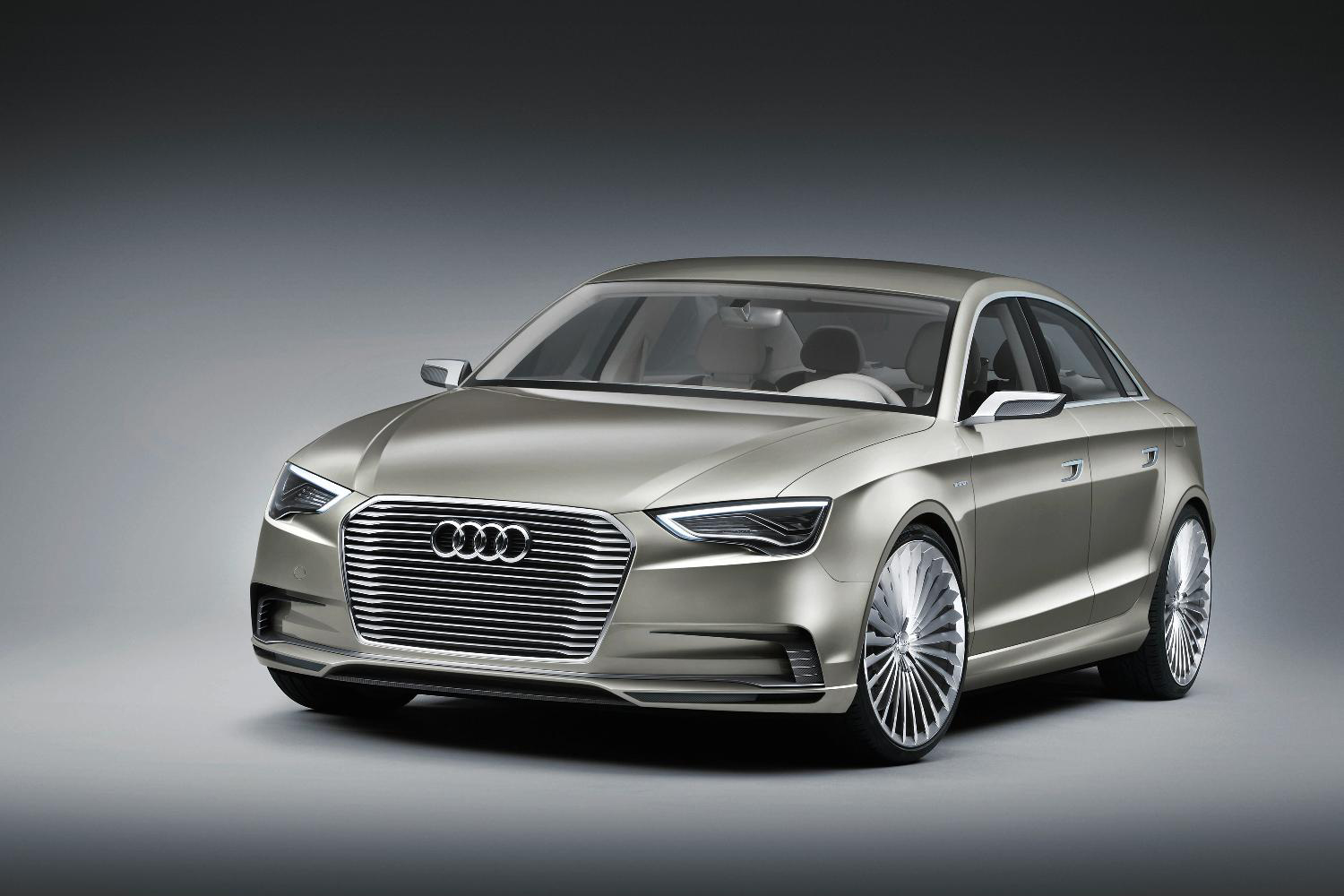