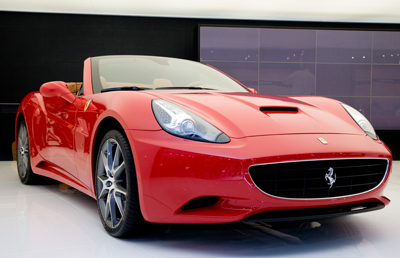 PARIS: Most manufacturers at the Paris Car Show were either wringing their hands about economic prospects, or bragging about the environmental friendliness of their engines; but not Italian luxury sports car maker Ferrari.

Mass car manufacturers are battening down the hatches to ride out the storm of falling sales and rising costs that threaten to devastate bottom lines. The worry is that a world economic recession will decimate the industry. Only the strong will survive.

But Ferrari, with its super-rich customer base and fleet of over-the-top, gas-guzzling sports cars, sails on regardless. It unveiled its new California supercar at the Paris Show and you won’t find many sops to the green movement in the specification. 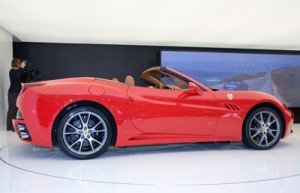 The California is powered by a new 4.3 litre V8 engine with direct fuel injection generating 460 bhp at 7,500 rpm, blasting the car from rest to 60 mph-100 km/h in under 4 seconds. Ferrari hasn’t revealed the top speed yet. The California uses a 7-speed dual clutch automatic transmission that reduces fuel consumption to about 17.5 mpg-16.1 l/kms. There’s a new multilink rear suspension. The California is also equipped with the Formula 1 traction control system which made its debut on the 599 GTB Fiorano and includes Launch Control. This slings the car forward from rest at maximum efficiency. The Brembo brakes feature carbon-ceramic discs.

The California will be available exclusively as a convertible with a folding hard top. There is room for two rear seats, but it’s not clear yet whether they will be big enough for people. Both chassis and bodywork are aluminium, in line with the rest of the current range.

According to former Formula 1 world champion Michael Schumacher, who has been testing the car for Ferrari, the California is really something of a pussy cat.

“The Ferrari California is designed for everyday use and for weekends away whilst still guaranteeing all of the emotional impact that only an authentic Ferrari can deliver,” Schumacher said.

Meanwhile the biennial Paris show, which opens to the public through October 19, featured important new models like the VW Golf, Renault Megane, Alfa Romeo Mito, Ford Ka, Audi Q5, Opel/Vauxhall Insignia and Chevrolet Cruze. Many of them featured nifty new ways to save fuel, or be offered at temptingly low prices. All of them will struggle to sell, unlike the Ferrari California. 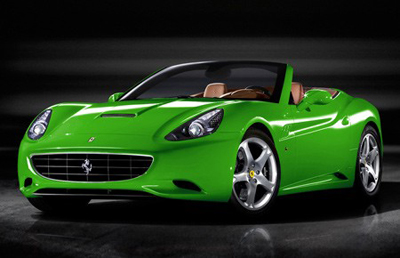 Ferrari S.p.A. is an Italian sports car manufacturer based in Maranello, Italy. Founded by Enzo Ferrari in 1929, as Scuderia Ferrari, the company sponsored drivers and manufactured race cars before moving into production of street-legal vehicles as Ferrari S.p.A.