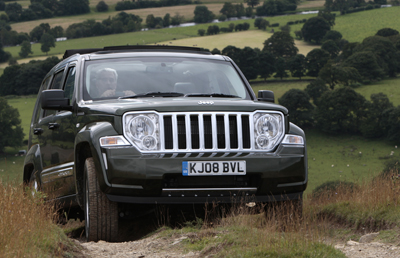 “As we speak, cars in Boston and factories in Beijing are melting the ice caps in the Arctic, shrinking the coastlines in the Atlantic, and bringing drought to farms from Kansas to Kenya” – Guess who?.

It surely won’t be long before the E.U. commissars in Brussels outlaw the SUV, (or at least price it out of the market) so the window of opportunity for car manufacturers to make money in this segment is closing rapidly.

This must be especially galling for Jeep, Chrysler of America’s subsidiary, which has a reputation for making rugged and well- priced 4x4s. 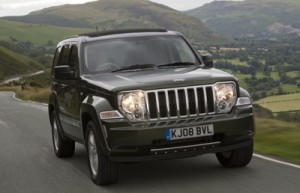 And it’s not only Brussels which has succumbed to the unproven conventional wisdom that excessive CO2 is warming the climate. With a few brave exceptions, (Vaclav Havel, the former president of Czechdom springs to mind), politicians in the West have decided it is better to go along with the fascist left, led by the likes of Greenpeace and Friends of the Earth (called Fiends of the Earth by the Financial Times in a recent hilarious misprint). The left has decided that exaggerated, hysterical scare stories about human induced global warming will allow them to reassert their power, after losing all the arguments about economics and politics during the 20th century. The Precautionary Principle sounds so very reasonable. “It’s better to be safe than sorry,” seems very intelligent at first, but in fact it allows any unproven, crackpot theory to dictate policy.

Even Republican presidential candidate John McCain has conceded ground on global warming, or at least he has decided that the aggravation involved in arguing about it is a cul-de-sac politically. Hopefully, when he is elected president he’ll keep on waffling about the climate, and quietly veto any legislation which threatens to derail the economy by curbing CO2 unreasonably.

Loopy Obama
You can forget the economy if Democrat Barack Obama gets in. Try this loopy quote for size, if you doubt me.

“As we speak, cars in Boston and factories in Beijing are melting the ice caps in the Arctic, shrinking the coastlines in the Atlantic, and bringing drought to farms from Kansas to Kenya”.

That was Obama speaking at the Berlin pop-concert in the summer (which the BBC and much of mainstream media reported as a mass tribute to Obama, without mentioning why the crowd was there in the first place. They did the same with the Denver pop-concert in Mile-High Stadium after the Democrat’s convention). 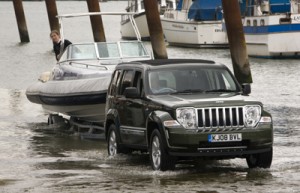 So the boom in SUVs is about to shudder to a halt in the face of political action to tax and curb. This is especially bad news for many big European manufacturers who have come to the party belatedly. VW, Peugeot, Renault, Citroen, and Ford Europe have all recently unveiled state of the art SUVs which took root 4 or 5 years ago when satisfying Europe’s passion for SUVs looked like an intelligent business decision. Kerzillions have been invested. Returns look like being rather small.

Aw shucks
Jeep though has been in the SUV business a long time. The Cherokee is a well-established 4×4, and Jeep has just updated the formula. The Jeep is handsome, in a rugged, aw shucks kind of way. It’s chunky design has been updated, but it is still instantly recogniseable as of that ilk. It isn’t too big and has plenty of room inside. The quality of the interior, long a negative for Chryslers, Dodges and Jeeps, is much improved. 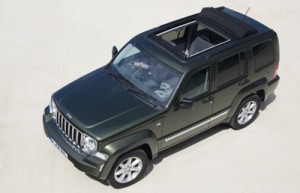 Jeep has simplified the range to only one model – the 2.8 litre CRD diesel Limited, which comes with masses of standard kit including leather, electric front seats with memory, a powerful stereo with 6 speakers and MP3 compatibility, tyre pressure monitoring, so-called panic brake assist for easy hill starts, and hill descent control if you opt for an automatic gearbox. The only real (Hobson’s) choice you need to make is between manual or auto gearbox. The auto version costs £25,595-€31,500, the six-speed manual £24,595-€30,240. The options are the Sky Slider canvas roof (£950-€1,160), more powerful multimedia system with satnav Bluetooth and more powerful subwoofers (£1,500-€1,850), tinted glass (£300-€370) and special paint (£400-€490).

Jittery, floaty
The driving position is good, with large, firm seats and, naturally, a commanding view of the road. Visibility for parking is good too.
There’s plenty of headroom throughout, although the rear seats are best for two people. Knee-room in the back is much improved over the old model.

But the ride was very jittery when it wasn’t feeling floaty, and the diesel engine sounded gruff. Performance was fine, but the steering was on the woolly side. The five-speed auto box was adequate rather than sophisticated. 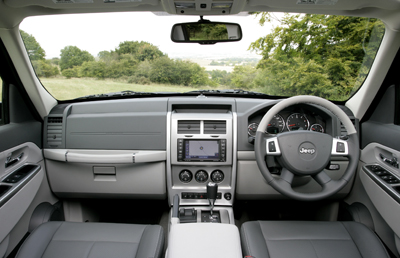 North Wales
Jeep is proud of the Cherokee’s off-road ability, and I’m sure there are a few stalwarts in the countryside who will make use of this. In the mountains of North Wales (see pictures) the Cherokee drove across and even down rivers, climbed up muddy slopes, and thanks to the hill descent control, inched down steep banks like some kind of mechanized mountain goat.

The Sky Slider is described by Jeep as a “full-open canvas roof, two and a half times the size of a regular sunroof. This powered roof can be operated while driving and gives all passengers a unique open-air driving experience. The Sky Slider is made of a reinforced acrylic cloth, similar to a convertible top, which is weather resistant and leak-proof. The top panel nests (sic) into a weather strip seal to help minimize wind noise. The roof utilises anti-pinch software (sic) that will prevent the roof from moving should it detect an object in its path.” 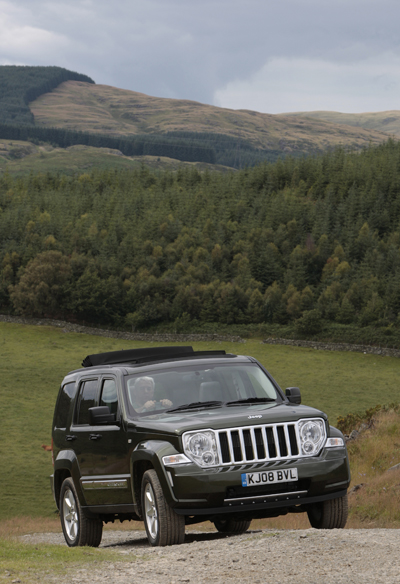 Choices in this SUV segment of the market are awesome, with products like the BMW X3, Nissan X-Trail, and Land Rover Freelander. Jeep says a similarly equipped Freelander costs about £5,000-€6,150 more, an X3 £8,000-€9,830 more, and the X-Trail with a smaller engine and less stuff is about £500-€620 less. The Jeep does make a strong case though because of its individuality, proven ruggedness (Paul Cox, the creator and keeper of this website has a 14-year old Cherokee with 150,000 miles on the clock which is still going strong), low prices, and comprehensive kit list. I would personally scratch the BMW from the list on the grounds of excessive price and ugliness, and the Land Rover because of doubtful reliability. That still leaves a formidable array, with the Ford Kuga looking good, although it is a bit of a cute-ute. If price is crucial to you, the Jeep might get the nod.

Perhaps in a last ditch attempt to turn away the assault by politicians on SUVs, Jeep reminds us of a survey published by CNW Marketing Research which looks beyond mere fuel consumption in its rating of the green qualities of vehicles. This survey looks at the whole life cost of building and disposing of a car as well as miles per gallon. This placed the Jeep Wrangler right at the top of a pile of 96 vehicles, with the Cherokee 8th, the Grand Cherokee 13th, the Commander 15th and the Toyota Prius 68th.

Poor Prius
The Prius scored poorly because of the environmental impact of building and disposing of its batteries.

But a better measure of Jeep’s desperation is this pathetic claim.

“We have also taken a greener approach in the U.K. A wind turbine has been installed at our head office in Milton Keynes.”

I don’t know why it is that the mention of wind turbines on roofs sets off my pointless, grandstanding, hypocrite alarm bells. Oh of course. David Cameron has one.