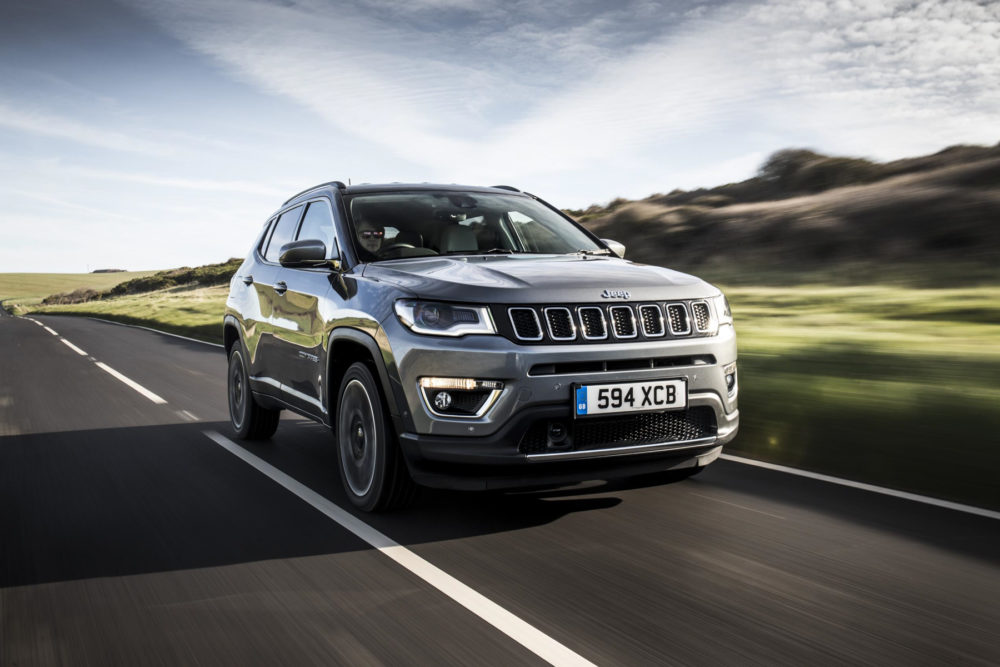 When a new press car arrives, the inevitable question fired by neighbours and friends is “what’s it like”. So I’ve got into the habit of trying to sum up these magnificent new machines, in a few, you might say superficial, phrases.

That’s my initial assessment of this compact-sized SUV, and you might think it’s a bit unfair to focus on its lack of four-wheel drive. After all, Range Rover sells some of its cheaper versions with only front-wheel drive. I’ve often wanted to be a fly on the wall in the depths of winter in some upmarket, hilly area, when, after a sharp snow storm, a stranded neighbour asks the Range Rover Evoque owner to pull him out of a drift, only to be told, sorry I couldn’t stretch to four-wheel drive. How humiliating would that be?  Probably, not very. But if a Jeep stands for anything, like Range Rover, it is a rugged ability to handle all weather conditions. The manufacturers have twigged that they can sell more vehicles if they offer cheaper versions minus crucial kit, because nobody is ever really going to be found out, and how useful is four-wheel drive anyway? 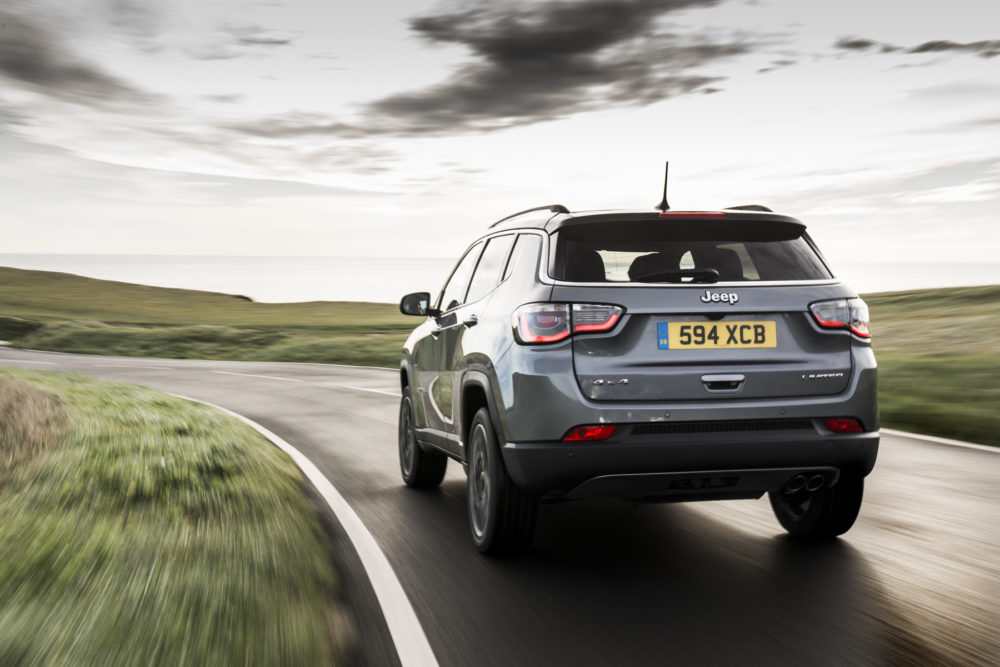 As the owner of a Suzuki Vitara with 4×4 I have to admit that after 3 years, I’ve never knowingly engaged the all-wheel drive system, although the computer might have turned it on once or twice without me realising it. But of course if there is a big snow storm out here in the country, I’m well prepared……

Loaded and handsome
This Jeep Compass though looks handsome, is loaded with kit, and the interior is beautifully put together. It was fantastically economical, although my initial reading of 57.5 mpg turned out to be a bit of an over-estimate. It settled down to an average of 49.5 mpg, which is still very impressive for such a big machine. Jeep claims 64.2 mpg. But most of the driving was on country roads rumbling along at between 50 and 60 mph. Unleashed on the highway, it was a comforting, confident high-speed cruiser.

The Compass drives well and takes the bumps in its stride. The six-speed manual gearbox was a joy, although I find it hard to believe there are buyers today of biggish SUVs who still want to change gear themselves. The 1.6 litre diesel engine provides ample power, but requires a lot of action from the gearbox. The now de rigueur screen for controlling everything from SatNav, radio, media and phone had noticeably impressive colour when reverse was engaged. The safety systems go way over the top though, binging and bonging from all angles when driven down my long narrow driveway. If I wanted to buy one, I would make sure the dealer turned it all off first. I was sitting in a traffic jam once on a relatively narrow road (the A27!), and a tree branch was caught by the wind and the bonging started. There was plenty of room in the back. The boot looks big, but failed the golf-bag test, requiring a rear seat to be folded down. I loved the powered tailgate. 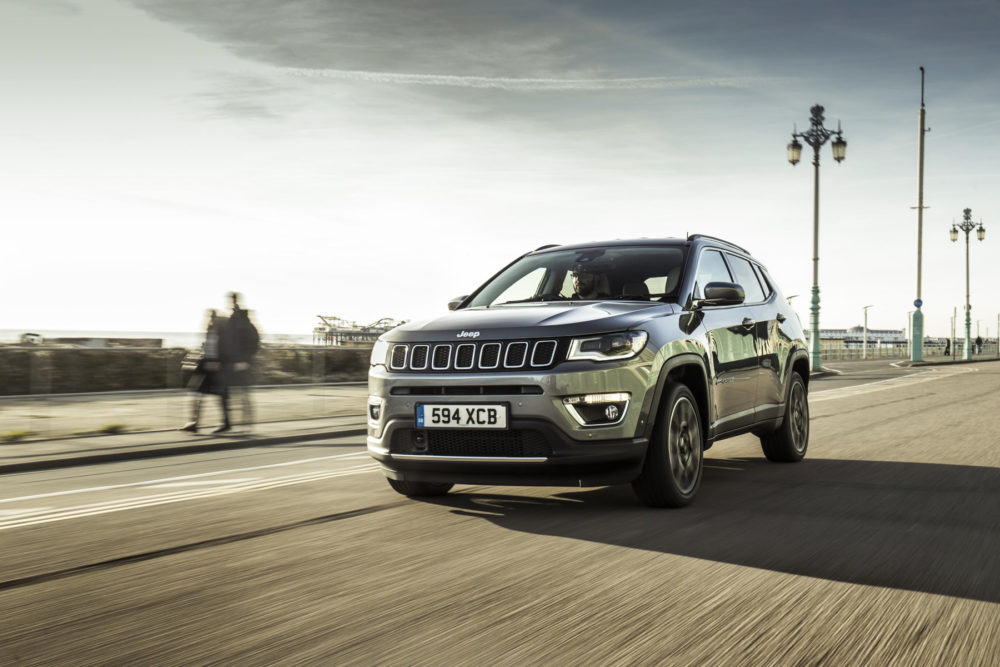 Jeep says the Compass sets the new standard in terms of infotainment systems with two new Uconnect systems delivering communication, entertainment, navigation and phone. As well as the engine choices you can opt for a 9-speed automatic. The petrol engine offer includes either a 140 or 170 hp 1.4-liter. The diesel engine range comprises the 1.6 liter 120 hp motor in the test car, 2.0 litre versions with 140 hp or 170 hp. The test car was priced at £29,755. The total came to £33,205 including stuff like metallic paint (£700), Style Pack (including bigger wheels, tinted windows) (£700), and Visibility Pack (HID Headlamps and auto high beam) (£600). 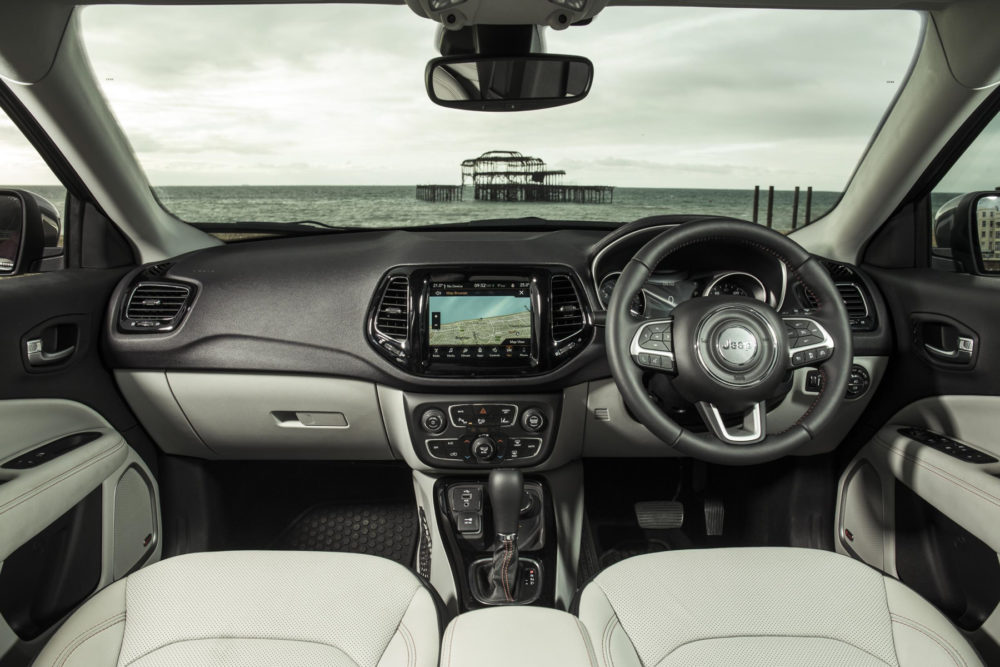 What to buy?
The competition is fierce and getting fiercer. I love the VW T-Roc, Volvo XC-60 and Peugeot 3008, the latter with its brilliant interior, and the Subaru XV, which isn’t really an SUV. The Jeep Compass looks a little over-priced, perhaps because of competition from its cheaper Renegade sibling. The Compass has come a long way in recent years. I rented one in the U.S. nearly 3 years ago, and it was a horrible mishmash of low quality, cheap and cheerful. I’d be hard pressed to make a decision now about which SUV to choose. The Mitsubishi Eclipse deserves a look because of its reasonable price. As I’m still in euphoria mode about my new Suzuki Vitara SZ5 4×4 auto, if it ever arrives, so I’d suggest trading down a bit from this group. Save up to £5,000 or more and repeat my decision. 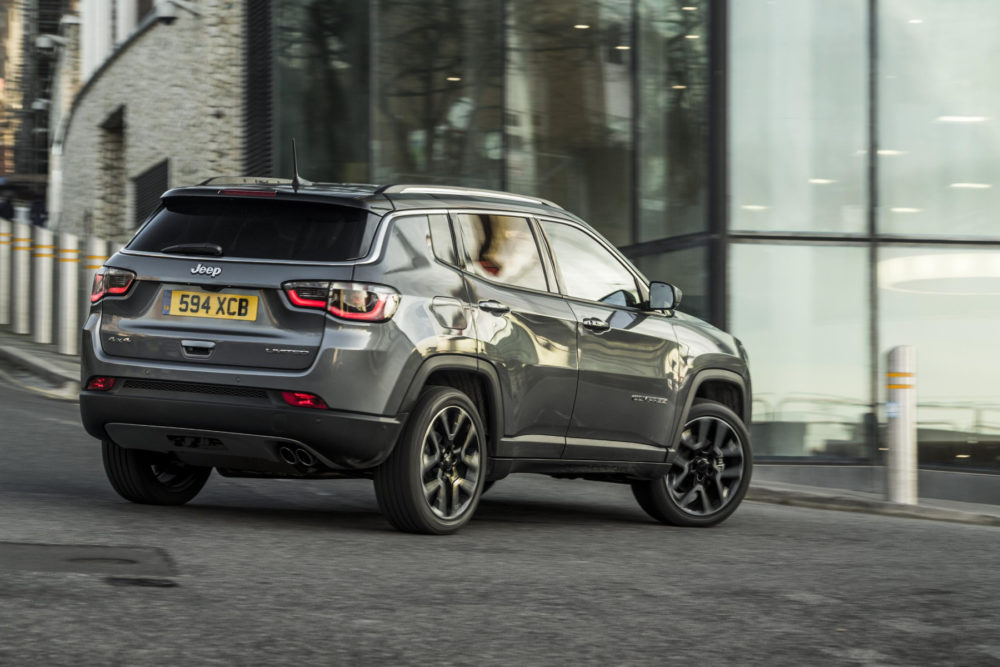