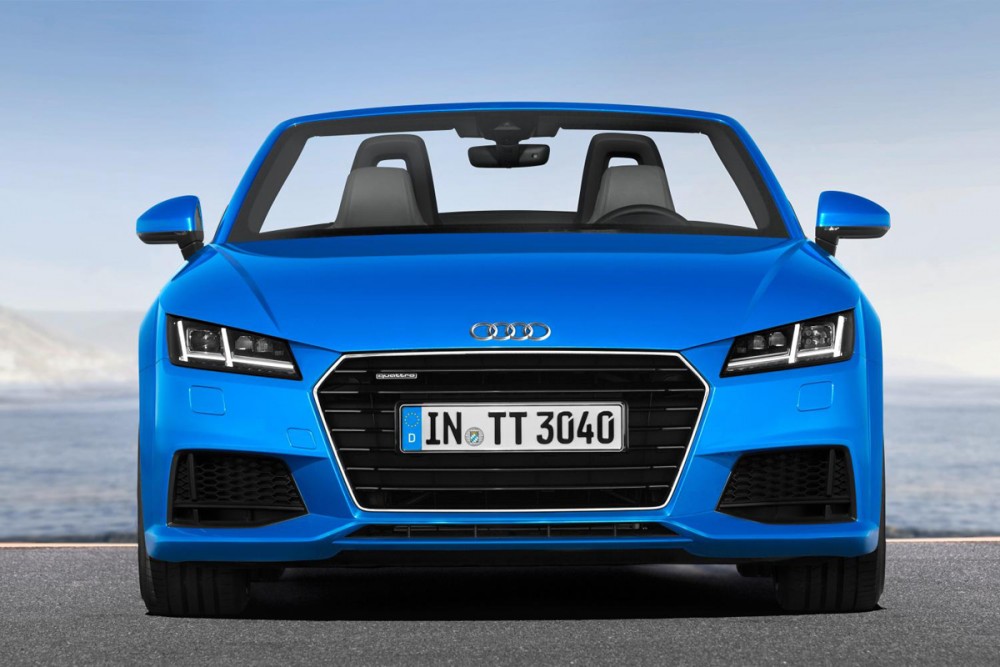 The new Audi TT roadster oozes quality and is packed with hi-tech gizmos and state of the art connectivity. It goes like stink too.

You can have a so-called “virtual cockpit” with a 12.3 inch display which can flip between a digital representation or the classic analog speedometer and rev-counter incorporating the sat-nav screen and music lists. The new TT uses much aluminium and steel hybrid construction to cut around 110 pounds of weight compared with the old model. The hood is made of fabric, which also saves weight. It is the same length as the old one, but the wheel base is bigger, allowing a slightly “larger” boot; larger, being a relative term. Golfers need not apply. The new, third-generation design is similar to the last one, with a few touches to remind buyers of the pricey R8 supercar. 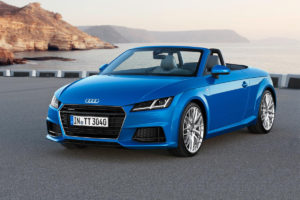 Slightly quicker automatic
The 220 hp motor will propel the car from rest to 60 mph in around six seconds; the TTS does this in under five seconds. In both cases the automatic gearbox is slightly quicker. If you go through the gears aggressively, the car is programmed to give off little rasping, burbling noises from the exhaust. If you were in Germany, the land of unlimited speeds on some highways, the computer would stop you going faster than 155 mph. The diesel version runs out of puff at 147 mph. You can opt for four-wheel drive too. 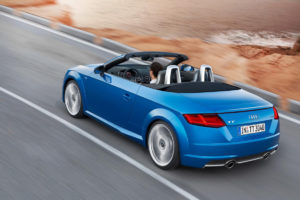 Prices start at £31,955, but accelerate pretty quickly if you are tempted by all those high-tech gizmos. Deliveries start next month. There are two specification groups – Sport and S line. Both include fully automatic three-layer hood, digital virtual cockpit, MMI touch, xenon or LED headlights, Music Interface, Alcantara/leather sports seats, and keyless operation. The two electric motors powering the soft-top complete the opening and closing process in 10 seconds, and can do so at speeds of up to 30 mph. While opening, the top forms a Z shape as it folds flat into its aluminium tray, which doesn’t encroach on the 280 litre “larger” luggage compartment. 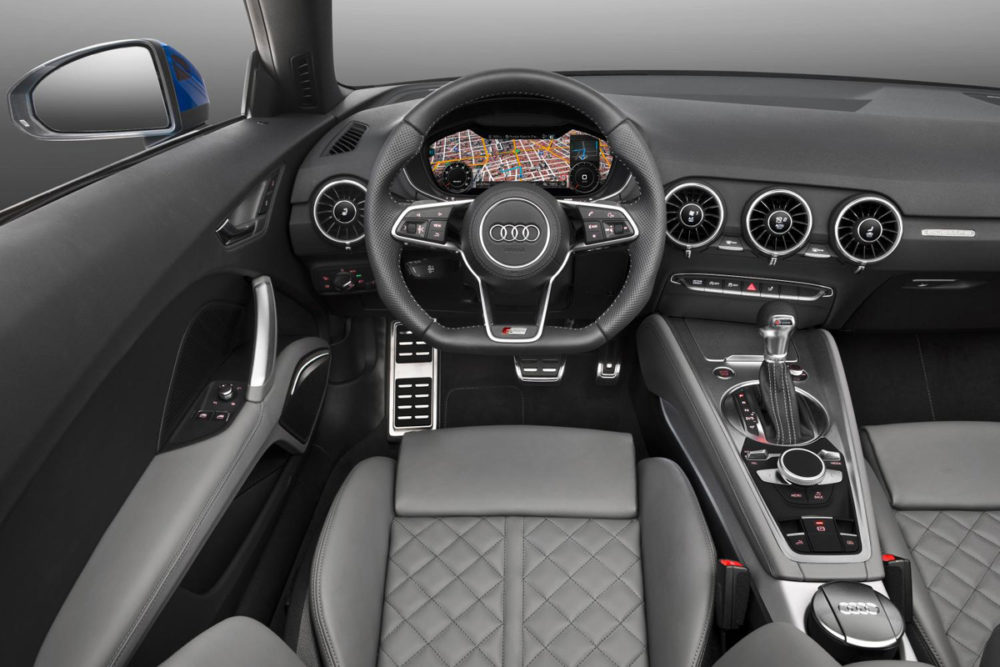 The TT Roadster S line upgrades to larger 19-inch alloy wheels, all-weather LED headlights and LED tail lights. Fitted to all models, a spoiler is electrically extended from the luggage compartment lid at speeds of 75 mph to provide additional down-force on the rear axle. Just the right point for patrolling police cars to see you’ve indicted yourself.

The TT’s main competitors are the BMW Z4, Mercedes-Benz SLK or Porsche Boxster in this gradually shrinking compact sports car sector. It must be nice to have the kind of money that would mean you could choose one of these. Don’t make me say which one I’d go for. You won’t take no for answer? OK. I’ll take the Boxster. 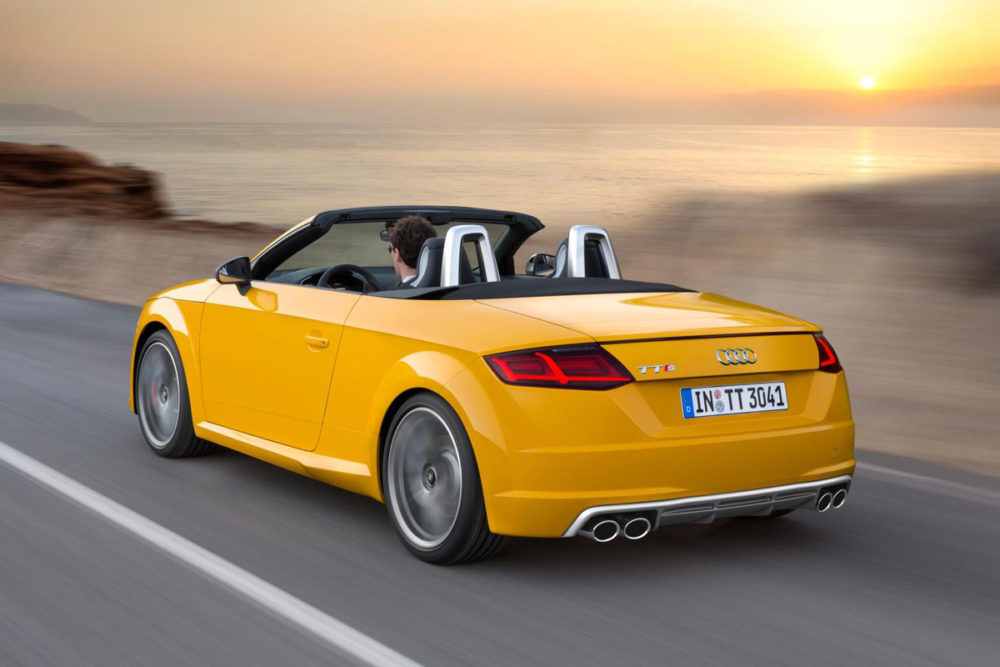