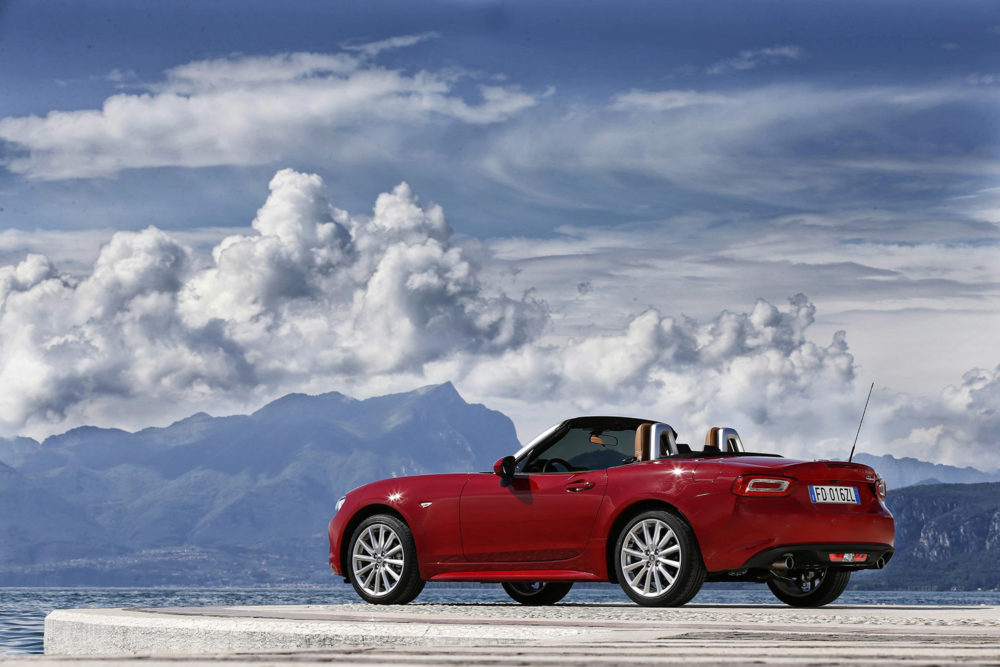 It’s officially springtime now so there’s no excuse for not getting the roof off and edging closer to nature.

If you haven’t yet taken the plunge yet and bought yourself a rag-top, let me help you narrow down the choices.

Introducing the Fiat 124 Spider, which looks fabulous, with a top class and quality interior too. There’s leather clad this and that, and the cabin feels snug, but not too snug. There’s a three-dial instrument cluster with a purposeful central rev-counter. With a little bit of practice the roof goes back with a couple of hand movements, and you’re ready to go. When you head out on to the open road, the acceleration is impressive the ride is fine and handling is sharp and precise. 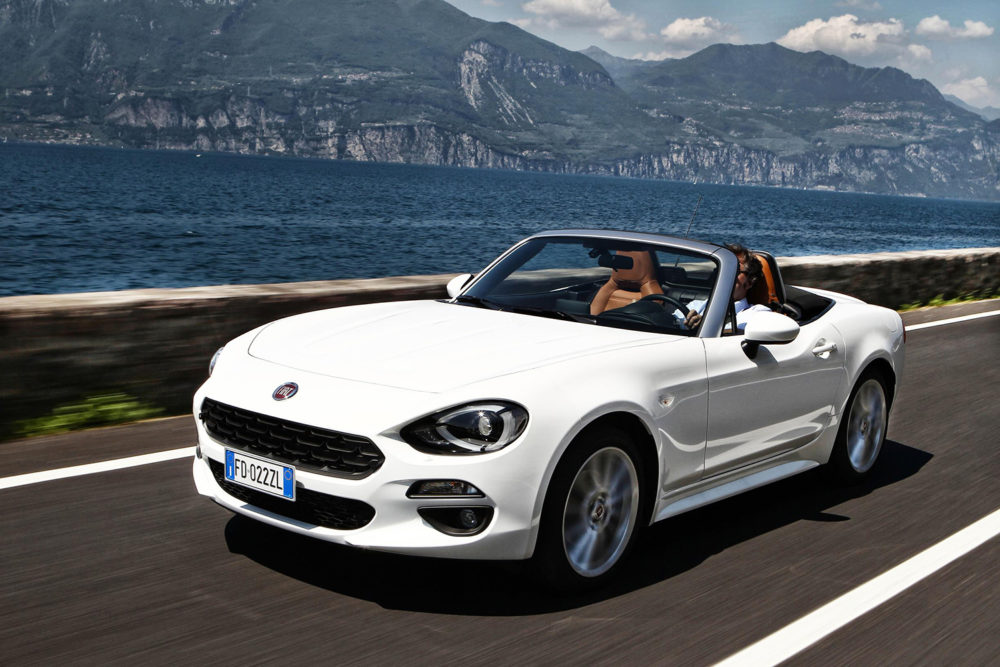 The six-speed gearbox (you have to move up to the more expensive Abarth model to get an automatic option) is slick and precise. The noise from the turbo charged 1.4 litre motor is invigorating and far from deafening. With the roof down of course everything feels a bit more electrifying and edgy than when you’re sitting with the roof on.

The turbo charger means you don’t have to rev the engine to get power, but you do have to use the gearbox to really make it go. And that’s no hardship. The hand-brake lever is on the driver’s side but doesn’t get in the way. There are no cup-holders believe it or not, and if you’re a golfer you’re out of luck. The boot is tiny.

Fiat claims average fuel consumption of 44.1 mpg and my test returned 38.4 mpg, and by modern standards that’s scarily close to the official claim.

Every friend and colleague who saw the car said “Is that a Mazda MX-5?” Well, of course it’s not, but under the skin most of it is. Fiat has added its own bodies and engines, and tunes the suspension slightly to its cars as the Spider and Mazda MX-5 moves along the production line in Japan. 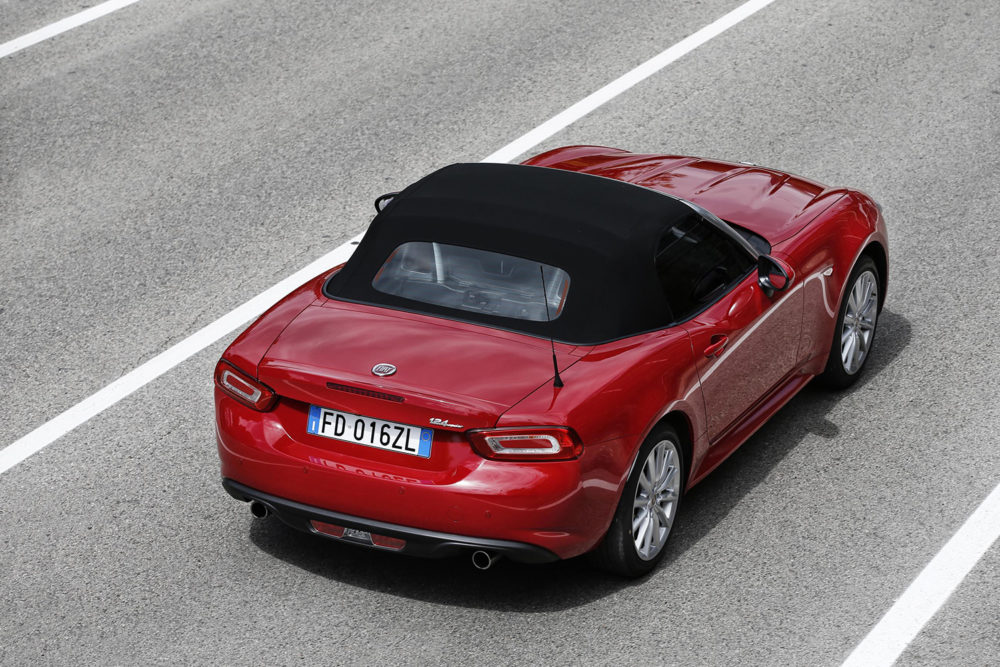 Rear wheels
The engine is the 1,368 cc MultiAir, turbo-charged four-cylinder motor which delivers 140 hp and 240 Nm of torque to the rear wheels. There’s a double-wishbone suspension layout in front and a multilink in the rear.

Naturally, there are many active and passive safety devices. You have a voice-controlled infotainment system, with Bluetooth, LED rear light clusters, four airbags, cruise control, a speed limiter and seat belts with pre-tensioners.

The top Lusso Plus model has adaptive LED headlamps, automatic lights and wipers and a nine-speaker BOSE sound system, including stereo headrest speakers on both seats. 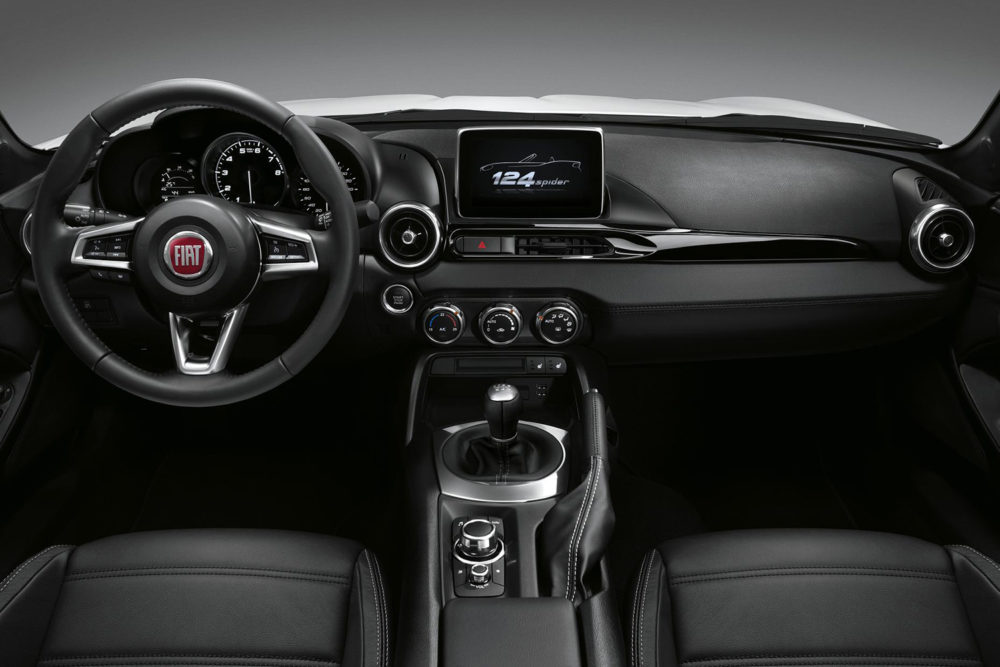 I haven’t driven the new MX-5 yet, so I can’t give a definitive verdict. But I would guess that whatever choice you make, you wouldn’t be disappointed.  I suppose Mazda’s deserved reputation as rock solid reliable, might be the swing vote. 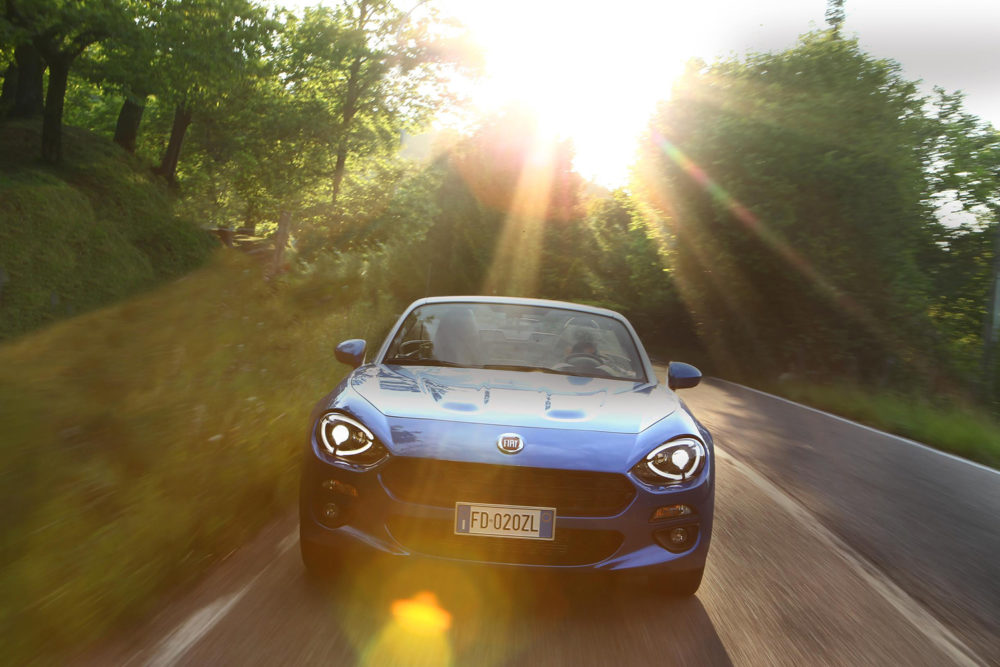 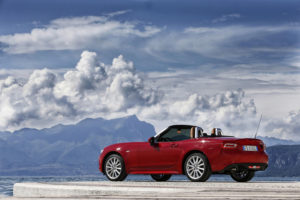 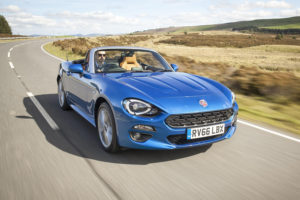 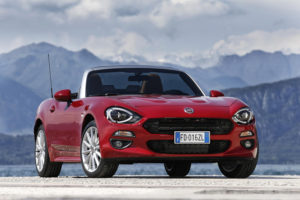 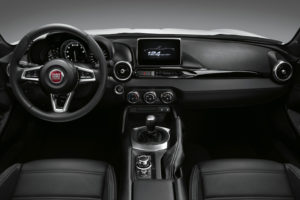 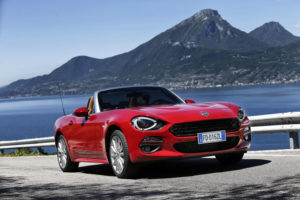 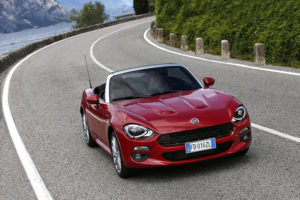 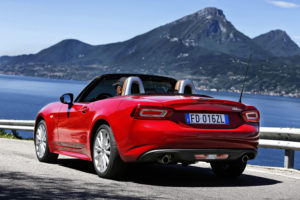 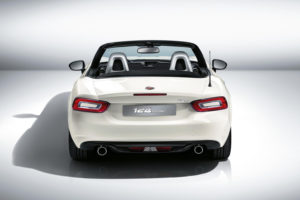 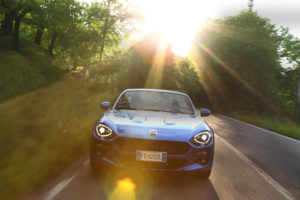 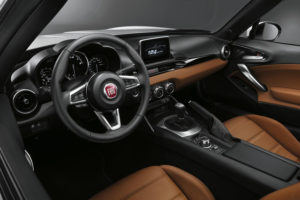 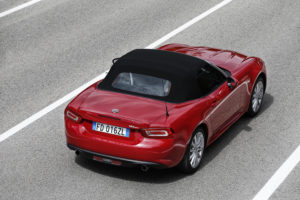 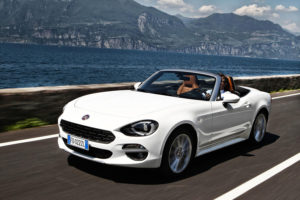