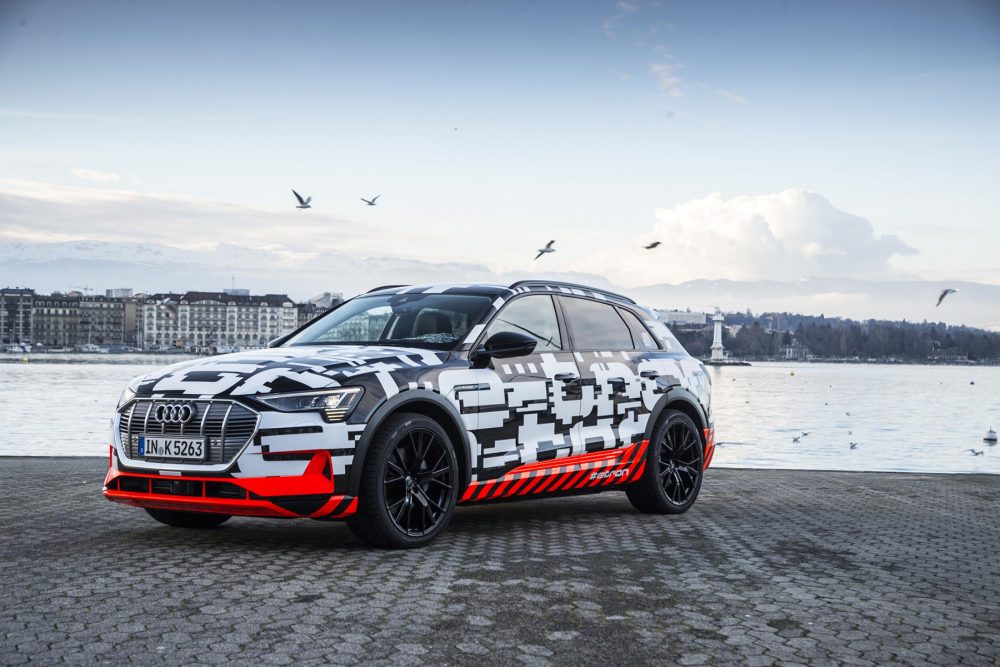 Diess, The Outsider, Will Be Stronger.

Audi said it has postponed the August 30 launch of its all-electric e-tron following the arrest of CEO Rupert Stadler in connection with the VW dieselgate emissions scandal. The event was scheduled for Brussels but now will take place somewhere in the U.S. Audi didn’t say when.

Meanwhile, Stadler remains in custody, and investors wonder what the long term impact will be. Stadler’s position had looked weak for some time because of his close links to the dieselgate scandal, and it was only his strong links with the owning family that had kept him safe, according to industry sources and analysts.

And VW Group CEO Herbert Diess will be strengthened because he holds a vital item on his CV; he’s an outsider untainted by dieselgate and hired from BMW in 2015 just before the scandal broke, the sources said.

The huge crisis that was dieselgate, with the cheating of U.S. laws, and the conspiracy to defraud the public, has cost Volkswagen a massive and still interim $30 billion. But the car-buying public didn’t seem to pay much attention and sales continued to grow all around the world. Sales of diesels have taken a hit and the bottom line looks a bit damaged after the massive fines and compensation payments. But long-term damage to sales and reputation hasn’t amounted to much.

Audi has appointed an interim CEO, Abraham Schot, and has suspended Stadler. Long-term Audi leader Stadler, appointed in 2007, survived a big management shakeup last year, thanks to backing from the Piech and Porsche families who control VW, with a bit of help from local politicians and unions. His contract was extended by 5 years.

Brilliant planner
Stadler was admired as a experienced operator and brilliant planner, and he might well have been promoted to the position of VW Group CEO earlier this year when Diess took over, but for the taint of dieselgate.

The dieselgate scandal has also blotted the career of former VW CEO Martin Winterkorn. The U.S. filed criminal charges against him in May. It seems fair that responsibility for the dieselgate scandal eventually found its way to the top. After all, the decision to fit U.S. diesels with a cheap anti-Nox treatment, must have raised the eyebrows of the highly qualified engineers at the top of the company that such a successful solution could have been found so easily and cheaply, the sources said. The decision to save money and use a cheap device and not the proven but more expensive Selective Catalytic Reduction (SCR) is the decision that could have brought VW to its knees, they said.

Investors will be looking for a long-term replacement at the head of Audi that can guide it through what is probably the most difficult transformation period the industry has faced in 100 years. There is electrification and autonomous cars, and new ways of vehicle ownership with car sharing to the fore. An outsider is surely going to have the strongest credentials, according to the sources.

Volkswagen has long been criticized for being a slumbering giant, controlled by local Lower Saxony politicians and unions to serve their interests rather than the bottom line or shareholders. Investors have been dreaming that one day things will change and VW will emerge as a normal international corporation which concentrates on profit margins not politics.

New approach
Professor Ferdinand Dudenhoeffer, director of the Center for Automotive Research at the University of Duisburg-Essen said it had been puzzling that Stadler had managed to hold on for so long, given his links to dieselgate.

“Everybody feels the need for a new approach. It’s very hard to see what happens next because of the strange organisational structure of VW, with family, trade unions and politicians. This is a bad structure for any corporate organisation,” he said.