In The U.S. At Least, Not Such A Big Price Contrast.

Make The Choice Before Environmental.
Gauleiters Take It Away.

From the sublime to the ridiculous. Beauty and the Beast. Little and Large. Hobson’s choice. One week I was driving the tiny little Smart city car around the highways and byways of Sussex, and the next I was behind the wheel of what seemed like the world’s biggest SUV, the Lexus GX470, tackling the snowy wastes of Detroit.

These two cars are not just on complete opposite edges of the spectrum, they are probably the ghosts of Christmas past and future. If the environmentalists have their way, we will all be driving around in Smart cars before too long. That is until we are forced out of our cars completely, and on to buses, trains and bikes.

“Shut up at the back there,” says the neo-Labour commissar in the Cars Are Evil Re-education Class. “Surely you know the only way to save the planet is for unimportant people like you to give up your cars.”

Wicked beasts like the Lexus GX470 will soon go the way of the Dodo, and their would-be drivers sent to the Gulag.

Meanwhile, we have the choice so make the most of it. 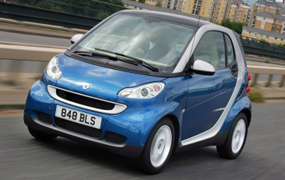 The latest version of the little Smart is much more enjoyable than the previous one I drove 5 years ago. The previous fully-automatic ‘box was very slow, and seemed to pause interminably between gears, almost hiccupping with indecision. This latest Smart, the ForTwo Coupe Pulse, has a 71 bhp 3-cylinder 999 cc petrol engine. It has a semi-automatic five-speed gear-box, which you move either by pushing a gear lever forward or back, without a clutch, or changing up by pressing on a paddle to the left of the steering wheel or down using the right side. It wasn’t lightening fast, but very effective and enjoyable to use. If you approached a junction and stopped, the gearbox automatically selected first gear. If you need urgent acceleration, just kick down on the accelerator, and the system will drop perhaps two gears to give you decent acceleration. 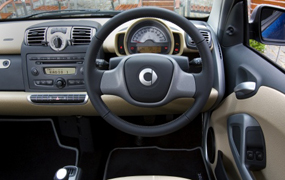 The car handled well enough, although the suspension was too harsh. It just hates the rough bits, and abhors sleeping policeman. The interior was impressive, with high quality design and materials. In fact, you could convince yourself that it was a normal car because of the width and airiness of the cabin. The rev-counter and clock sit on top of the dashboard in the middle. There must be a better place for them.

Even though this is a tiny car, I managed to load my golf clubs in the rear, plus the electric trolley and kitbag. There’s a split screen at the back and you can open up the boot from the bottom of the glass, and the bottom half folds down and outwards for ease of loading.

When you look over your shoulder though, reality hits. There is such a small distance between you, the rear bumper and the Saab-Scania trucks. When you’re driving around towns and villages this isn’t a problem. I found that in my village, people actually smiled at the car. The fact that the one I was driving was decorated like a bumble bee probably contributed. On the highway though the view behind becomes a little more disconcerting. In the wind on the motorway, the Smart feels very twitchy and vulnerable. Vehicles like the Lexus GX470 become very threatening. 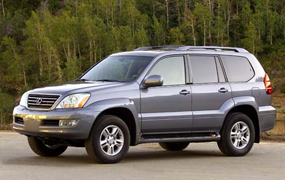 But you won’t see the GX470 in Europe. It is only on sale in north America. It is really a Toyota Land Cruiser in disguise. The engine is a V8 4.7 litre developing 285 bhp. Progress is serene and quiet. There’s leather everywhere and wood where the leather stops. From the outside the GX470 looks downright ugly, with no streamlining or any effort at all to make it look attractive. From the inside looking out, is the place to be. The GX470 oozes feel-good quality. The 5-speed automatic with overdrive goes about its business without fuss. One day it snowed heavily in Detroit, and it felt warm and safe inside. These were the conditions that SUVs were designed for and the feeling of invulnerability to anything the elements might throw at you was almost enough to make me put down a deposit. The computer measuring the fuel consumption never wavered from 16.9 to the gallon – that’s 20.1 to the British gallon (13.9 l/kms). And of course this being America, the GX470 is affordable, with prices starting at about £23,500, before tax.

I must admit to being very happy buzzing around town in the Smart, but £8,870, including air conditioning, is very expensive. You could have a Fiat Panda Multijet 1.3 diesel automatic for the same money, and four seats. Fuel economy was amazing compared with the Lexus. I managed an average 45.75 mpg, although Smart claims it will do 60.1 mpg.

Opt for the Lexus 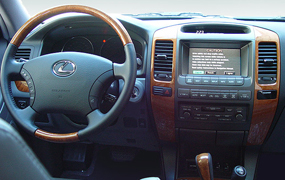 So for the choice. The Smart was very enjoyable to drive and a big improvement on the first cars. It is now on sale in America too, and although the company said it has full order books, I can’t see it being a long-term success. I’d have to opt for the Lexus, not least because it costs only just over twice as much as the Smart. It is fantastic value for money. And there is the added bonus that, until the commissars come to take you away, you will be getting up the noses of Sandelistas everywhere. 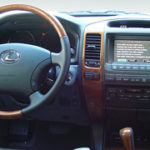 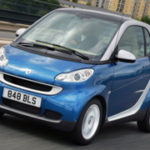 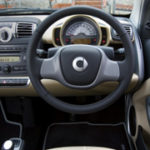 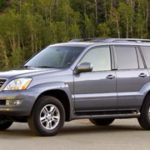 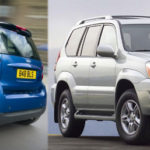