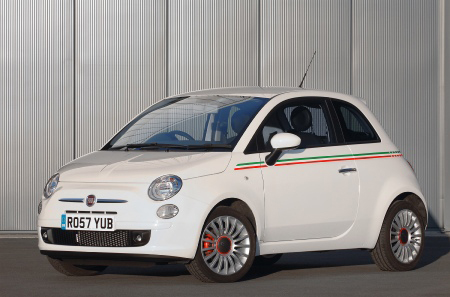 Initial Public Reaction Suggests 500 May Succeed.
Will 500 Make It To The U.S.? That’s Maybe A Bridge Too Far.

BMW inaugurated the formula with the Mini. If you make a car loveable enough, and fashionable enough, the public will buy it, even if it doesn’t really do many tasks, and frankly is poor value for money. Now Fiat is trying to do the same with the 500. 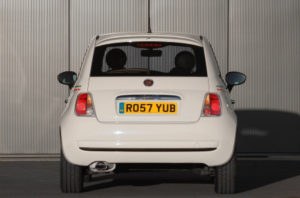 Even Americans have fallen for the Mini and who would have predicted that? If it wasn’t its cuteness that won them over, higher petrol prices did. Mercedes is also trying to do this in the U.S. with the tiny city car, the Smart. The Smart provides a much tougher ask than the Mini, with just two seats, and room for a bit of shopping in the back. You would need nerves of steel to drive it on U.S. highways and mix it with the trucks and SUVs.

Fiat CEO Sergio Marchionne has mused about eventually, maybe taking the 500 to the U.S.; but first things first.

Fiat has rolled the 500 out across Europe, and sales started in January in Britain. But will it be the success that Fiat clearly expects it to be? If success is directly linked to the amount of publicity generated, success for the 500 in Europe seems assured, although the size of the success is in question.

Nostalgia factor less away from Italy 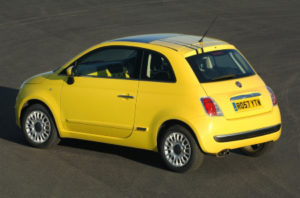 But even if it sold up to 250,000 a year, this wouldn’t have much impact on Fiat’s bottom line because it would still be less than 10 per cent of total volume. Italy has been a big success already in Italy, but outside the home market, the direct nostalgic impact might be less, and it will have fight off Fiat’s less than sterling image.

The 500 is an obvious updated reiteration of the original, iconic minicar launched in 1957. Sure, looks are personal, but clearly this one has looks to kill. Borrowing from the BMW playbook, Fiat is putting premium car quality in a sector more used to the bare minimum, and adding features which are associated with bigger cars. The 500 has ABS brakes, remote central locking, seven airbags, electric windows, parking sensors, MP3 compatible CD player and electric power steering.

The 500 drives well, with tight, accurate steering, and a slick 5-speed manual gearbox. The 1.3 litre diesel provides a surprisingly lively performance. The diesel isn’t available with an automatic. That’s a mistake. The interiors are funky.

Financial renaissance
Meanwhile, Fiat’s financial renaissance continued in 2007. The Fiat Group raised trading profit 66 per cent to €3.2 billion. That was 20 per cent better than expected by investors. Fiat Auto’s profit in the 4th quarter was €233 million, equivalent to a margin of 3.2 per cent. Marchionne announced that the group profit target for 2008 was between €3.4 billion and €3.6 billion. 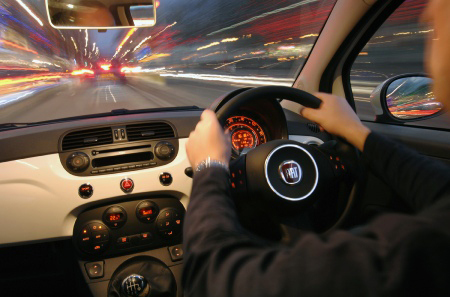 So if big spending is required to propel the Fiat 500 to success there would seem to be plenty in the kitty. BMW spent around €1 billion to establish the Mini brand. Fiat hasn’t said how much it has spent pushing the 500.

Fiat is employing some successful Mini tactics, offering a huge amount of accessories like chrome design details, special wheel rims and upholstery, to allow buyers to personalise their cars, and add some high priced and profitable options over the starting price in Britain of £7,900 (€10,700).

Panda in disguise
The car is made alongside the Fiat Panda at a factory in Poland and is really a Panda in disguise. It remains to be seen whether in a sector where customers are highly sensitive to prices, buyers will pay a substantial premium for car with style, and ignore the Panda’s utility.

Fiat probably has a better chance of success than competing minicars like the Toyota Aygo, Peugeot 107, and Citroen C1, all of which bound off the same production line in the Czech Republic, and the Renault Twingo. None of these are selling enough to generate margins of more than about 0.5 per cent, according to London stockbroker Sanford C. Bernstein &Co. 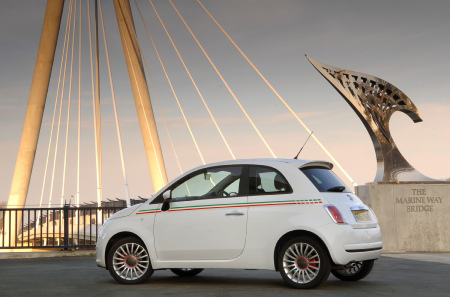 Meanwhile, Fiat has its hopes of eventually selling the 500 in the U.S. Fiat’s Alfa brand is returning to the U.S. this year with the expensive high-performance coupe, the 8C Competizione, through Maserati dealers.