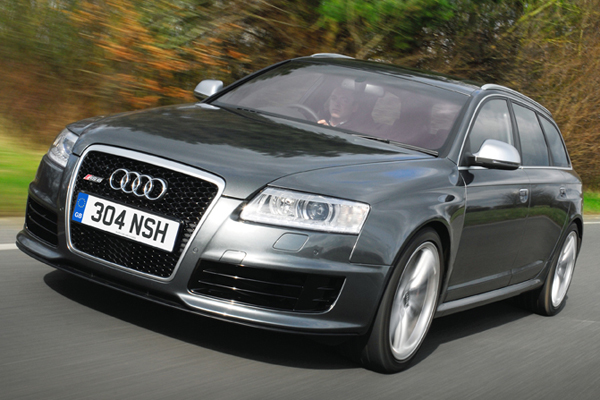 “the RS 6 will not only blast you along like a racing car, but will also do this carrying about 5 refrigerators and a wardrobe”

LE CASTELLET, France – Being rich can’t be easy. Consider this dilemma, which a handful of premier league footballers, rock-stars, or high flying city bankers will face if they’ve decided to swap some of their hard earned readies for an Audi RS 6 quattro Avant.

After you’ve plunked down £77,730 for the basic car, then chosen the colour and put on a few extras, there is one decision left to agonise over.  Should you opt for a speed limiter which cuts off the power at 155 mph, or should you let it zoom on to 175 mph before the computer does a Roberto Duran and says “No Mas”. 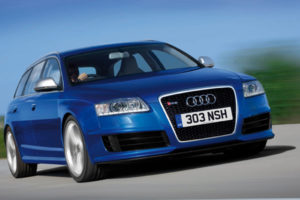 Americans will be spared this dilemma because Audi has decided that the RS 6 Avant, the most powerful production estate car in the world, will not be available in the U.S. The numbers likely to be sold do not justify the expensive process of meeting U.S. regulations. That, and the fact that the high value of the euro against the dollar makes it all but impossible for German manufacturers to make a profit on anything sold in America.

This is what they will be missing.

The four-wheel drive RS 6 has a 5.2 litre 572 bhp V10 engine boosted by two turbo chargers which uses a direct injection petrol system. The power is split 40:60 front to rear. This gives this understated-looking load-lugger amazing acceleration, on a par with low-slung Italian two-seaters. The RS 6 blasts from rest to 60 mph in 4.6 seconds, and could power on to 175 mph, if you are in a part of Germany which still has no speed limit. (You could ask me if I discovered whether the version I was driving was limited to 155 or 175, but I’m afraid I couldn’t possibly comment). The engine is based on a motor used in the Lamborghini Gallardo. Volkswagen of Germany owns Audi, which in turn owns Italy’s Lamborghini. 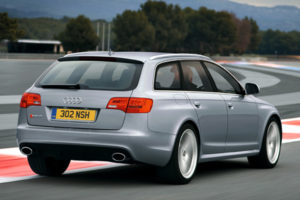 The media was introduced to the RS 6 at Audi’s spring testing centre at Le Castellet, which looks down on the Mediterranean from about 10 miles up in the mountains. The naval port city of Toulon is about 15 miles to the east and Marseilles 30 miles west. Audi says the RS 6, which has a six-speed tiptronic automatic transmission, is in an exclusive club of cars producing more than 570 bhp. This includes the Bentley GT Speed, the Ferrari 599, and the Lamborghini Murcielago. Unlike these exotic supercars, the RS6 will not only blast you along like a racing car, but will also do this carrying about 5 refrigerators and a wardrobe, if you fold the seats down for maximum lugging space.

Inside, the car reeks of quality. You could seat 5 comfortably. The driver has a thick-rimmed, flat-bottomed steering wheel, with faux aluminium trim for the pedals and gearshift paddles, in the rare event that you should want to over-ride the automatic system. Turn on the engine and you’ll hear an understated burble.

Quicksilver
Get on the open road and the burble turns into an aggressive roar as the engine moves towards the red-line. The acceleration is explosive and allows quicksilver moves to overtake and return to your side of the road. The four-wheel drive system will add to the cars adhesion to the road in all weathers, in theory. 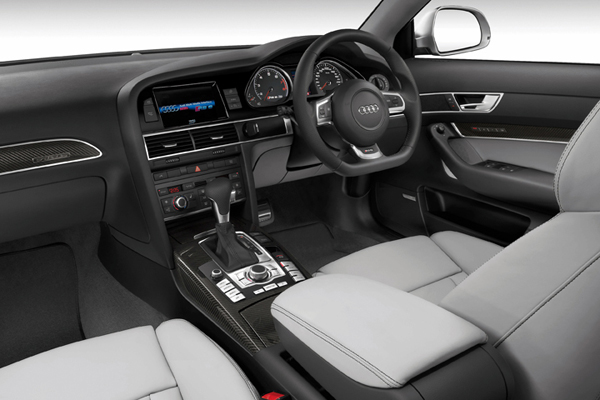 Audi has of course made sure that all the latest computerised gizmos are available to make the car as comfortable and safe as possible. The Dynamic Ride Control (DRC) connects shock absorbers on each side of the car diagonally to their counterparts using a central valve which directs the flow of oil to provide additional damping force. You can opt for comfort, dynamic or speed settings for the suspension, depending on your mood or the road conditions. The Electronic Stability Programme waits as long as possible before intervening to save your life. This can be turned off. You have to ask yourself about the mental condition of a driver who would turn this off, not to mention the policy of the insurance company. You can opt for ceramic brakes at extra cost.

Smiles
Some of Audis claims for the car might amuse.

“The most economical car in its class.”

“The lowest CO2 emissions in its class,” says Audi.

333 grammes per kilometre of carbon dioxide will have Al Gore tearing his hair out, and might even prompt a visit from the carbon-footprint Gestapo.

Can’t argue with that. 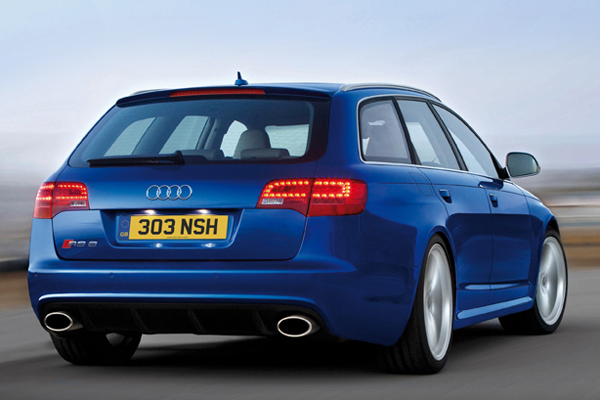 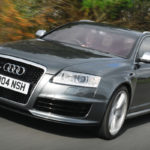 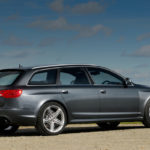 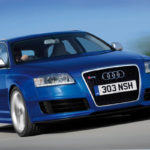 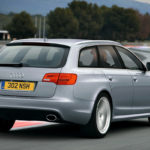 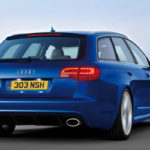 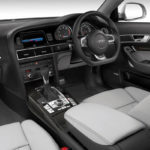