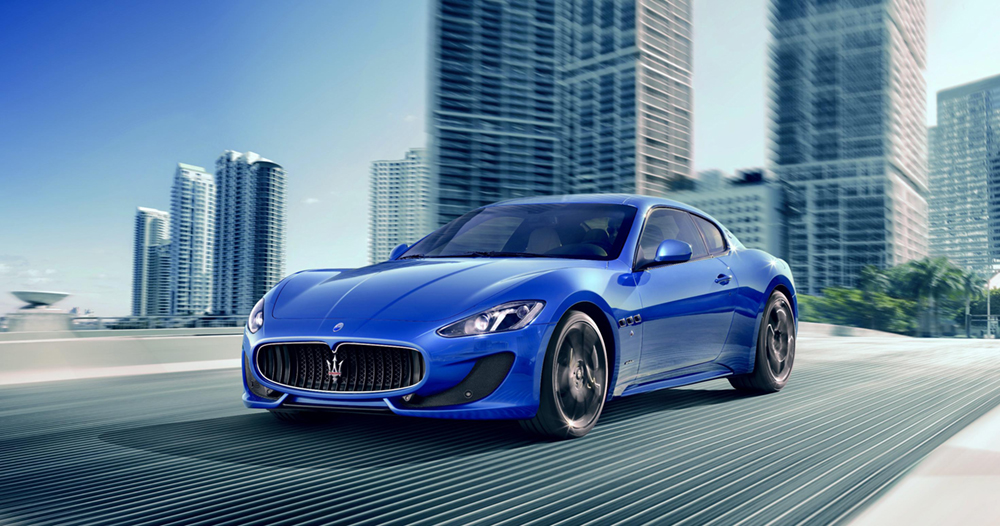 What a Choice Maserati or Aston Martin. 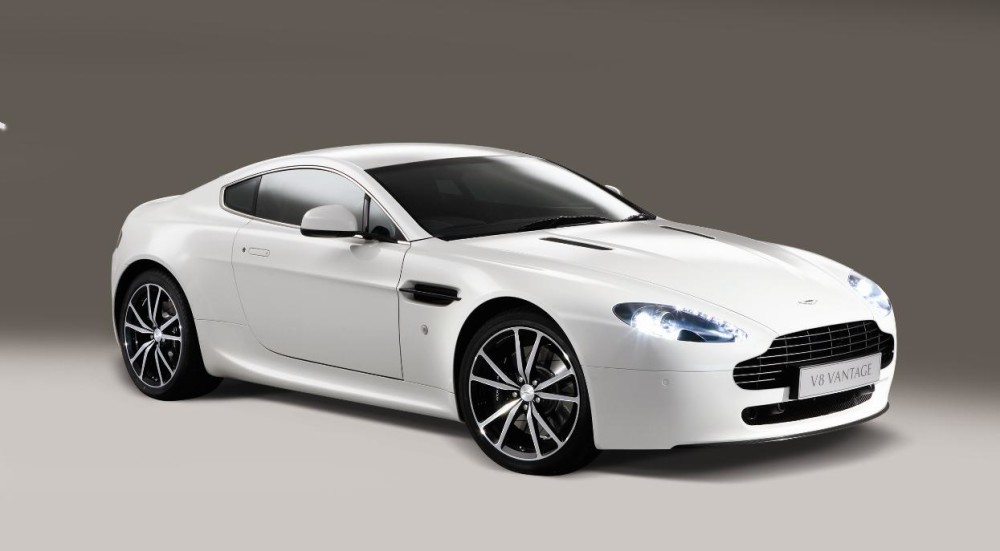 Better Buy One Soon, Before Commissars In Brussels Forbid It.

“Cars like these are going to disappear with the clamour for fuel efficiency and half-baked worries about climate change”.

It is the stuff of dreams. Imagine having the wherewithal to be able to choose between a Maserati and an Aston Martin. Clearly there are people out there lucky enough to live this way. For a week last month I was able to drive these two fabulous machines, and after much soul searching on your behalf came to the conclusion that this is an impossible choice. If you’ve got that kind of money either buy them both, or buy one for a year and then trade it in for the other.

My first impression was to recommend the Maserati GranTurismo. After all, you couldn’t really split them on grounds of quality, looks or performance. But the GranTurismo won my interim vote simply because it did more things for your money. It had room in the back for two people in comfort, and I could get my golf clubs in the boot,  or enough stuff for a week’s travelling.

Then I realised that this is the kind of small-minded thinking reserved for those with no money. If you’ve got oodles, the fact that the Aston Martin Vantage has a miniscule boot and not enough storage space for much more than a toothbrush and change of clothes just doesn’t matter. If you want practicality, you simply get the Mercedes S class or Range Rover Vogue out of the garage. You drive the Aston Martin when you want a scintillating driving experience and allow your senses to be saturated by the fabulous noise when you put the roof, and your foot, down.

Souped up
Maserati of Italy, half brother of Ferrari, and owned by Fiat is going from strength to strength with sales burgeoning and more models appearing. At the Geneva Car Show last month, Maserati unveiled its latest creation, the GranTurismo S, a souped-up version of the GranTurismo.

I’ve just been driving the regular GranTurismo, and the last thing you would think it needs is souping-up. This car has a 4.2 litre 405 bhp V8 engine made by Ferrari, which blasts it from rest to 60 mph in 5.1 seconds. On the track, the Millbrook testing grounds about 30 miles north of London which Maserati had rented for the day and which has a two-mile bowl, you could have found out if the claimed top speed of 177 mph was attainable. I didn’t have the bottle. It certainly goes fast enough though. 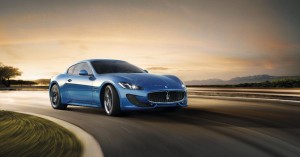 Suffice to say that the car handled impeccably, had a fantastically classy interior, and looks stunning. The six-speed ZF automatic transmission is located directly behind the engine and has been modified by Maserati to handle the high revving, up to 7,200 rpm, engine. It did this impeccably. The gearbox location gives the car a near perfect weight distribution of 49 per cent at the front and 51 per cent rear.

Rumble-come-whine
This coupe only has two doors, but there is plenty of room in the back.

Maserati has spent some its research budget making the engine sound amazing. I can attest to the striking, rumble-come-whine of the motor when you put your foot down. The Skyhook suspension is linked by computer to the steering which almost instantly tightens or loosens the system depending on driving conditions and driving style. 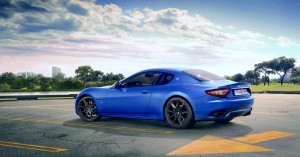 The new “S” version has a 4.7 litre 440 bhp V8 engine. It also has a robotised gear box like Formula 1 racing cars. You push buttons to move up through the gears and back down again. The “S” will cost about 15 per cent more than the regular GranTurismo, which retails at £78,500. Rivals include the Jaguar XKR, the BMW M6, Mercedes SL, Porsche 911 and the Aston Martin V8 Vantage.

Aston Martin Vantage Roadster; just saying the words makes the hair on the back of your neck stand up and your knees go weak.

A big truck showed up at my house and the Vantage was disgorged. It looked terrific. This was a manual version with a six-speed gearbox, and a 4.3 litre V8 engine that produces 380 bhp. My first drive, in the rain with the hood in place, was impressive enough. But later when the sun came out and the hood came down, (press one button, hold it, roof disappears) the car came alive. Not only did it look fabulous, but the noise from the engine was much more noticeable. As you amble along, the noise is understated and suggests sophisticated, engineering perfection. But when you floor the accelerator and the revs climb past 3,500, the engine suddenly blasts out a noise that says scary, brutish, unrivalled power.

Half-baked
Cars like these are almost certainly going to disappear as the clamour for fuel efficiency and half-baked worries about climate change give our governments the excuse to bring them to heel. I’d expected that the car would generate animosity, but in fact it inspired waves and smiles. Passing a group of cub-scouts in the countryside, they waved and cheered. In filling stations (at 19.8 mpg, you get to see plenty of those, and incidentally, this is the first time my test mileage beat the manufacturer’s claim), people were anxious to talk about the car. At the cash desk, a normally taciturn female assistant said “That’s an Aston Martin isn’t it? Lovely.”

“fascist zealots who control the EU plan to bankrupt manufacturers of cars like this in the name of saving the climate, but really because of class war fanaticism and envy”

The car’s interior is snug, very cockpit like, with no room to spare but comfortable. There is some storage space, but not a lot. The trunk is tiny, with only room for a soft, weekend bag or two. There’s more room in a Smart car. I’d expected traditional wood trim, but this one had high quality leather, plastics and aluminum. I couldn’t get my golf clubs in, but if you can afford this car, you probably own your own golf course, or can afford to have a separate set of clubs at all your favourite courses. 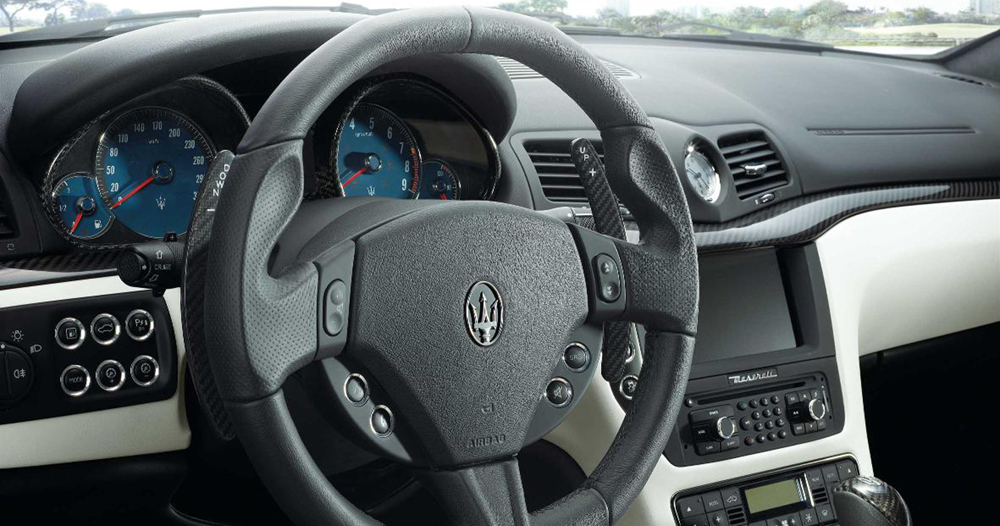 The gear change was fast and slick. (There is a six-speed clutch- less manual option). The engine is so flexible that you can leave it in top gear and it will pick up from quite low speeds. The steering was quick and tight and the suspension borders on the harsh. For some reason the switch to open the fuel tank was hidden, requiring a handbook consultation. The handbrake was a traditional lever, but, confusingly, flopped to the floor when engaged. To disengage it you pull it up, wait to feel pressure, then it flops to the ground again. Surely this car needs an electronic handbrake.  The instruments were tasteful and neat, with the speedometer ending at 220 mph. When you turn on the engine the dashboard display says ““Power, beauty, soul”, and the computer revs the engine, flaunting the V8 howl.

Thanks for the memory
Can you imagine my anguish when the truck returned and took the Vantage away? The fact that the fascist zealots who control the European Union and their hand-wringing apologists here plan to bankrupt manufacturers of cars like this in the name of saving the climate, but really because of class war fanaticism and envy, means that it won’t be long before an experience like this will be history.

Thanks for the memory, Maserati and Aston Martin. 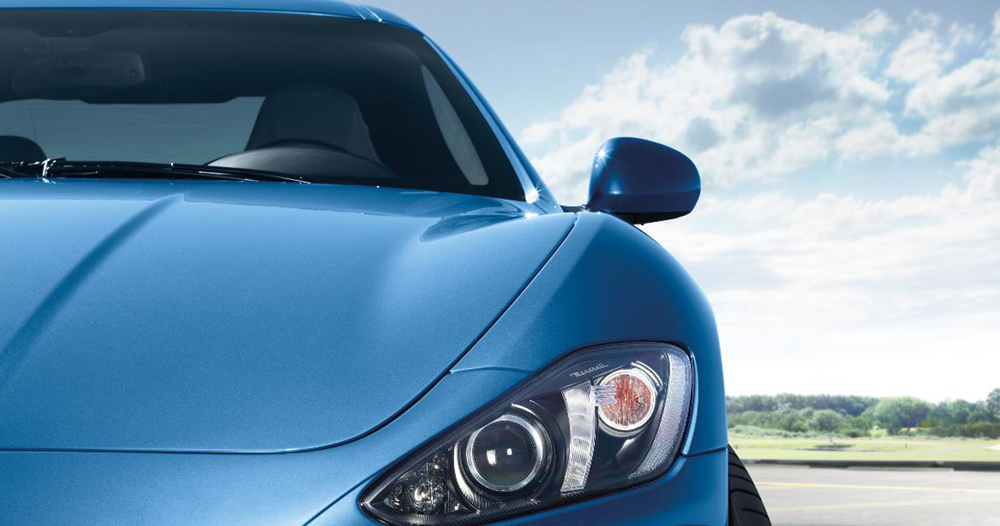 Maserati is an Italian luxury car manufacturer established in 1914. The company's headquarters are in Modena, and its emblem is a trident. It has been owned by the Italian car giant Fiat S.p.A. since 1993. Inside the Fiat Group, Maserati was initially associated with Ferrari S.p.A., but more recently it has become part of the sports car group including Alfa Romeo.