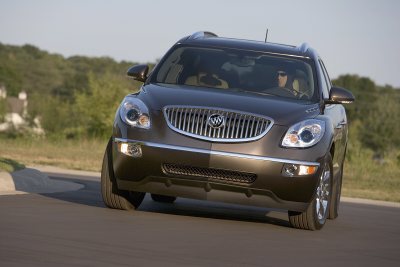 SCOTTSDALE, Arizona I only get the chance to drive a limited range of American cars in Europe, so when I got off the plane in Las Vegas for a drive to Arizona and the car rental company offered a Buick Enclave, I jumped at the chance.
After all, this was a crossover SUV that was apparently setting the market alight with its great looks and keen pricing. Even Tiger Woods drives around in one. Money clearly isn’t a problem for Tiger so I’m assuming he’s not plugging the car on American TV for the readies.

The Enclave’s styling is certainly very attractive, despite its bulk, and when you climb into the driver’s seat the interior, with its leather and wood, reeks of sophistication and high quality. There is a huge amount of space, with a third row of seats or massive storage capacity. 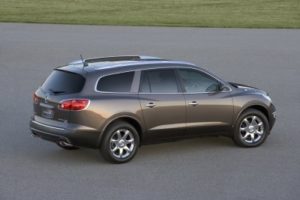 The driving experience was surprisingly good, although the heavy Enclave struggles a bit if you want acceleration from low speeds. On the highway the Enclave felt nothing less than serene. At high speeds on the sweeping bends down Interstate 17 from the northern Arizona high country to Scottsdale, the Enclave felt glued to the road, with little body roll and incisive steering. When a highway patrol car appeared suddenly in my rear view mirror, sirens wailing and lights blazing, the Enclave flicked into the inside lane with little fuss. The police weren’t after me, although earlier the quietness and lazy power of the engine had induced some illegal speeds. The six-speed automatic gearbox has a clever manual override if you feel the need.

Fuel economy was impressive, with 20.7 miles per U.S. gallon (17.2 British ones) over the 500-odd miles of the test. But much of this was cruising effortlessly along empty roads between Las Vegas, Nevada, Flagstaff, The Grand Canyon and Scottsdale. Don’t expect much more than 16 mpg (13) when the traffic builds up. 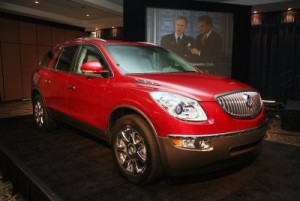 Which brings me to a special plea; why is that signs on American roads give such opaque information to foreign drivers? Heading out of Las Vegas, hopefully heading south-eastwards towards Flagstaff, the road signs offer choices like 93 South or North, and a string of anonymous small towns. It wasn’t until I reached the Hoover Dam and was able to speak to the Ranger on security duty that I finally realised I was on the right road. More highway information about medium and long-range cities please, America.

This Enclave is a mighty impressive package, which goes a long way to restore confidence in the ability of General Motors to rise up and beat the competition, in this case the BMW X5, Acura MDX, Lexus RX350, and Volvo XC90. 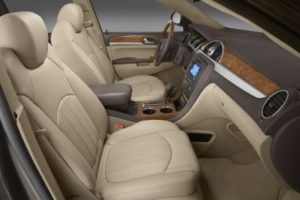