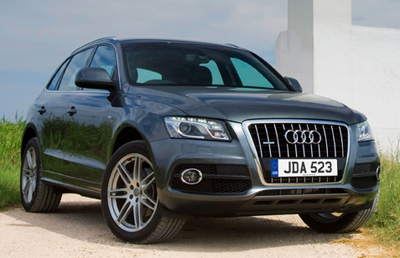 Great Quality, Sophisticated Ride, Handling; But Pricey.
Modest Looks Fail To Inspire Wow! Factor, Until You Drive It.
**** out of 5

GRANADA, Spain Audi took its time getting into the compact premium SUV market, so you’d expect that this rival for the BMW X3 would be a formidable player.

Unfortunately for Audi (and perhaps Volvo too which is also currently launching its own premium compact SUV the XC60) time maybe running out for even these medium-sized 4x4s, given political pressures from our masters in Brussels. 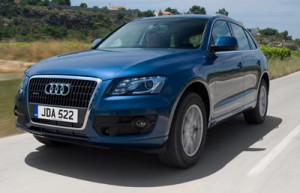 But while they’re still legal, enjoy. The Q5 must be about the best handling SUV ever. It was a gem on the highways and mountain roads around this ancient town in southern Spain, with eerily quiet petrol and diesel engines. It wafts its way over bumps in the road. It doesn’t seem to roll much in the corners, as you’d expect from a vehicle built on the bits and pieces from the recently revamped A4, and A5 coupe. The steering feels tight and quick. New technology is everywhere, including the most advanced cup holder ever, and a fantastic double clutch automatic gearbox. Convenience options are also interesting, including a gizmo to govern when the headlights are on full beam, a panoramic sliding sunroof, “climate controlled” seats, and a rear seat which slides to raise boot space and increase flexibility. The sat nav system has 3-D imaging. 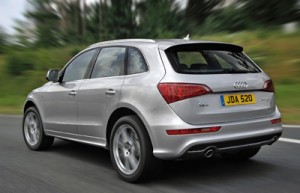 The longitudinally mounted engines on offer at launch – a 2.0, 168 bhp litre diesel, a marvellous 2.0, 208 bhp litre turbo petrol of which more later, and a 3.0 litre, 237 bhp diesel are top class. The 2.0 litre diesel has an optional six speed manual as well as the 7-speed S tronic twin-clutch automatic. So far, the other two only come with the twin-clutch auto. The Q5’s looks are, not surprisingly, an echo of its big brother, the massive Q7. Also formidable are the prices, although to be fair to Audi, the cars available on the launch were specced up to the nines, with the cheapest version costing about £38,000-€44,700. In the real world, prices start at a more modest £27,650-€32,550 for the 2.0 TDI. Come to think of it, that’s still pretty pricey. Deliveries start in early 2009, if the global economy still exists.

Serenity now
While most of the automotive industry fights to keep its head above water, Audi, the luxury subsidiary of German mass car manufacturer Volkswagen, sails serenely on. 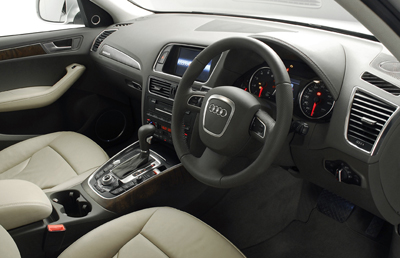 Investment banker Morgan Stanley says Audi is now the most profitable European premium manufacturer. Despite the horrendous outlook here and for the U.S. next year, Audi global operating profits will hit 8 per cent in 2009, while BMW will do well to stay in the black. Mercedes will likely earn a paltry 2.5 per cent. In the U.S. though, Audi still struggles to make money. The Audi magic has yet to take hold there.

The Q5’s most formidable attraction won’t be available in American initially. Its high tech little turbo-charged 2 litre petrol  direct injection engine produces an amazing 208 bhp and an impressive 33.2 miles per gallon-8.5 l/kms, Audi claims. The computer readout on the model I was driving though, didn’t seem to show it could do much more than about 21 mpg-13.5 l/kms, but that’s probably not a fair appraisal. Time will tell. But the DSG gearbox is a wonder. Audi calls it the seven-speed S tronic twin-clutch transmission, and it provides lightening-fast changes. In fact, as you change gear, the car is always under power because the computerised gear change just shifts the power application from one clutch to another. Er, hence the name. This also gives amazingly rapid kick-down too for swift, safe overtaking. Economy is said to be superior to a manual box 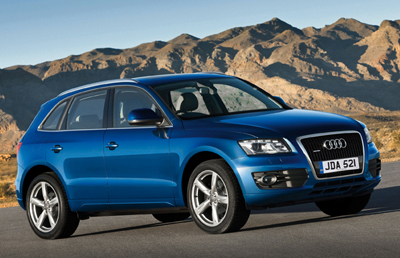 Hot or cold
Another world first for Audi is the advanced cup holder, which not only keeps your coffee warm, but can be switched to refrigeration mode for your cold drinks. Another neat new idea is High Beam Assist, which automatically dips headlights when another vehicle is approaching.