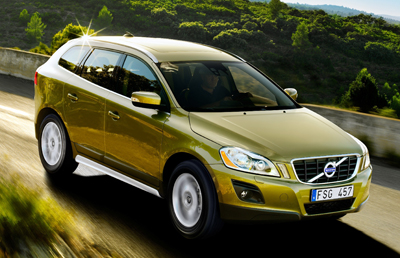 Nifty Slow-Speed Crunch Avoider Might Be A Deal Clincher.
**** out of 5

“repetition of global warming mantra is enough to establish the fact”

EDINBURGH, Scotland What a time to launch a new SUV. 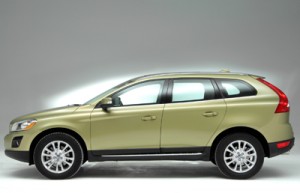 Not only are markets in Europe crumbling as the new Volvo XC60 is introduced to the market, but the European Union is determined to outlaw bigger gas guzzlers, which it says, emit more than their fair share of carbon dioxide (CO2) and are therefore warming the planet. It’s not only Volvo which is finding that a long-established model programme is falling foul of the malign combination of the credit crunch, and the ascendancy in politics of those that would dictate our behaviour in the name of a spurious theory called anthropomorphic global warming. Audi is also about to launch a medium-sized SUV, the Q5. Good luck to Audi, too. Not to mention just about all the other manufacturers who now sport a range of SUVs.

You can’t fight climate change. Climate changes over time for reasons not yet fully understood by scientists. Don’t blame this on CO2-belching SUVs.

The global warming issue has become a convenient vehicle for politicians of the left to order people about. The idea that human activity induces climate change has become so much the conventional wisdom, even politicians of the right have given up arguing. It seems that mere repetition of the mantra is enough to establish it as fact.

“science linking changes in the weather to human activity is amazingly thin. Nobody can point to any direct evidence” 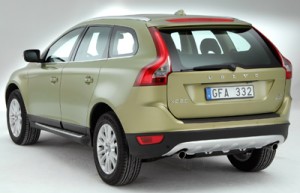 Now, anybody who has bothered to delve into this climate change business finds some shocking facts. (As a former Science and Technology Correspondent for Reuters, I know what I speak of here) First of all, the scientific justification linking changes in the weather to human activity is amazingly thin. Nobody can point to any direct evidence. The best that the warmers can do is to labour some coincidences. You will also find that the warmers rely on computer models, which extrapolate much dodgy data and are suspected of being loaded with tainted information seeking to bring forth the answer the perpetrators desire.

So this is not time to have spent a huge amount of money on designing and marketing a new SUV. Maybe if the current winter brings tons of snow and hell freezes over, that would be a great time to own an SUV, and just might sow seeds of doubt into our arrogant politicians determined to “fight” climate change by destroying our economy. 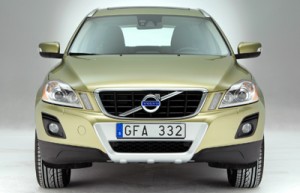 The XC60, it has to be said, is a terrific example of the genre. It’s big too. I was expecting something similar to a Ford Kuga, but the XC60 is much bigger. Because it’s a Volvo, the XC60 is dripping with aids to stop or mitigate the impact of accidents. There is the Collision Warning with Auto Brake, which contributes to braking at high speeds when the computer senses imminent danger. Pre-Prepared Restraint uses lasers to detect accidents and tightens the seat belts and primes the airbags. There’s a gizmo to let you know a vehicle is overtaking in your blind-spot. And it has a new device called City Safety. This uses radar technology to either cut out shunts in traffic, or mitigate the impact. When the XC60 is in traffic between speeds of 2 and 20 mph (20 is roughly 30 km/h) the radar technology senses an imminent collision and applies the brakes. Volvo says that 75 per cent of all automobile collisions occur at these speeds. Europeans using City Safety (and it is standard equipment on the XC60) will be able to negotiate a 10 per cent cut in their insurance premiums, according to Volvo.

Volvo describes the XC60 as a crossover, meaning that it has more in common with a car than a truck, and it is smaller than the massive XC90. This also means Volvo can avoid the use of the dread acronym SUV. The XC60 is a handsome looking machine and the rakish angle of the rear gives an exciting look from the side. Its looks have a lot in common with the much bigger XC90, but the earlier, bigger sibling looks quite plain in comparison.

Two diesels
There is a choice of 3 engines – two 2.4 litre five cylinder diesels and a straight six-cylinder, 3-litre petrol motor. The 2.4D produces 163 bhp and the Diesel D5 185 bhp. Both are said to achieve 34.0 mpg and 219 g/km in six-speed automatic form.  Next year there will a front-wheel drive version. One day there may a hybrid too. The 3-litre straight 6-cylinder motor is a gem. I drove this version on a fabulously beautiful piece of countryside from Lochearnhead north of Glasgow, and Crieff, to Perth, which runs alongside a breathtaking series of lochs and hills, before turning south to Edinburgh. The fuel consumption seemed brutally low. On this run, which included much 40 to 50 mph stretches on country roads as well as rain-restrained motorway driving, the computer was showing just over 21 mpg-13.5 l/kms. Lord knows what it would be if you actually measured it.

The suspension on the XC60 is first-class, giving a regal, supple ride. The 6-speed automatic does its stuff unobtrusively. The car oozes luxury and feels a bit like a small Range Rover Sport as it gobbles up the miles. The dashboard was a bit sombre, and the nasty wood inserts soon dashed any thoughts that this might be a Range Rover in disguise. The aluminium look is much better. Volvo didn’t brag much about the XC60’s off-road ability. It spent all the available time explaining the powers of the City Safety system. But I would assume that it was just as capable as the competition. Who cares anyway? 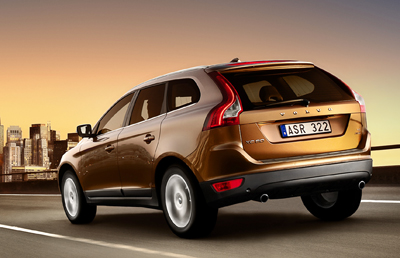 Driver’s memory seat
The XC60 comes in three versions. The cheapest S includes cruise control, an information centre, brushed “aluminium” trim, and all the safety gizmo acronyms including City Safety. Prices start at £24,750-€29,250. The SE adds things like hill descent control, and a driver’s memory seat. SE Lux includes leather, wood trim, 18 inch wheels, and headlights which look around corners. Volvo hasn’t yet said how much extra the essential automatic gearbox is. The rear seats split 40-20-40, which will let you transport something long and thin, and four people at the same time.

Perhaps the most significant factoid about Volvo right now is the news from Detroit that in the 3rd quarter, the Swedish company lost almost half a billion dollars. Owner Ford has denied it plans selling the company any time soon. Those numbers make it clear that no sale is possible.