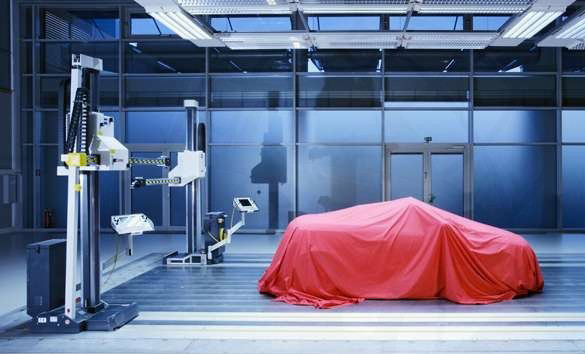 European has long been criticised for too much capacity chasing too few buyers producing a relentless shaving of profit margins. Manufacturers end up buying new sales to keep lines moving.

“How do we take capacity out in an orderly way?”

Ford of Europe looks best placed to survive the fallout of any Detroit Big Three financial disaster, but GM Europe’s future looks cloudy, while some European experts are trying to look past the current market turmoil for signs the automotive industry can emerge from the wreckage slimmed down but healthier.

While it’s not yet clear to anybody here how Washington will finally deal with the bailout requests from General Motors, Chrysler and Ford Motor, experts and academics fear an orderly Chapter X1 bankruptcy may be the best hope for General Motors.

This will have immediate repercussions in Europe.

“The consequences will extend beyond the Detroit companies and may have serious near-term negative impacts on European and Japanese manufacturers, due to the likely collapse of parts of the U.S. supply base and possible related supply disruption outside the U.S.,” said Max Warburton analyst, with London based Bernstein Research.

But any chaos in the U.S. could bring advantages to Europeans, at least in the long term, and might trigger a huge restructuring as companies with healthy balance sheets like BMW and Daimler seek to pick off the healthy bits of strugglers like the European subsidiaries of GM and Ford.

“Longer term, large capacity cuts by the Detroit companies may bring significant structural benefits for European and Japanese volumes and for returns – and open up M&A (mergers and acquisitions) opportunities in Europe, Brazil and Korea,” Warburton said.

Any aggravation in Europe might at least trigger a long delayed chance to put the industry here on a more sensible footing. The European industry has long been criticised for having too much capacity chasing too few buyers producing a relentless shaving of profit margins. Manufacturers end up being forced to virtually buy new sales with crippling discounts just to keep production lines moving.

Overcapacity
“This is a once in a lifetime opportunity for politicians to rise to the challenge to sort out problems with car companies that the market has been unable to sort out. It has been haunted by overcapacity and low margins and something really needs to be done in the U.S. and in Europe. Will we take it? Quite possibly not,” said Professor Karel Williams of Manchester University’s Business School.

The immediate focus of attention in Europe of any business failure in the U.S. would be the U.S. subsidiaries.

According to Professor Ferdinand Dudenhoeffer, newly appointed to the chair of automotive economics at the University of Duisburg-Essen in Germany, said a Chapter XI filing for GM in the U.S. would pose big problems for GM Europe. Ford Europe is in a much better position to ride out the storm, even if its parent declared bankruptcy.

“GM Europe would have to go into the European equivalent of Chapter XI. In my opinion, nobody would want to buy the whole of it. They would wait for bankruptcy to be filed, then they won’t have to take on the legal and social and pension liabilities and can start with the employees they want. Maybe a Chinese company would want to buy the Opel brand, or maybe Toyota which is not so strong in Europe,” Dudenhoeffer said.

“Is this the thunderbolt that sets off the restructuring?”
“Saab is a mess and there’s no indication it will improve in the future. Making Cadillacs at Saab was a decision that went extremely wrong. I’ve not seen a successful management decision at GM Europe in 5 years. It didn’t decide to close any plants in Europe and that was wrong. It faces a very tough story for the future and I personally don’t see any hope that it will manage to turnaround,” Dudenhoeffer said.

“It is completely another story with Ford. It has been doing well in Europe, making about €800 million last year (about $1 billion) and was making a profit up to the 3rd quarter. It’s got good products like the new Fiesta, Ka, Kuga, Mondeo and Focus. Compared with GM and Opel it has a far better model line and far better capacity management compared with GM Europe,” according to Dudenhoeffer.

For what it’s worth, last week the Opel/Vauxhall Insignia, a mid-sized sedan which competes with the Ford Mondeo and VW Passat, was awarded the coveted European Car of the Year Award 2009, with the Ford Fiesta in 2nd place and the VW Golf 3rd.

Looking across at the industry in Europe, John Wormald, analyst with British automotive consultancy Autopolis, agrees that the current convulsions in the industry should be an opportunity to make some long awaited changes.

“Is this finally the thunderbolt that sets off the restructuring, yes possibly,” Wormald said.

European carmakers, like their U.S. counterparts, have sought a massive financial bailout from their political masters.

Crushes value
“The industry has got to change its behavior, stop this endless product proliferation and renewal which ends up churning out more models much like the ones they replace and just pushes up fixed costs and crushes the value of the old models. The whole thing is a nightmare. The business model has to change, but is there anyone in government who understands this,” Wormald asked.

Wormald wants some manufacturers to stop producing their own engines and many components and narrow down their supply base and slash costs. He wants the retail side to be rationalized too with more multi-brand dealerships and car supermarkets.

“Today’s volumes are too high. Yes, people do need cars, but I want to seen much more sensible (longer) life cycles and a higher level of technology. There is a big opportunity if you’re prepared to step up,” Wormald said.

“If I was in charge of the E.U. or I was (President-elect Barack) Obama I would be asking how do we take capacity out in an orderly way. Markets have been artificially fed by cheap credit in the last few years. That’s had the benefit of making cars cheap, but it’s also brought sales forward. If Ford and GM were restructured in the U.S. they should be substantially shrunk. You detach Ford Europe and GM Europe from their parents. Why not team up GM with Fiat (of Italy) subject to conditions that took out a few hundred thousand of capacity. Others like VW, and Renault and Peugeot of France should be encouraged to reduce capacity,” Williams said.

Could the Germans buy European Ford or GM?
Meanwhile, Bernstein’s Warburton sees some interesting combination possibilities in the short-term, in a report with a section headed “M&A: Buying Scale – and Lower CO2 – could the Germans purchase Ford or GM Europe?”.

“The Germans (BMW and Daimler which owns Mercedes) cannot do cost-competitive small cars. We think it is increasingly possible that BMW and Daimler may move to buy a volume manufacturer, particularly if financial distress and crushed valuations make it “cheap” to do so, at least initially,” he said.

(Like in the U.S., European governments are tightening up fuel efficiency rules, which means lower carbon dioxide (CO2) emissions. Luxury carmakers need to make more smaller cars if they are to survive).

“It’s worth noting that Daimler could buy Peugeot-Citroen of France – all three million units per annum of it – for little more than the development costs and losses incurred on the A-class (small car) and Smart (city car). We see the following deals as feasible,” Warburton said.

·      BMW or Daimler buying or partnering with Ford Europe or GM Europe – “we believe BMW, Ford have already discussed this”.

·      BMW or Daimler buying or partnering with Peugeot-Citroen.

“It’s probably premature to forecast deals. But we believe the cash-rich Germans and the cash-poor Americans or French are going to start talking soon,” Warburton said.