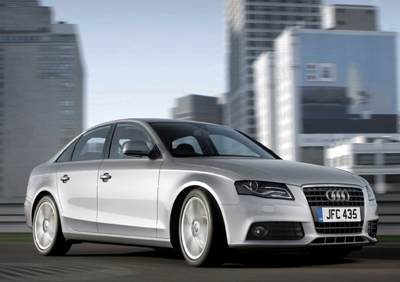 Evolution Not Revolution For New Audi A4.

FARO, Portugal I was getting quiet beside myself before I saw the new Audi A4.  After being dazzled by the design of the recently launched Audi A5 coupe I was wondering whether the German luxury carmaker might have forsaken its conservative, gradualist approach to car design.

The new four-door A4 saloon, on sale now across Europe, is a development of the two-door A5 and has much technology in common under the skin, but it looks much less daring. After all, it has to appeal to a much wider audience than the niche A5, and has to take on the mighty BMW 3 series and the Mercedes C class. 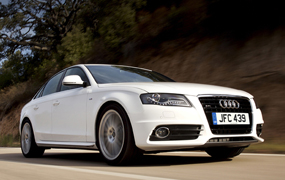 The top of the range petrol version, the 3.2 litre 265 bhp V6 FSI Quattro wasn’t on show at the European launch here; all the versions were diesel – 2.0, 2.7 and 3.0 litres – not surprising when you consider that every other car sold in Europe is a diesel. The range will also include an entry-level 1.8 litre direct injection petrol engine producing 160 bhp.

There’s no doubt that the petrol versions will have the same tight, accurate steering, and road holding that feels as though the car is glued to the tarmac. 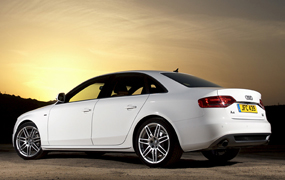 Most A4s will be available with six-speed manual gearboxes, although the 2.7 diesel, is only equipped with a constantly variable automatic transmission.

Four-wheel drive is an option across the range. The hand-brake is electronic, and will hold the car on a hill until you’ve engaged the clutch and are ready to pull away. You can opt for a 505 watt B&O sound system. The standard specification models are called SE and include windscreen wipers which start themselves when it rains, automatic headlights for buyers who can’t tell when it’s getting dark, rear radar parking, and daytime running lights. The trim also includes brushed aluminium decoration, two-12v power sockets, and a so-called intelligent key. The next step is “S line” ands this adds sportier things like lower suspension, 18 inch wheels, Xenon headlights, and paddle shifts for automatic models.

In the unlikely event that the handling isn’t tight enough for you, Audi has added some technology. Audi Drive Select lets you opt for “comfort” or “dynamic” settings. The latter will sharpen steering, throttle, suspension and automatic gearbox responses. Has anybody buying an expensive car like this every opted more than once for “dynamic”?

Jolt you into action
More useful is the Audi Side and Lane Assist system, which sets off a buzzer if a car approaches from behind on a motorway in your blind spot, and will jolt you into action if you stray across lane markings. 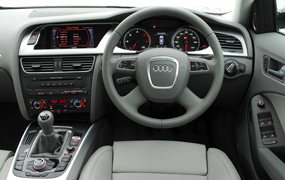 With climate change and carbon footprints in the headlines, it is surprising that Audi hasn’t added any great environmental technology improvements with the A4 range, its most important car. Its bitter rival BMW has added, across all its cars, “stop start”, which switches off the engine in traffic jams and fires it back up when required, and “regenerative braking” which captures wasted energy as the car freewheels.

So far no word from Audi on this, although it does say that the A4 has class-beating wind-resistance, which will improve fuel consumption. Weight savings and engineering advances have improved fuel efficiency by 15 per cent. 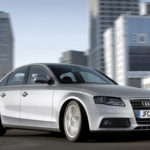 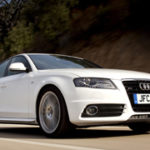 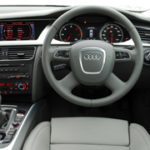 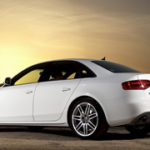