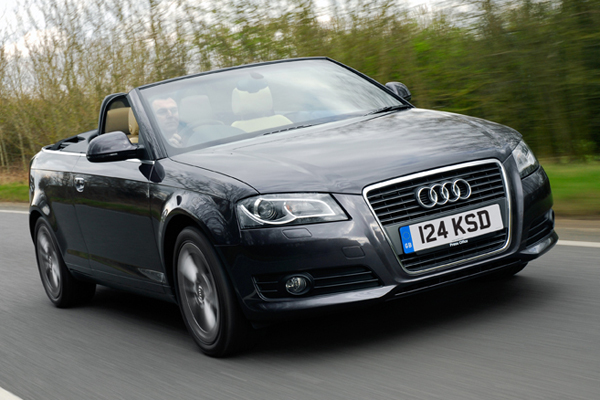 Fabric Roof Frees Up Space In The Boot, Increases Rear Leg Room.
Go For The Top Diesel With Dual Clutch Automatic.
**** out of 5

LE CASTELLET, France You’ve heard all the claims about how the Morris Canardly zooms to 60 mph from rest faster than the Robin Reliable, or wins the race for the standing quarter mile, or brakes more quickly from 80 mph to zero.

But I bet you’ve never heard this.

The fabric hood on the new Audi A3 Cabriolet removes itself twice as fast as the ragtop on the BMW 1 Series Convertible. Audi claims that it takes 9 seconds to reach for the sky if you’re sitting in the A3, compared with an outrageously slow 22 seconds for the BMW. 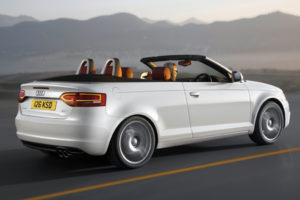 In fact, it took the A3 Cabrio 11 seconds, according to my watch when I drove the car recently. I suspect Audi knows more about selling cars than I do, so I can only wonder at the thought that buyers with the kind of money it takes to buy a little A3 Cabrio (and it’s not cheap) will be bragging to their friends about having the fastest hood removal mechanism since Eliot Ness.

And it is a smashing little car. It looks cuter than the average bear. It handles beautifully. Unlike coupe cabriolets which have steel roofs which fold into the boot, the fabric roof of the A3 compresses into a such a small space it doesn’t really impinge on the space in the boot.

“The folded hood is set down in a compact sheet steel compartment that is separate from the boot and therefore doesn’t impair luggage capacity,” says Audi.

Ample legroom
There are rear leg-room and other load lugging benefits too. 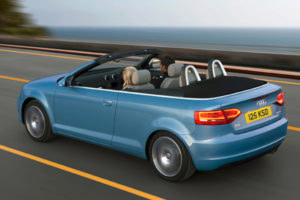 “Because the luggage space is unaffected by the retracted hood, it has not been necessary to move the rear bench seat further forward. This leaves ample legroom at the rear thanks in part to the generous wheelbase of 2,578 millimetres (8 feet 9 inches). The split/folding rear seat back – stand across the range – boosts load capacity from 260 litres to 674 litres,” says Audi.

And the hood does present a quality problem. When the roof is folded down it leaves a small, open area on either side because there is no cover to hide the mechanical bits. That calls for a modest redesign, I think.

When the A3 Cabrio goes on sale in Britain in May, there will be two petrol versions and two diesels – 1.8 litre/158 bhp and 2.0/197 bhp patrols – 1.9/104 bhp and 2.0/138 bhp diesels. On the launch at Le Castellet, I drove the more powerful petrol (six-speed manual) and diesel versions, and the diesel, which was mated to a dual-clutch automatic gearbox was the pick of the er bunch.  The twin-clutch automatic changes gear quickly and cleanly, and in some versions gives better fuel consumption.  The 2.0 TDI matches the manual version from rest to 60 mph at 9.7 seconds, but can’t match the fuel consumption – average 50.4 versus 53.3. The more powerful petrol engine reaches 60 mph in 7.3 seconds, but doesn’t really feel any quicker.

Semi-automatic hood
Prices start at £20,750-€25,900. There are three specifications – Standard, Sport (plus £1,400-€1,750) and S line (plus £1,550-€1,900). Standard includes alloy wheels, semi-automatic hood, air conditioning, powered windows and a CD system. Sport and S line include an automatic hood. Sport also adds bigger wheels, sports suspension and sports seats. S line has even bigger wheels with nattier spokes, leather seats and multifunction steering wheel and paddle-shift controls for the dual-clutch automatic, (plus £1,400-€1,750), bi-xenon lights, LED daytime running lights, and alloy touches here and there. This also has body decoration to make sure people know you’ve got the top of the line version. 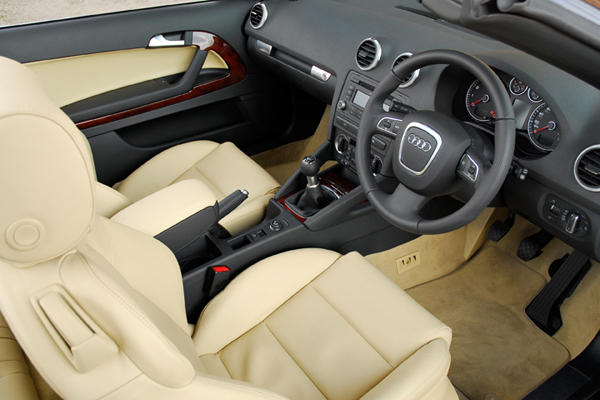 The A3 Cabrio was introduced to the media at Audi’s spring testing centre at Le Castellet, which looks down on the Mediterranean from about 10 miles up in the mountains. The naval port city of Toulon is about 15 miles to the east and Marseilles 30 miles west. It was bitterly cold, believe it or not, in mid-April, but with the wind deflector in place, the cockpit was still a cosy place to be with the roof off.

“Clear the bar in 9 seconds flat”
There’s plenty of competition in this sector (see table below), if you assume that coupe convertibles (CC) – steel roofs which fold into the boot – are included. The rag tops have the edge in boot space, which is a serious problem for the CCs, but of course if you are of a nervous disposition and like the security of steel over your head, there is no argument. CCs also have the edge in security.

If you opt for the Audi, I can’t wait to see the reaction in the saloon bar when you impress your friends with the speed of your hood. Could you clear the bar in 9 seconds flat? 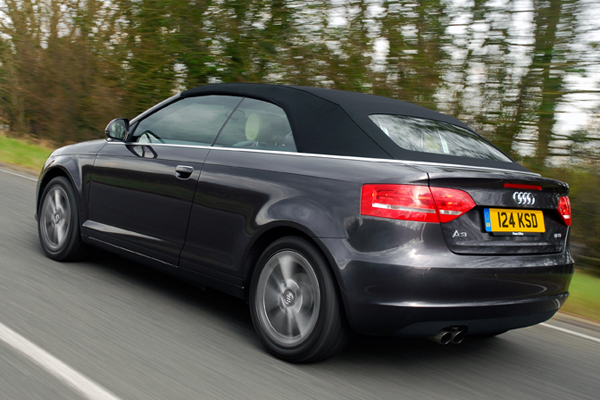 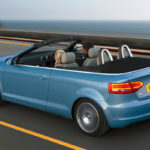 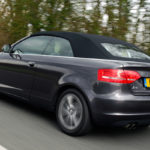 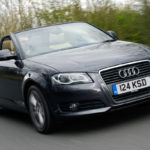 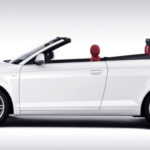 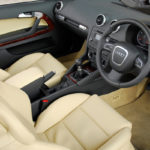 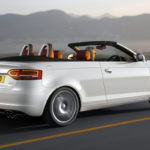