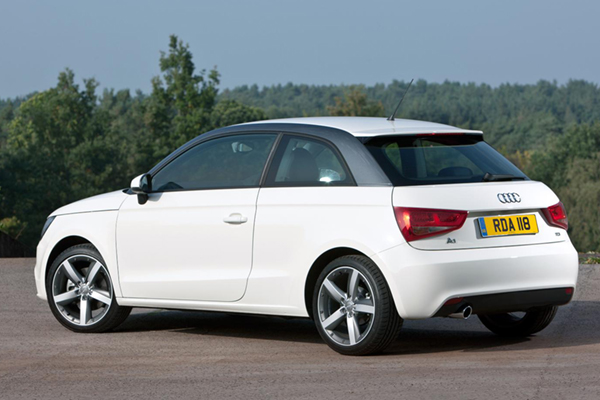 For – high quality finish inside and out, stylish
Against – pricey for cash, lacks utility
rating *** out of 5

“There’s a standard pop-up display which, if you don’t buy the satnav, will be a continuing reminder of your tight-fistedness”

Jaguar was never able to shake off the fact that its small X type was perceived as a Ford Mondeo in disguise. As someone smarter than me recently said “If only Jaguar had launched the X-type first, Ford could have bragged that its Mondeo family car was so good it was built on a Jaguar.”

Surely that would have meant that the sorry Jaguar saga might have finished on a high before Ford dumped it, not the humiliation of having to settle for annual sales of close to 50,000, not the planned 250,000.

Audi seems not to be subject to this curse, even though it relies heavily on its mass market parent company Volkswagen for many important bits under the skin, which either bring costs down or allow higher profits, or both. Audi has been careful to make sure that there are no blatant instances of VW parts being used. I seem to remember that my Audi 80E in the 1990s, if you peaked under the bonnet, was clearly using many VW bits. After all it was a Passat in disguise. You won’t find that nowadays, I’m sure, even though I am rarely tempted to peer under bonnets. 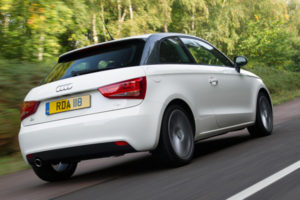 Audi, introducing its new little A1, says it is an Audi through and through, even though it is built on the engineering of the little VW Polo. Does this matter? I suspect not, particularly because by the time Audi has done its work, any link with VW has probably been expunged anyway, apart from the overly harsh ride.

When I first saw the A1 at the Geneva Car Show last March, the car looked disappointingly anonymous. Given that it will compete with cars which sell on style rather than substance, like the BMW Mini at one end of the price range and the Fiat 500 at the other, this could be a problem. But no doubt Audi has done its market research and will be pushing its understated looks and the high quality of the interior, which is certainly true.

Not cheap
The Audi A1 is not cheap, but has much standard equipment including alloy wheels, remote central locking, air conditioning, electric front windows and mirrors and an eight-speaker single CD audio system with auxiliary iPod connection. Every A1 has engine stop/start  – even the automatic. 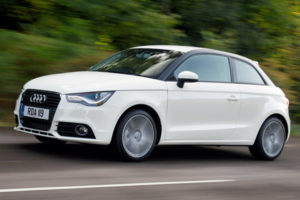 The price walk between the model lines is £1,840 from SE to Sport and £1,545 from Sport to S line. The automatic costs £1,450. The 1.2 litre petrol engine has a five-speed gearbox, the 1.4 has a six-speed manual or the optional seven-speed S tronic twin-clutch transmission. The diesel has a five-speed manual gearbox. Next year, there will be a 183 hp version using supercharging and turbo-charging for the first time in an Audi road car, powering the car from rest to 62mph in 6.9 seconds, and on to a 141mph.

This is an upmarket Audi so Xenon headlamps and LED daytime running lights will be available at extra cost on all models, and there’s the option to upgrade with premium segment specification enhancements such as a BOSE sound system including LED-lit woofers, DAB radio, the Audi Music Interface for iPod connection, cruise and parking distance controls and the Multi Media Interface.

18 months wait for five-door
Only three-door versions will be available at launch. Five door versions will come on to the market in about 18 months. The dashboard and interior quality are certainly top class. The switches and plastics feel nice. There’s a standard pop-up display in the middle of the dash, which, if you don’t buy the satnav, will be a continuing reminder of your tight-fistedness. There’s not much room in the back, with headroom a problem for anyone close to 6 feet, but this is a small car, after all. That same fault hasn’t hurt the Mini or the Fiat 500. 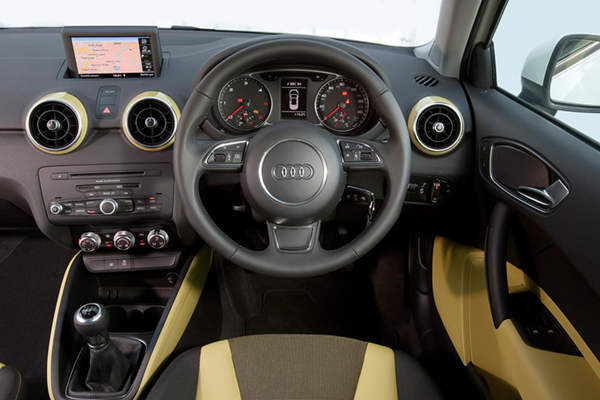 I drove the three launch models. The manual gear-changes were terrific, as was the tight handling. They all went pretty well too. My favourite was the automatic version of the 1.4 petrol, which retails at £16,475. With the various options like heated mirrors and washer jets, sports steering wheel, light and rain sensors, electronic climate control and upmarket sound system, this crept up to £18,605 including delivery. The twin-clutch auto box worked a treat. The 5 year, 50,000 mile service plan for £250 is a deal-maker for waverers.

No to sub-brand
Audi has decided that it wouldn’t create a new sub-brand for the A1, like BMW did with the Mini to keep the peasants away from their elite top-of-the-range buyers. Will Audi showrooms now be full of cheapskates grubbing together their pennies for a cheap little car, rubbing shoulders with the captains of industry being driven away by their chauffeurs in A8 limousines? Probably not, given that the average price of new little A1 will probably be closer to £20,000 than £10,000. 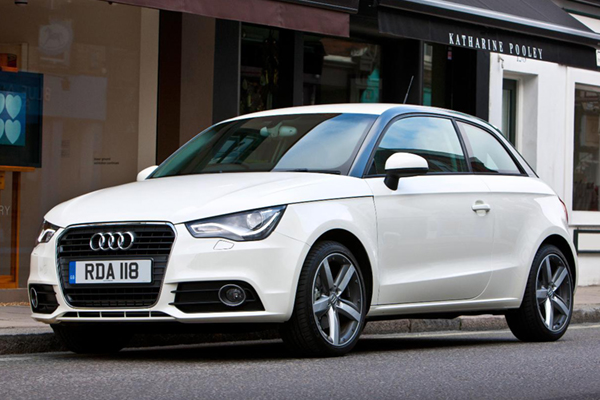 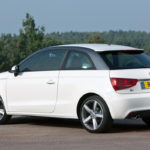 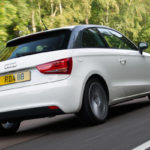 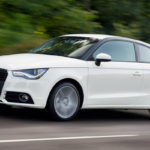 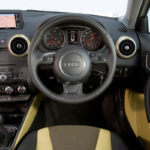 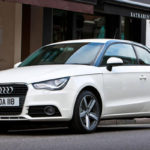