Smart MPV Which Does The Job 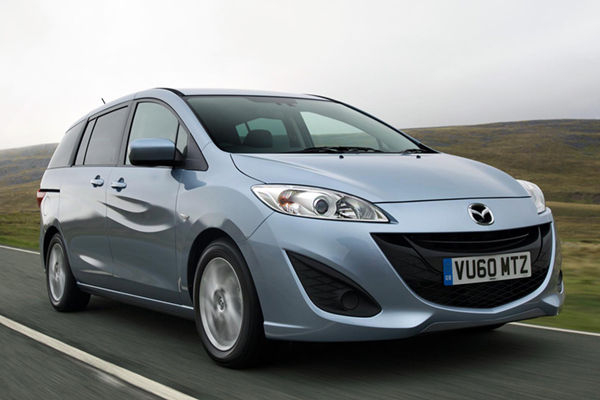 Looks To Be Priced Below Much Of The Competition
People Movers Under Pressure As SUVs, Estate-Cars Move In
*** out of 5

For – well-priced, good quality, looks ok, versatility personified
Against – SUVs do all this and more

PADSTOW, Cornwall I’ve just got a bit more excited about the new Mazda5. After all, multi-purpose vehicles or minivans are all about practicality, about moving the most stuff and as many people as you possibly can. Driving pleasure is a distinct also-ran, as logic suggests it should be.

I spent a pleasant day last month, driving a Mazda5 around the Cornwall countryside.The route took us over the hills of Bodmin Moor to Launceston from Padstow, a jewel of a little port town on the northern coast of Cornwall and now the centre of the TV personality Rick Stein’s cooking empire.  Yes it handled well on the little lanes and occasional motorway roads in the area. Yes, it looks as nice as a glorified van can. Inside are all the creature comforts you would expect from a modern vehicle; but excitement? 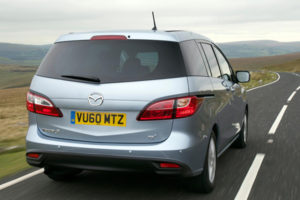 Well, I’ve just been reading the Sunday Times “Ingear” motoring section. A reader asked what MPV he should buy, and the Sunday Times listed three – the Volkswagen Sharan, (which I’ve recently driven – adequate, dull interior), the Renault Grand Scenic and the Citroen C4 Picasso. Nothing surprising there. But if you look at the prices – Sharan SE 2.0 TDI 170 £27,720, Renault Grand Scenic Privileged dCi 160 £24,220 and Citroen C4 Picasso 2.0 HDi Exclusive £22,895 – the pulse rate quickens. The Mazda5 seems to offer all that these cars can, at seriously lower prices.

New Mazda5 prices start at £17,695 to £21,495, and even given the ease with which prices will rise as a smooth talking salesmen persuades you to add extras, the fact that the Mazda comes loaded with standard kit should make sure its prices are clearly under at least the aforementioned competition. How exciting is that? And Mazda does have a great reputation for sturdy, reliable build and longevity which none of these Europeans can match.

There’s a choice of three engines – a 2.0 litre 148 hp petrol, a 1.8 113 hp petrol and a 1.6 litre 113 hp diesel – all with six-speed manual transmissions, delivering up to a claimed average of 54.3 mpg for the latter. You can have a stop-start system on the 2.0 litre model. You can seat up to seven passengers. Sliding rear doors mean easy access in even the tightest parking spaces. 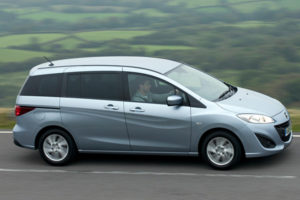 “Inspired by the flowing elements found in nature, the Mazda5 is instantly distinguished by its boldly sculpted flanks. These distinctive contours are complemented by the company’s striking face (five point grille), piercing headlamps, and a steeply raked windscreen angle resulting in a sleek and svelte silhouette that’s a world away from its more pedestrian-looking people-carrier rivals,” says Mazda.

Mazda sounds as though it’s been on the magic mushrooms and is getting a bit too excited about itself. Sure, there are some impressive detailing points, but it still looks like a van, albeit a nice one. 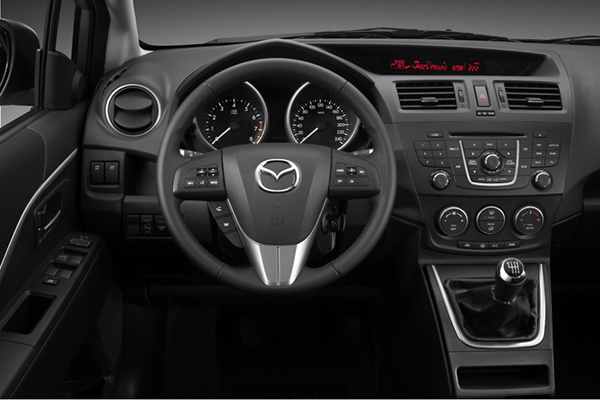 Mazda has worked hard on making the space as flexible as possible. The three rows of seats create a wide range of passenger-luggage combinations – from seven seats on shorter journeys, to four seats with a generous luggage compartment for longer journeys to just two seats and a vast, flat-floored cargo area for hauling larger items.

Vast load bay
The 112 litre load bay in seven-seat mode can be enlarged to 426 litres with four seats, while folding all five rear seats flat creates a vast load bay of 857 litres or ceiling load bay of 1,566 litres.

When I reviewed the previous Mazda5, the MPV sector was burgeoning. Now it is on the slide as SUVs offering a sportier and more flexible bunch of options including off-road ability, while station wagons are also on the move again. As the sector shrinks, so the competition gets tougher, with the new Ford Grand C-Max looming large. A slightly smaller new MPV is about to be launched by Chevrolet – the Orlando, which must be the best looking MPV ever. There’s the Vauxhall/Opel Zafira and the Kia Sedona, which is my favoured buy in this sector. After all, how do you top Kia’s 7-year, 100,000 mile guaranty on a vehicle that is at least as good as all the rest? 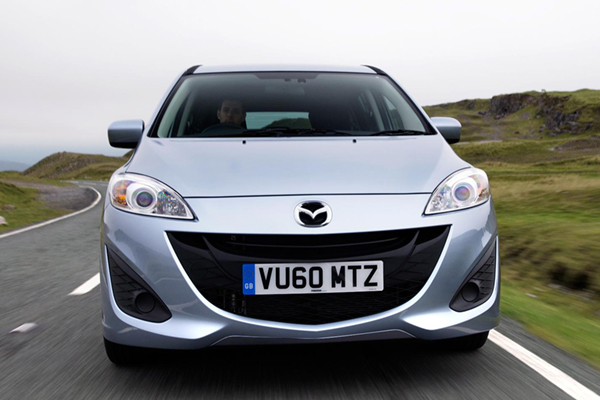 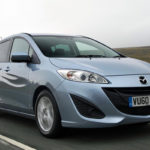 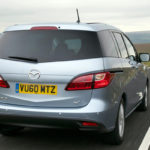 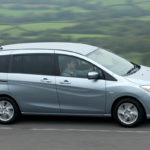 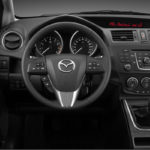 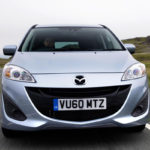 One Response to Mazda 5 review