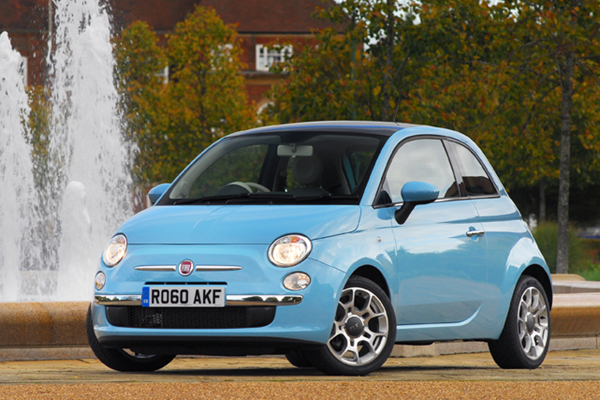 And It’s Petrol; Does This Mean The End For Diesel’s Advantage?
TwinAir Available Across 500 Range; Might Become Hybrid Engine
rating ***** out of 5

For – cute, economical, cutting edge technology
Against – for a five star winner, nothing

“You have to hand it to Fiat for having the imagination and the nerve to come up with a new technology engine like this. I wonder how many miles to the gallon it will actually do in the real world?”

But Europe is now awash with diesels – getting on for every other new car sold is an oil burner – and most of these cars have the so-called common rail system, which uses high pressure technology to improve smoothness, power and economy. This was developed by Fiat.

Now Fiat has designed a twin-cylinder 875 c.c. 84 hp petrol engine called the TwinAir, now appearing in the 500 city car. The new TwinAir uses Fiat’s MultiAir technology, which improves air flow in the engine, together with supercharging for power and balancing countershafts to reduce vibration, and according to Fiat, compares favorably with modern diesels. 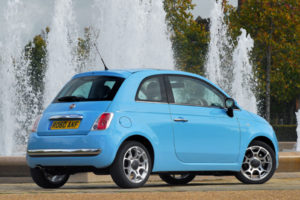 At the launch around Reading, the TwinAir-powered 500 produced a surprisingly lively and flexible performance. The engine sounded a bit gruff and was a shade noisier than usual, but not unpleasantly so. The widely spaced 5-gear manual gearbox showed that despite its small size, pickup was impressive even in fourth and fifth gears. Fiat claims this engine, which weighs only 187 lbs, can achieve an average fuel consumption of close to 72 miles per gallon-3.92 l/kms.

When the Fiat 500 goes on sale in the U.S. early next year, via a factory in Mexico, Americans won’t be able to buy a TwinAir version. They will only have the 1.4 litre petrol engine to start with. But the Americans get some big advantages over us, despite this omission.  The first Fiat 500 hatchbacks and cabriolets on sale in the U.S. will offer a new Aisin six-speed automatic transmission. We have to make do with a Dualogic automated manual gearbox which huffs and puffs and struggles slowly to change up, and explains why the Smart hasn’t sold too well.

The new TwinAir is also likely to be pressed into action as the second engine in a Fiat hybrid, or maybe the backup for any extended range electric vehicle it might launch. 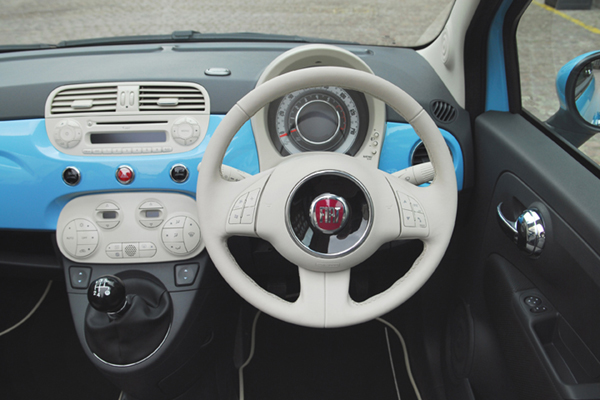 The TwinAir engine will be available right across the 500 range. There will also be a less powerful naturally aspirated version and a compressed natural gas one. You can choose from the entry level Pop with prices starting at £10,665, Sport or Lounge. You can also choose the 1.3 litre MultiJet diesel or the 1.2 and 1.4 litre FIRE petrol engines. TwinAir versions all have Stop-Start. All the TwinAirs will be made at the Bielsko-Biala plant in Poland. Fiat has invested £300 million in the project.

You have to hand it to Fiat for having the imagination and the nerve to come up with a new technology engine like this. The fact that it seems to work a treat adds to my admiration. I wonder how many miles to the gallon it will actually do in the real world? 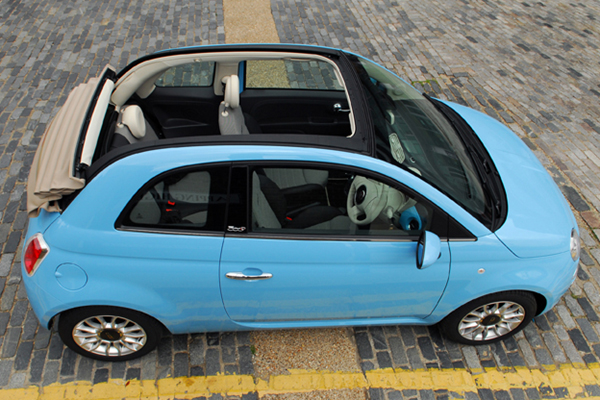 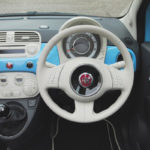 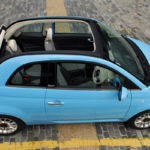 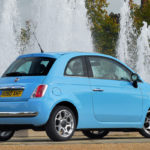 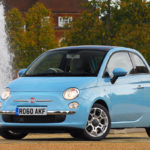