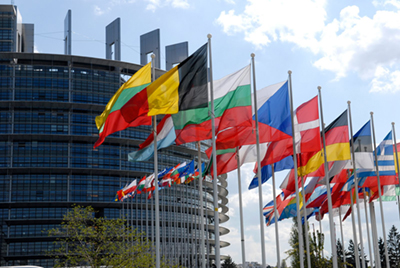 2011 To Be Down A Bit At Best, Compared With This Year’s 6% Fall
But Manufacturers Have Slashed Costs To Avoid Red Numbers

Somehow a “W” shaped recovery sounds better, but whatever you call it, a double-dip recession is engulfing Europe’s car market, and the conventional wisdom suggests that this will mean red ink for manufacturers as they slash prices and bribe buyers to part with their cash for a new car.

Sales in Western Europe this year are likely to be down by around six percent, and next year are expected to stagnate or slip again by upwards of two per cent. The German market, Europe’s biggest, is down more than 20 per cent. That combination would normally be the cue for price wars and big losses for the manufacturers.

Luck and judgment have combined to make Europe’s car manufacturers more profitable even as sales shrink. The luck factor is the movement of foreign exchange rates in Europe’s favor which has turbocharged exports; the judgment? Tough cost cutting regimes set in place by the Germans in particular and the French and Italians too, says Schmidt.

Even so, some companies have found it easier to operate than others. Manufacturers like Renault and Peugeot-Citroen of France concentrate sales in Europe and have few foreign outlets to bolster balance sheets. Italy’s Fiat has long been unprofitable in Europe, but has operations in Latin America to stabilize its books. But Germany’s Volkswagen, Western Europe’s market leader with a share of around 20 per cent, has huge sales in China from its own brand and its Audi upmarket subsidiary to dwarf any problems it may have in Europe.

Latest data shows that sales in Western Europe dived more than 18 per cent in October, and experts are scrambling to slash their forecasts for 2011, at least those that are brave enough to risk their reputation on projecting what 2011 might bring.

Despite huge amounts of government money which flooded in to support car sales with cash-for-clunkers schemes particularly in Germany, the region’s biggest market, Europe is teetering on to the down slope.

“Accelerated sales declines across the region’s major markets with the withdrawal of scrappage and high base levels, in combination with ongoing weak consumer confidence, would appear to indicate that the European passenger car market is entering the double-dip scenario,” said IHS Automotive analyst Tim Urquhart.

“In Europe, the current ‘double-dip’ in car sales in the post-incentive hangover is liable to continue in our view through the first half of 2011,” said Lawson.

Cash-for-clunkers
The sales slide began in May, 2008, and became a dive after Lehman Brothers’ demise set off the economic slump. Sales began to pick up about a year later as Germany in particular introduced hugely expensive cash-for-clunkers subsidies. As the impact of these subsidies ran out in Spring 2010, sales began to wobble and are now into double dip mode.

Despite all this, premium manufacturers like BMW, Mercedes and Audi are positively rolling in profits, with their businesses looking more like licenses to print money. But even mass-makers, despite the torrid sales conditions, are unlikely to fall into the red next year, even as they scramble to slash prices to keep production lines moving at an economic pace.

Schmidt said that the Germans are thriving, but other manufacturers also will do reasonably well, this year and next, even though forecasters had predicted that 2010 would be a terrible year all round.

Economic growth in Germany has been surprisingly impressive in 2010, with the latest figures pointing to a 3.7 per cent gain in GDP this year, and 2.2 per cent next year.

“All the Germans are doing much better than expected in 2010, and they are all straining capacity to the limit,” said Schmidt.

It will tougher for the rest of Europe, but no disasters are likely.

“Renault, Peugeot-Citroen, Fiat, Ford Europe, GM Europe – they have a problem compared with the Germans. They are not prestige manufacturers, don’t have the image and can’t get away with higher prices. Consumers are willing to grit their teeth and pay that little bit extra for German, rather than Italian or French cars. Ford has done the same thing in the U.S. because it has a superior image among U.S. buyers because it was the only U.S. car manufacturer that didn’t go bankrupt. But the French and Fiat have also used the experience of the last couple of years to cut costs, and have gained profitability during that spell,” Schmidt said.

Only danger
“I don’t think the non-German’s profitability will deteriorate significantly in 2011,” Schmidt said.

“The only danger is if the euro bounces back during 2011 and if you look at what the European Central Bank is doing, not to mention German Chancellor Angel Merkel – they continuously talk down the euro,” he said.

Exports of German cars rose by 27 per cent in volume terms in the first 10 months of 2010. German production after 10 months is up 12 per cent.

VW doesn’t break out its European financial performance, and it reported an impressive third quarter with global net profit rising to 2.1 billion euros ($2.9 billion) from 172 million euros ($236 million) a year earlier. This was despite the fact that sales in Germany, its home market, fell about 30 per cent and it has been slashing prices.

Fiat Auto, after its third quarter results, is believed to be in the red in Europe, although it is making money in markets like South America. Barclays Capital Research reckons Fiat will lose about $900 million this year in Europe.  Fiat is suffering more than most here as sales in its home market dive.

But despite losing money in Europe, the Fiat group, which includes trucks and farm machinery as well as the Auto subsidiary, reported strong global figures for its third quarter, earning an overall trading profit of 586 million euros ($800 million). Fiat raised its trading profit target for 2010 to at least 2 billion euros ($2.7 billion) from the at least €1.1 billion set in January. But at the end of this year Fiat will split in two becoming Fiat Industrial, including Iveco and CNH, and Fiat Auto.

Daimler of Germany, led by its Mercedes luxury car subsidiary’s sales of high-specification Mercedes S and E class cars in China, raised its third quarter earnings before interest and tax (EBIT) more than five-times to 2.42 billion euros ($3.3 billion) compared with the same period last year. Daimler also raised its profit target for 2010 for the third time this year, expecting that EBIT will now exceed 7 billion euros ($9.6 billion), one billion more than it expected three months ago and more than three times better than its first stab at a prediction for 2010.

Growth the key
The key to the weak outlook for Europe’s car sales, of course lies with the economy.

Luckily, the Germans in particular and Europeans in general have rationalized their production to be able to thrive in these relatively stagnant conditions.

“There’s unlikely to be a deterioration in profitability in 2011, it will be more or less the same. There has been extreme cost cutting and rationalization over the last couple of years and now they are reaping the benefits of their competitiveness,” Schmidt said.

Come to think of it, that’s not luck, it’s judgment.