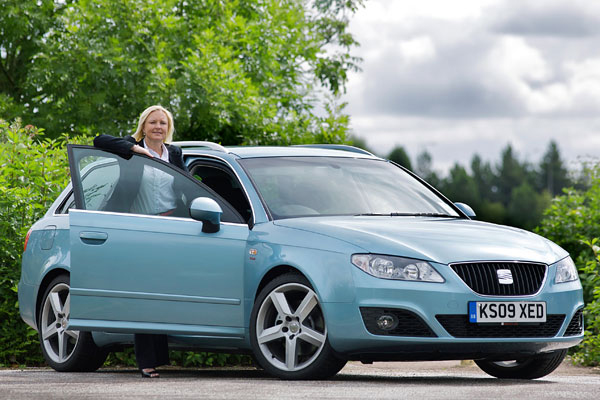 Is This The Most Sensible Family Car Ever?

The Catch? It Does Look A Little Nondescript

The SEAT Exeo looks eerily familiar because it is the old Audi A4 thinly disguised. But it also might be the most intelligent car purchase yet. It is a way of having your cake and eating it. You can have the expensive brand with its perceived quality, at the same price as you would normally pay for the commodity brand, which sells on price alone. 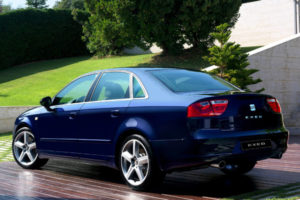 Car makers like VW’s Audi, Toyota’s Lexus, to a lesser extent Mercedes, but not including BMW, use cheap and cheerful components hidden from the buyer’s prying eyes from their Golfs, Camrys and Mercedes Sprinter vans to cut the cost of making their luxury products. I suppose BMW does it too, to a more limited extent. It doesn’t own a mass car maker, but it does buy engines from Peugeot, and no doubt other bits and prices like ABS braking systems and high tech gearboxes. The fact that the Exeo is pretty much an Audi, doesn’t automatically mean its quality is better than average, because, arguably, the only thing superior about the Audi compared with something bog-standard, is that Audi buyers have been persuaded to pay more because of the badge.

But this is what happened. SEAT, which is owned by Volkswagen, wanted to expand its model range into bigger, more expensive territory. Now this is a mighty expensive exercise normally, but the rocket scientists in Wolfsburg, home of VW, had a neat idea. Instead of junking all that valuable equipment used to make the old A4 when it was replaced by the new one, why not pack it all into a fleet of trucks, move it all down to Spain, put it back together again, start up the production line and call what rolls off the end a SEAT Exeo?

Cannibalisation
What might have cost up to a billion euros to develop could be accomplished at a fraction of the cost. The chances of cannibalisation would be remote because the bodywork looks a bit dull now and Audi buyers who willingly pay massively over the odds just for the badge won’t be tempted because SEAT is such a neutral brand.

But is what comes off the SEAT production line any good? 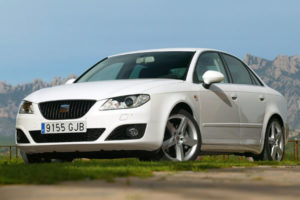 I’ve been driving some of the new Exeos, which come in saloon or station wagon form, and mighty impressive they are too. The Exeos have an impressive amount of standard equipment for the starting price of £18,155, with the base S model coming with six-airbags, dual zone climate control, the full alphabet soup of computerised aids, Bluetooth phone connections, 16-inch wheels, trip computer, power windows all round, heated electric door mirrors, fog lights, and decent sound system with MP3 etc. There are SE, Sport and SE Lux versions, with the top of the range ST versions including bi-xenon lights and leather costing £23,555.

Brass neck
You can choose from three, four-cylinder diesel engines – 118, 143, and 168 bhp, and a 197 bhp petrol motor. All versions have six-speed manual gearboxes. The petrol version will be available with an auto gearbox.

I drove the Exeo ST (for sports tourer, it’s an estate car) 2.0 TDI and the 168 bhp engine was fantastic, the 6-speed manual gearbox silky smooth. The car definitely had an aura of quality about it. It drove beautifully; like an Audi now that you mention it. The 2.0 TDI 141 bhp saloon was also a splendid car and at £20,555, is a bargain.

The SEAT blurb about the car is amusing too.

“The merest glance at the exterior of the new car reveals elegant, subtle, well-proportioned lines. The chassis of the new Exeo also clearly bears the hallmark of the brand’s DNA. There’s a sophisticated multi-link suspension system front and rear while SEAT’s new vehicle features bespoke Agile Chassis spring and damper settings that provide a sporty, dynamic performance,” it says. 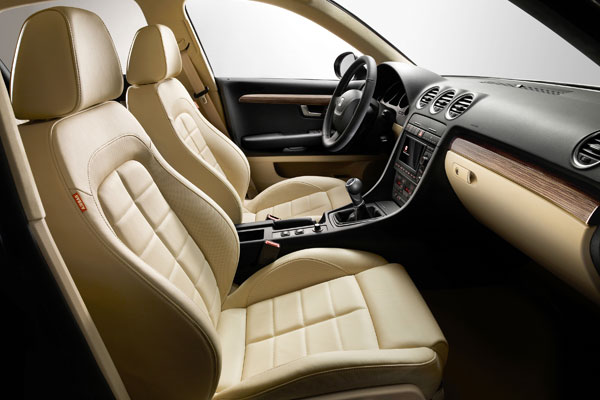 This shows some brass neck, wouldn’t you say, with the total lack of the use of the key word “Audi”, anywhere in its lengthy praise of its new car? But I suppose it doesn’t really matter what the car’s heritage is; it’s what you get that is important, although using “DNA” without coming clean about the real parentage does take the breath away.

Badge engineering
And this does look like a breathtaking deal, with prices probably up to £8,000 less than what you would have to pay for a current Audi A4 with all the trimmings. But it does beg the question; “how can a badge make such a massive difference in price?” SEAT is doing us a big favour, it seems to me, going down this route, but it does run the risk of backfiring on VW and Audi if the car buying public wises up to the essential con trick that is branding.

It poses a big risk to Audi if its products can be bought in this way. But no doubt the rocket scientists in Wolfsburg have thought this through too, and concluded that it poses no threat to the upmarket brand. 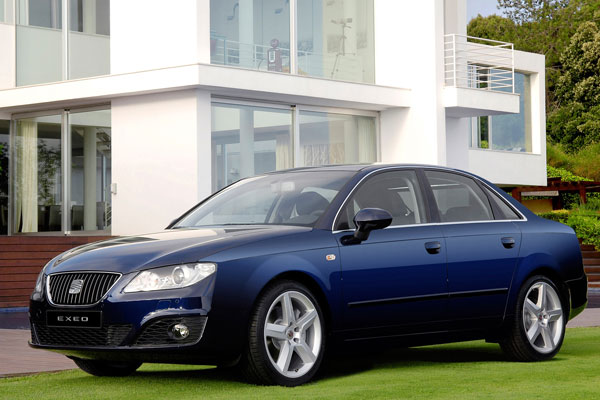