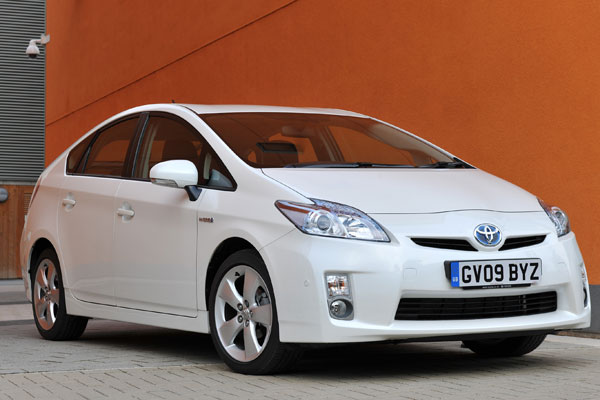 Not Enough For Toyota, Which Persists With OTT Claims
Much Improved Performance And Interior Too
**** out of 5

The petrol-electric Toyota Prius hybrid is all about fuel economy, so let’s get right to it. The old Prius II might have been a technological marvel, but it was a bit of a fraud. Toyota proclaimed that it would do 65 miles per gallon, but in fact it really averaged only about 42 mpg. I don’t really mean “only”. The fuel economy was good, but no better than your average 2.0 litre diesel, which also provided much better performance. The word “only’ came into play simply because of Toyota’s porkies.

That was then. This is now.

The Prius III is much better. I managed to average 55.75 miles per gallon over an admittedly short test of about 200 miles. Incredibly, the car’s computer actually underestimated the economy, reckoning that the car averaged 54.7 mpg. This is unheard of in the field of motoring, where the car’s computers seem to be programmed to always overestimate fuel efficacy by up to 30 per cent, with some notable exceptions like VW. 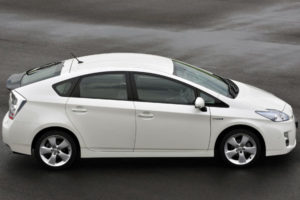 The Prius economy was impressive, although I remained in economy mode throughout and was browbeaten by the car’s mean and green aura into holding off on the gas pedal. But before you start praising Toyota too much, hear this. Yes, fuel economy has improved impressively. But so has Toyota’s bragging. It now says that the car will average an amazing 72.4mpg. So let me put it this way. Toyota exaggerated the fuel economy of the old one by 20 per cent, but it overcooks the new one’s capabilities by 22.9 per cent.

But to be fair to Toyota, it has taken on board many criticisms with the new improved model. The complaint used to be that because of the car’s small engine, when it had to perform on the motorway, to do any kind of normal speed the old 1.5 litre petrol motor wasn’t very efficient or powerful enough and ruined the overall economy performance. The new car has a bigger engine – a 1.8 litre Atkinson cycle engine (more of this Atkinson business later), so it handles highway driving much better. 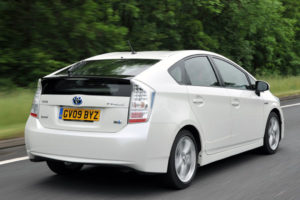 The Prius III is improved all-round. It looks better from the outside, although it is still obviously a Prius. The interior is much better too, with higher quality materials, and it has more of a driver’s car feel to it. The dashboard wraps around the driver; the chubby gear select lever looks more exciting; the steering wheel is leather clad and is squared-off a bit. For some reason that’s more appealing too. The interior was let down by the rather naff looking upholstery. The rear door had a surprisingly tinny feel to it. The turn indicators were too quiet, so the prompt to turn them off was often overlooked.

The Prius didn’t seem to have much poke, but I was pressured into leaving it in ECO mode. This means that the computer won’t let you accelerate too hard. If I selected the “power” setting I’m sure a bunch of greenies would have descended on me out of nowhere and shamed me into moving back into ECO. You can also select EV, which will allow you to drive on electric power only for up to about 1.2 miles.

HUD
The old Prius had a large, rather neat, coloured and animated readout on the dashboard, which showed just how much power was going back into the battery when you free-wheeled down hill (so-called regenerative braking), or the reverse as you strained up hills. The new one is much smaller, and much more difficult to figure out. The Head Up Display, standard across the range, was really neat. This allows you see a digital display of your speed projected just above the bonnet so you don’t have to take your eyes off the road to check how fast you’re going. This also provides ECO drive data, and turn-by-turn sat-nav instructions. 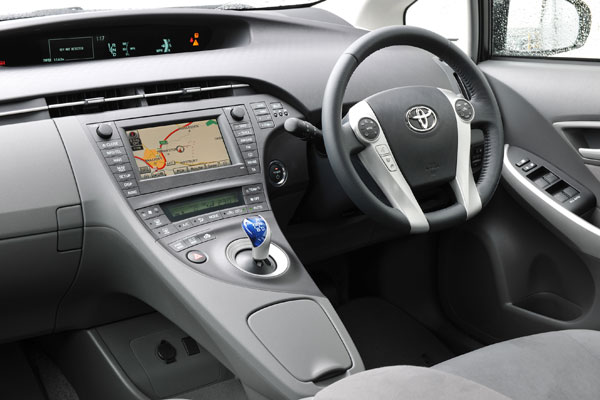 Toyota has led the automotive world with hybrids, and until very recently it was the only one offering a so-called “strong” hybrid, which has the ability to run for a short while just on electricity. Honda has also produced hybrids for years, but its petrol-electrics just boost the motor and can’t be used just for electric power. Europeans and Americans are just starting to catch up.

Let’s get back to Toyota’s wild fuel economy claims.

The European homologation cycle is an E.U. backed device to trick car buyers into thinking their cars are more fuel-efficient than they really are. The E.U. economy test takes place over a totally flat route of 11 kilometres consisting of two modes – 2.5 miles of maximum 31 mph-50 km/h, and 4.3 miles of maximum 75 mph-120 km/h – some accelerating, some cruising, some idling, no air con, wipers, lights, audio or Sat Nav. This produces perfectly comparable data, which is of absolutely no use at all to those in the real world.

Sussex grey-tops
No doubt Toyota will use the 72.4 mpg number prominently in its advertising, but this will only be achieved by those elderly drivers, in abundance around this part of Sussex, who never go over 40 mph.

The Prius comes in three grades – T3, T4 and T Spirit and prices start at £18,370, and because their CO2 emissions fall below 100 g/km, there is no British road-tax. Head Up Display, seven airbags, automatic air conditioning, front fog lamps and smart entry and start, are standard across the board. 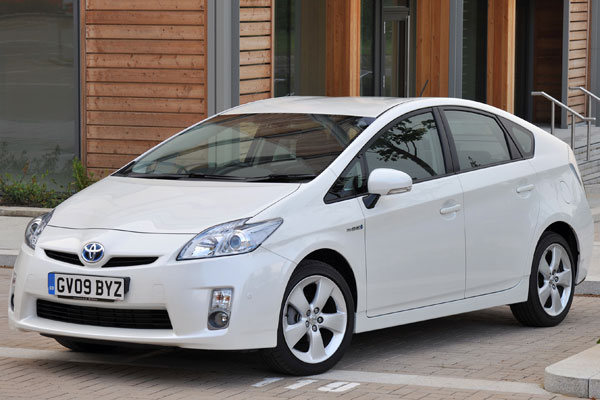 (Toyota supplied the car for a week, I paid for the petrol)