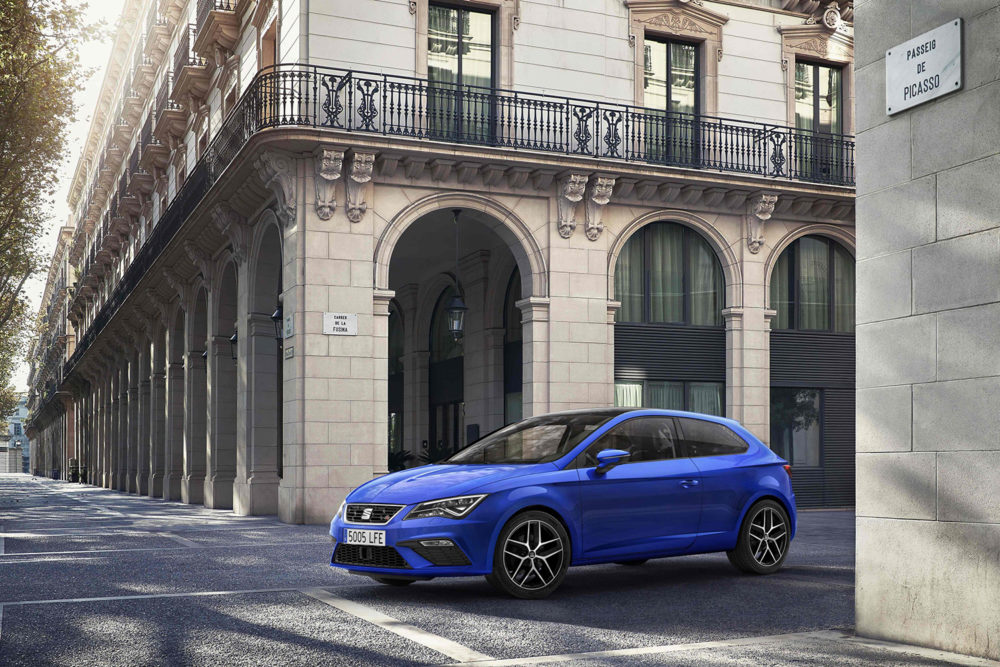 For – impressive quality, plenty of technology, modest looks.
Against – no longer the cheap/cheerful option, bland looks.
***
£21,480

SEAT is a car brand that despite all the efforts of its marketing maestros to convince the world to the contrary, still without any inherent consumer pulling power.

It remains, like Peugeot, Citroen, Renault, Ford, Opel-Vauxhall and Fiat a commodity brand which sells on price rather than any clear lust for the product from the public. You will notice I’ve left out some workaday names from this list. VW, Kia and Hyundai, and maybe now Skoda, do, in my opinion, produce cars which the public doesn’t need too much persuasion from tassel-shoed advertising men (er or women) to part with their hard-earned. I’m not convinced Toyota, Nissan and Honda have this magic power either, although the fact that they are Japanese will persuade many that their cars and SUVs will at least outlast all the others. 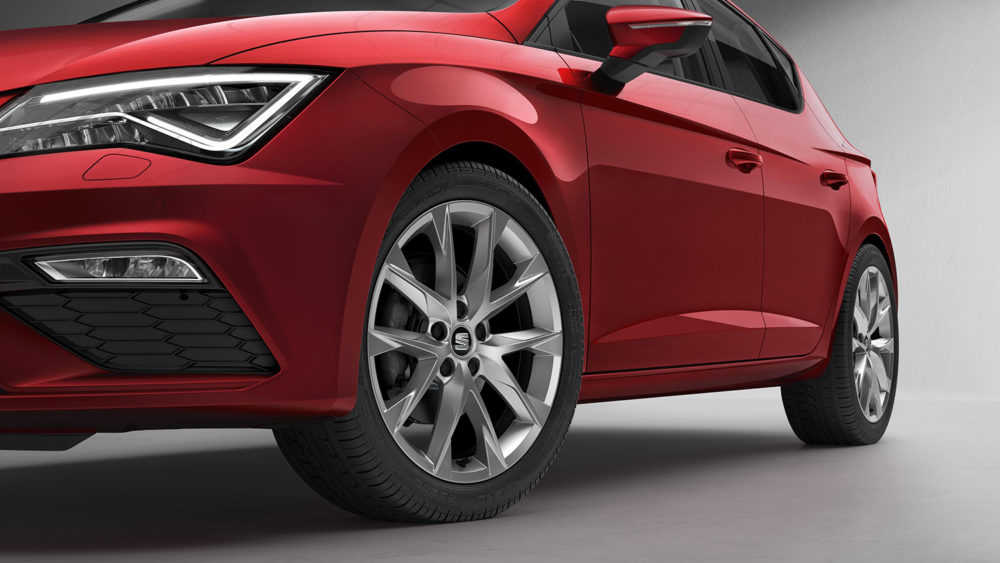 Now this is all very unfair, because you could argue that just about every car made today is a magnificent piece of technology which will never let you down, including this new SEAT Leon. The Leon, based on its parent company VW’s all conquering Golf, looks a bit anonymous but not surprisingly retains all the qualities of its sibling and a slightly, with the emphasis on slightly, lower price.

The Leon range comprises fairly basic transport to one very lairy version.   There are five-door hatchbacks, three-door sports coupes and estate cars. Engine choices include this 113 hp 1.0-litre 3-cylinder petrol, diesels and a high performance 2.0 litre. Top of the range is the Cupra 300, with 296 hp and zero to 60 mph in just over 5 seconds. The Cupra 300 has an electronic limited-slip front differential so the front-wheel drive system can handle all that power. All the engines are Euro 6 compliant. The range includes five or six-speed manual gearboxes, as well as six or seven speed automatics. Alcantara
The range starts with the S then SE and a sporty-FR. The SE has two versions – SE Technology and SE Dynamic Technology. Xcellence costs roughly the same as FR, switching sporty trim and kit in favour of more luxurious items. Xcellence includes luxurious upholstery with alcantara and leather as an option, extensive trim elements and multi-colour ambient interior lighting. On the outside, it gleams with a chrome design front grille, new front and rear bumpers, and also comes with rear LED indicators. On the inside, it has an aluminium Xcellence kickplate, LED interior illumination pack and Keyless Enter and Go.

The interiors are on the plain side compared with the likes of Kia and Hyundai, but the Leon is packed with high technology options and connectivity. Traffic Jam Assist offers great comfort in traffic with frequent and intermittent stops. The car manoeuvres, accelerates and brakes automatically. Up to 37 mph, the system provides assistance with speed while keeping the car in the correct lane. Further new systems include Traffic Sign Recognition, Blind Spot Detection, and “advanced” parking assist technology with both bay and parallel parking. A “Connectivity Box” in the central console enables wireless Smartphone charging. 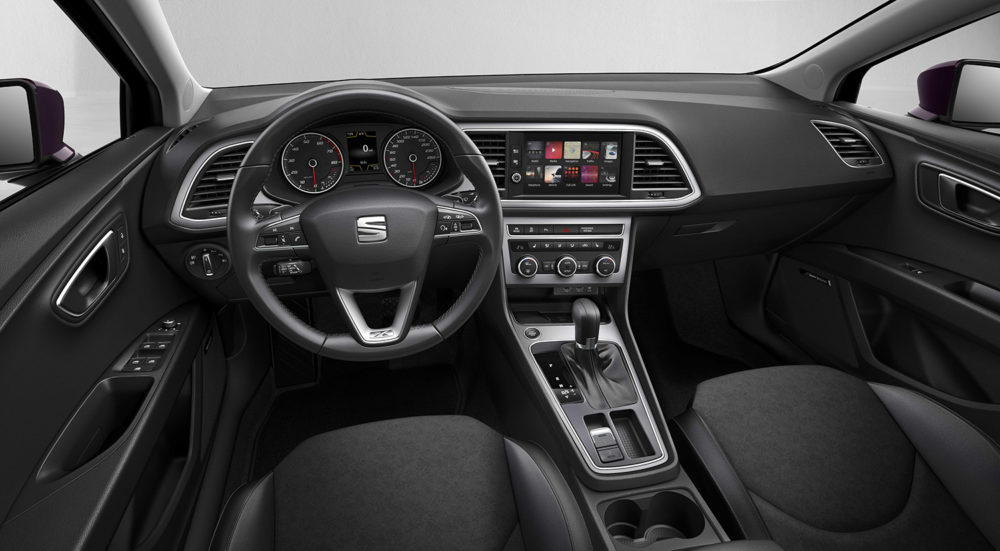 Should you buy one?
I’m not convinced that SEAT has yet done enough to deserve attention as a brand in its own right. It used to be a great way of buying a pricey VW Golf for a lot less money, but the price differential has since narrowed. That in itself though is a sign of its growing confidence. This 3-cylinder, 115 hp version is very impressive with plenty of performance if you use the gearbox, and great quality. This version, which starts at £21,480, included £1,800 worth of options like rain sensing wipers, auto-headlights, LED interior illumination, LED headlights and all the Connectivity options. I’m sure it will never let you down, but I prefer the likes of Kia, Hyundai and Honda. 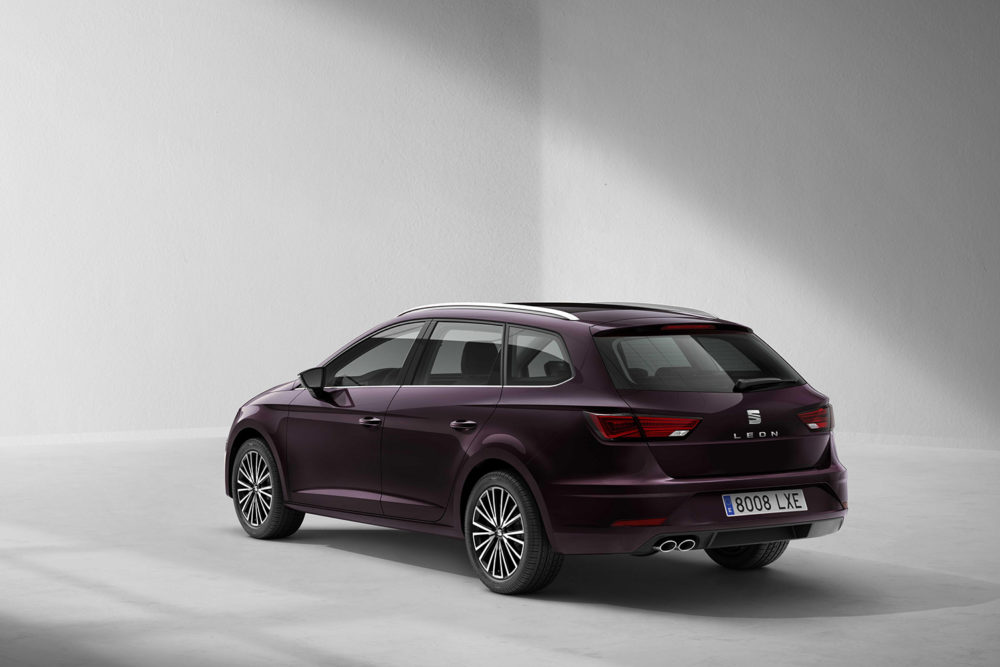 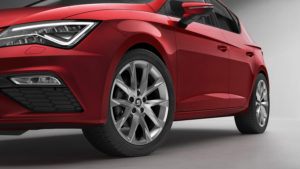 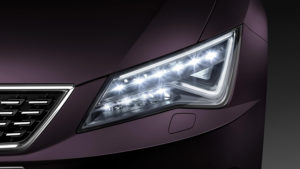 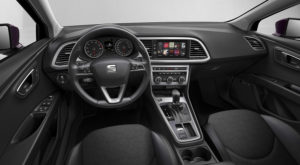 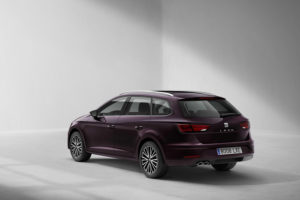 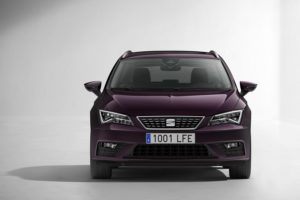 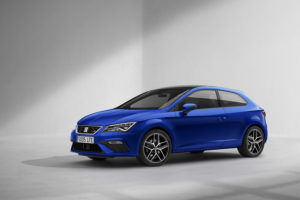 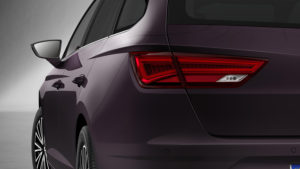 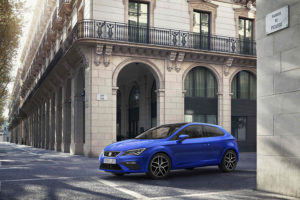