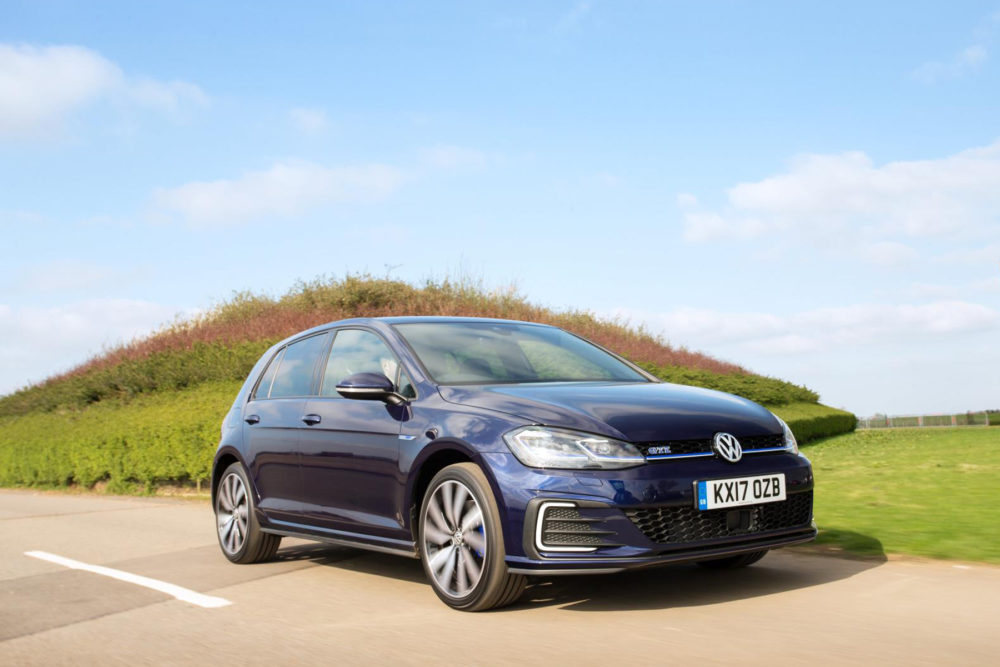 If you want CO2 emissions-free motoring you can buy an all-electric car with free range-anxiety added, or you might consider the less purist route and buy a plug-in hybrid electric vehicle.

This will give you up to about 30 miles of feeling pious driving on electric power only, with the guarantee that when the battery runs dry, the internal combustion engine will simply kick in and give you hundreds of miles of range. 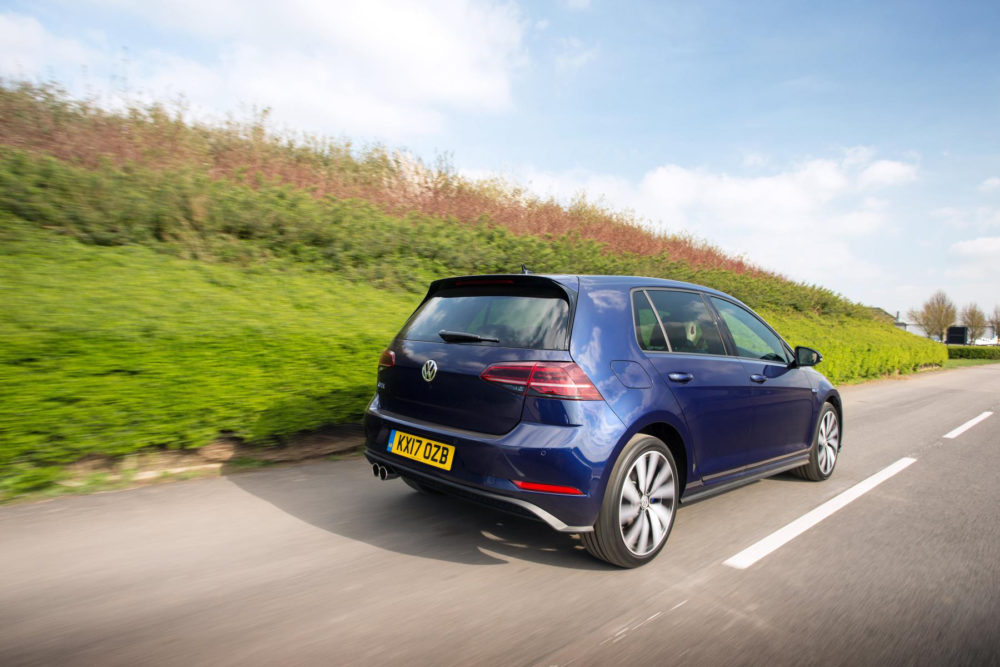 And the plug-in hybrid will cost a bit less than the battery-only option, because the increased range of the latter requires a larger, pricier battery. The plug-in is different and more sophisticated than regular hybrids like the Toyota Prius because it allows much more battery-only driving. The Prius only allowed about 1 mile of battery only driving, and you can’t charge it up from the mains. There is a plug-in Prius now available though.

Two engines
Volkswagen’s GTE plug-in hybrid is powered by two engines. There’s a 1.4 litre 148 hp four-cylinder petrol engine and a 101 hp electric motor, which adds up to an effective maximum power of 201 hp. There’s a six-speed automatic gear box. Performance is impressive, with zero to 60 mph taking about 7.5 seconds. On unlimited German autobahns the car can reach 138 mph. VW claims average fuel consumption of 156.9 miles per gallon, using a European Union formula which insists on combining two-thirds electric use and one third hybrid.

This is really meaningless, because if the car is used substantially in petrol-only mode, this would never come close to being achieved, yet if you just used the battery, and got to perfect the regenerative braking facility, the figure would be more like infinity. The car’s battery can be recharged in 2-1/2 to 3-1/3 hours. 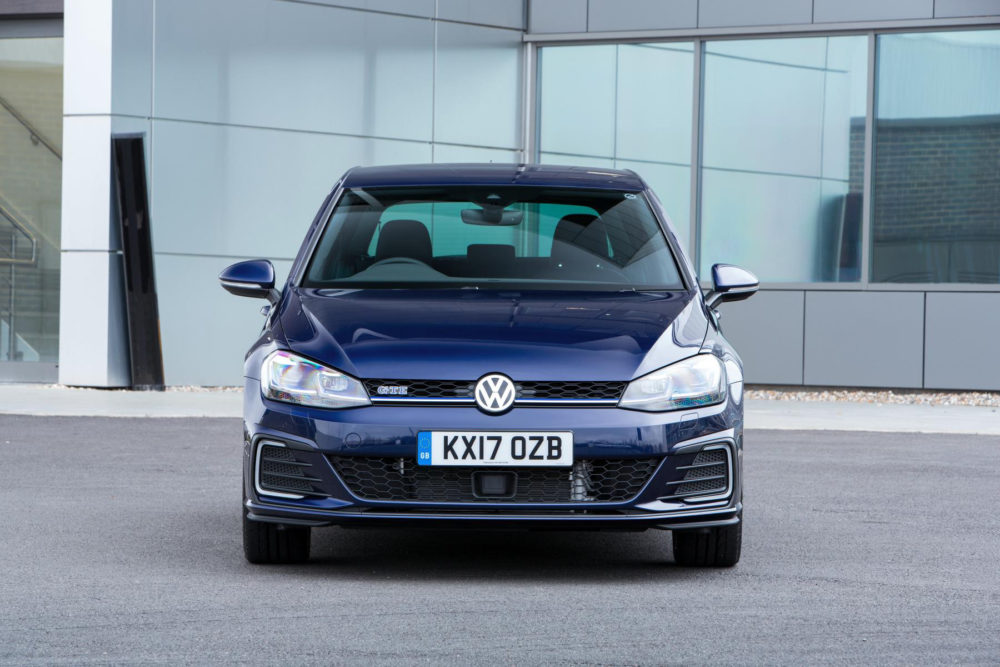 To get the best out of the GTE, the driver can select from five options including electric-only, and “hybrid-auto”, which will maximise energy retrieval from the regenerative braking system. Anyone buying a car like this would do well to insist on a couple of hours training from the dealer, even though VW says it is all intuitive.

The car tells you how much electric range you have. On one 5.4 mile trip, mainly downhill, I started with 24 miles available and ended with 22 miles left. On the way back, this 5.4 mile trip ended with 8 miles available. On another local mainly downhill 16 mile trip, I started with 24 miles of indicated battery-only range and just about made it. I’m sure I could have retrieved more miles from the regenerative braking system with practice because the level of setting I was using was probably too severe and induced too much braking. 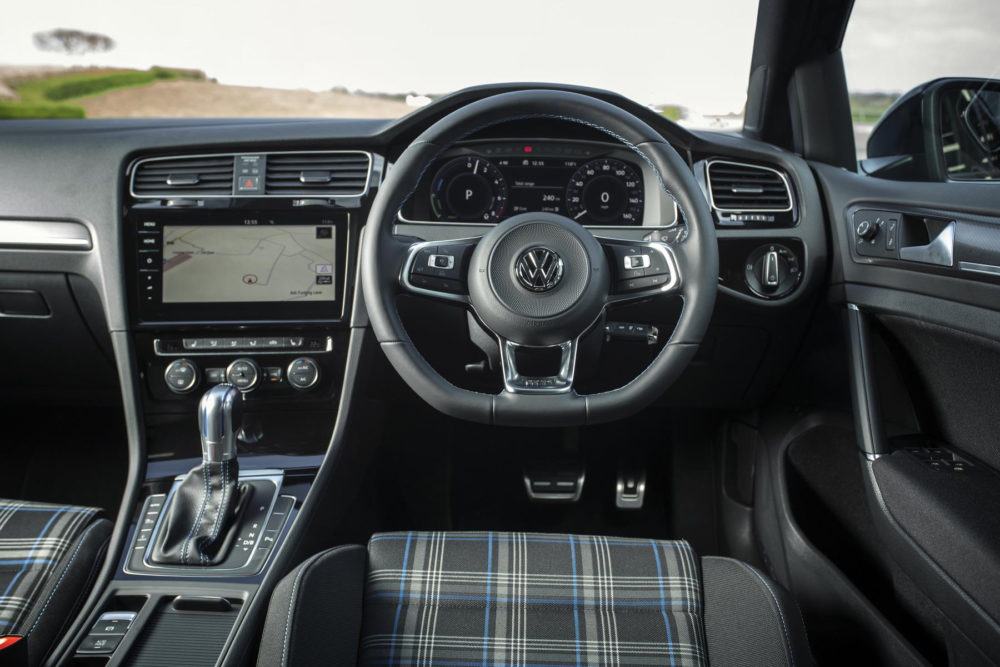 What is surprising about the GTE is its performance. Given that it is primarily a green, economy machine, VW has decided to make it go fast as well. VW apparently reckons this can be both an economy machine and a sportster at the same time, and I think it has a point. It has a GTE mode button. Press that and the car is transformed into a GTi-like racing machine with sharper steering responses and tighter suspension.

The overwhelming feeling when you climb into this car is quality. The way the doors clunk shut, the look of the bodywork. Inside it feels solid and beautifully made. When you open the doors, the blue strip lighting in the sills comes on. Very moody and classy. With the seats down, there wasn’t room for my mountain bike, although it does fit into my wife’s Honda Jazz.

Should you buy one?
The basic GTE starts at £29,635 after the government subsidy, and this one is much more expensive because of all the kit. So it’s hard to justify buying one. Maybe leasing would make one more obtainable. But the technology is very impressive, and the car is a gem in terms of quality. Perhaps you could convince yourself that, if you had a commute of about 60 miles there and back with a charging facility at your office, you might never again have to buy any fuel if you became highly skilled at recapturing the energy via regenerative breaking. The fuel savings might make it worthwhile. I’ve given it 5 out of 5 stars, which means I’ve offended my own value for money guidelines, but this is a sensational car and if you’ve got the money, go for it. 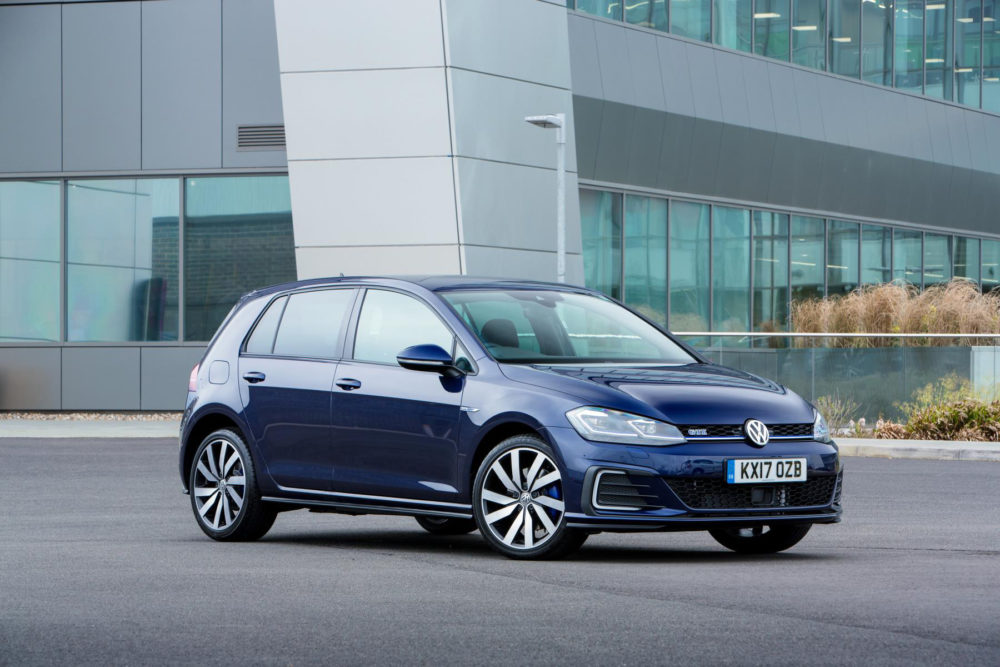 (WintonsWorld paid for the fuel consumed) 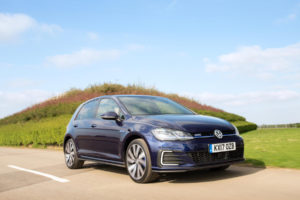 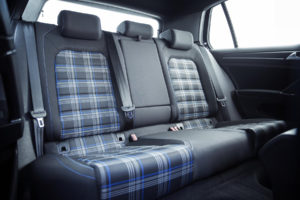 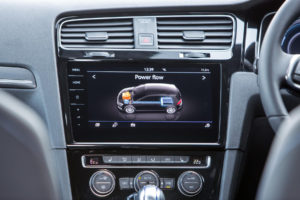 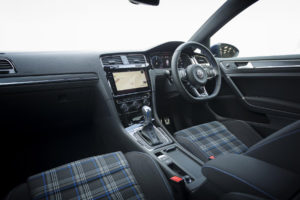 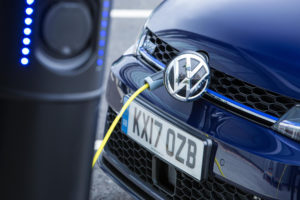 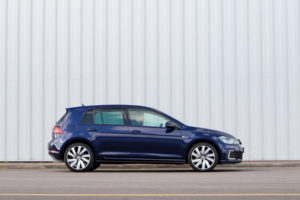 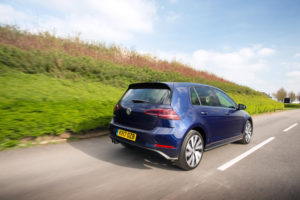 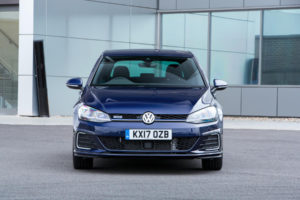 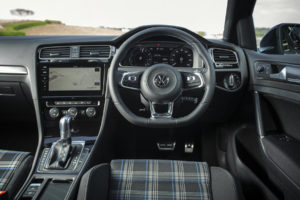 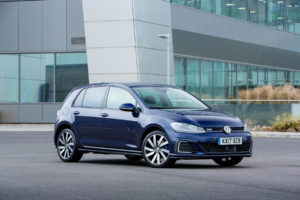 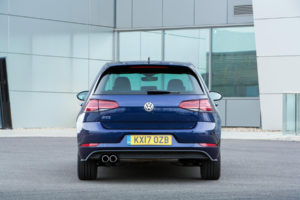