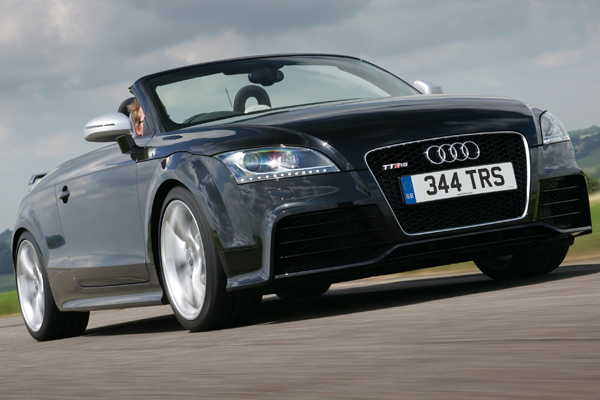 You Will Of Course Pay For The Privileges
Watch Out BMW, Mercedes, Porsche
**** out of 5

HENLEY, England – Audi has launched a new red hot RS version of its little TT roadsters and coupes with four-wheel drive, which it hopes will steal sales from BMW’s Z4, Mercedes’ SLK 55 AMG and the Porsches Cayman and Boxster.

There was a time when you would say that this was a bridge too far for a company like Audi. How could this upstart purveyor of Volkswagens in disguise hope to mix it with aristocrats like BMW, Mercedes and Porsche? (VW owns Audi). In fact, in the 1990s, my Audi 80 E (E for Einspritz-or injection) quite blatantly had VW logos on bits of the engine when you looked under the bonnet. 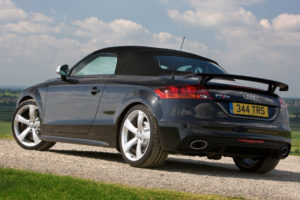 Now, Audi’s reputation is certainly at least on a par with its former superiors, and it has the huge advantage of being able to use parts from the VW empire to cut costs and boost profits. That explains why Audi is more profitable than BMW and Mercedes. Porsche remains, in theory, much more profitable, although its sales have taken a pounding in the current recession. Its audacious plan to takeover VW has stumbled. Its financial adventures, where its use of opaque deals in foreign exchange futures earned it more money than selling cars, have come to an end. Now it looks likely to end up as the 10th VW brand, and a brother to Audi.

Threat
And the new TT RS does threaten Porsche territory, not to mention the other German premium manufacturers. Audi says the TT RS will give you supercar performance with its new 5-cylinder 2.5 litre 335 hp turbocharged gasoline engine, enhanced by the weight-saving aluminum/lightweight steel hybrid body. 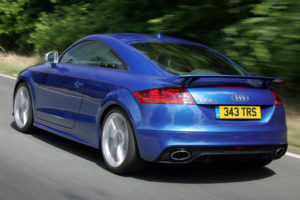 The car should stick to the road like glue because of its standard four-wheel drive layout, and optional magnetic ride adaptive suspension. This system quickens the suspension’s reaction, and sharpens the handling. If you select sports mode, steering and throttle responses are speeded up, and there is a gizmo which makes the engine sound sportier at the same time.

Audi tries to mitigate some of its over-the-top sporty claims – “The Audi TT RS has the highest maximum speed (174 mph versus 155 mph) in class when de-restricted, and best acceleration in class” with some environmentally-friendly talk as well.

Pardon me for pointing out that this is a non-sequitur or redundancy if you prefer. If a car is the most economical in class, it will have the lowest CO2 emissions. This is simply the same way of saying the same thing.

Quite how Audi has measured the unrestricted top speeds of the competition, it hasn’t disclosed, but it doesn’t use the slogan “Vorsprung durch technik” (progress through technology) lightly.

High compression
The engine, which is roughly one half of the V10 engine in the R8 supercar, uses a high compression ratio of 10:1 and high pressure common rail direct injection technology to squeeze high power and low fuel consumption out of the motor. 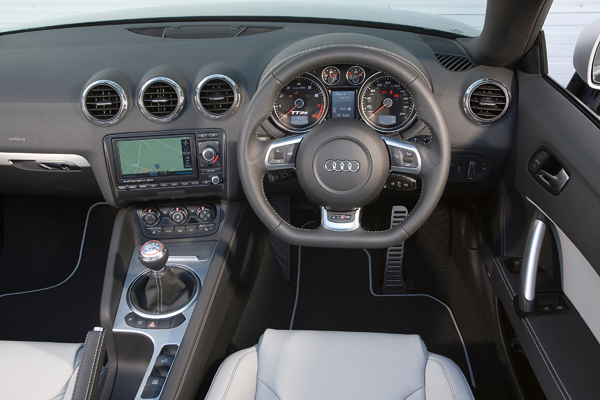 The TT RS also has a new short throw 6-speed manual gearbox, which helps push the car from rest to 60 mph in under 5 seconds. On speed-limit free German highways the car is restricted to 155 mph. On a racing circuit the driver can de-activate traction control and stability control.

The combination of aluminium space frame and steel is a world first, according to Audi, necessitating new bonding techniques. Apart from saving weight, this technology makes for extreme stiffness too.

Audi says even though it has top-class performance, the TT RS remains a totally practical everyday car. True, it was very easy to drive on the highways and byways around this English town about 30 miles west of London. I found it be one of those rare cars when you feel that everything around has been designed just for you. The last time I felt this was about 15 years ago with the Fiat GT sports car, believe it or not. The mature buyer might find the sports seats a bit too snug. They seem to have been designed to fit the rear end of an Olympic middle distance runner. The suspension, even without selecting “sports” mode, was exceptionally hard.

Capability
Prices will water your eyes of course, although this car is of the highest quality and capability. The RS Coupe starts at £42,985 and the Roadster £44,885. I drove a Coupe with special bucket seats, flash 19 inch wheels, sat nav, cruise control, adaptive lights and upmarket sound system and phone, yours Sir, for £50,115. The Roadster with leather seats and similar equipment to the above – £51,140 of your hard-earned. 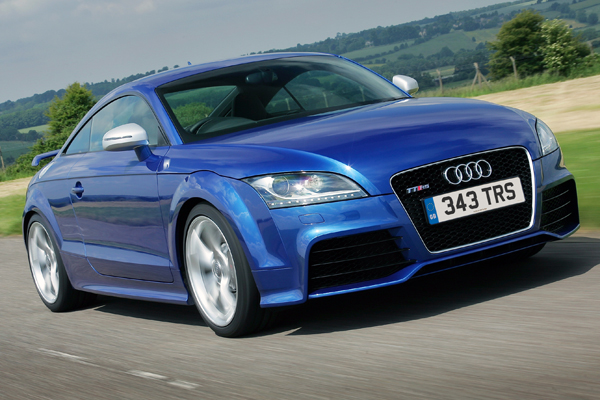 Audi tries to comfort us with its claim for strong residuals – 44 per cent retained value after 3 years and 60,000 miles. I’m sure that’s right, but I’m never sure whether these numbers include all the extras, or just the base price. And I’ve never seen a car manufacturer’s presentation yet which doesn’t show that its cars come out first in the depreciation wars. 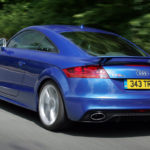 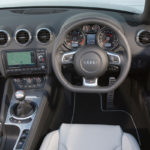 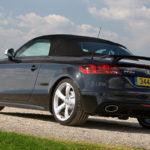 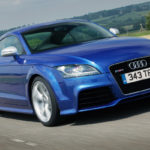 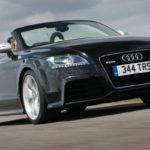