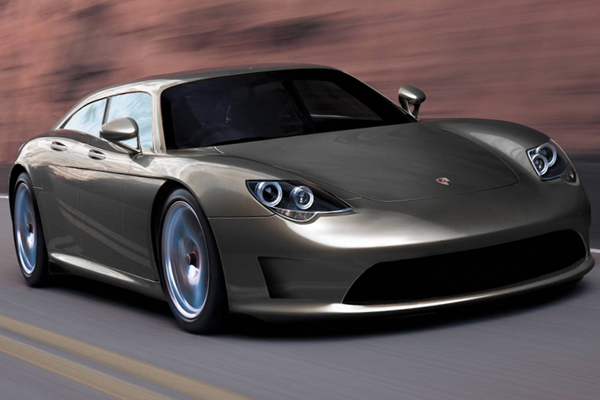 There is a time bomb ticking away set to explode against the bottom line of the German premium car manufacturers BMW, Mercedes and Audi, and it is called the Porsche Panamera.

The Panamera is a four-door sedan about the size of a BMW 5-Series, and a completely new model for the German luxury sports car maker. It was unveiled in Shanghai earlier this year and goes on sale in October around the world after making its debut at the Frankfurt Car Show in late September.

There is a suspicion that the premium luxury sector’s days are numbered because by 2015 in Europe, tough new rules will be introduced to force gas guzzlers off the road in the name of saving the world from climate change. And thanks to the credit crunch, this sector has fallen back to annual volumes of around 60,000 in Europe from the 80,000 to 90,000 of the glory boom years, says automotive consultancy CSM Worldwide. It could be that the Panamera has only a limited window of opportunity to be successful and make money.

“This is the last full model cycle where you cannot worry too much about emissions,” said Tim Urquhart, analyst with Global Insight in London.

According to Morgan Stanley analyst Adam Jonas, the Panamera will steal sales from the most profitable upmarket vehicles made by the German big three luxury manufacturers, and also make a dent in Fiat’s profits. The Italian company now partnered with Chrysler owns Maserati, whose sporty Quattroporte is directly in the Panamera’s line of fire.

Cayenne effect
Jonas says there is a possibility that the Panamera could achieve sales much higher than the conservative target of about 20,000 a year which Porsche has announced. Jonas points to the phenomenal success of the Porsche Cayenne, the company’s first SUV, which was launched with a 20,000 annual sales target, but which quickly surged to about 40,000 a year.

“Porsche’s new-4-seater GT is a frontal attack on some of BMW’s and Mercedes’ most profitable units. We believe the product and the pricing – 79,300 euros before tax in Germany ($89,800 in the U.S.) are aggressive enough to potentially achieve 40,000 or 50,000 in its first full year. Porsche expects a 90 per cent conquest rate, implying more than an annoyance for the traditional premium players,” said London based Jonas.

Hybrid version
The cheapest Panamera will be powered by a 2.8 litre V6 gasoline engine with a six-speed manual gearbox. The V6 engine will also be used in a hybrid version later. The model range will be launched by the 4.8 litre 400 hp V8 S model, and a 500 hp twin turbo 4.8 V8. There will be a four wheel drive option, and Stop-Start to cut fuel use.

Jonas said BMW is most at risk, and if the Panamera notched up 40,000 sales, BMW could lose up to 14,000 of some of its highest margin units, which would represent 1 billion euros ($1.4 billion) in revenues and nearly 400 million euros ($560 million) of pre-tax profit.

Jonas said the Panamera will take sales from higher-specified BMW V8 7-Series, BMW 5-Series, and souped up versions like the M3 and M5, and V8 and V12 versions of the Mercedes S Class, E class, CLS and AMG versions. Higher priced versions of the Audi A8, A5, A6, Bentley, Lamborghini, Maserati and Ferrari will also be hit.

Porsche currently owns 51 per cent of VW, but because of problems financing the debt used to buy VW shares, its original plan to takeover all of VW has foundered. The family which owns Porsche is currently involved in an unfathomable, byzantine squabble, the likeliest outcome of which would appear to be that the company will emerge as a VW subsidiary. At least that means Porsche will be able to easily meet E.U. fuel efficiency regulations which allow companies to average out their fuel sippers and gas guzzlers.

BMW takes biggest hit
Jonas reckons that of the damage done to the premium sector in terms of sales, BMW will take 40 per cent of the hit, Mercedes 27 per cent, VW 25 per cent, and Fiat 8 per cent, although he does concede that a more conservative sales outcome for the Panamera is likely, with sales of 20,000 in 2011 and 21,000 in 2012.

Global Insight’s Urquhart doesn’t see any “Cayenne” effect from the Panamera, saying that the Porsche SUV benefitted from a perfect storm.

“I’d be surprised if there was the same sort of uplift as we saw with the Cayenne. Porsche got its timing absolutely perfect, going into the luxury SUV market as it exploded and economic conditions were right. All these factors came together and it took off. With the Panamera there is a completely different scenario, and it might not be helped by some ambivalent comments about its styling. It’s like Marmite, you either love it or hate it,” said Urquhart.

Marmite
“Marmite” is a British meat extract product which some of the middle classes spread enthusiastically on their toast, at least the ones that don’t shiver with revulsion and reach for the marmalade.

Georg Stuerzer, analyst with UniCredit in Munich, Germany has cut back his maximum sales prediction to about 20,000 a year from an initial 26,000 made a year ago, with about one third going to the U.S., one third emerging markets and the rest in Europe.

“Key targets are the Audi A8, Maserati Quattroporte and the BMW 7-Series. I think that the Mercedes S class will be less affected as it is more a comfortable car than sporty sedan. The Panamera will also benefit from a trend back from SUVs to large sedans as they are more dynamic and more fuel efficient,” Stuerzer said.

“The Cayenne created a whole new niche. The Panamera is going into a well-entrenched segment so it’s difficult to see the unexpected surge that the Cayenne had,” said Madeira.

Professor Ferdinand Dudenhoeffer of the University of Duisburg-Essen in Germany believes the premium sector will return to a relatively healthy level or might even eventually increase, although that will depend on new markets. He said Porsche’s engineering will enable it to produce cars with sporty performance which use less fuel too.

CO2 rules won’t hurt Porsche
“I don’t think E.U CO2 rules will stop Porsche. With the Panamera they will introduce stop-start, and direct injection to improve fuel consumption. And there’s a hybrid around the corner. The high-end sedan and coupe segment will grow slightly in the next 10 years, mainly due to emerging markets. The E.U.’s CO2 rules will not be a problem because technology will cut fuel consumption,” Dudenhoeffer said.

Some experts expect Porsche to introduce more new models, including a smaller Cayenne based on the Audi Q5 compact SUV, and a Panamera Coupe, echoing the famous old Porsche 928.

CSM Worldwide’s Madeira isn’t so sure that the premium sector will thrive.

Stagnant
“Ultimately this is going to be a stagnant market, with the 80,000 to 90,000 level not being reached again until maybe 2015 or 2016. Look at the other segments; the lower (cheaper, smaller) the segment the quicker the growth. That’s where people are shifting to. It’s a mixture of the E.U rules and people’s wealth not increasing much over the next 5 to 10 years. E.U. CO2 rules will have a big impact on luxury vehicle sales,” Madeira said.