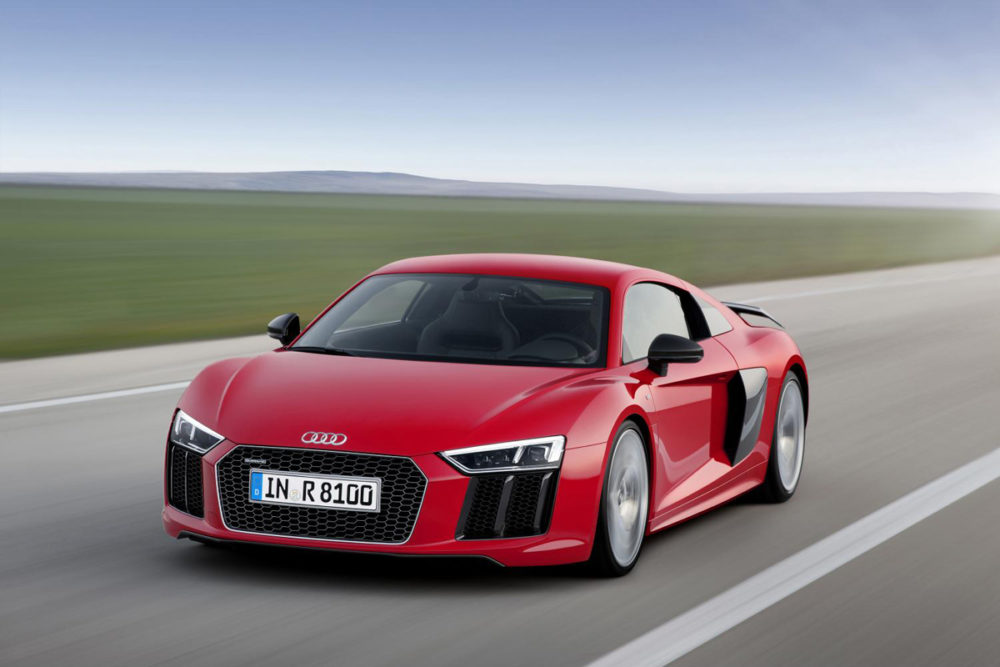 LE CASTELLET, France – Audi’s updated R8 supercar has more powerful 5.2 litre V10 engines with one capable of more than 200 mph, has shed weight by using more high-tech carbon fibre, and is on sale now if you have £119,500. 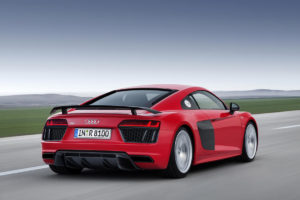 This second-generation R8 is probably more suited to the race track than the highway, but when driven on public roads it is quiet and relaxing to drive; unless you suddenly put your foot down. Then the car immediately sheds its benign mode, drops about four gears and becomes a snarling, roaring beast. Best not do that then, although if you do, choose a German highway with no speed limits.

There are two new revamped models. The old V8 engine has been dropped and the manual gearbox option goes too. The new R8 V10 Coupe has a 5.2 litre, 533 hp gasoline engine, while the R8 V10 plus Coupe has a 602 hp version of the same engine. This is located just behind the driver’s head and Audi calls it a mid-mounted engine, although it doesn’t leave any space for storage space in the rear. There is a glass panel over the engine so you can look at it from the outside; whatever turns you on. The trunk is located at the front and has enough room for a couple of briefcases. All have four-wheel drive. Later there may be cheaper versions with less exotic engines, plus a roadster too. 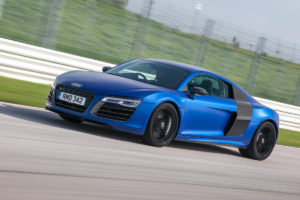 The “plus” version blasts from rest to 60 mph in about 3 seconds, and on to 205 mph if you are on a race track or in Germany.  The standard ceramic brakes will hopefully help avert any crisis. Audi’s headline claim, apart from the largely irrelevant 200 mph plus ability, is that the new R8 has shed up to 110 pounds thanks to a mix including carbon fibre and aluminium built on to its “multi-material space frame”. If you want to save fuel, when the engine is not working hard it will automatically shut down five cylinders.

When you turn on the engine with the start button, you immediately get a reminder that this is a machine designed for speed because it automatically revs and shrieks before settling down to a benign rumble. There’s probably a setting somewhere to make sure that you don’t torture the neighbours every time you start the car. Audi was especially proud of the LED lights with a laser option. The lights automatically dip when cars approach from the opposite direction and they turn to illuminate bends, thanks to a link with the sat-nav. The R8 has Audi’s “virtual” cockpit which houses all the available data, including sat-nav, in the screen directly in front of the driver. You can design your own screen emphasizing all the data you think is crucial. You can select “dry”, “wet” or “snow” programs to allow the four-wheel drive system to best protect you, although I’m sure the computer would automatically adapt to these conditions with no help from the driver. There was no Head Up Display option, a surprise omission on a car this expensive. 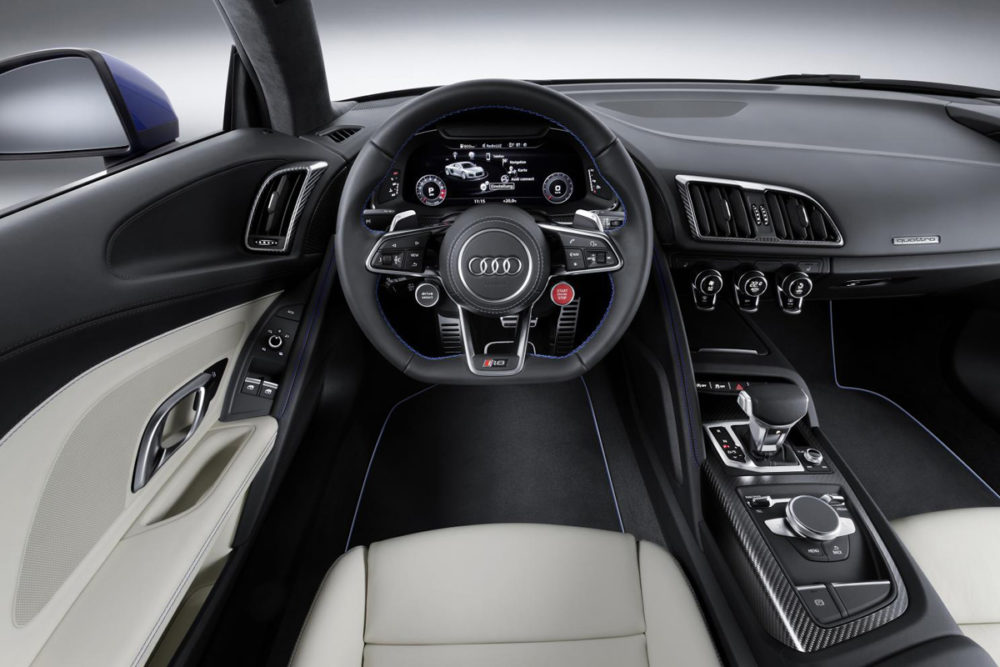 According to Kelley Blue Book (KBB), the R8 is a key halo vehicle for Audi.

“The R8 …….. has been important in establishing Audi’s sports coupe/sports sedan credentials in the crowded luxury marketplace. We expect the new R8 to occupy that same niche, a vehicle that the brand can hang its performance hat on, throwing off a sheen that shines well on the other, more prosaic vehicles in its line-up,” said KBB analyst Jack Nerad.

Main competitors
KBB sees the R8’s main competitors as the Nissan GT-R, Mercedes AMG GT and the Porsche 911. Audi reckons these will also include the McLaren 540C and 570S, the Aston Martin Vantage S and the Jaguar F-Type R AWD.

I really can’t do anything than give this car 5 out of five. No doubt if I had the money to buy one and could evaluate the competition it might change. As a golfer, I might use the fact that the storage space on this car is severely limited to make a distinction but it probably doesn’t really matter because if you’ve got this much money, your chauffeured A8 would probably follow you to the course.