All New From The Ground Up, But Spot The Difference 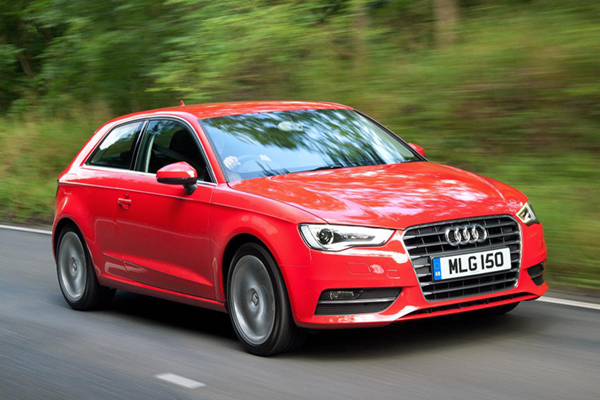 Will New Mercedes A Class Shake Up The Sector?
rating: **** out of 5

“Prices start at £19,205 and soar on to heights perhaps never before attempted for small cars”

If you’ve found a winning formula, why bother to change it? That theme runs throughout the Audi range, when every time one of its highly successful vehicles is renewed, you will have a tough time distinguishing it from the previous model.

Critics may call that ultra-conservative or lacking in adventure, but if the plan has worked well in the past, why bother to jeopardise it with unnecessary risks?

Introducing the new Audi A3 hatchback, which looks extremely similar to the outgoing model. Audi describes the straightforward appearance as:

“Subtly redefining the look of its supremely successful predecessor, and decisively elevating its dynamic character, fit and finish and on-board technology to a new plane.”

This has worked in the past, but this time there is a problem looming. It’s called the Mercedes A class. The Mercedes A class in the past has posed a worthy but even duller looking alternative to the A3 and BMW 1 series, but the new one, appearing later this year, looks the business. Will buyers in the premium sector be moved by such superficialities as skin-deep looks? They just might.

But the third generation Audi A3 has a formidable CV. The design oozes quality, inside and out. It drives sharply, and even the familiar criticism that the ride is too harsh has been addressed because even though the problem was still there, it has been solved by the addition of suspension setting mechanism. If the ride is too harsh, simply select “comfort”. 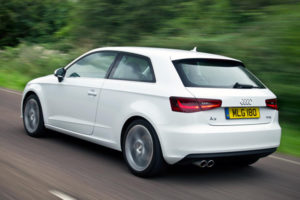 The manual six-speed gearbox was so good, I found myself thinking that I might, for the first time in a long time, opt for that over the super-smooth seven-speed DSG automatic, if I was buying one. I quickly slapped myself on the wrist saying don’t be so silly, but the manual option is exceptionally quick and smooth.

Prices soar
Prices start at £19,205 for the three door and soar on to heights perhaps never before attempted for small cars. One version I drove – the 2.0 litre, 148 hp diesel  – topped out at £29,225 with various tasty sounding options, while an automatic version pushed through the £30,000 barrier. Both zoomed along country roads with great aplomb and blasted down motorways effortlessly. 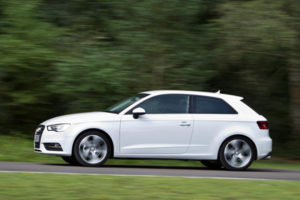 There are three specification options,  SE, Sport and S line. The entry level SE model features 16-inch alloy wheels, air conditioning, radio with electrically folding screen, Driver Information System, the Bluetooth mobile phone interface and a multi-function steering wheel. Sport models upgrade to 17-inch alloy wheels and the adaptive dynamics system. This enables the driver to choose from five modes which dictate the car’s driving characteristics – Comfort, Auto, Dynamic, Efficiency and Individual. They influence the weighting of the steering, the sensitivity of the throttle pedal, the shift points of the S tronic transmission if this is fitted and the parameters used by the optional adaptive cruise control system. Expect the button used to play with all these choices to be used only the once. Additional Sport features include two-zone climate control, sports seats, sports steering wheel and aluminium detailing inside and out. “Sport” prices start at £20,430 for a 1.4 petrol manual.

The 1.8-litre petrol engine is linked as standard to a seven-speed S tronic twin-clutch transmission; the 1.4-litre TFSI and 2.0-litre TDI are paired with a six-speed manual gearbox. Additional engine and transmission combinations, and new engines such as the 1.4-litre TFSI with cylinder-on-demand technology, will follow, as will models equipped with quattro permanent all-wheel-drive. All versions have engine start-stop and energy recuperation systems. 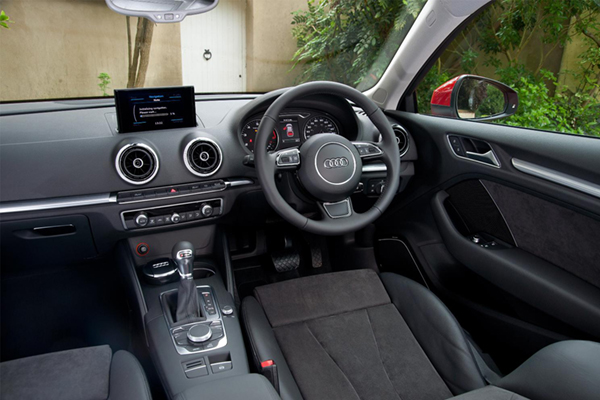 The choice in this quality field is tough because all the candidates are exceptional. First reports say that the new Mercedes A class, even though it is front-wheel drive, (like the Audi) drives splendidly and given that it looks so good, this might be a surprise success. The new Volkswagen (which owns Audi) Golf, thanks to the new modular system probably uncannily similar under the skin to the A3, is also launched next month and will offer similar options in a cheaper package but without of course the magic brand. The Ford Focus and Opel-Vauxhall Astra and various SEATs, Skodas, Kias and Hyundais also compete in this small family car sector, and in a blindfold test as a passenger you would probably have difficulty in telling the premium from the run-of-the-mill. The Lexus CT200h is a terrific car too.

When the blinds come off though, expect the punters to go German. 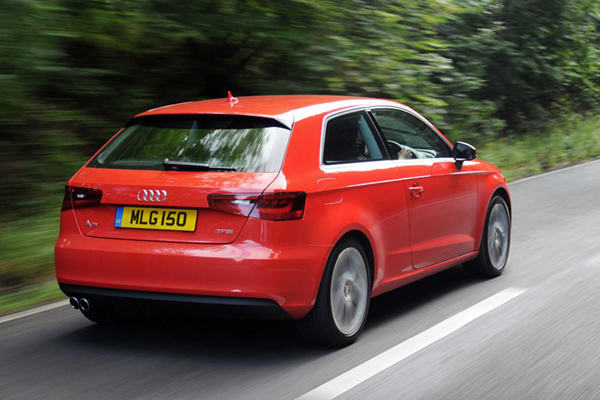 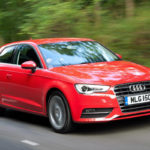 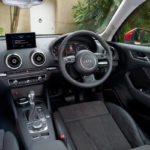 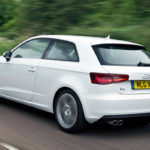 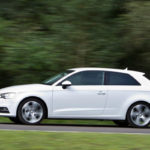 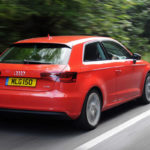