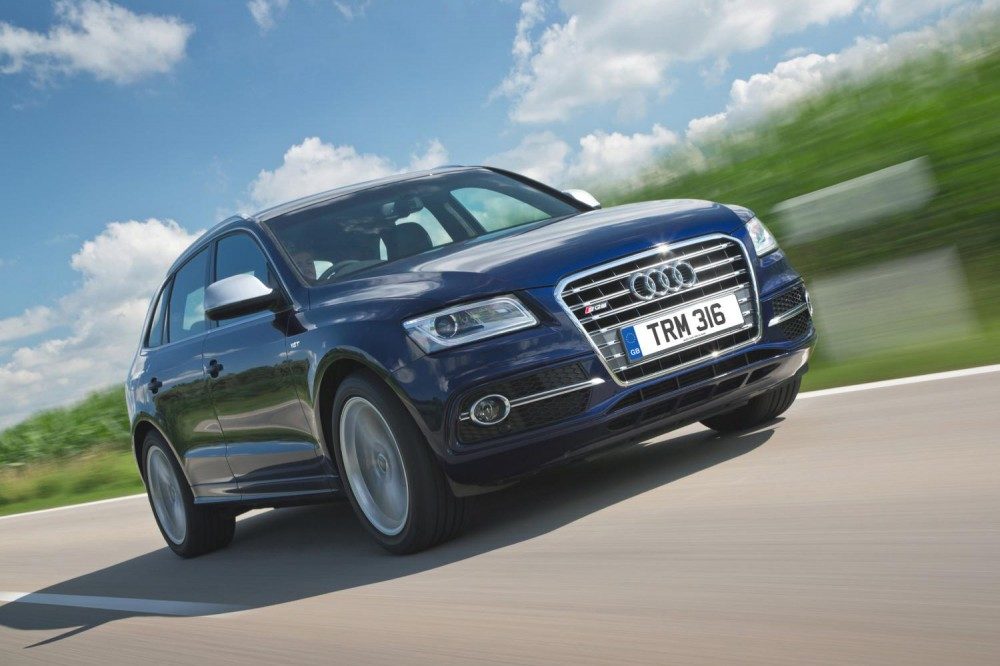 Will Blast Along Huge Amounts Of Stuff, People Like A Sportscar.

Hi-Tech Gizmos, Attention To Detail, Even Down To The Noise It Makes.

For – faster than the average utility vehicle.
Against – limited attraction, you’d think.
**** out of five

If you have a range of all kinds of compact SUVs which go off road and carry lots of people and all their things you might as well have a hot one to top out the offering.

And the Audi SQ5 TDI compact SUV is certainly hot. The 3.0 litre V-6 twin-turbocharged diesel produces 309 hp and 650 Nm of torque.  Acceleration from a standstill to 60 mph takes under five seconds. That is seriously fast, although it makes you wonder why anyone would want an all-round utility vehicle like this which could beat most two-seaters away from the traffic lights. It will do a restricted 155 mph, and I suppose fast cruising makes sense carrying masses of stuff and people. But I didn’t get where I am today by questioning Audi’s ability to market all kinds of vehicles with amazing success. 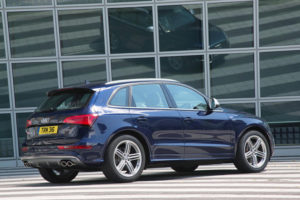 Audi has decided that the SQ5 needs a limited amount of bling; just enough to allow it to describe the cars as having presence, discretion and style.  Audi reckons that the body shouldn’t give off too many “look-at-me” signals, but it thinks a bit of cultured noise is ok. A sound actuator in the exhaust system gives the motor a deep, sonorous sound, apparently. I couldn’t tell because I was inside. Its claimed average fuel consumption is 41.5mpg, but it probably won’t be if you start hearing a deep, sonorous sound.

Claw back energy
The eight-speed automatic gearbox shifts quickly and smoothly. The car’s computer allows you to change the set up of the steering, suspension and gear selection depending on whether you want to drive sedately or quickly. You can opt for adaptive cruise control. The computer will intervene unobtrusively to correct potentially dangerous manoeuvres. It has a start-stop system to save fuel, and the motor will claw back energy as the car free-wheels.

“The coupe-like roof line and wrap-around tailgate are complimented with the brawny bumpers exclusive to this diesel S model at the front and rear of the car. Adaptive lights with dynamic cornering lights and static turning lights are available as an option. Among the special design details, the platinum grey single-frame radiator grille with its galvanised dual struts in aluminium look, the roof spoiler and modified bumpers are especially eye-catching,” the blurb says. 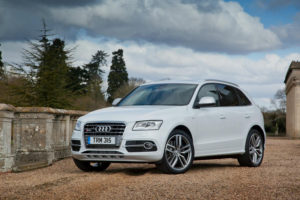 The bonnet and tailgate are made from aluminium, while a large share of the car’s structural elements integrate ultra-high-strength steels; they reduce weight and improve crash safety. The kerb weight of the base version is 1,755 kg. You can pay more for temperature-controlled drinks holders. Under the removable cargo floor there is an additional compartment for which a dirt-resistant tray can be ordered. Other optional features include an electric drive for the tailgate, a rail

system with load-securing set and a reversible floor mat.

It’s nice and quite inside, very little roll and the steering is precise. Prices start at £44,055. You can add a Technology Package for £1,695 that gives you a top-line SatNav, sound system, and automatic parking. Technology Package Advanced adds adaptive cruise control and lane assist for £2,320. 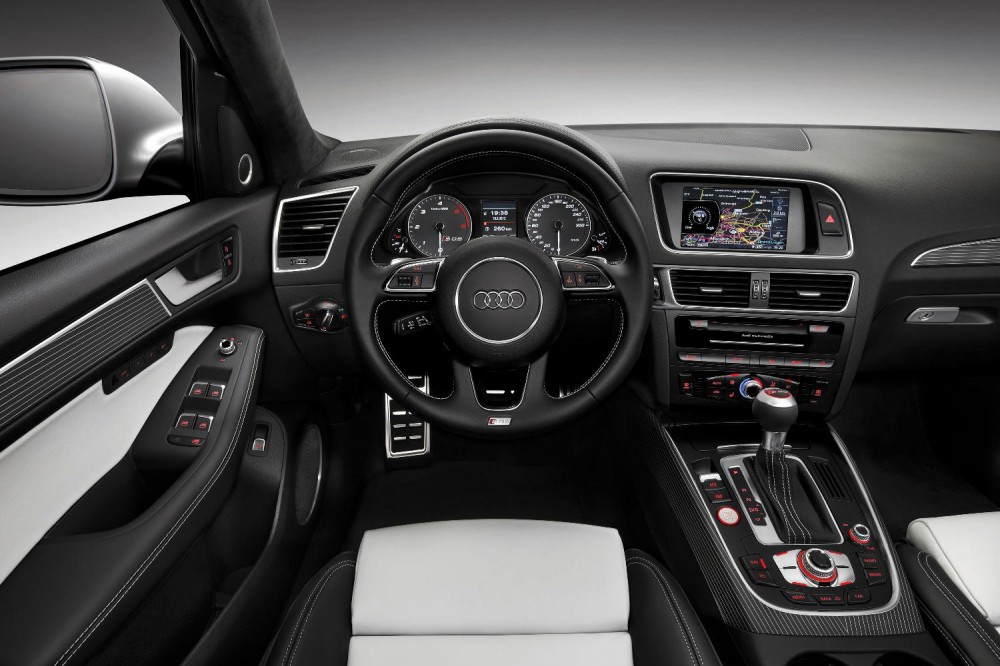 Will rich chavs be able to handle the idea of a diesel engine up front? Is it inevitable that on day one they fill it with petrol? Of course not. Audi has a refill system that won’t let you do that. I’m sure of that. 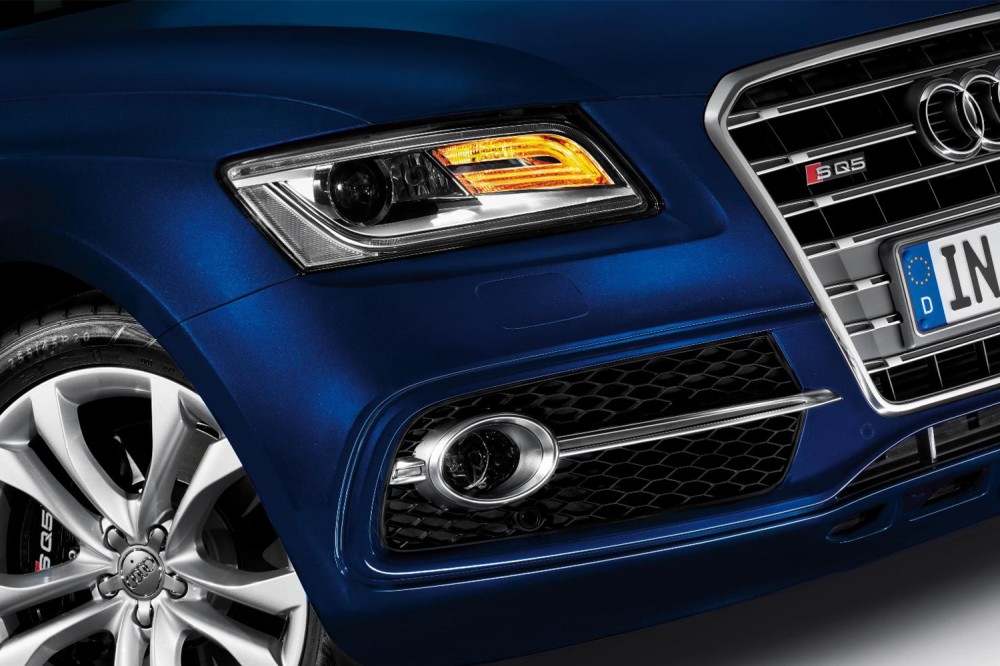