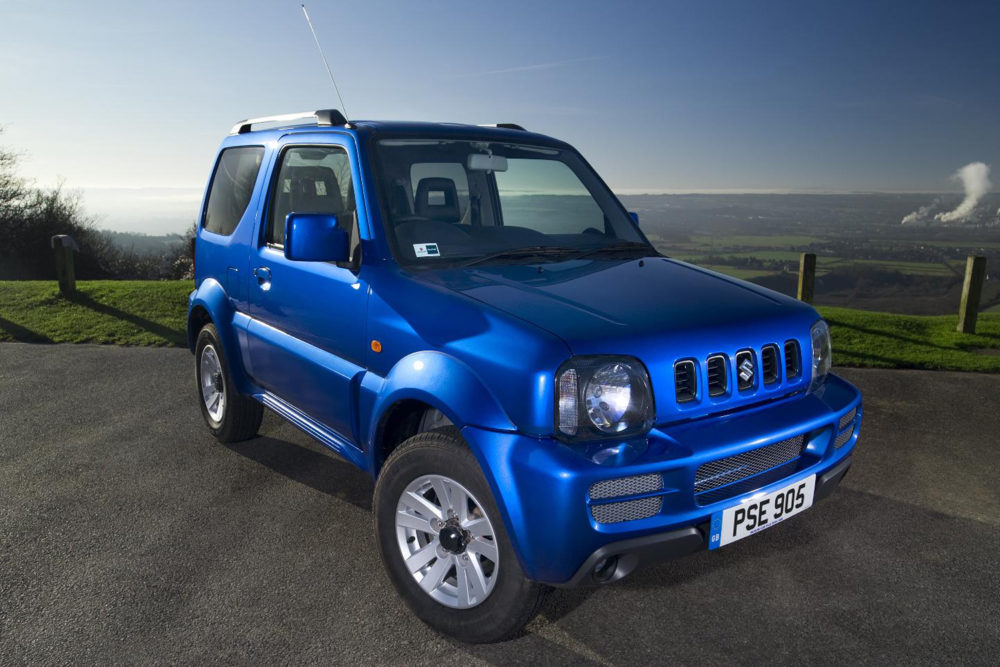 Excellent in Town, Won’t Let You Down Off-road.

“Acceleration a bit weak, but once it’s up and running it holds on to motorway speeds close to its maximum with ease”

“the little train that could”

It wasn’t until a friend of mine bought one, then claimed I recommended it, that I began to notice just how many little Suzuki Jimny SUVs there are around. 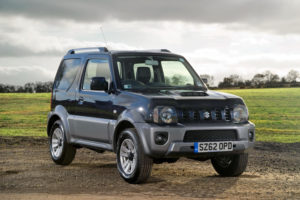 They are everywhere, and have been for ages, so Suzuki must be producing something that is better than the average. Now that I look twice, I’m reminded that the Jimny is very cute, very attractive. Its compact size must be appealing to women. It’s rugged, all-wheel drive, go-anywhere character makes me think of the little train that could. The driving position is high and commands an excellent all-round view. And finally I’ve learned that it’s the Jimny, not the Jimmy, although I can’t figure out where the name comes from. I tried, not very heard admittedly, to find out what the name means. If anyone out there has any idea, please let me in on the secret.

Suzuki has been making the Jimny for 44 years, and calls it a genuine off-roader. It was an SUV before there were SUVs. I can attest to its off-road ability after driving one on tracks in North Yorkshire. You have to push a button to select four-wheel drive, so that isn’t very difficult. Suzuki’s Drive Select 4×4 system features a transfer box with high or low ratio four-wheel drive. The engine is a four-cylinder petrol 1.3 litre which Suzuki claims will give you 39.8 mpg with the manual five-speed version, or 38.7 mpg with the 4-speed automatic. 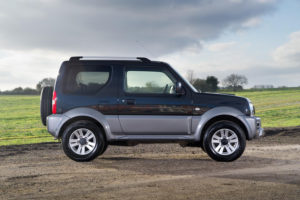 For a mere £11,995 the SZ3 comes with front fog lamps, roof rails, heated electric door mirrors and front electric windows. Pay £13,295 for the SZ4 and you get synthetic leather/cloth front seats with ‘Jimny’ logo emblems, air conditioning, alloy wheels, leather trim steering wheel and rear privacy glass. The five-speed auto box will bring the price to £14,195. The Jimny received some minor updates at the end of 2012.

Journalist don’t like it, owners do
Integral roof rails emphasise the roof contours, and can be teamed with a range of accessories for secure carrying of items such as skis, bikes and surfboards.

The Jimny’s separate, full box-section chassis has established a strong reputation for durability and toughness. The rigid front and rear axles are attached to the chassis by a three-link arrangement, with an anti-roll bar fitted at the front. 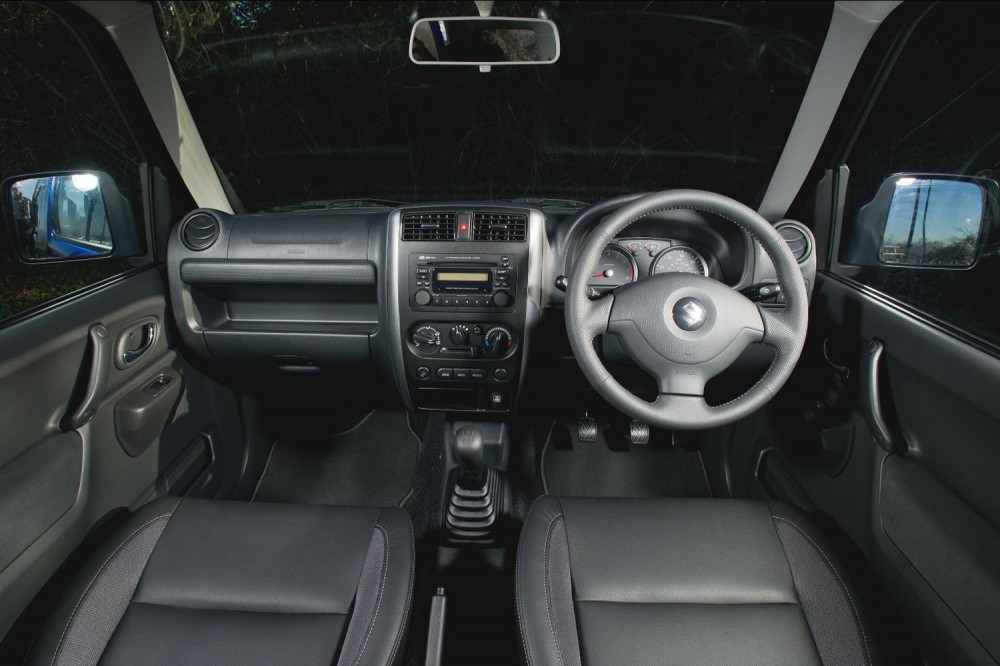 Also featuring in the Suzuki Genuine Accessories range is a partition grille, which is suitable for use as a dog guard. This can be combined with a large size, robust load liner to enable owners to further enhance practicality and protect the interior.

If you research into the plusses and minuses of the Jimny, you’ll find that journalists don’t seem to like it much, while owners do. That has to be a big plus. The ride is a little harsh, and the car has a tendency to wander on the highway. The Jimny is relatively high, and this gives it terrific flexibility if you’re loading stuff in the back. Acceleration is a bit weak, but once it’s up and running it holds on to motorway speeds close to its maximum with ease.

The Jimny doesn’t seem to have any competitors in its price niche, the closest rival seemingly a Jeep Wagoner, which is much more expensive. For those looking for an honest, unpretentious little worker, the Jimny will do the job. You won’t be doing burn-ups from the lights, but what use is that anyway? My recommendation by the way, whether I made it or not, has gone down well, because the owner seems very happy with the Jimny. 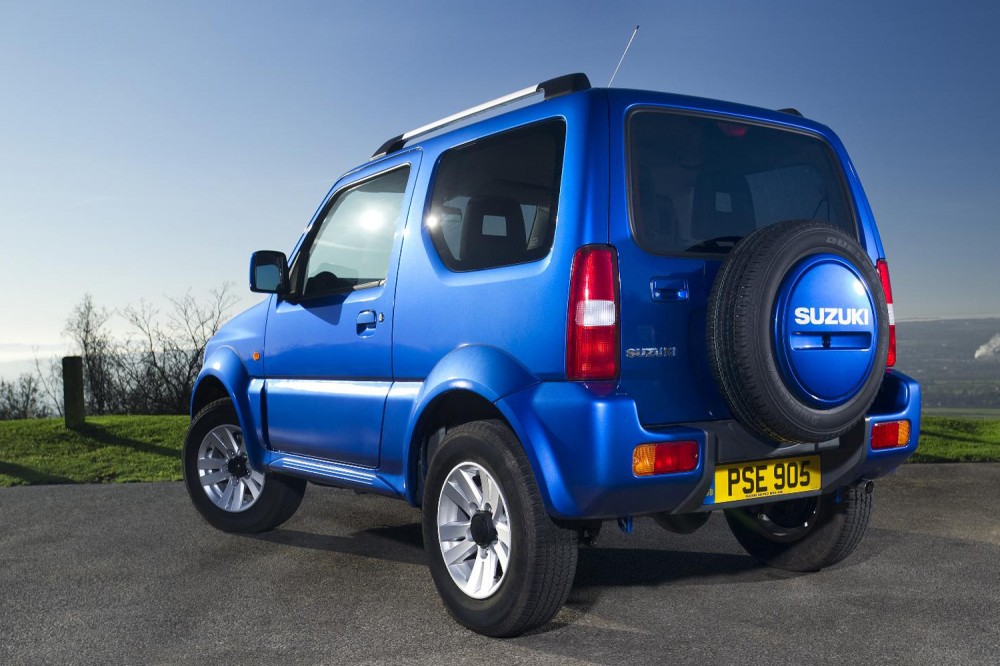