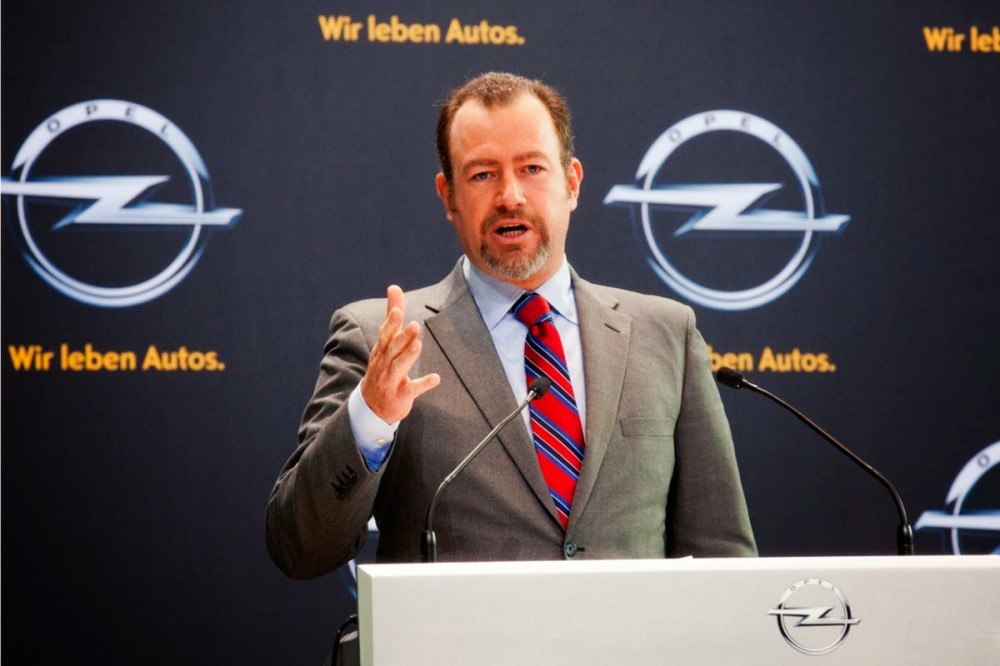 “Europe is still dripping with overcapacity. If demand returns, it will take three or four years to get where we were before the recession”

General Motors President Dan Ammann has been in Europe this week to spread the word about the company’s progress globally and pledge support to the turnaround of the troubled European serial loss-maker Opel-Vauxhall.

Given the huge losses made by Opel, the mainly German-based company which sells across Europe except Britain, and Vauxhall, which sells identical cars there, the wonder is that it has survived at all. Rumors have raged about how Detroit won’t put up with such a serious drain on its resources any more. And the losses have been formidable and mind-boggling. Opel-Vauxhall lost $844 million in 2013, down from $1.94 billion in 2012, and has accumulated losses totaling around $18 billion since 1999.

In fact, GM almost sold off Opel-Vauxhall during the financial crisis in 2009 to the Magna of Canada/Sberbank of Russia consortium. As GM emerged from bankruptcy it pulled the plug on the deal, not least because the Ruesselsheim, Germany R&D center was seen as a crucial element for its global plans for smaller, more fuel-efficient modern cars.

Opel-Vauxhall has survived, and earlier this month unveiled a long-term plan to thrive too. GM Europe president Karl-Thomas Neumann had already set a 2016 break-even target, but this month offered more meat on the bone, with long-range plans for the “DRIVE!2022” strategy, including European market share rising to eight per cent by 2022 from 5.8 per cent in 2013, and seizing second place in the market share stakes by jumping over Peugeot, Citroen, Renault, Hyundai and Ford, as they line up behind mighty market leader Volkswagen of Germany. In 2013, Opel-Vauxhall announced a $5.25 billion investment plan through 2016 to develop 23 vehicles and 13 engines. This has now been expanded to a total of 27 new models and 17 engines between 2014 through 2018.

Detroit masters
Crucial for the masters in Detroit was the profit target, although for years the linking of “profit” and “Opel-Vauxhall” didn’t often coincide. EBIT profit (earnings before interest and tax) was to reach five per cent by 2022.

Ammann told a media briefing at the iconic Royal Automobile Club in central London this week that the EBIT target of five per cent for 2022 was respectable for Opel/Vauxhall especially considering recent “mid-single-digit losses”. There had been reports that GM Europe’s profit target for 2022 had been considered insufficiently ambitious by Detroit and would be brought forward to 2018.

Ammann said the 2022 aim was realistic.

“Sure it’s achievable. We’d like to get there sooner but this is achievable,” Ammann said.

A six year slide in European car sales to 20 year lows since the recession began is at last coming to an end, but if these ambitious plans are to succeed a rising momentum in car sales is required. Nobody predicts that. Analysts say the target is ambitious but doable.

“The European market is still dripping with overcapacity and even if demand returns it is likely to take about three or four years to get anywhere near where we were before the recession. We’re looking at 2020 at the earliest for a return to pre-recession levels,” Rhys said.

Western Europe car sales climbed 5.8 per cent to 5.42 million in the first five months of 2014, according to the European Car Manufacturers Association.

The need to slash capacity still has not been addressed.

“The European industry suffers from an incredible reluctance to accept reality. They fight until the bitter end and try and try to ignore the reality (of the need for plant closures),” Rhys said.

“Opel/Vauxhall brands suffered more than most in the period of recession and since. They have good, honest products, but so does everyone else. Despite the new products there’s no sign yet that they have customers saying, ‘my word these products deserve a second look’,” Rhys said.

That might be a bit unfair because Opel Vauxhall has some terrific vehicles now including the (big by European standards) Insignia sedan, which doubles as the Buick Regal in the U.S. and China, the Mokka compact SUV and Adam city car. Later this year there will be a new Corsa small car, then the Astra replacement in 2015.

Everybody’s doing it
Nevertheless, the rest of the European competition are pursuing similar plans. Ford Europe is well on the way to slimming itself down for a profitable future, Rhys said. Renault of France has its alliance with Nissan of Japan to keep costs in check. Japan’s Toyota will be able to stabilize here, as will Hyundai Kia of Korea. Fiat of Italy with its Chrysler affiliate has shed market share but looks set fair. That leaves Peugeot of France, recently bailed out by Dongfeng Motor of China and the French government, which is the most exposed. Peugeot could show even Opel-Vauxhall a thing or two about losing money. It lost close to $9.5 billion between 2012 and 2013.

Rhys said the most difficult problem for Opel-Vauxhall was making sure it didn’t pay too much attention to cutting short-term costs by skimping on the product development programme.

“If you cut back for short-term gain and to maximise profits you will wake up one day to find you don’t have critical mass and you don’t get the economies of scale to be able to compete. If you want to stay in this mass market you need to keep up the level of production,” he said.

“It’s a very fine line. You cut to get back into the black but jeopardize future products. (GM Europe’s) Neumann has to take this step by step, renewing the product portfolio and broadening it. Every new model he brings in has to be successful,” Bratzel.

This will be especially difficult next year with the new Astra family sedan which will have to win sales against market leaders like the VW Golf and Ford Focus.

“The pressure is on Neumann from Detroit, and the sooner he is back in the profit range the better. Problems in the U.S. are building too. If the recall causes the U.S. operation to have profit problems, that will build pressure here too,” Bratzel said.

Bottom line
General Motors CEO Mary Barra said in a TV interview Thursday that further vehicle recalls remain a possibility as GM continues to deal with a number of safety issues that have led to the recall of 20 million cars. That won’t do much for the bottom line.

Bratzel shares Rhys’s view that Opel-Vauxhall’s recovery won’t be buoyed by much of a recovery in car sales.

“The European economy is getting a bit better, but there won’t be big growth. The cake will be more or less as is, they will have to get a bigger slice. By 2020 sales might hit 14 million, maybe 12 to 12.1 million this year,” he said.

Rhys said the Opel brand is not so appealing as it was. But he remains optimistic.

“Opel used to have a big market share in Germany, but inch by inch the competition has eaten into this. I think there is a true realization within the Opel empire that they have to change and that is the key to any estimation of success. Yes I think they can still succeed, but probably not to what they were 15 years ago,” Rhys said.

Meanwhile Ammann stayed in Britain to visit the annual Goodwood race track’s “Festival of Speed” on the south coast, and will be driving a souped-up Vauxhall VXR8 in one of the events.