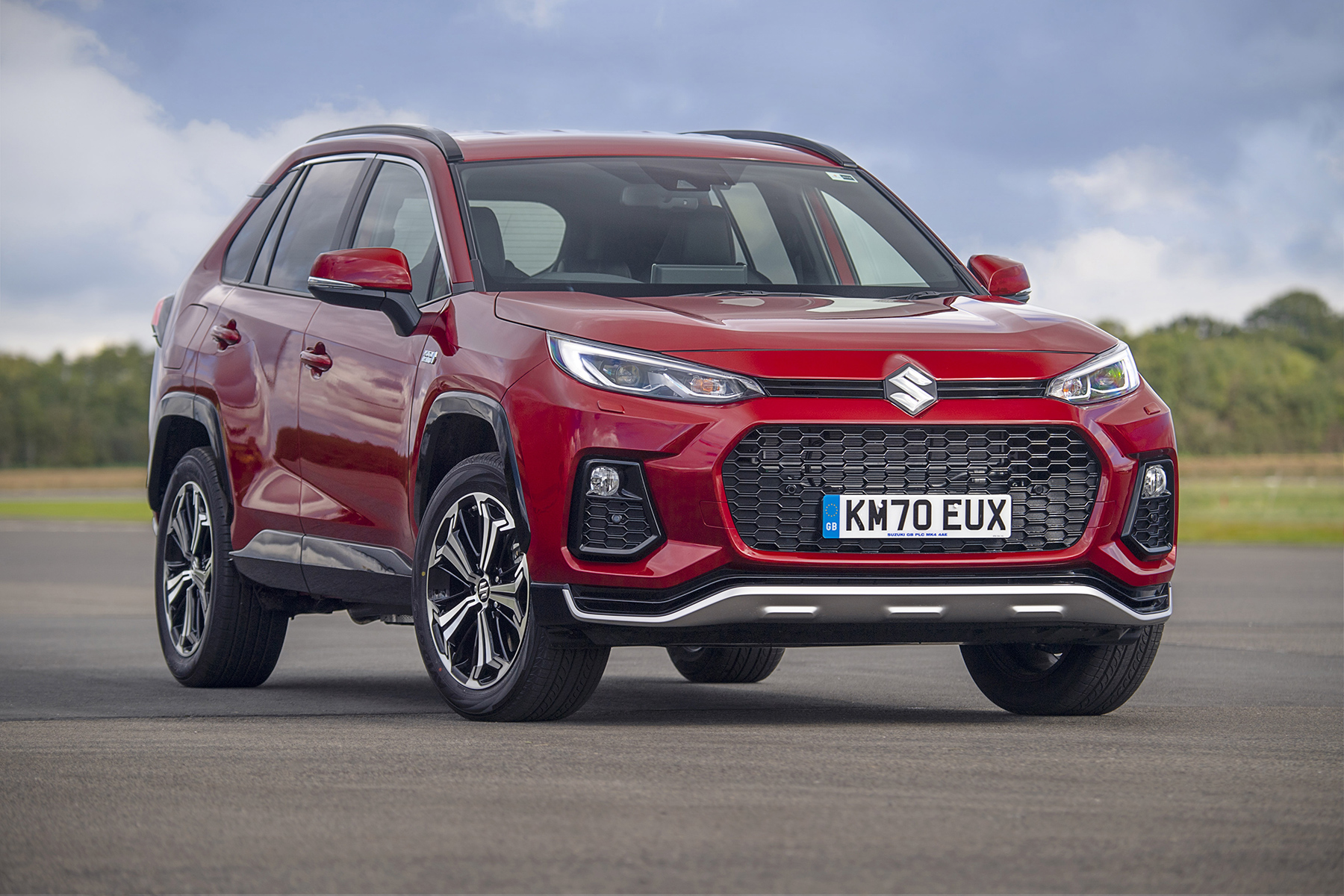 “because of insane, dogmatic regulations fed by grandstanding politicians eager to pose as green prophets, PHEVs will only have a momentary time in the sun”

In a sane world, PHEVs like this Suzuki Across would be the future.

There’s enough battery power – close to 50 miles worth – to allow total electrification for average driving needs. The petrol backup means range anxiety is a thing of the past, and long journeys or a Riviera holiday are no problem. 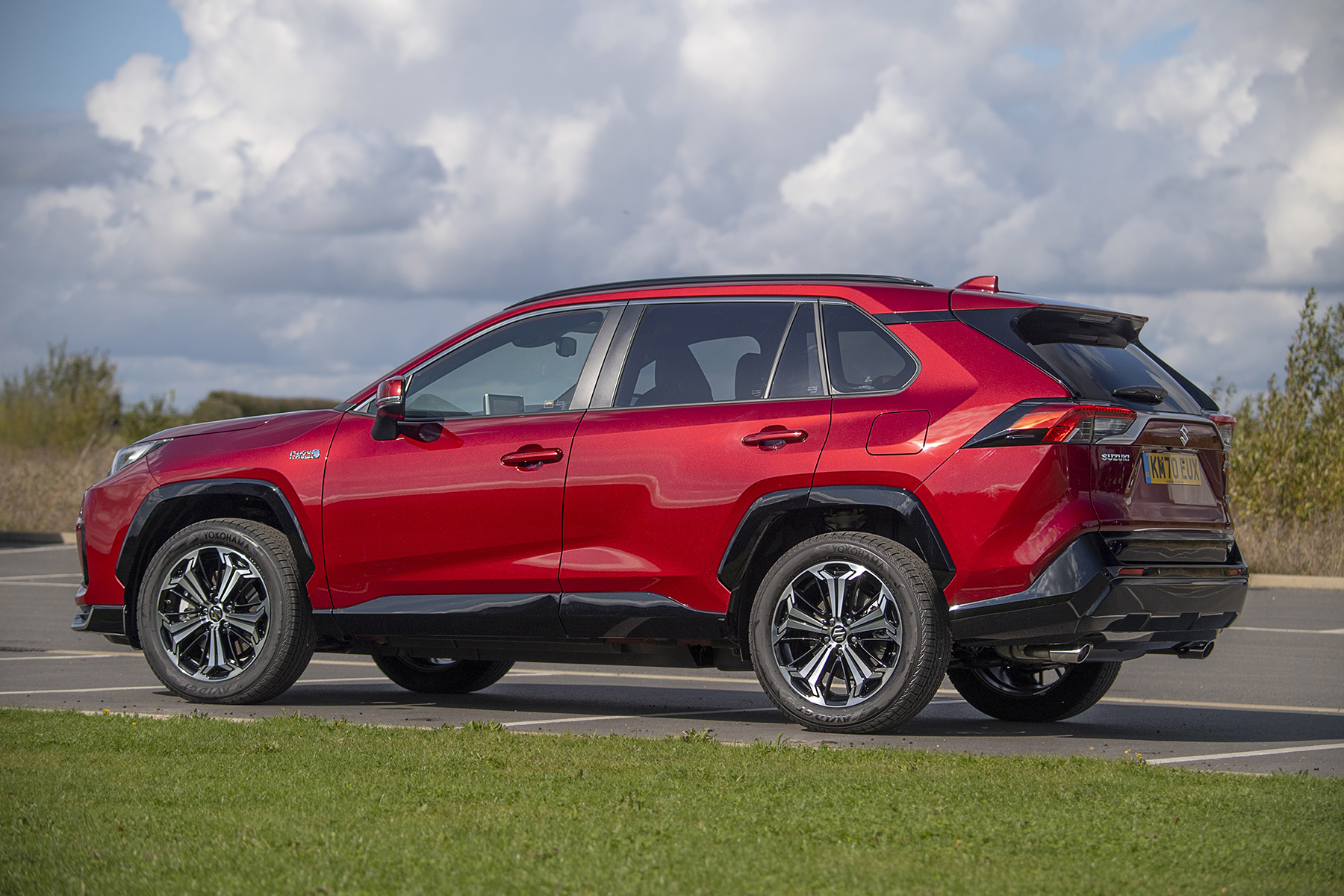 But because of insane, dogmatic regulations fed by grandstanding politicians eager to pose as green prophets, PHEVs will only have a momentary time in the sun. EU regulations, for instance, tighten so drastically after 2025 that only battery electric cars are likely to make “sense” for those that can afford them.

PHEVs – plug in hybrid electric vehicles – have petrol or diesel power to back up a battery in this case with an all-electric range of just under 50 miles. Current PHEVs run dry after about 30 miles. Ferrari’s new 296 GTB has maybe 16 miles, probably 10. Traditional hybrids, made famous by the Toyota Prius, use a petrol engine augmented by a battery which boosts the performance and helps fuel economy. The battery is powered by liaising with the internal combustion engine (ICE) and can’t be charged independently. Battery-only range is less than a mile.

PHEVs have much bigger batteries and can be recharged by plugging into your house or charging station. The Mitsubishi Outlander PHEV was the lead dog for this engineering, but its range – claim of 30 miles but often less than 20 – never really allowed for total electrification. I drove the Across for a week on daily journeys mostly of 30 to 40 miles and plugged it in to my ChargePoint at night. I’ve scoffed at Mitsubishi’s claim that its PHEV would return 130 mpg and laughed out loud when I read Suzuki’s claim of 282 mpg, but when I checked my fuel use I managed 309 mpg. That’s not really a useful statistic, because average users of the Across will never use any petrol at all. 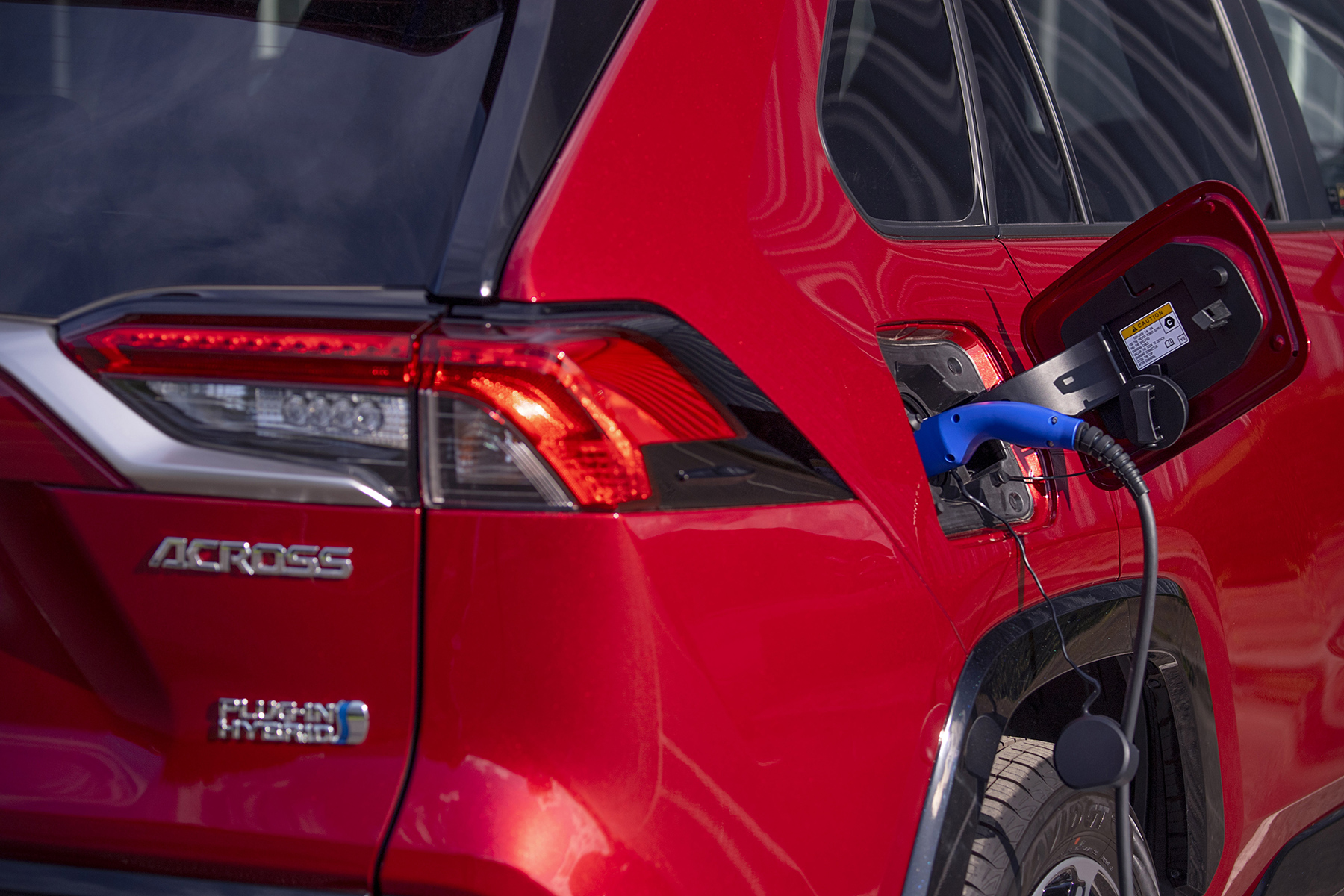 Let me say that one more time. Average, normal drivers of this Across won’t use any petrol at all, but governments will be making PHEVs ever more unaffordable because they might use a miniscule percentage of petrol. And bear in mind that more manufacturers are improving the technology and soon a Mercedes PHEV will do almost 100 miles on electricity alone. The fact that it has a super-clean modern diesel that it might use 1% of the time is enough for government climate grandstanders to decree it can’t be allowed. Although they aren’t brave enough to say that, but they hide behind laws that do just that.

How did PHEVs become bogeypersons, rather than enabling saviours? Because some big fleet operators exploited the tax exemption rules by buying PHEVs, then not making sure their operatives used them sensibly. Because company car drivers don’t pay for their own petrol, they had no incentive to plug-in the vehicles. Result? Many corporate owned tax-funded PHEVs consumed more fuel than the ICE ones they replaced. This could easily be fixed by perhaps geo-fencing or imposing rules, but this hasn’t happened. So this fantastic shortcut to electrification with no range anxiety has been stymied, as green groups like Transport & Environment cheer from the sidelines. 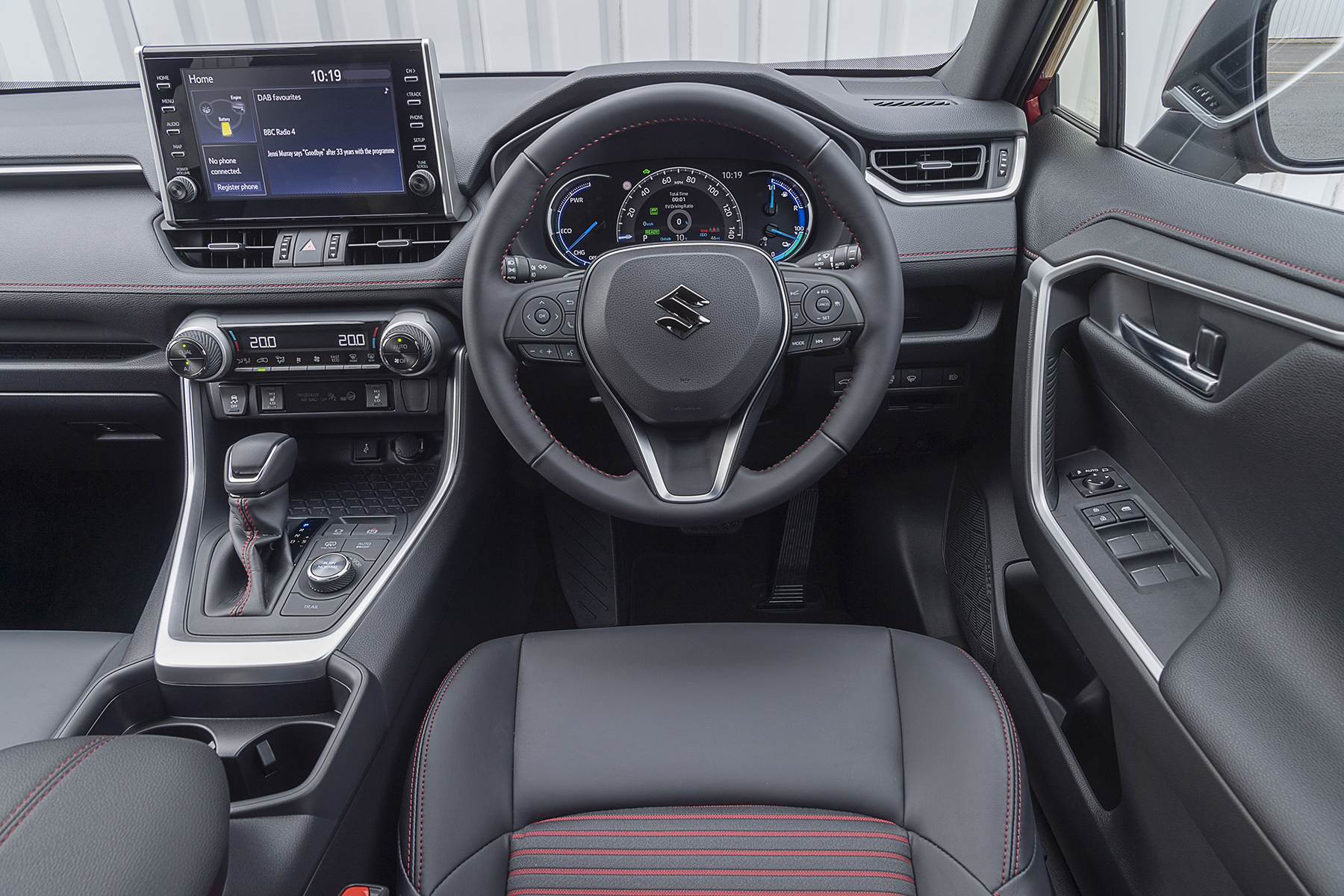 So back to the Across. It is now very much at the top of the Suzuki range, and at £45,599 about £20,000 more than the current range topper, the Suzuki Vitara 4×4 auto that I lease. It’s the result of Suzuki’s cross-shareholding collaboration with Toyota and is based on the RAV4. It is a class above the Vitara in terms of build quality and the interior is positively Audi-like. The ride is more wafting Jaguar than the Vitara’s honest ruggedness. Not surprisingly it looks like a RAV4. The Across was powerful and the steering precise and reassuring. It’s one of those rare cars which make you feel at home right from the start. Occasionally it would remind us of a world that’s about to leave us for good – it would burst into full ICE life if you put your foot down hard and the traditional engine is ordered to kick in. Politicians would be wringing their hands at the sound. Suzuki claimed a range of 46 battery-only miles but 5 fill-ups gave me two 50s and two 49s and a 47. But of current PHEVs on the market, the Across is ahead by about 15 to 20 miles, which doesn’t sound much but I found made all the difference. The range hardly deviated from the promised availability, even after much experimentation with the regenerative braking. I selected sports mode to increase the revs going downhill and also pulled the flippers to induce lower gears but driving over similar terrain – A272 rolling Sussex downland – didn’t seem to make much difference. I’d have liked better illustration of what the system was doing, like VW does with its ID3 and ID4 graphics. 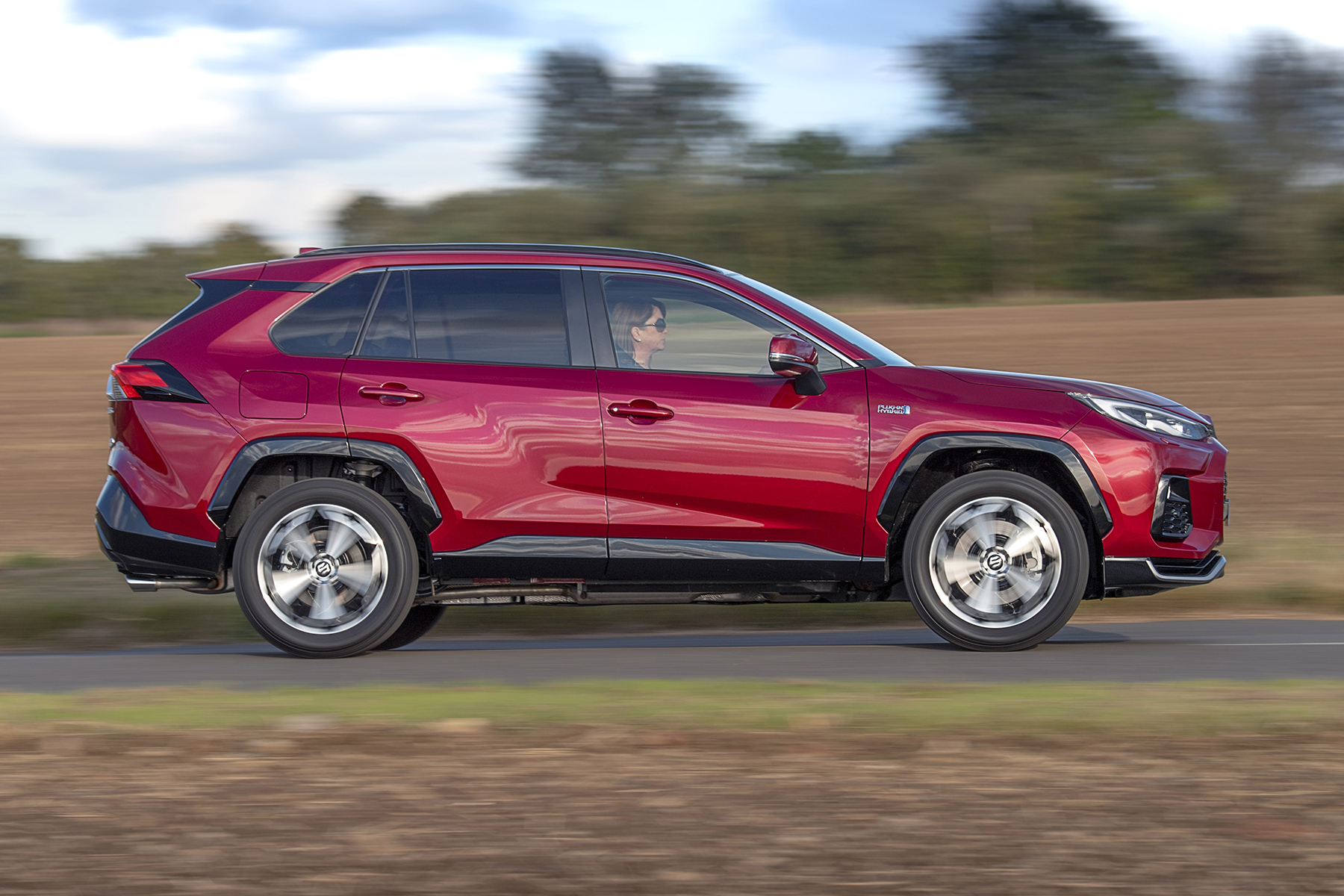 One high-spec model
You can select EV for pure electric operation, EV/HV, which switches between fully electric and hybrid power, HV for solely hybrid operation, and a charging mode which tops the battery up on the move. That would become childsplay with a bit of practice, although I didn’t have time to master it.

The Across will be sold with one high specification model which includes an electronic 4×4 system, leather seats, heated front and rear seats, remote opening tailgate and 9” multimedia touchscreen.

“The Plug-in Hybrid system has a powerful front electric motor that delivers vigorous torque at low speeds and combines with a powerful 2.5-litre petrol engine for rapid acceleration at higher speeds. The front electric motor draws its energy from an 18.1kWh battery mounted beneath the floor. This provides a class leading EV range of 75km (46.6 miles),” Suzuki said.

The system features an independent 40kW rear motor that works in conjunction with the front one to enhance stability during take-off on slippery surfaces such as snow.

What to buy
I’m sold on the idea of PHEVs, and my next car will definitely be of this ilk. The opposition is gathering weight, including the Range Rover Evoque, the Ford Kuga and various offerings from the Stellantis empire, but manufacturers need to address cheaper price bands. I suppose my judgement might be undermined by big advances in battery affordability or battery recharging density, but I think that is still years away. Meanwhile PHEVs will rule, although governments will try and thwart this. What’s gilets jaunes in Esperanto? 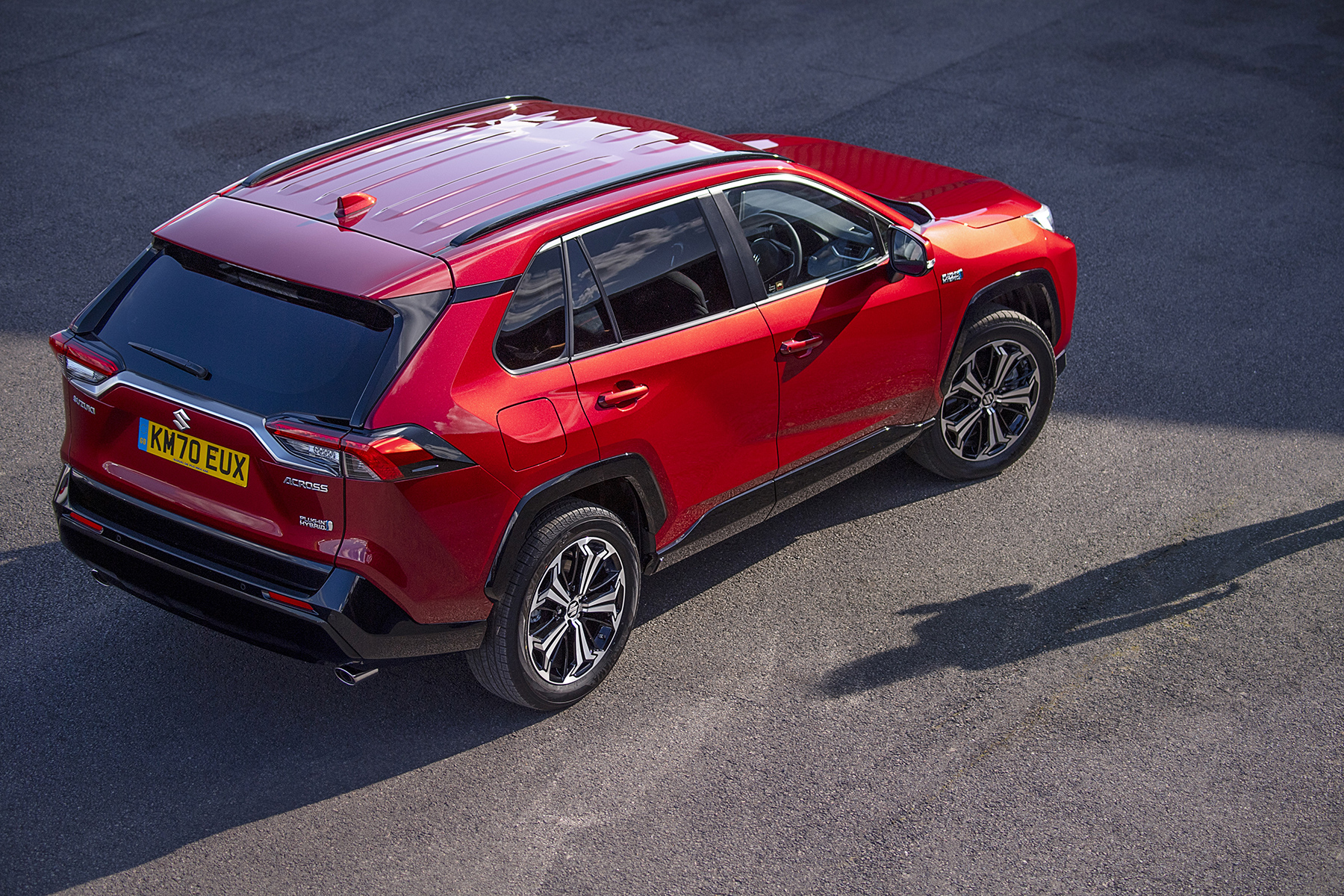