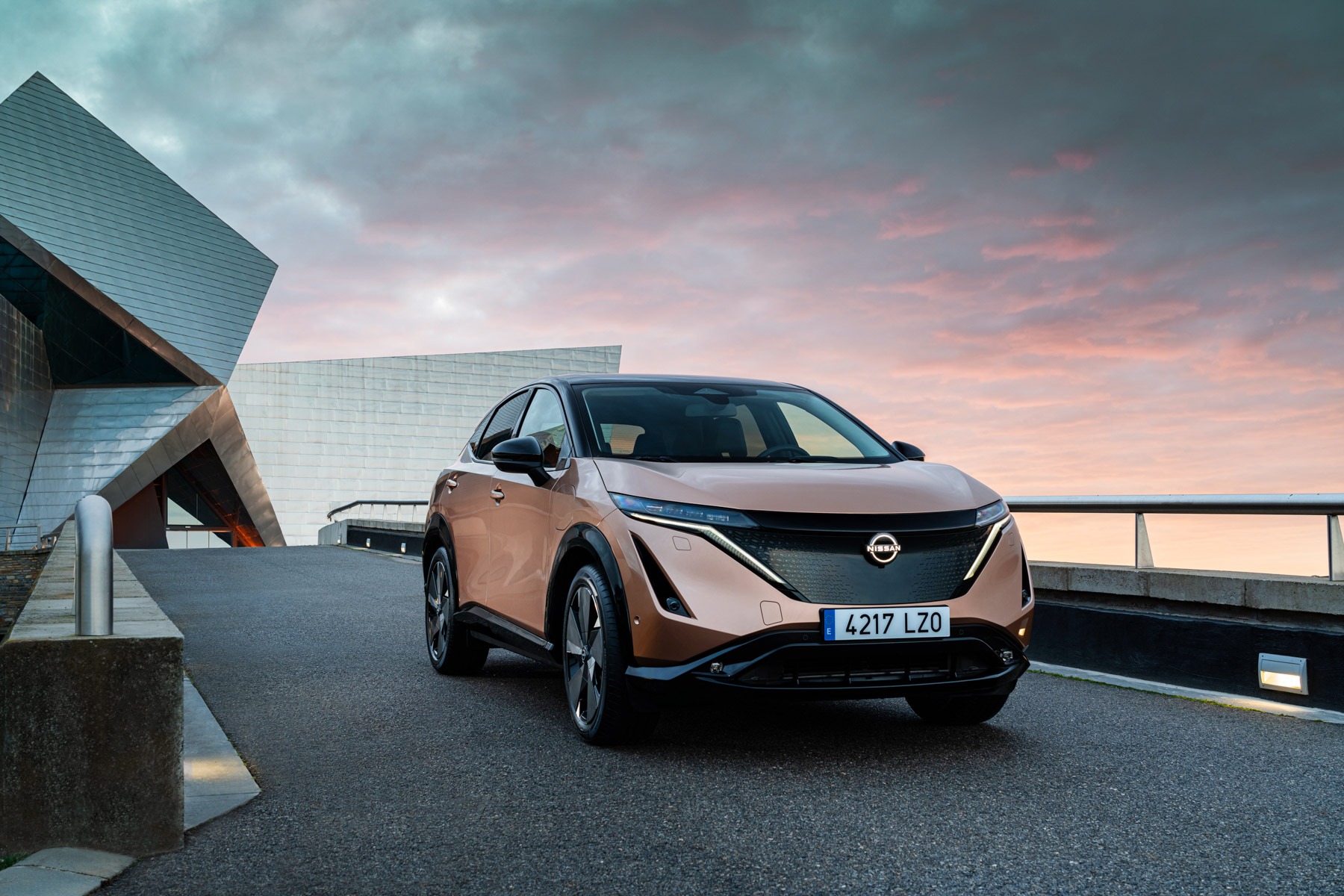 The Nissan Ariya stands out from the crowd as a handsome beast, particularly with its nifty copper and black paint job. But its electric qualities are only comparable with the competition, a disappointment given it is the new kid on the block with a chance to sport the very latest technology.

I ventured away from my home charger and the BP Pulse charging regime was a joke, with poor and thoughtless design. Any new drivers of electric cars will be stunned by the incompetence and wonder just what they’ve let themselves in for. 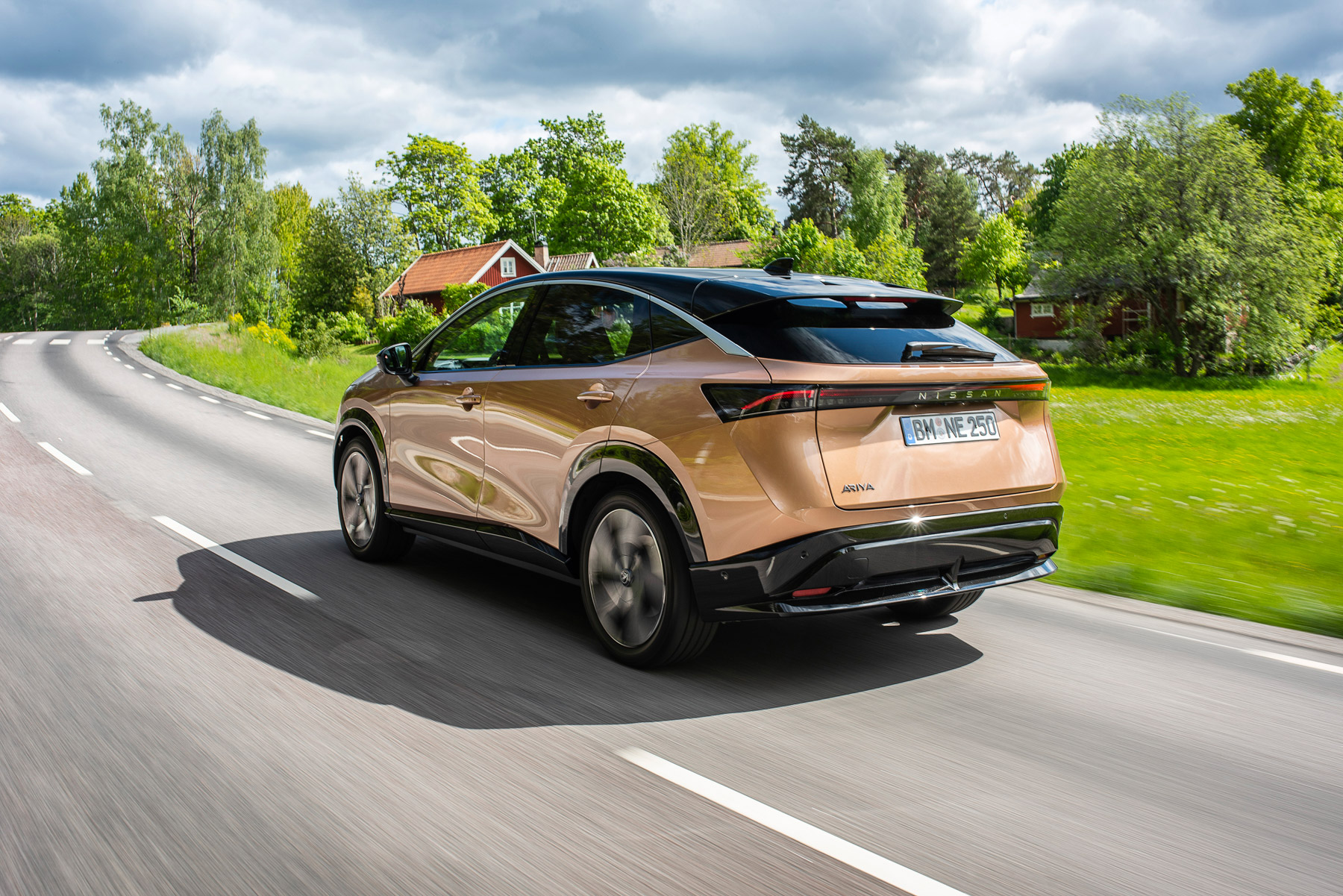 Nissan claims a WLTP range of 250 miles for this 63-kWh battery version, an exaggeration of just under 17% for my average of 208 miles. That’s a bit better than most, although it was worrying to charge the car to 210 miles and return in the morning to see 9 miles had disappeared. I’ve no idea where that went. Maybe an overnight intruder had snuck in, driven it around the village a couple of times, then brought it back.

In fast cruise mode on the highway, the performance was average, with a 33% penalty on the offered range. On a test run along Sussex motorways, the outward section finished with a solid uphill run which slashed range by 50%, and the return section was close to even. But heavy traffic meant neither runs were much above an indicated 70 mph, so I fear my data of 139 miles of motorway cruising is a bit flattering. The regenerative braking felt very effective and added about a mile to my range on my rolling Sussex countryside 37-mile drive. 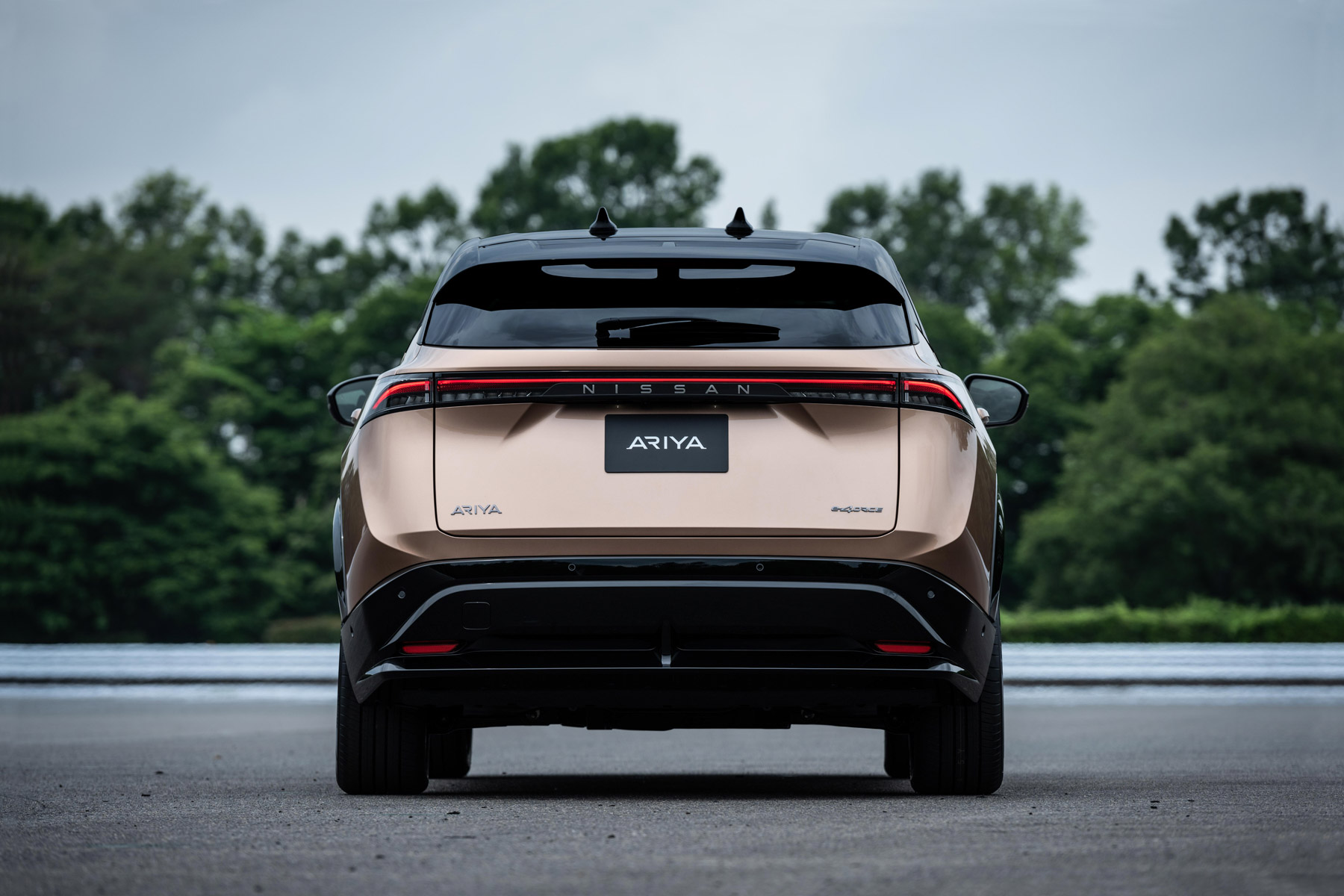 Hopeless BP Pulse
I added a public session to my home charging routine and this was very revealing. My local BP Pulse setup proved to be hopeless. When I finally got the charging session to work, I added 125 miles in 30 minutes, although Nissan says this would be good for 165 miles. But the charger set up was hopeless. I drove up to it to find a choice of two charging plug options, with no advice as to which was which although I learned later CCS was the one. A “hotline” for advice turned out to be anything but that, with the usual 17 options. I’d already downloaded the BP Pulse app, but the helpline told me first I had to top it up with money. That’s right, pay before use. Luckily another electric car driver appeared who pointed me to the credit-card option where you could just swipe and it worked.

I retired to the BP coffee shop expecting to be able to watch a screen to monitor charging progress. There wasn’t one so you have to go out in the rain to check. The chargers weren’t covered, naturally. The final insults; the cables attached to the charger weren’t long enough and I had to edge to almost touching distance to plug-in. The friendly driver in his Audi e-tron, obviously from bitter experience, drove his car at a 45-degree angle to make sure it could attach. And I still haven’t found out how much my session cost. The little credit card screen was unreadable and no receipt appeared.

When you think of the colossal investments being made by the likes of BP it is stunning that this was so incompetent. My attempts to get a comment from BP have failed so far. 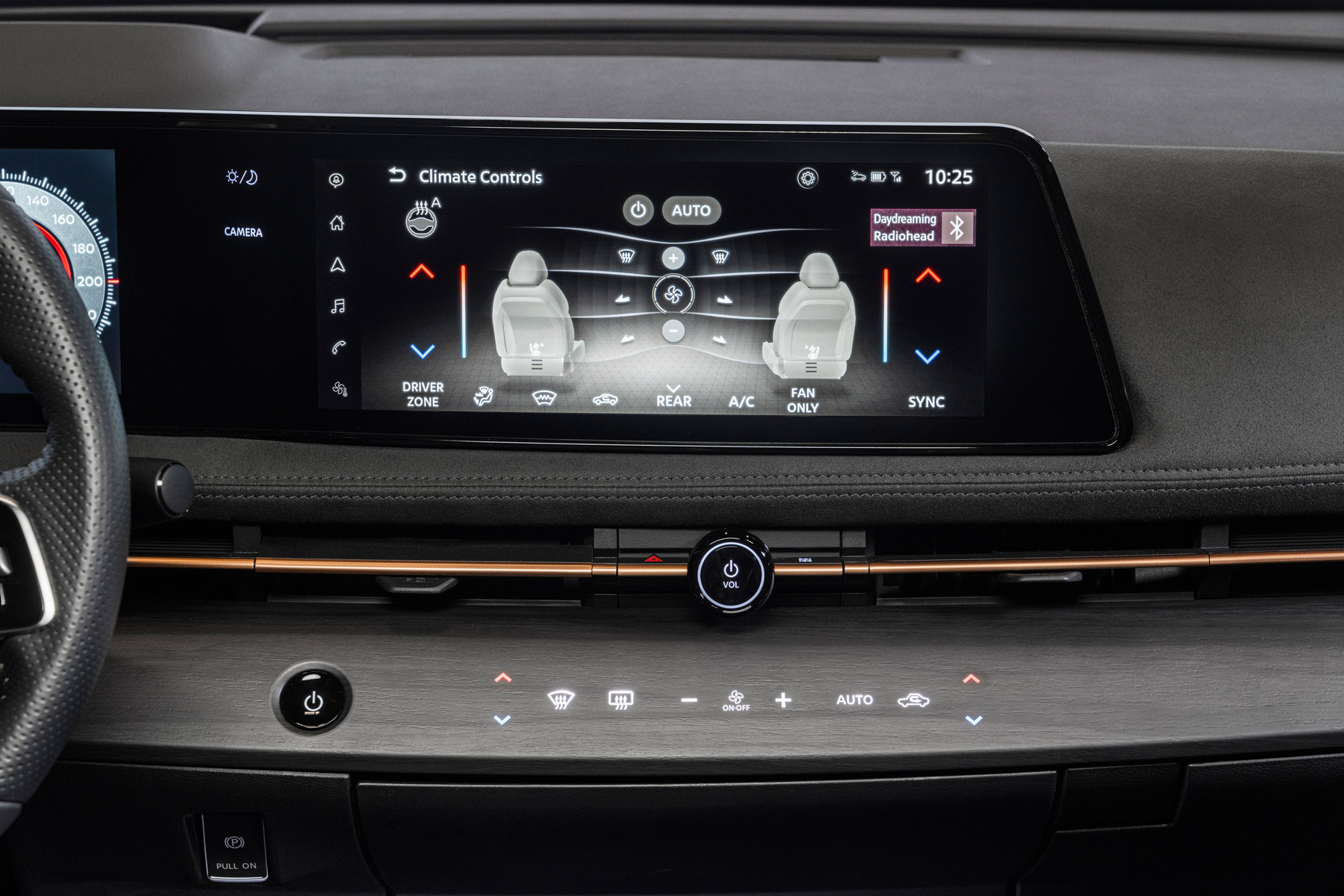 “Noble” in Buddhism
The Ariya, which means “noble” in Buddhism, is a terrific SUV to drive. It feels very solid and well-built. The steering was precise, and the suspension was on the harsh side, but that’s probably more a reflection of the useless roads in Britain. It held nice and flat through high- speed corners. Highway cruising was a pleasure, although long distances would be a problem. The dashboard was very modern and intuitive. The seats were a bit of a disappointment, for this kind of money, leather would seem appropriate. This is a big vehicle and the rear seats had plenty of leg and headroom, despite the raked appearance in profile. The trunk was huge, with plenty of room for golfer’s stuff. The automatic rear-door was a nice touch. 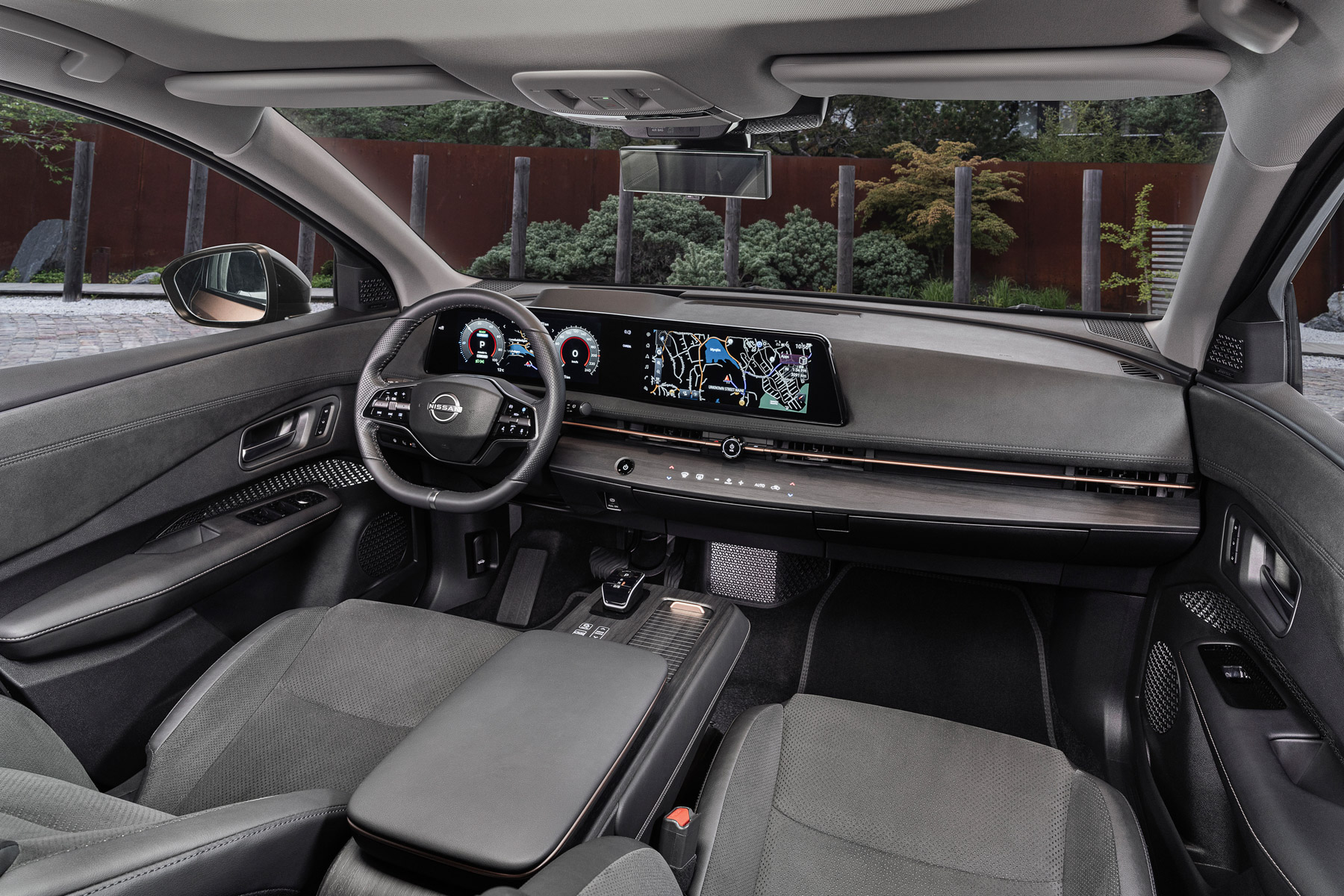 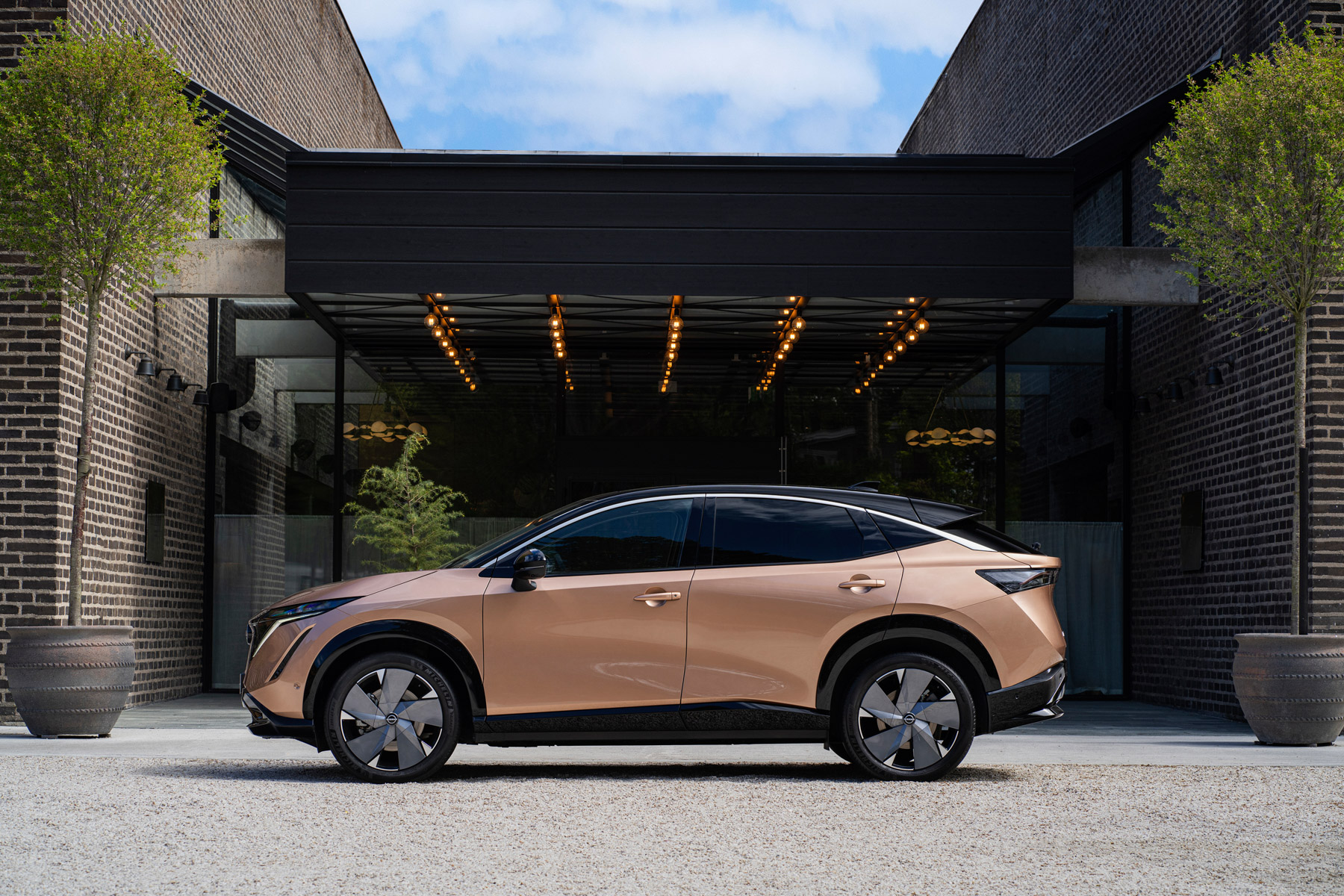 What to buy?
The competition includes the mightily impressive Volkswagen ID 4, Ford Mustang Mach-E, Tesla Model Y, Kia EV6, Volvo XC40 Recharge, Mercedes EQA, Skoda Enyaq, and Hyundai Ioniq 5. I’d be hard pressed to come up with my favourite until range comes into the equation, and then there is only one winner, the Tesla Model Y. I’ll be driving that next month, but if its range is like its Model 3 sibling, and it will be, that highspeed cruising range of just under 240 miles is about 100 miles better than the competition. 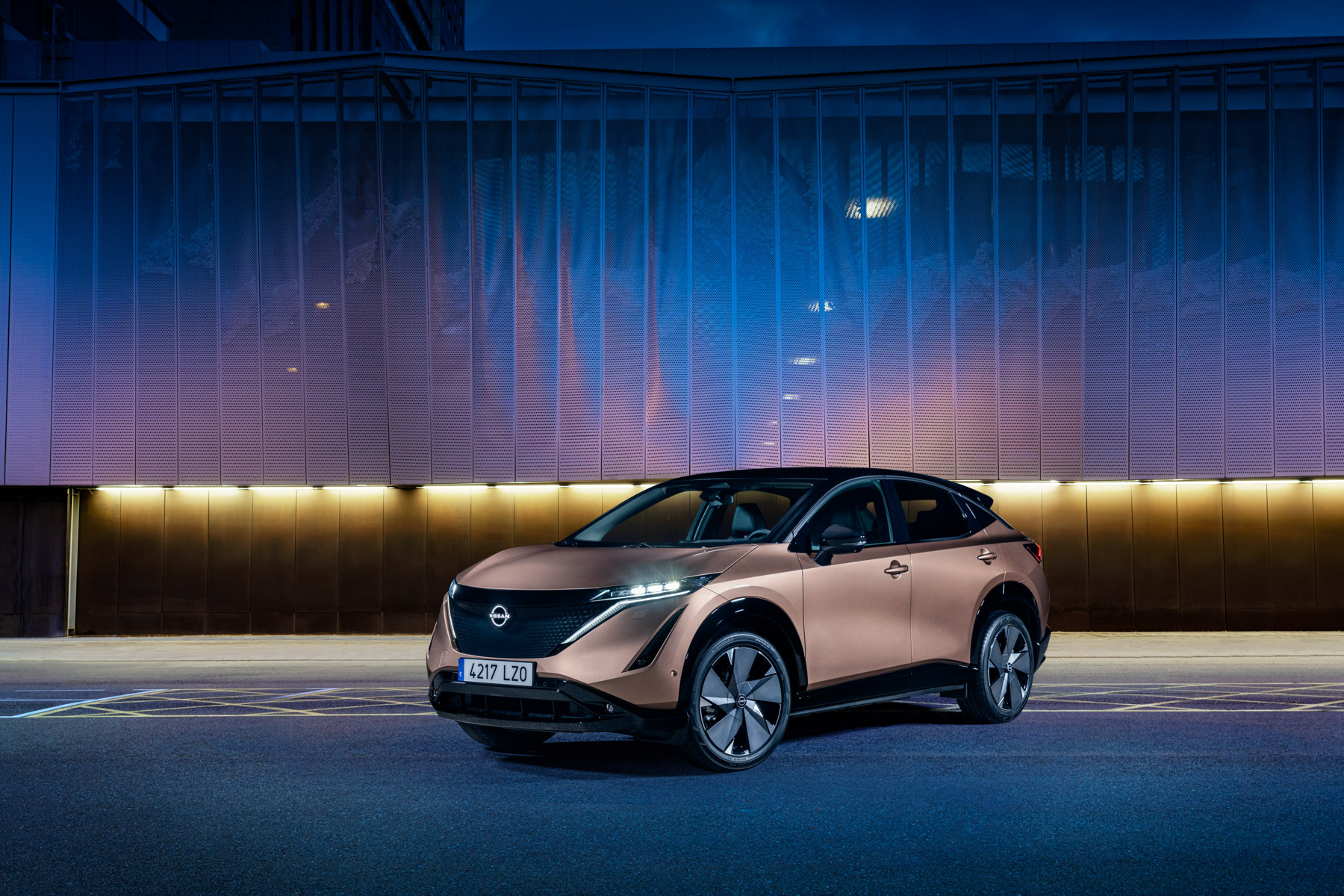