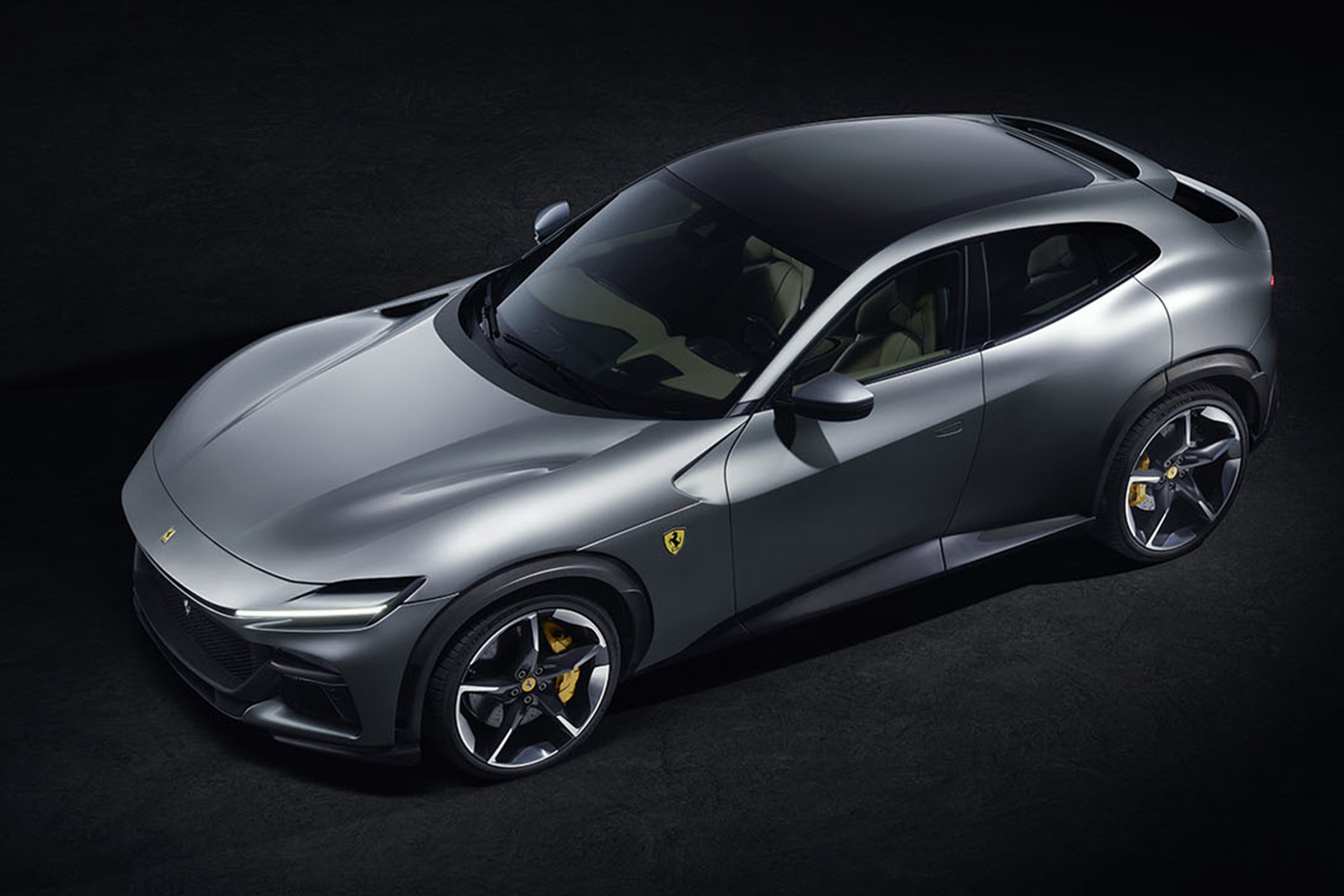 “It is (priced) significantly higher than most luxury SUVs currently in the market, as Ferrari continues to prioritize growth through value rather than volume”

Ferrari  investors couldn’t have been surprised by news the Italian luxury supercar maker finally unveiled its long-awaited first SUV, but the shares nevertheless notched a solid gain after sliding recently.

The shares were quoted at just over €200 late Thursday, rising from €190 a few days before the news, with investors relishing the massive profit market margins expected on the Purosangue. There must have been raised eyebrows in some green quarters though with this talk of massive 6.5 liter, V-12 gasoline engines and more than 700 hp, and no mention of the carbon dioxide (CO2) footprint.

Investors hope that Ferrari’s electrification plans outlined earlier this year mitigate this kind of pressure. Ferrari then said it will launch its first all-electric car in 2025 and expects full-electric cars will make up 5% of sales then and 40% in 2030. Gasoline/electric hybrids will account for 40% in 2030 with the rest internal combustion engines (ICE). Ferrari is expected to introduce hybrid versions of the Purosangue.

“It is significantly higher than most luxury SUVs currently in the market, as Ferrari continues to prioritize growth through value rather than volume,” UBS said.

Ferrari said volumes would be limited to about 3,000 Purosangues a year.

“We think the launch of the Purosangue is going to create further excitement around the brand and have a positive effect on the rest of the portfolio too. In our view, the high-ticket price compared to other makers further cements Ferrari’s positioning in the superluxury segment, while the more contained volumes reinforce the exclusivity of the brand, an optimal strategy for long-term sustainable growth,” UBS said.

Higher personalization
“The price, crucially, is about 30% higher than Ferrari’s average selling price, thus contributing positively to the mix. It is also likely to drive higher personalization content, which positively impacts margins, given new options such as the customization of the roof. We do not exclude the possibility that Ferrari will expand the Purosangue range by introducing hybrid versions in the near future,” UBS said.

Reuters’ BreakingViews said the Purosangue will allow Ferrari a stronger presence in SUV-loving China, which represents only 10% of sales.

Bernstein Research also liked the China possibilities and reckoned the Purosangue launch would be pivotal in maintaining Ferrari’s share price valuation as a luxury goods stock, rather than a more mundane automotive manufacturer. It expected many variations on the theme of Ferrari’s first SUV.

Ferrari shares are priced as being comparable to luxury goods makers like Hermes, LVMH, Prada, Ferragamo, Moncler or Richemont with their massive profit margins, rather than the likes of Volkswagen or Stellantis.

“The Purosangue, and any V6 or V8 variants, are key to maintaining Ferrari’s growth profile and valuation. Investors are looking out for higher volumes, especially in China, without significant brand dilution. This will help reduce potential risks associated with Ferraris’ electrification strategy,” Bernstein said in a report.

“The Purosangue cannot be a one-trick pony — investors are waiting for further variants. These will generate the volumes and pricing necessary for growth beyond 2026. We think the launch of the Purosangue will be a pivotal moment in Ferrari’s recent history, but only as a symbol of the luxury car company’s future prospects,” the report said.

Ferrari has said it expects annual profits as measured by EBITDA (earnings before interest, tax depreciation and amortization) will accelerate to as much as €2.7 billion ($2.84 billion) in 2026 from €1.5 billion ($1.58 billion) last year.