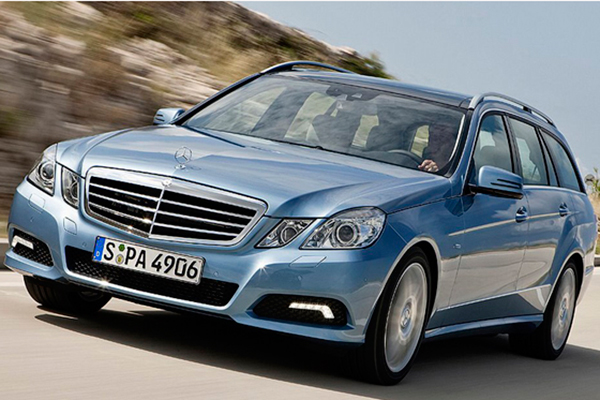 During the nineties and early noughties Mercedes-Benz seemed to lose its way as it tried first to grow organically and then by acquisition. Its then chairman Jurgen Schrempp made a series of unwise investments, most of which came to grief.

Previously as Chairman of Mercedes-owned DAS he bought Dutch aircraft maker, Fokker which, after consuming millions of Mercedes money went bankrupt. He master minded the ‘merger’ with Chrysler which he famously called “a match made in heaven” when he should have said hell. He bought a major stake in micro car maker Smart and at one time it was said that he lost $4,000 on each one built. He also took a stake in Mitsubishi which his successor had to offload after spending a few more millions.

He had the right instincts for, to survive in the motor industry a company needs five million plus sales but just like BMW with Rover, he chose the wrong acquisitions and proved incapable of developing them. Unfortunately a side effect of this furious acquisition spree was to take his eye of the milch cow, Mercedes-Benz itself, the quality of which sunk to dire levels. 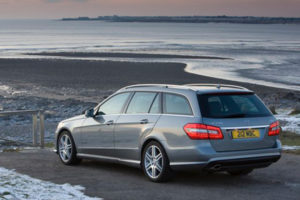 When trying to grow organically he made the fatal mistake of trying to force volume which had the opposite effect on sales. Up until the early nineties Mercedes would allocate a limited number of cars to each dealer which would ensure that the network was always desperate for more and giving their customers the impression that they were lucky to be able to secure one of their precious cars. Overnight, Mercedes were suddenly giving its dealers targets to sell more which had the effect of making dealers discount the cars to get rid of them and secure the sales bonuses. This was the beginning of a downward spiral which lowered residual values and made the cars less desirable.

Another mistake was to start building its previously over-engineered cars to a price which, together with the electrical gremlins suffered by all the German makers, further reduced the desirability of the once proud Mercedes brand previously renowned for its, quality and reliability.

Mercedes-Benz back on track
The good news is all that seems to be behind this once iconic brand. It is out of the aircraft industry and has divested itself of Mitsubishi and now Chrysler and has made some progress sorting out its value brand, Smart, which is so important for its average fuel consumption figures. At the same time it seems to have gone back to basics, building high quality cars with styling that appeals to its existing conservative customers with enough pizzazz to attract Audi and BMW devotees. It seems to have worked as Mercedes-Benz has recently reported some impressive financial results.

The E Class range is one of the stalwarts of Mercedes- Benz having been first launched in 1993 as a true executive saloon and estate and was bought by a wide range of customers because of its prestige, style, reliability and practicality. It was just as likely to be driven by a farmer with sheep in the back as a company chairman or in cream-painted saloon form as a German taxi.

The latest estate car conforms to the original concept but thanks to some of the most efficient diesel engines available now offers much better economy with considerably lower CO2 emissions.

The other difference is equipment and technology. Back in 1993 the equipment levels of German prestige cars was very basic with essentials like air conditioning and radios only available as options. 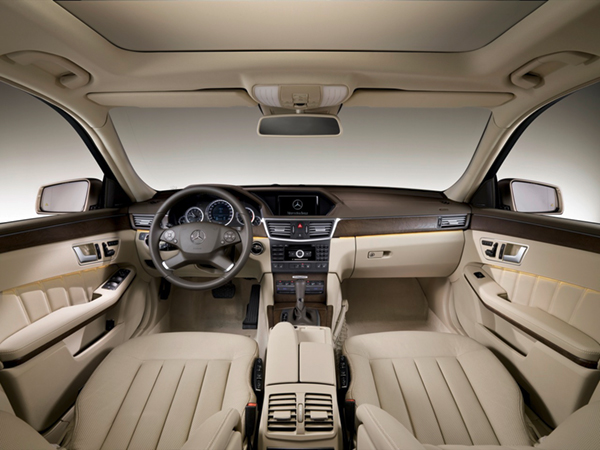 E-Class now fully equipped
There is still a huge options list but all the critical gadgets are standard but be warned; you will need to spend a few hours with the instruction book to be able to cope with them. The Avantgarde version tested had powered tailgate, front and rear parking sensors, rain sensing wipers, Bluetooth hands-free system, heated front seats, fold-flat third row of seats, leather upholstery and automatic bi-xenon headlamps.

The driving experience is as you would expect from a current Mercedes Benz with responsive steering, secure handling, well weighted brakes and that wonderful 3-litre diesel engine with an easy 35 mpg still some way off the stated combined figure of 44 mpg. The automatic gearbox is particularly smooth.

A touch of Teutonic arrogance
While the estate is very practical with a large luggage area and seven-seat practicality it is noisier than an equivalent saloon particularly in the back. Other minus points include the Mercedes-Benz arrogance in persevering with a totally flawed set of control stalks. To operate the wipers it is necessary to take a hand off the wheel and it is very easy to mistake the cruise control stalk for the indicator. The other issue is the ridiculous foot operated ‘hand’ brake which makes manoeuvring in a hilly car park a nightmare even with an automatic gearbox. Most cars at £40,000 and many at much less have electronic handbrakes so why Mercedes-Benz persists with such archaic technology is a mystery. 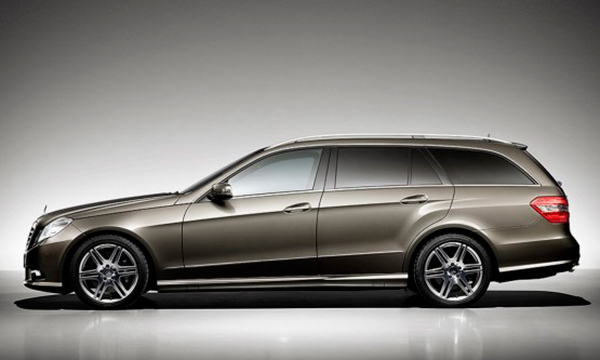