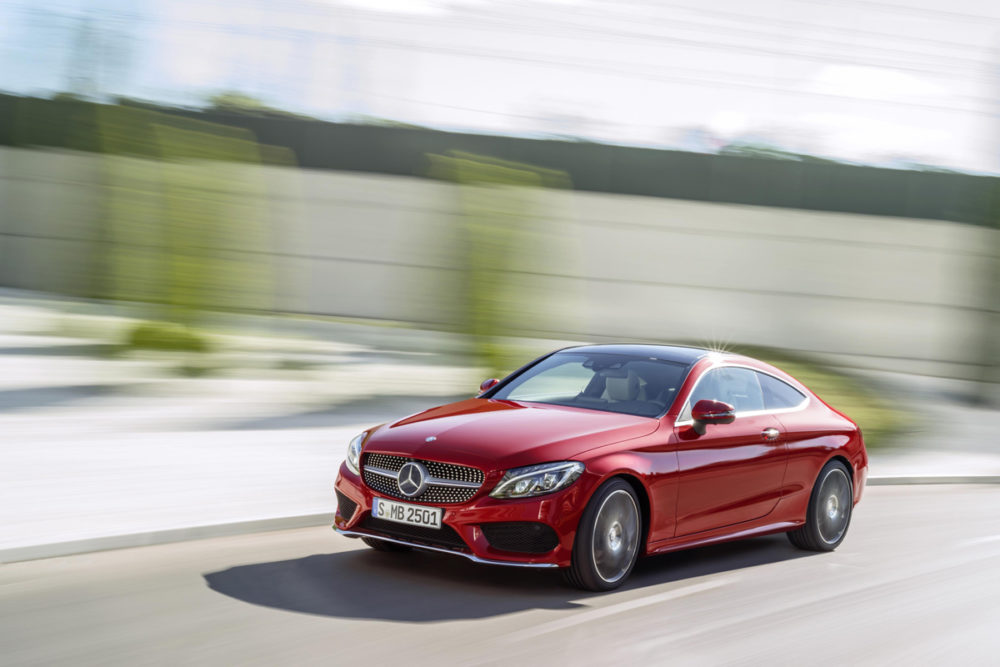 Making Debut At Frankfurt Car Show, On Sale In December 2015.

Mercedes-Benz made an early bid to win star of the forthcoming Frankfurt Car Show with the unveiling of its new C-Class coupe, which looks likely to win sales from the current market leader, the BMW 4-Series.

Mercedes was very pleased with its new creation.

It will make its debut at the Frankfurt Car next month and go on sale in December 2015. No word yet on price, or when it will appear in the U.S.

The new C class coupe boasts optional air suspension and lightweight construction. There are initially four gasoline engines available, ranging from 1.6-liters and 156 hp to two-liters and 245 hp. At least in Europe, there will be two diesels with 170 hp or 204 hp. Lightweight construction with a higher proportion of aluminum helps make the Coupé lighter than its predecessor. Light-alloy components include the wings, hood and trunk lid. At the same time, the body is now much stiffer and stronger thanks to the use of high-strength materials. This has a positive effect on not only driving dynamics and noise levels but also crash safety. 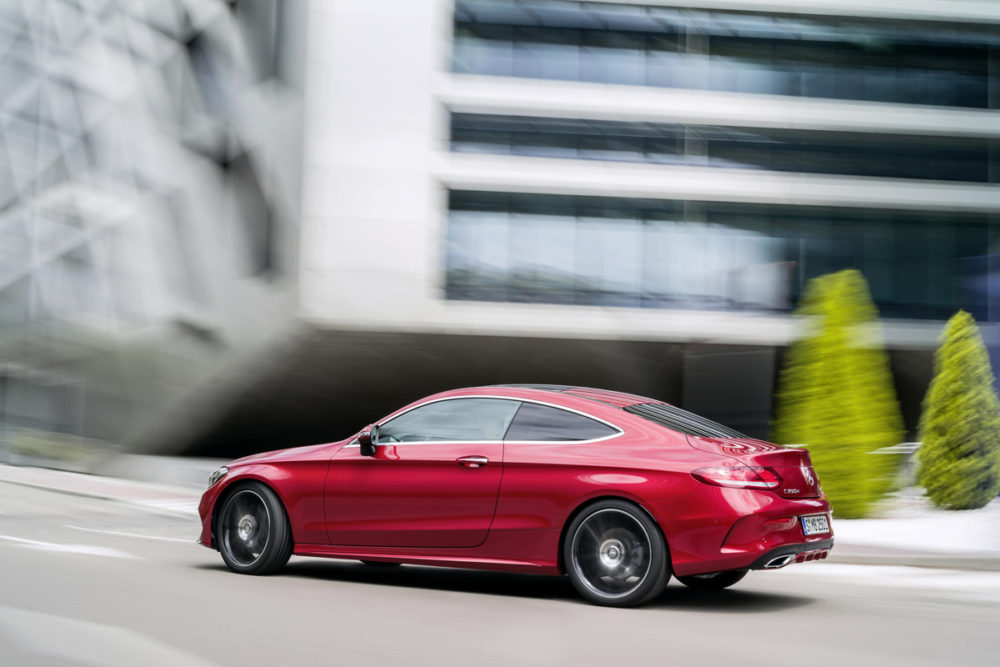 There are several safety and assistance systems based on the Mercedes-Benz Intelligent Drive concept to choose from including Attention Assist, which can warn the driver of inattentiveness and drowsiness, and collision prevention, which features an acoustic warning for the driver at speeds above about 5 mph. If the danger of collision persists and the driver fails to respond, the system is able to carry out autonomous braking at speeds of up to 125 mph.

According to IHS Automotive, the C-Class coupe will win sales from the market leader, the BMW 4-Series and the Audi A5. A new A5 will debut some time next year.

IHS Automotive said the new C-Class coupe continues the impressive series of model launches ranging from the little A-Class sedan up to the top-of-the-range S class limousine and S-Class Coupe.

“It has almost completely overhauled its mainstream model range and raised its game massively in a strategy vindicated by the Mercedes-Benz car brand closing the gap on its traditional rival BMW, and Audi significantly having fallen behind in recent years, to the extent that the Mercedes-Benz brand is forecast to almost catch Audi this year for second place in the global premium car brand race with sales of 1.8 million,” IHS Automotive said. 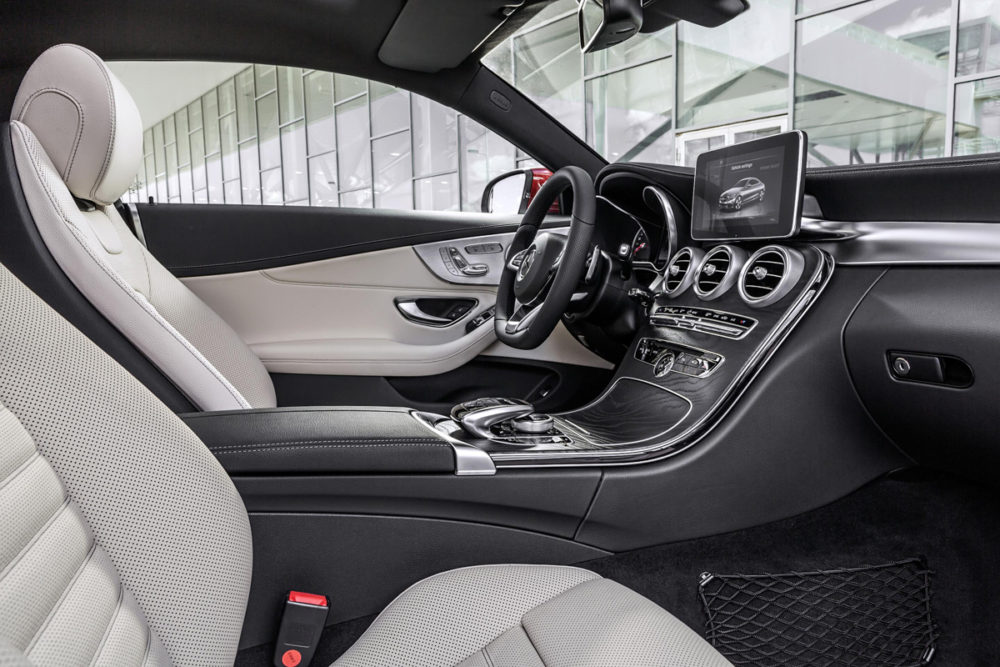