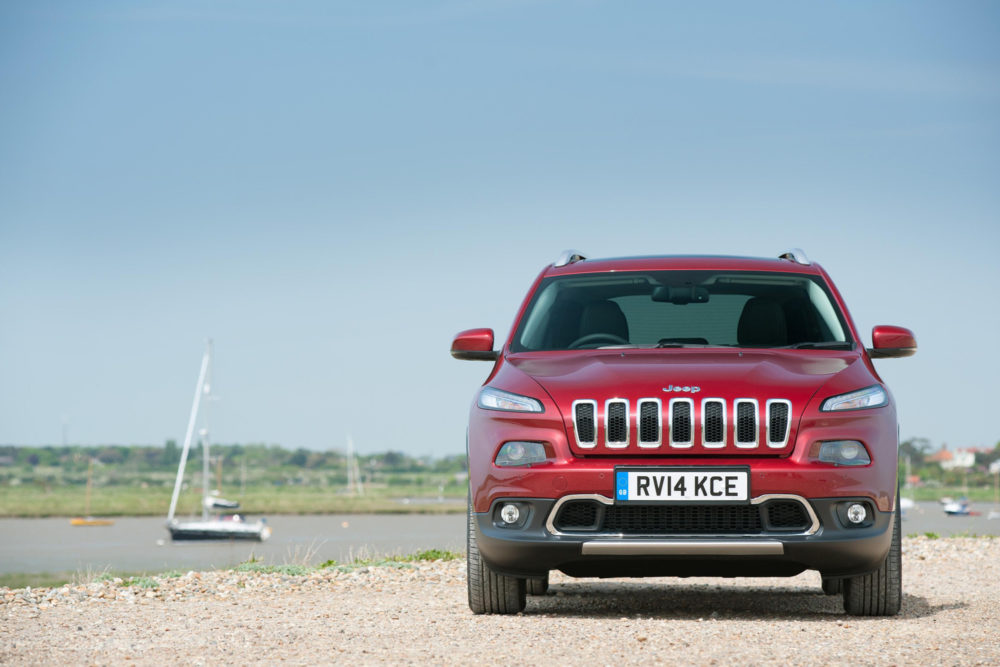 “inspired by nature, the most environmentally friendly Jeep so far”

If That Rankles, How About “Built Free”?

Chrysler, which owns Jeep, doesn’t seem to have heard of the marketing technique that if you underplay your promises then beat them, you will be the hero and come up smelling of roses. If you turn on the hyperbole full blast, you might well paint yourself into a corner when what you called a great product turns out only to be very good.

At the Detroit car show in January, Al Gardner, President and CEO of the Chrysler brand, came up with some spectacular hot-air claims for the new Chrysler 200, sounding a bit like Mohammad Ali before Sonny Liston. 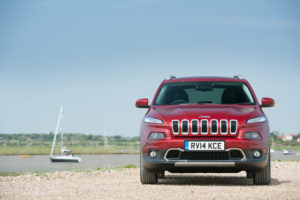 “It will take on every competitor, feature by feature, in the largest sector in the U.S. The 200 will take on the best of the best and beat them at their own game. It will give them everything they want at an affordable price. This is a ground-breaking, world class car which will turn heads, at a value which cannot be touched by the opposition. It will float like a butterfly and sting like a bee,” Gardner said at the press conference.

Of course I made up that last sentence, but when Gardner unveiled the new 200 and revealed a worthy rather than breathtaking vehicle, the audience (well, me at least) gasped at its mediocrity. Without the corporate BS I might well have thought it certainly was a nice looking car and well done Chrysler.

At the launch of the new Jeep Cherokee, the corporate hype was aimed at a slightly different target, but was just as ludicrous. The new Jeep was “inspired by nature”. It was “the most environmentally friendly Jeep so far”, not a hard task probably but both claims were glaring hostages to fortune.

Achilles
In truth the new Cherokee is much improved on the old one. The previous Achilles heel – poor interior quality – has been comprehensively solved. If you can get past the OTT front grille, the new Cherokee has handsome, elegant lines. It rides and steers well, and the 9-speed auto box is a gem. 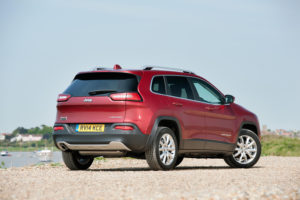 Initially the new Cherokee will be available with a choice of 140 and 170 hp 2.0-litre diesel engines. The more powerful engine is linked to a nine-speed automatic gearbox. This transmission is also available to all four trim levels: Longitude, Longitude+, Limited and Trailhawk. Three of the four – Longitude, Longitude+ and Limited – can be specified with either a diesel engine and in two or four-wheel drive. The more off-road focused Trailhawk model comes only with a 3.2-litre petrol engine and only automatic transmission. It will be available from the end of the year. The four-wheel drive system automatically switches between front and all-wheel drive when required. As well as the automatic, a six-speed manual gearbox is available on all diesel models in 4×2 and 4×4 drive types.

The cheapest Longitude model comes with cruise control, parking sensors and dual-zone air-conditioning as standard. Options include the full-length sun roof and a charging pad that can replenish some smart phones without the need to plug them in. Technology add-ons include Forward Collision Warning with Crash Mitigation which employs radar to help the driver avoid, or limit the effects of, any impact. ParkSense Parallel/Perpendicular Park Assist finds parking spaces that will accommodate the Cherokee, then helps the driver reverse into them by controlling the maneuver.

Longitude+ models feature a media centre with touchscreen, navigation system and DAB radio, along with a nine-speaker sound system. The Limited model has as standard keyless Enter’n Go, rain-sensitive windscreen wipers, tinted privacy glass, High Intensity Discharge bi-xenon headlamps, heated front seats and an eight-way adjustable driver’s seat. The wireless charging pad is also concealed in the upper tray of the centre arm rest and compatible with any smart phone that is QI wireless charging enabled. Devices without QI technology can still employ the charging pad, but might need a separately purchased accessory. 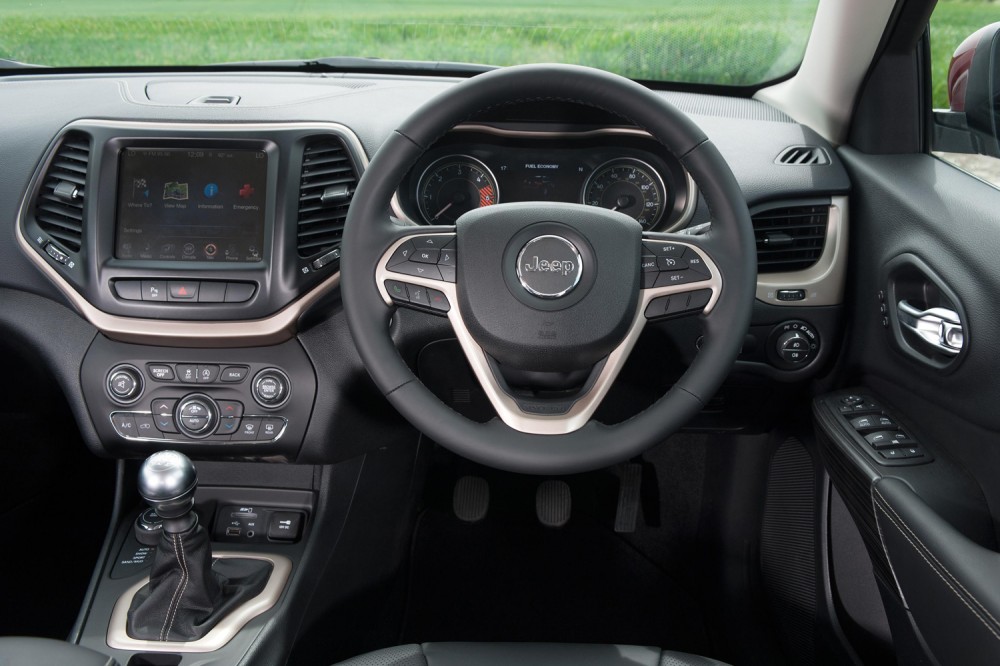 Innovative
Second-row passengers can relax in seats that recline and slide backwards to increase leg room, or storage space as needed. The boot is equipped with Jeep’s innovative Cargo Management System, which has a universal module rack mounted on the side of the rear cargo area with hooks, and a removable grocery bag.

This is a formidable competitor in the burgeoning SUV market and will appeal to those who buy into the Jeep rugged, go-anywhere heritage shtick. This SUV is now on sale. You’ve probably seen the ads on TV, and wrinkled your forehead seeing the payoff line “Built Free” and thought, what are they on about?

The competitive vehicles in this sector are all terrific with no unique winner. Some will reject the BMW X1 and Honda CR-V because of their ugliness, the pretty Kia Sportage and inoffensive Hyundai ix35 have splendid guaranties, and I personally like the Volvo XC60 after driving it through the highlands of Scotland once and thinking how it was like driving a Range Rover.

You can’t really go wrong, and in today’s market you will certainly be able to negotiate a fat discount. 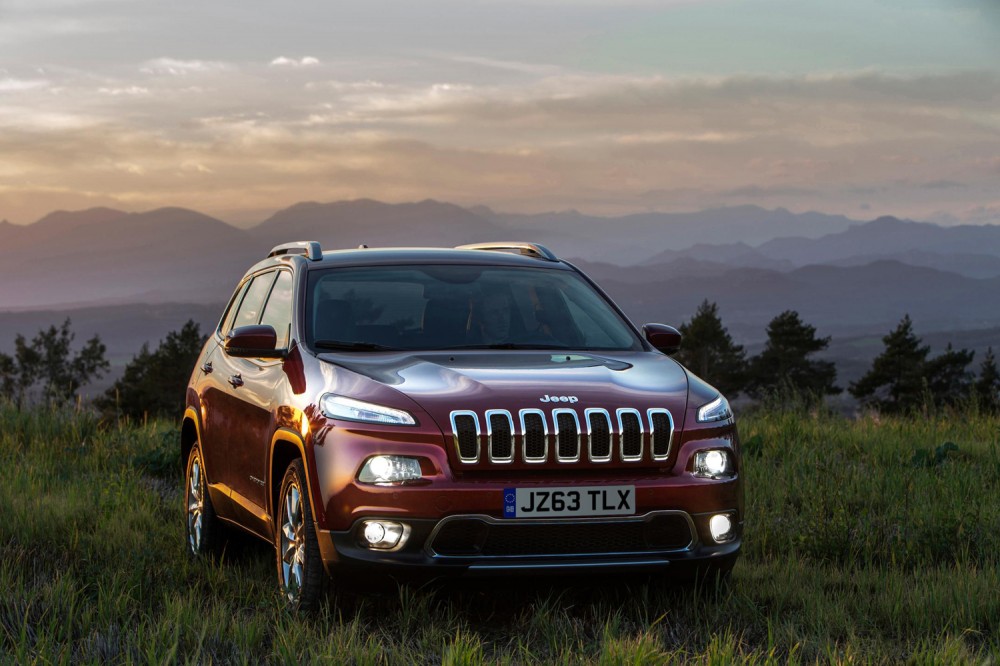