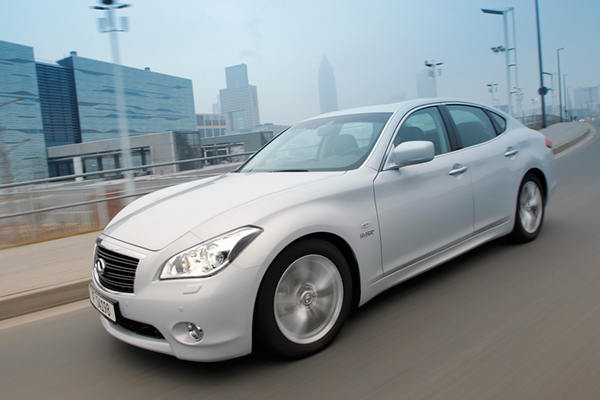 Infiniti Joins Lexus In European Fight Against The Germans

For – not a BMW, well equipped, drives well, high quality, priced to go
Against – not a BMW, ugly duckling looks

Infiniti, Nissan of Japan’s premium brand, is finally turning to Europe after big success in America and a recent entry to the Russian market. It’s lineup is now led by an impressive new petrol-electric hybrid.

Like Toyota’s Lexus and Honda’s Acura, the Japanese are pulling out all the stops to try and defeat German hegemony in the premium sector in the U.S. Lexus has been amazingly successful in America, with a formula based on price, reliability and customer service, but has been a lamentable failure in Europe. Infiniti and Acura have also established impressive bridgeheads in the U.S. but not on the scale of Lexus. In the first seven months of 2011 for instance Lexus sales in the U.S. were 102,500, while in the first half of 2011 in Western Europe Lexus sold less than 13,000 cars. Infiniti sales in the U.S. in the first seven months were just under 55,000 and Acura’s 70,000 compared with BMW’s 135,000, Mercedes’ 139,000 and Audi at 65,000. Infiniti’s West European sales were so small they have hardly registered yet, while Acura has eschewed any idea that it will compete in Europe. 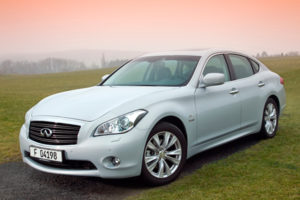 Just to put in context the scale of the mountain the likes of Infiniti has to climb; in Western Europe BMW sold almost 330,000 vehicles in the first half, not including Minis, Audi sold 352,000 and Mercedes just under 300,000.

Infiniti has said its sales in Western Europe will nearly double in the year ending March 2012 to between 7,000 and 8,000 from about 4,500 the previous year. Infiniti also predicts a strong sales increase for Russia, where the volume should rise to between 7,000 and 8,000 compared with about 6,000 the previous year. Nissan CEO Carlos Ghosn has said he wants to more than triple Infiniti’s annual sales to 500,000 by 2016 and win 10 per cent of the global luxury market.

Infiniti and Europe
But the opposition to the Germans is not even close now, so what will European car buyers make of the new Infiniti? The company delayed its launch in Western Europe until it had diesels, which of course are absolutely essential, although that wasn’t the case in oil rich Russia. Infiniti comes to market with its M range of BMW 5-series competitors, which will aim to grab sales by claiming uniqueness, high technology and attractive prices. 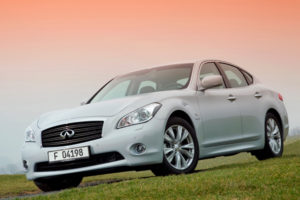 Infiniti styling will grab your attention, but not necessarily because of its poetry. They look different, but also a bit gawky, heavy, old-fashioned even.

All M models are front engine/rear wheel drive. Much use of aluminium is made to save weight. The interiors are well designed with quality materials. Every Infiniti M comes comprehensively equipped, including safety features like blind spot warning, intelligent cruise control, collision warning and intelligent brake assist. The M30d is expected to be the biggest seller in Europe, powered by a 235 hp 3.0-litre V6 diesel developing 550 Nm of torque. The race from rest to 62 mph takes 6.9 seconds. The M37 is powered by a 3.7-litre V6 316 hp petrol motor. Both use a 7-speed automatic transmission. S versions have shift paddles.

Hybrid for power not economy
The third engine option is the M35h petrol-electric hybrid. The hybrid can cruise at up to 50 mph on electric power alone, according to Infiniti, but probably only for a few seconds if truth be told. This attribute shows itself sometimes when the battery is full and it switches to electric only and shuts off the engine and the rev counter suddenly drops to zero. That sounds more like a problem than an attribute. The hybrid combines a 302 hp 3.5-litre V6 with a 67 hp (50 kW) electric motor. This performs mightily, and makes me think that hybrids aren’t nearly as good as diesels when it comes to economy, but add a tremendous performance element. When you put your foot down, even at speed, the electric motor gives you a fearsome and impressive kick in the rear. A diesel at similar high speeds and high revs wouldn’t come close to this extra performance. This hybrid system will allow electric only driving of up to maybe two or three miles, on a good day. 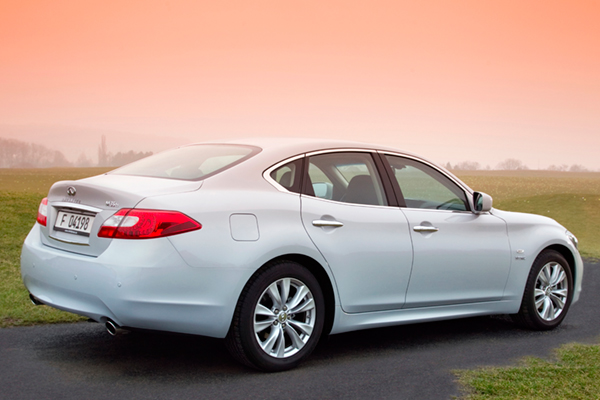 Infiniti expects the diesel M30d to be the most popular derivative in Europe, taking 55% of total M sales. The hybrid M35h is expected to account for 25% and the petrol M37 20%. 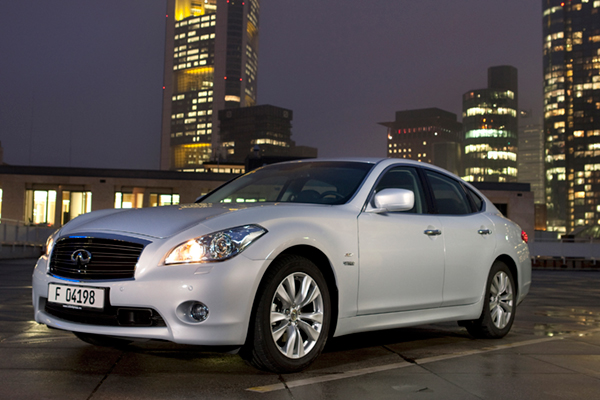 Infiniti plans three new cars over the next three to four years: a small vehicle to compete with the Audi A3, Lexus CT200h and the BMW 1 series, a smaller SUV, and a luxury electric car based on the Nissan Leaf.

The new small vehicle will be based on the Etherea concept car shown at Geneva earlier this year, and will extend the brand into a price range below the G series. The small car will be front-wheel drive and will also be Infiniti’s second hybrid. The new small SUV will be called the JX.

The Infiniti range now comprises the EX SUV, the G saloon, the bigger QX56 SUV, and the M flagship saloon.

Given that Lexus has failed miserably to make any real impression on Europe, it hardly seems possible that Infiniti can. It is trying to use all-embracing customer care and price as its raison d’etre, but Lexus has already played that card. Sure, Infiniti styling is noticeable and quirky as opposed to the Lexus trait of apologetic and bland, so that might win a few sales. An uphill struggle is probably the best the project can hope for. 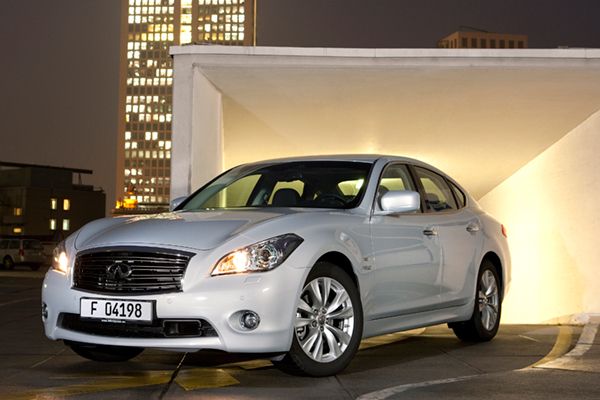 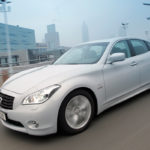 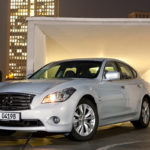 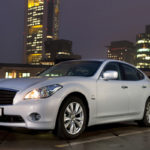 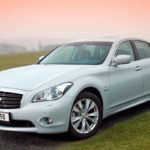 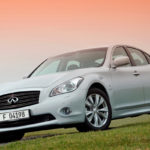 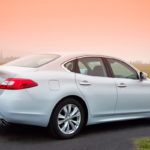