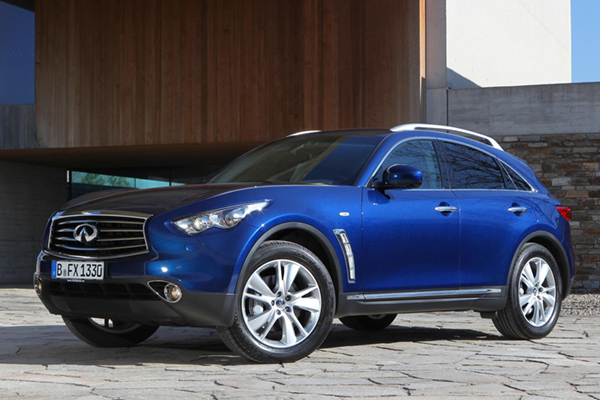 For: Doesn’t look like a Chelsea tractor
Against: Lags behind British and German rivals

Nissan originally launched the Infiniti brand in 1989 to take on Honda’s Acura and Toyota’s Lexus in the U.S. as well as the European premium brands, Range Rover, Audi, BMW and Mercedes. The USA was its initial target where it has been reasonably successful, selling 98,000 in 2011 but is way behind BMW in top spot with 247,907.

Received wisdom dictates that if you launch a new brand into a crowded market you have to either make it better or different. The product quality in the premium car market is such that Infiniti was hard pressed to make it better so have gone for making it different.  Unwisely in my opinion, Infiniti has not slavishly followed the market leaders’ model for model, which may give it stand-out but also means current owners of premium products are not immediately sure which Infiniti relates to their current cars.

It is certainly difficult to pigeonhole the FX 30d tested here as it looks like a cross between the practicality of an Audi Q7 or BMW X5 and the style of an A7 or Mercedes CLS. 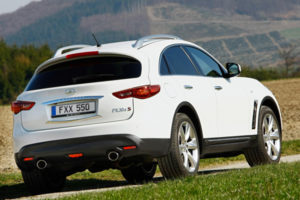 The FX has huge road presence
There is no doubt that the FX is a large car and has huge road presence, to the extent that the sight of it in the rear view mirror of outside lane hogs is enough to ensure they move over. It is probably the long bonnet, coupé styling and lower overall height that make it look big – it is actually 214 mm shorter than a Q7, 50 mm narrower and 57 mm lower. It certainly isn’t a car for shrinking violets and probably makes more of a statement than any other large SUV or crossover as Infiniti likes to call it.

In performance and dynamic terms it is very difficult to come from nowhere and take on the best in the world from Range Rover, Audi, BMW and Mercedes and unfortunately, the newcomer is not quite there but the Infiniti designers will undoubtedly take on board press and customer reactions and improve the car at the first facelift.

On paper the FX lags behind the Q7 as it is considerably more expensive both in purchase price and predicted running costs, it is slower in maximum speed and acceleration, it uses quite a lot more fuel. This is despite similar power and torque, lower weight and better aerodynamics. 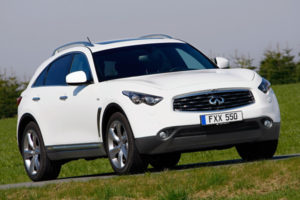 Thanks to the escalation in fuel prices I spend far more time looking at the fuel read out than the speedo or rev counter and I tried to drive the FX with great reserve but could still only register the high twenties on the MPG read-out. Driven in this way the car wasn’t particularly pleasant so I threw caution to the wind, forgot the fuel consumption and drove the car as its designers intended. It came alive and I could suddenly understand what the engineers intended – a big SUV (sorry crossover) that drives like a sports car.

Most people who buy this car will probably not worry too much about fuel costs and I am sure will just love the way it performs, steers, handles and stops. It is also a very pleasant place to be with the highest quality materials, fit and finish. 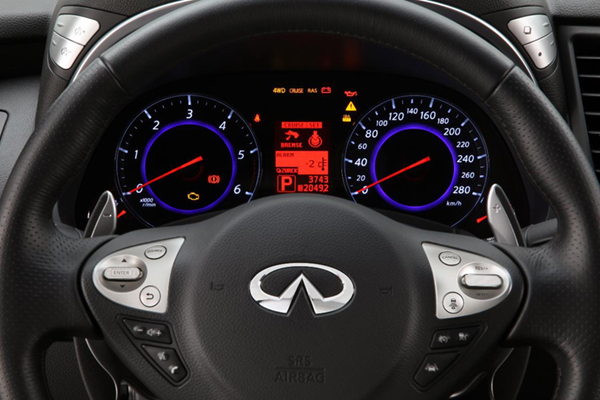 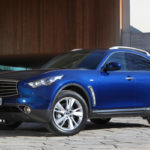 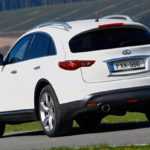 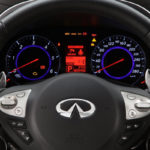 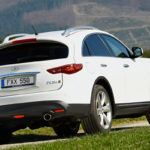 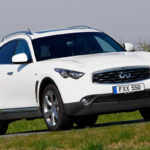