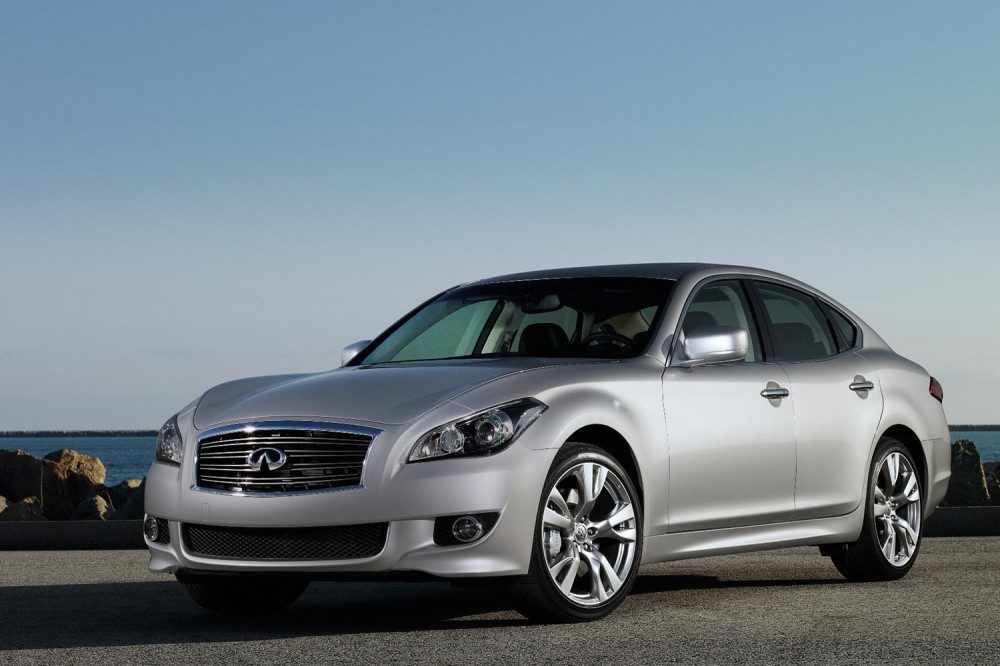 Beautifully Made With Sports-Car Road Holding.

For: Quality, comfort, roadholding, not German

Against: More expensive than Germans, not as quick, thirstier

Infiniti’s web site refers to the start of the project in 1985…‘The story of Infiniti begins with the formation of a top-secret task force within Nissan. Its mission: to create a new performance luxury brand to compete with the big U.S. and European luxury brands in the American market. Our expansive vision embraces a new luxury automobile ethic that includes not just vehicles, but the entire purchase and ownership process.’

In 1987 Nissan decided on the name… ‘’Infiniti’. The fresh spelling, with four “i”s, and the badge with its two central lines leading off into an infinite point on the horizon, symbolised this new luxury performance brand’s desire to be always looking
forward – to new horizons, to infinity.’

Infiniti’s foray into Europe in 2010 has been rather less successful with sales in the year to the end of April of just 778.

Infiniti is trying to penetrate a very crowded premium market dominated by the three Germans, fighting among themselves for the top spot.  Added to that, there is a strongly resurgent Jaguar  Land Rover and a revitalised Volvo. 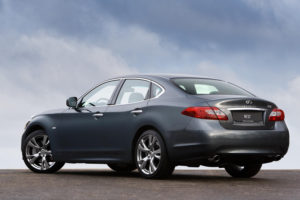 One of the problems the Japanese like Infiniti and Toyota’s Lexus face in the European premium market is the lack of variety in each range in terms of engines, transmissions and of course options. While the Japanese approach is much more efficient and profitable, European premium buyers do like to tailor cars to their individual requirements.  As an example there are probably just a few thousand variations of an Infiniti in terms of engines, transmissions, colours, trims and options against over a billion (yes, a billion) variations of a BMW 5 Series. The Infiniti price list shows just two options for the M30d, metallic paint and a navigation system on the non–Premium models. In contrast there are 31 pages of the Audi A6 price list devoted to options and a high-end satnav is standard on all models.

Infiniti has rolled out its new design direction with its 3 Series-rivalling Q50 and this might give an extra kick to the brand’s development in Europe. 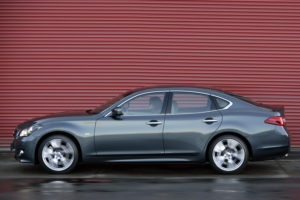 The Infiniti M series is equivalent to the A6, 5 Series and Mercedes E Class and is available with 3.5 hybrid, 3.6 V6 petrol and 3.0 V6 diesel totalling nine versions none of which is manual. The Infiniti M range is priced from £38,930 to £46,810 for the top of the range M30d S Premium tested here. This puts it up against Audi’s stunning twin-turbo A6 3.0 BiTDI which comprehensively outperforms it while using considerably less fuel.

The Infiniti M ‘S’ Premium is generally well equipped, the only glaring omission being DAB radio. While we are on ‘niggles’, the lights indicating gear position are invisible from a normal seating position, there is no rear 12v socket, there is nowhere to put the cigar lighter when a charger is plugged-in and the material around the gear lever is plastic not leather.

Most of those were forgotten as I acclimatised to the car and I found that it gradually grew on me to the extent that I didn’t want to give it back. It was good to be driving a high quality premium car that wasn’t German. I was pleased that it was anonymous, to the extent that in the ‘make’ box on a parking ticket I received, the warden had written ‘unknown’. Unlike its egregious sister, the Q7-rivalling FX, the M is not for people with big egos who like to be noticed. It just gets on with its job – very efficiently. 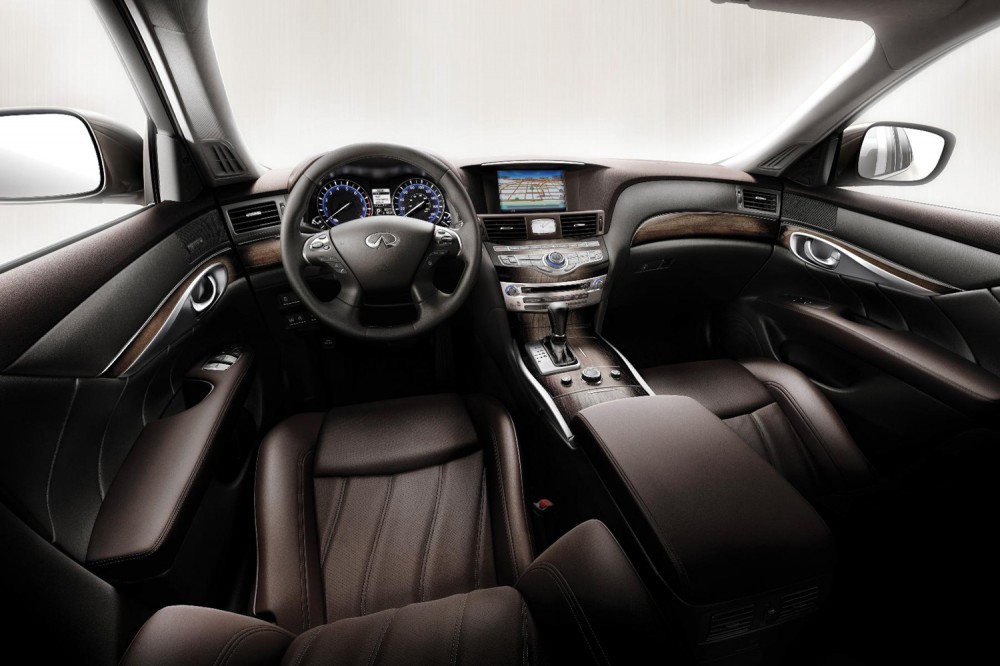 For a large car the handling is brilliant, perhaps thanks to the four-wheel steering and the brakes are particularly well weighted – you just don’t think about them. While cowed by the A6 twin-turbo, the performance is more than adequate and it is relatively easy to maintain an indicated 35 mpg while driving briskly.

This is Infiniti’s first attempt in the executive sector and hopefully the next will build on the very solid style, quality and dynamics and actually take it to the Germans. 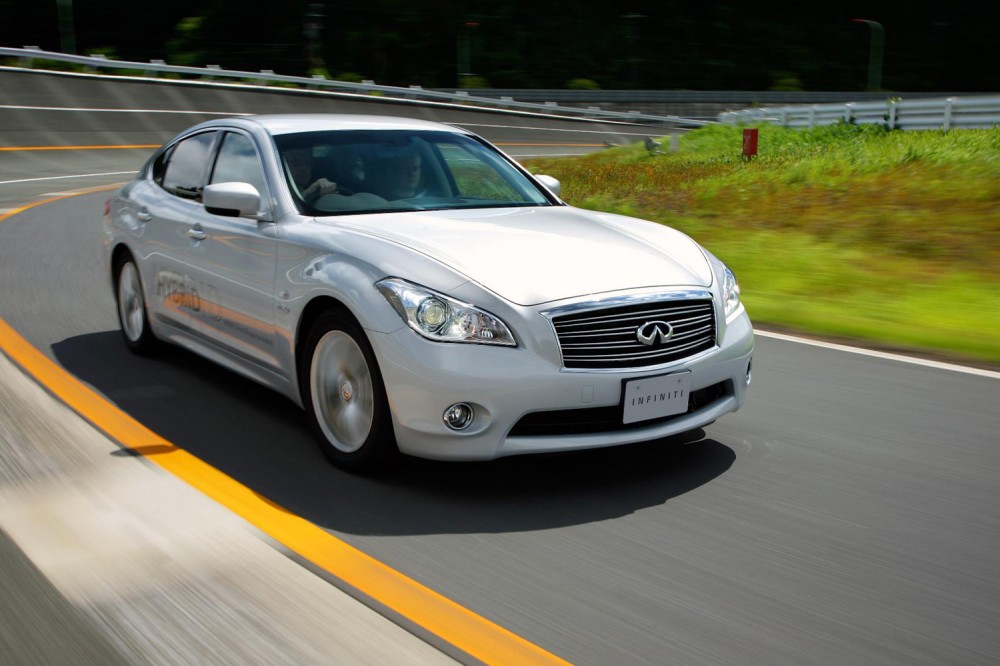