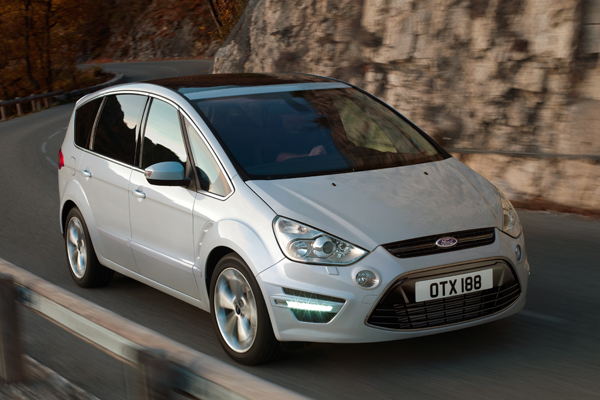 JEREZ, Spain – Looking at the pictures I know it’s hard to believe but Ford’s updated S-MAX is almost an oxymoron – a minivan that’s fun to drive – thanks to its new, amazingly powerful EcoBoost 2.0 turbocharged petrol engine and six-speed, double-clutch automatic gearbox. Great handling, ride and overall quietness doesn’t hurt the experience either.

You might expect a two-litre four cylinder petrol motor to noisily struggle a bit to lug along an up to seven seat minivan, but this new engine produces 200 hp, thanks to new direct injection technology which raises power by 25 per cent, but cuts carbon dioxide emissions by 19 per cent. Average fuel consumption is claimed to be 34.9 mpg-8.1 l/kms.

The S-MAX, and its slightly bigger cousin the Galaxy, are the first European models to adopt Ford’s EcoBoost engines, which combine direct-injection, turbo-charging, and twin variable camshaft timing to deliver improved  efficiency and performance. 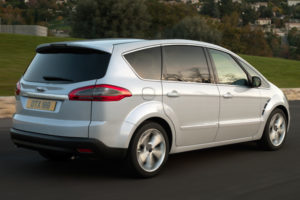 Ford plans to produce 1.3 million EcoBoost engines annually across the world – 750,000 in the U.S. – and by 2013 Ford expects to offer this across 90 per cent of its global line-up. In Europe, diesel engines have traditionally provided enhanced power with scarcely believable high fuel economy. They have been so successful, that about 50 per cent of all new European cars sold today are diesels. But the added expense of making diesels clean enough to meet ever- tougher European Union emissions rules, are handing the initiative back to gasoline engines, which are easier to clean up.

EcoBoost
Ford first introduced EcoBoost on the Lincoln MKS in the U.S., with a 3.5 liter twin-turbocharged V-6, saying it would produce the power and torque of a V-8 engine with the fuel efficiency of a V-6.

With direct injection, fuel is injected into each cylinder of an engine in small, precise amounts. Compared to conventional port injection, direct injection produces a cooler, denser charge, delivering higher fuel economy and performance. When combined with modern turbo charging – which uses waste energy from the exhaust gas to drive the turbine – direct injection is said to provide the best of both worlds: the responsiveness of a larger-displacement engine with more economy. 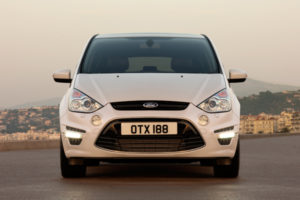 Ford also introduced the PowerShift gearbox, which it says provides the fuel economy of a manual as well as the ease of use of an automatic. PowerShift has two clutches, one operating gears 1, 3 and 5, the other 2, 4 and 6. When the vehicle is accelerating and actually using second gear, the computer anticipates that the next gear will be three, so engages the clutch ready for instant action when that gear is required. PowerShift dispenses with torque convertors, planetary gear sets and other components which add weight and complexity.

Little exterior difference
The new S-MAX has a few external changes to the front and rear, although it doesn’t look much different from the old one. It has a new bonnet and grille, and a new front bumper with LED running lights on upmarket models. A new chrome strip surrounds the whole glass area. There are new LED tail-lights. Inside, the “fold flat” system is now standard. More expensive versions have a one-piece panorama roof, with LED interior lighting.

The S-MAX, as all modern Fords, drove well on the highways and mountain roads around this town in southern Spain. The steering was accurate and quick, with little body roll. The high quality interiors are almost Audi/BMW like. The EcoBoost engine was not only powerful, but uncannily quiet too. New technology options include a blind spot system to warn about approaching danger, and an adjustable speed limiter. There’s an improved sound system with SatNav. 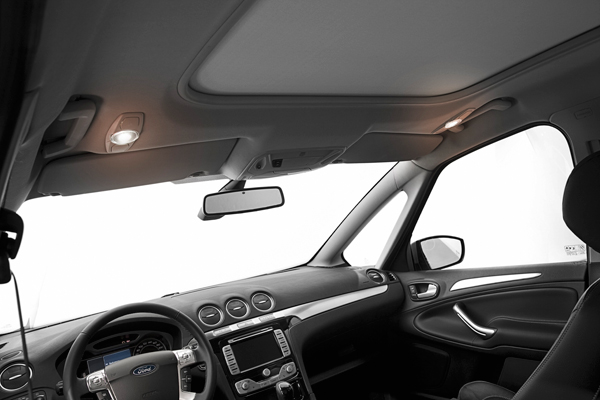 Ford also unveiled an improved Galaxy, which is also based on Mondeo engineering, but is a bit longer, higher, more practical and duller looking. The Galaxy can also be ordered with the high tech petrol engine. Both new models offer keyless entry, and EasyFuel capless er refueling.

Ford hasn’t announced the price of the new S-MAX yet, which goes on sale in the spring. A big rival will be the Kia Sedona, which fully equipped and with a 2.2 litre diesel engine and auto box costs £24,295 after tax; great value it seems to me. It’s all very well for Ford to produce such a high quality vehicle, which can vie with the Germans, but this won’t be of much use if prices make it unaffordable. Sure, Ford has improved almost beyond measure in the last 10 years with great driving cars and attention to quality and detail. But it’s still a Ford, and has to appeal to the mass market, not trend setters and brand victims who currently buy Audis, BMWs, Mercedes and Lexus. 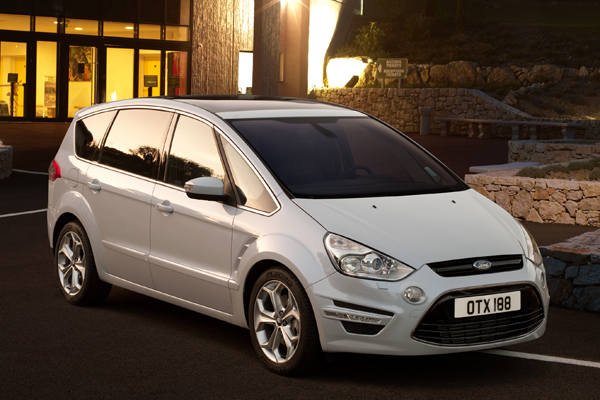 Ford’s presenters at the launch event near Jerez kept plugging away at the “Premium” notion, which seems odd given that CEO Alan Mulally constantly pounds away at the idea of returning Ford to its roots as a value car manufacturer. Ford is even eschewing the moderately upmarket pretensions of Sweden’s’ Volvo, as it seeks to offload the company on to the Chinese. 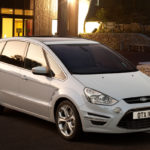 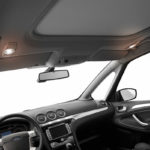 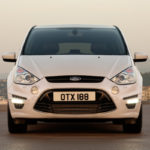 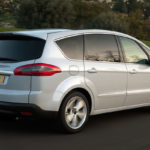 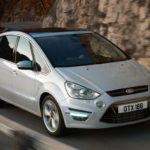