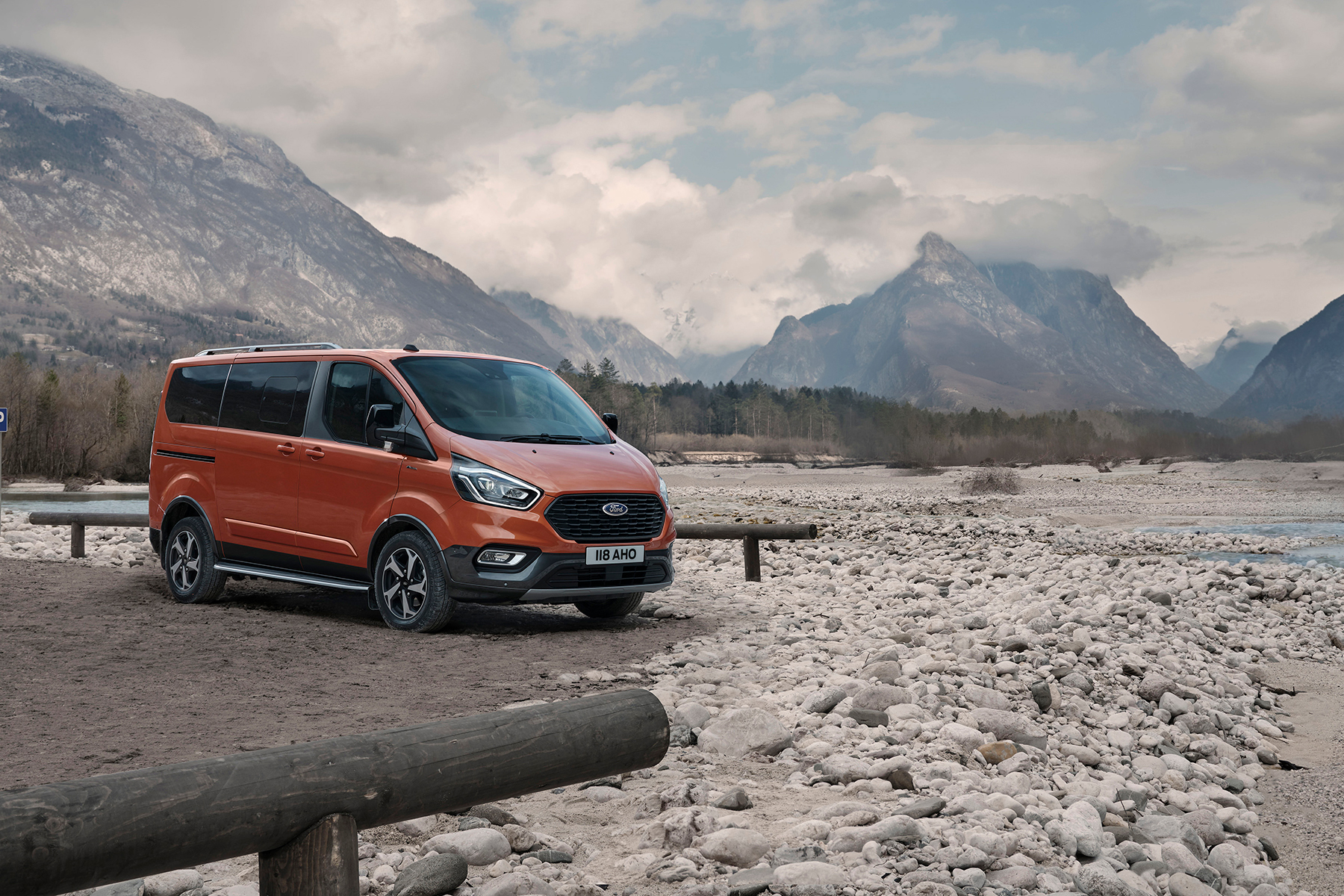 For – terrific people carrier, innovative use of PHEV and geo-fencing, easy to drive.
Against – often under-powered, too expensive, bigger battery required.
Rating – *** out of 5.
Price £65,469.00

The Ford Tourneo Custom is a plug-in hybrid electric vehicle and is an MPV based on the Transit van. There are seats for 8 with six in the back. The rear passengers face each other – 3 versus 3 – and there’s plenty of leg room.

Electric-only range is 33 miles in theory, and a 3-cylinder 1.0 litre 124 hp petrol engine is really a range-extender and some, with a claimed reach of 317 miles. 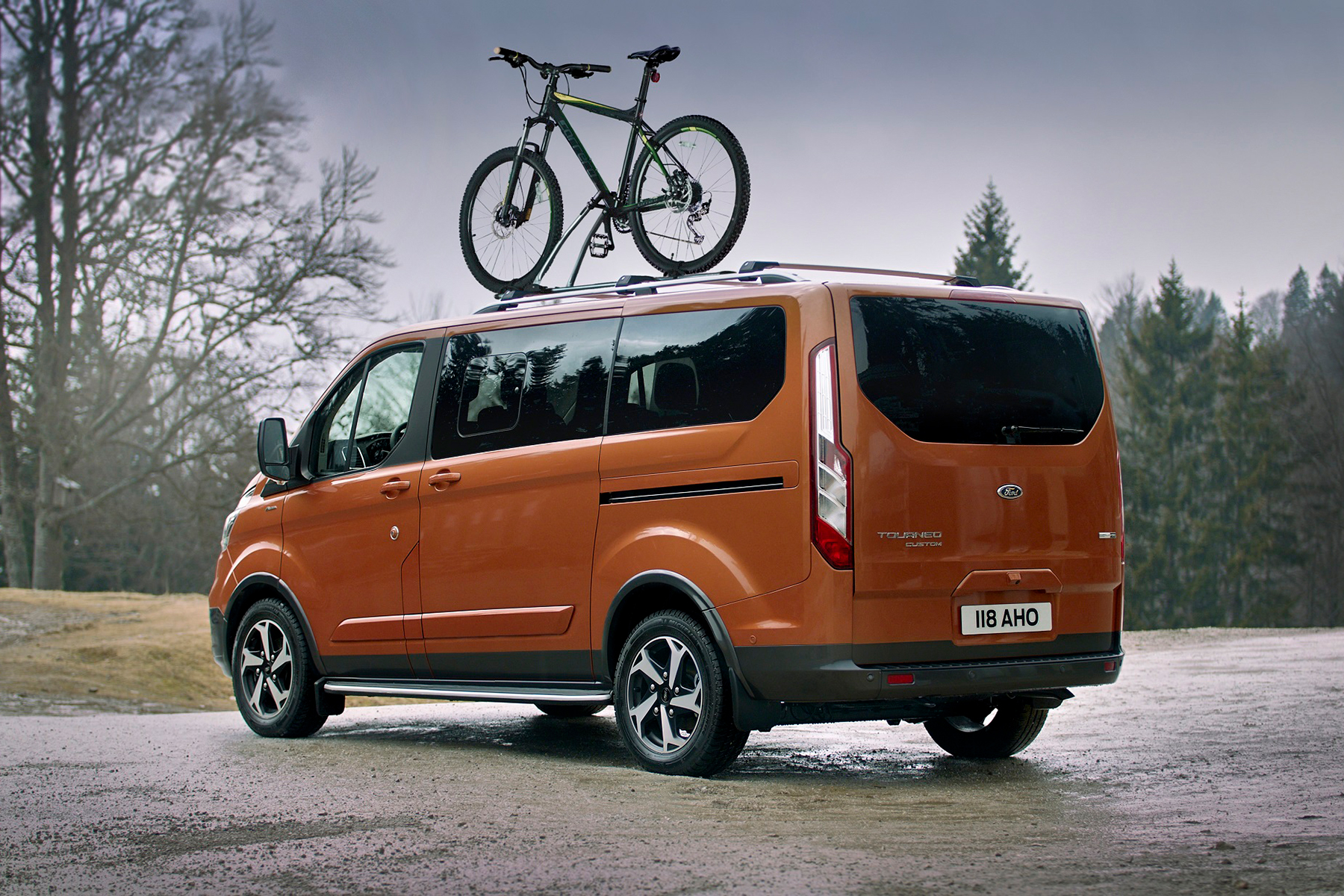 The Tourneo cruises along silently under electric only power and when the battery runs out and the petrol motor kicks in there’s more of a droning sound, but it’s not really obtrusive. Electric-only mode won’t last very long – I managed to charge it up to a maximum 26 miles and once, after an extremely cold night, the available range was only 16 miles. The automatic gear box offers regular D for drive and L for regenerative braking. In urban action the Tourneo’s battery offers pretty much what the range suggested, and that suggests the regenerative braking was doing a decent job. Keep off the fast lane on motorways or steep hills at lower speeds, otherwise the electric range will drain away alarmingly. Meanwhile the punch left from the small ICE motor isn’t up to much. 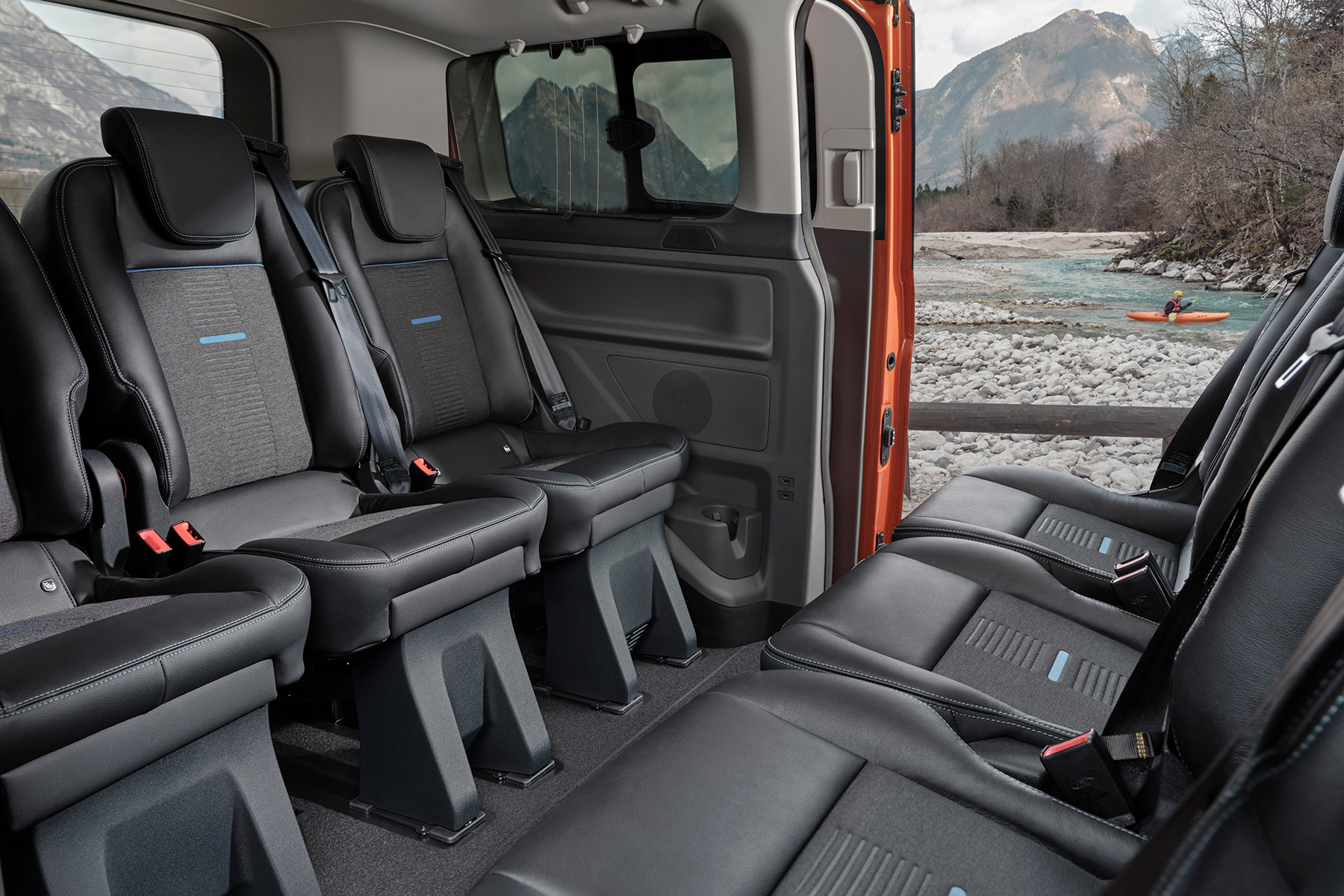 Fuel economy ranged from 42.44 mpg to 78.2 mpg and obviously depended on how much of the journey could include electric assistance. Used on the school run, the Tourneo would offer fantastic fuel economy for large families. In the private rental sector, you’d go long distances without much electric assistance and don’t expect more than about 26 miles per gallon. That sounds better if you divide the amount of fuel used by 8 though.

It also held up well through fast corners, and you quickly forget this is really a Transit van in thin disguise. 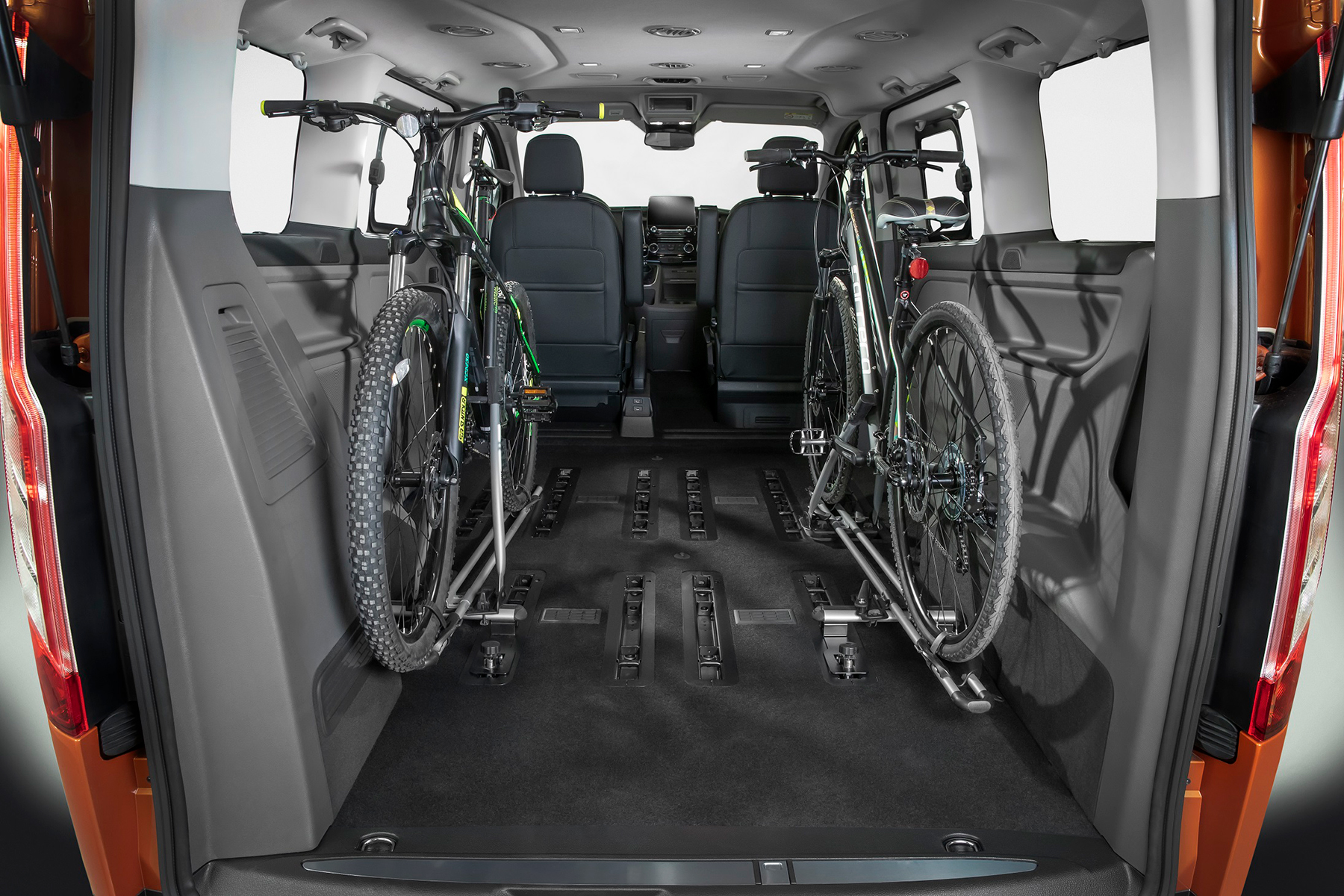 This upmarket version had a terrific interior, with luxurious leather seating even for the grunts doing the work up front. There was a big screen for much multimedia selection, complete with Apple and Android connectivity. The air conditioning controls seemed from another era, with just more or less blue or red the extent of the sophistication. This version also had a key to insert and twist, just like the good old days. The driver’s seat is powered. The driving position is high which makes for a commanding view of the road and although this thing is big, it was very easy to drive with very light and accurate steering. It also held up well through fast corners, and you quickly forget this is really a Transit van in thin disguise.

The big sliding doors make it easy to climb aboard for the rear passengers and the six seats can be moved about with USB sockets, air-con outlets and roof-mounted controls. You can make even more Transit-van like by removing all the rear seats. 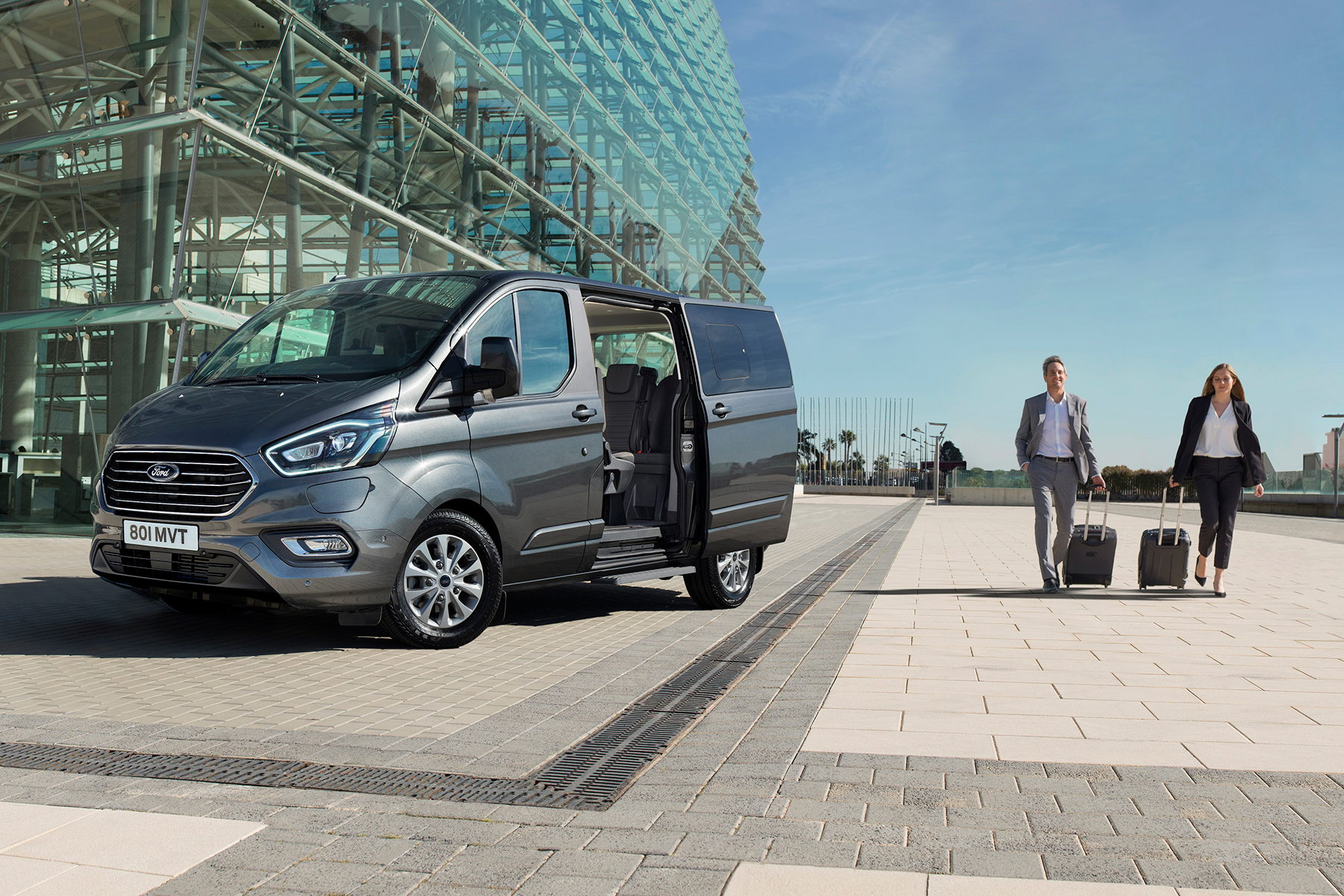 What to buy?
The plug-in hybrid electric vehicle (PHEV) aspect of the Tourneo makes it interesting but it is let down by the comparatively small battery. If the battery offered maybe a real and obtainable 50 miles of electric-only range that would transform the proposition. One neat and new aspect of the PHEV system is its “geofencing” technology. This means it will automatically switch to all-electric mode when entering low-emission zones, or recognise sensitive areas like schools and hospitals. This could well undermine the campaign being waged against PHEVs by aggressive green organisations which can’t tolerate a concept which includes an ICE engine. They rail at the obvious weakness where company car drivers who don’t pay for their petrol neglect to ever plug in the battery and squander the battery-only possibilities. If geo-fencing became de rigueur with PHEVs this would make sure they could only be driven making full use of battery, and while in an emissions-sensitive area would automatically switch to battery only power. This would expose the limited nature of the Tourneo PHEV’s battery range and Ford should quickly more to double the size at least. 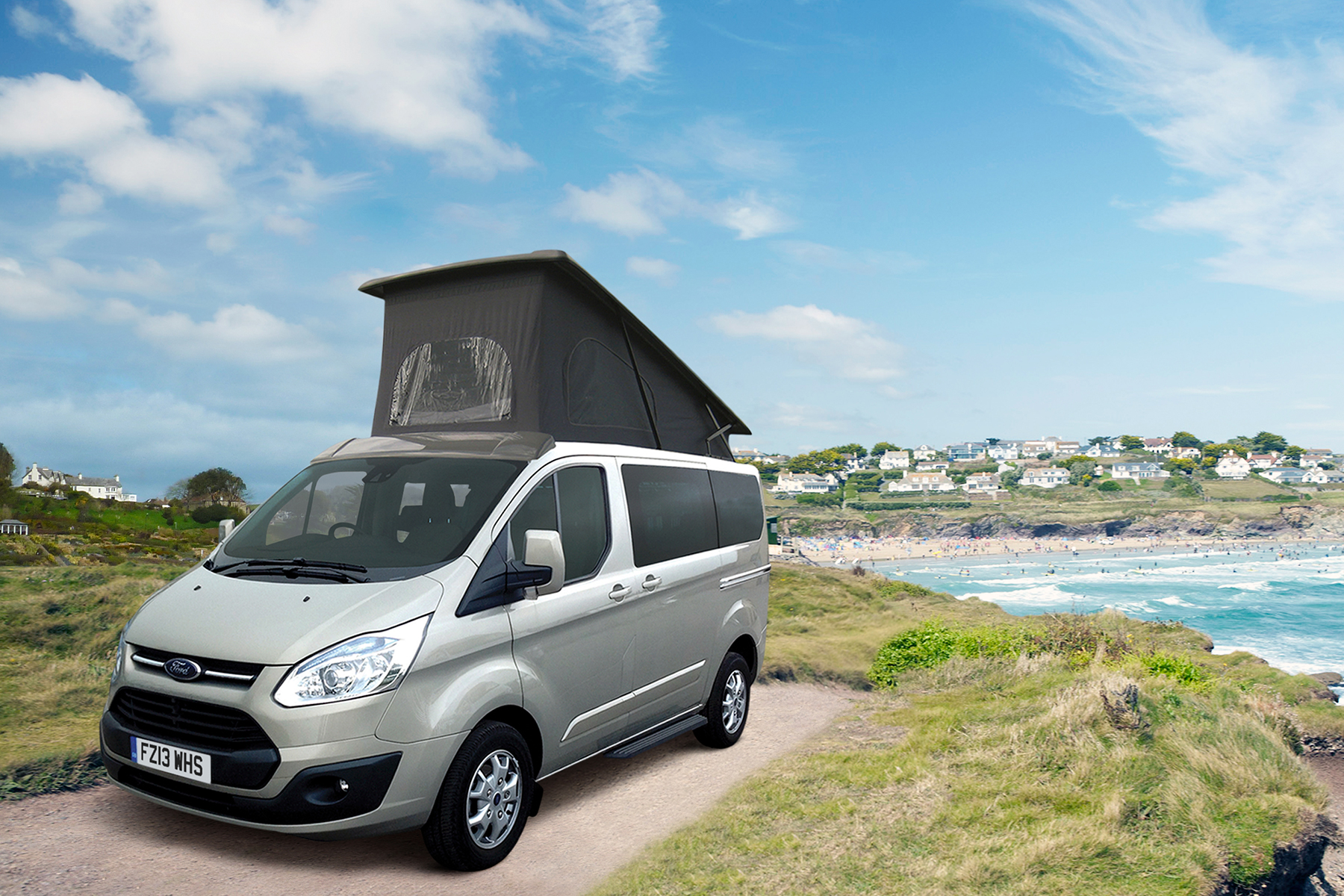