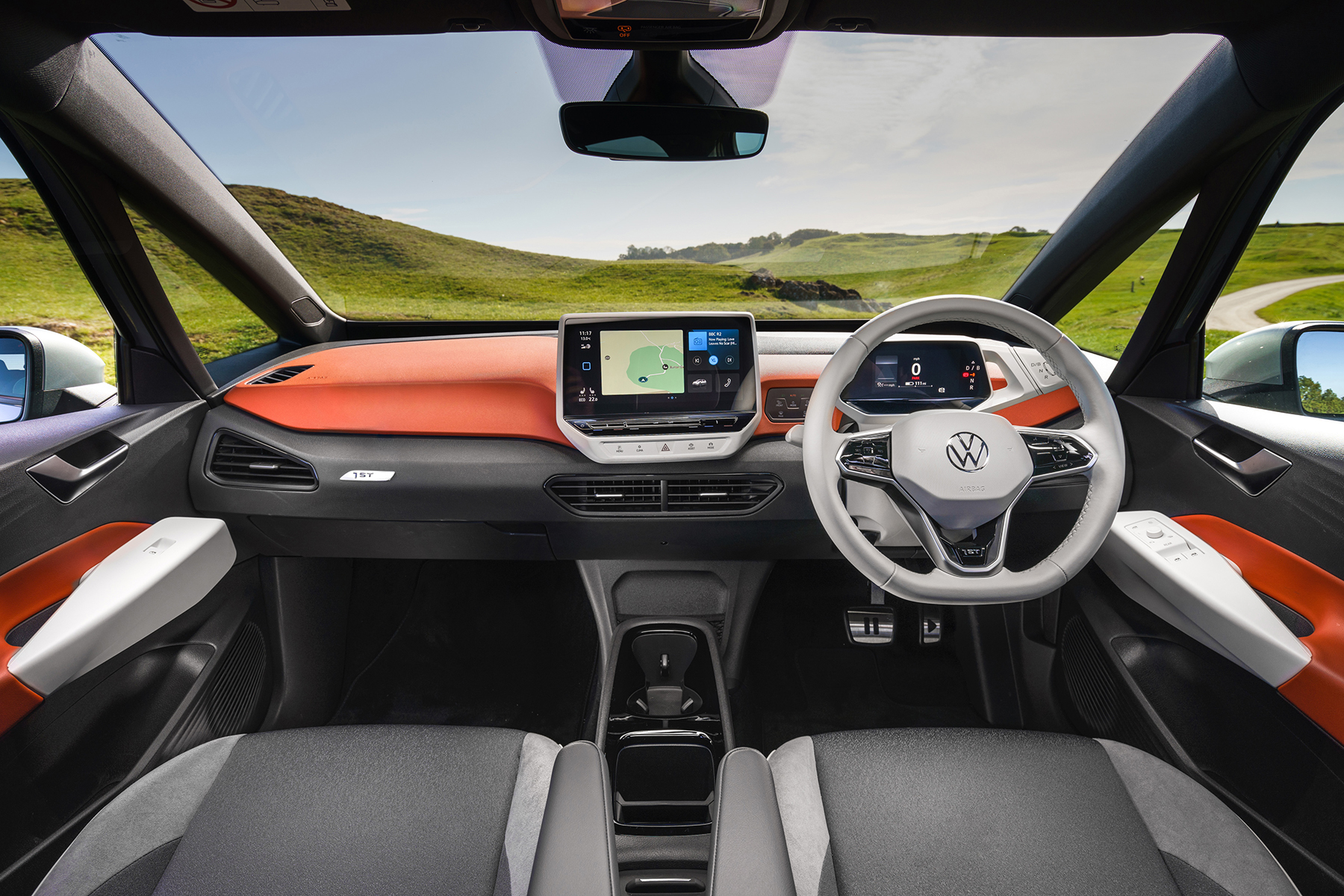 “On the highway though battery capacity quickly drained away, supplying an average of 63.3% of the offered availability. Long-range travel on fast highways will be a problem”

The ID.3 hatchback launched Volkswagen’s multi-billion euro gamble to challenge Tesla’s electric car dominance and despite initial software problems, VW’s first vehicle built from the start to be all electric, has been well received in the market place.

And investment bank UBS has done a teardown exercise on the ID.3 and declared it competitive, a viable threat to Tesla, and that traditional manufacturers were likely to be formidable electric competitors too.

VW hasn’t taken any risks with the car’s appearance – it looks solid, conventional and inoffensive, and neither do ID.3’s components establish any new and adventuresome technology. They will be used in a huge family of electric vehicles across the VW brand empire.

I’ve recently driven an ID.3 1st Edition Pro Power 58kWh and it was indeed an impressive vehicle, displaying attributes you’d expect from a modern electric car, with some of the drawbacks too, like price and highway range. This top specified version was priced at a mighty £39,500 ($54,000 after tax and before government subsidy). The range of this rear-wheel drive model was claimed to be 260 miles, but in 3 attempts the average fill-up was 198 miles. On urban and rural drives, the ID.3 delivered the range availability offered consistently, with an effective regenerative braking system.

On the highway though where Britain’s speed limit is 70 mph and more like 80 mph across Europe, battery capacity quickly drained away, supplying an average of 63.3% of the offered availability. That means long-range travel on fast highways will be a problem, compared with diesels, gasoline powered cars or plug-in hybrid electric vehicles (PHEV).

Initial software delays
The launch of the ID.3 was delayed because of software problems, but VW decided to begin sales before all the problems were sorted, relying on customers being willing to return cars to dealers for final uploading. Later iterations will have over the air updates (OTA). The ID.3 owner’s twitter page was full of moans about minor software glitches, but VW probably guessed that the first buyers would be dedicated first adopters who would actually relish trying to get around software problems. In the event, the problems seem to have been ironed out with little fuss.

The ID.3 is the first vehicle from the Volkswagen Group built on new modular electric drive engineering components. By 2029 VW aims to sell 20 million vehicles built on this new “MEB” platform. MEB allows different sized batteries to be specified depending on customers’ choice. Currently ID.3 customers can choose between the 58 kWh or 77 kWh battery with a claimed range of up to 260 or 336 miles. Later, a cheaper 45 kWh battery will be available with a claimed range of 205 miles.

UBS recently published a report after it ripped an ID.3 apart and declared that it was indeed a very competitive electric car, not quite yet on a par with Tesla, but a worthy contender as the global electric car revolution gained momentum. It flattered Tesla, but at the same time made clear CEO Elon Musk won’t have things all his own way for much longer.

“The teardown has revealed the following strengths – 1) a modular design with high scalability and flexibility 2) state-of-the-art technology in battery, powertrain and computing hardware – a benchmark for (traditional manufacturers) but clearly behind Tesla -3) high-cost efficiency. In a nutshell: we think it’s a strong package that underpins the idea that leading (traditional manufacturers) can build competitive EVs (electric vehicles) in a cost-efficient manner. From the consumer perspective, it is one of the most affordable EV offerings with such a high range per charge,” UBS said in a report entitled VW ID.3 teardown – How will electric cars reshape the auto industry”.

UBS also said the ID.3 engineering was very competitive and would allow electric cars to compete head on with internal combustion engine (ICE) vehicles by 2025. Batteries were the main driver of cost reductions, where Tesla currently had a $1,000 to £2,000 advantage. At the same time, As electric vehicle sales soar, battery procurement will become  a key competitive flashpoint, according to UBS.

Remarkable VW shares
The UBS report was published early this month and coincided with the remarkable performance of VW’s shares on the stock market as they zoomed from just under €200 to €326 in a couple of weeks, before slipping back down to just under €300. The stock market performance was also eerily Tesla-like, with VW valued at around $145 billion.

VW’s stock price also reacted to news it will build 6 battery factories in Europe by 2030, seen by investors as evidence the company was serious about leading the electric car revolution. Earlier, Volkswagen said 70% of sedan and SUV sales from its namesake VW brand in Europe will be battery electric by 2030. A missing part of the plan had been just how would VW find the batteries to put in all these cars.

The ID.3 family will include an ID.4 SUV which will be sold in the U.S., and the ID.Buzz microbus. Other brands will get versions too including the Skoda Enyaq and Audi A4 e-tron.  There will be smaller cars, the ID.1 and ID.2, all spawning versions across the brands this time including SEAT. VW tripled electric car sales to 422,000 in 2020 and will boost that to 1 million in 2021, with a 3 million target by 2025.

In a year or two, VW should match Tesla’s electric vehicle sales, according to Norddeutsche Landesbank Girozentrale, but profits might be hard to come by.

“In 2022, the Volkswagen Group could be on a par with Tesla in terms of delivery figures, although neither should necessarily make profits from the sales of electric cars. But Volkswagen is at the forefront of the first stage of disruption in the automotive industry, electromobility,” Nord LB analyst Frank Schwope said. 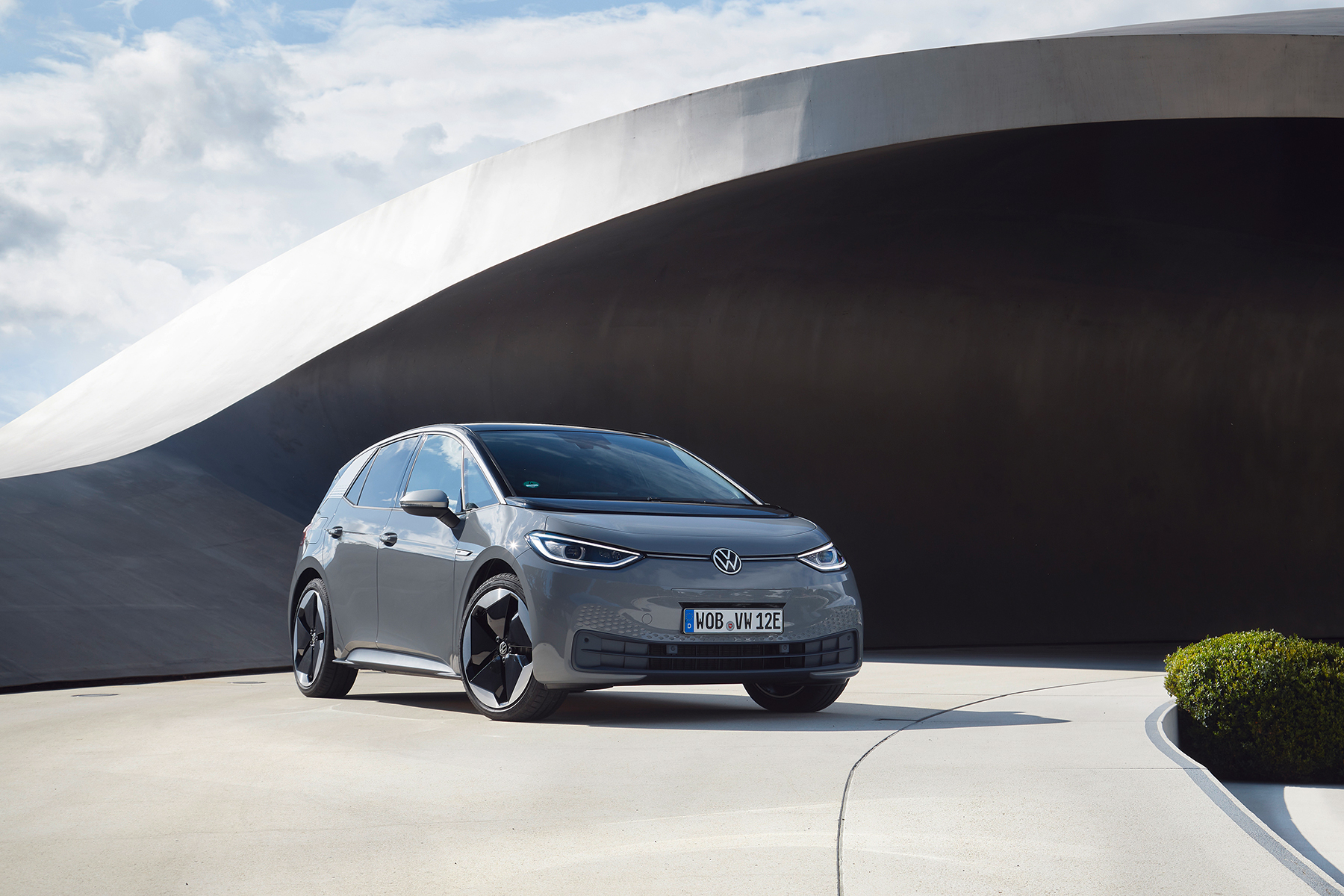