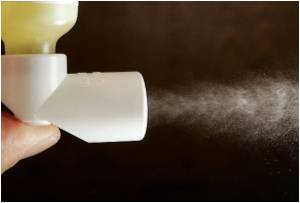 “Renault wanted to merge with General Motors, while Mercedes wriggled out of ties with Mitsubishi, then Chrysler”

As the Detroit Car Show disappears in the rear view mirror, Americans can look forward to some progress in the automotive industry. But for bloated European manufacturers, problems loom large as crucial reform is thwarted by government interference. And as sales crater in 2010, expect a vicious price war to engulf most remaining profits.

The U.S. industry has suffered from weak markets, but at least some harsh medicine has been taken, with large amounts of capacity taken out as General Motors and Chrysler shed factories and jobs. This obviously isn’t good if it’s your job that has been removed, but those that remain can look forward to healthier times.

Not so in Europe, where government subsidies in the form of cash-for-clunkers, state unwillingness generally to see national champions go under, and President Nicolas Sarkozy’s attempt to micro-manage companies like Renault of France, has merely put off the day of reckoning.

“No new trucks were introduced for the show, making a telling reversal from the themes of previous years – technology, frugality and responsibility are now the themes in play,” Bragman said.

“The recession’s effect on conspicuous consumption seems to have dampened desire for flashy trucks as personal transportation, and a renewed interest in fuel economy and high technology is driving the return to passenger cars,” Bragman said.

Europe has had small and frugal for years, but the industry here is in danger because there is too much inefficient capacity, often propped up by governments unwilling to take harsh decisions necessary if the competition from Korea and Japan now, and India and China soon, is to be faced down.

According to Fiat-Chrysler CEO Sergio Marchionne, who says Europe needs to ignore governments and slash capacity, the factory capacity use rate could fall to a mere 65 per cent in 2010 from a not very impressive 75 per cent in 2009. After announcing disappointing Fiat Group 2009 financial results earlier this week – net losses hit a shocking high of $1.2 billion compared with an expected around $450 million loss for the year – Marchionne said European sales would dive by between 12 and 16 per cent if government scrapping schemes were ended. West European sales in 2009 rose an artificially induced 0.5 per cent to 13.6 million. In 2010 this will move in the opposite direction to the U.S., where forecasts suggest close to 12 million sales in 2010, a big improvement on the previous year’s 10.4 million.

Germany’s very generous scrapping subsidy came to an end in 2009. France and Britain’s schemes are winding down. Italy will shortly decide what to do with its plan.

European reluctance
You can see why European governments are reluctant to let car factories close. According to consultancy PriceWaterhouseCoopers’ (PWC) latest Autofacts report, two million Europeans are employed directly in auto manufacturing. Twelve million are indirectly employed.  PWC expects North America to exit the recession in better shape than Europe because of its significant restructuring and capacity cuts by suppliers and manufacturers.

“Europe’s dependence on scrappage schemes during 2009 preserved an abundance of capacity. Autofacts currently estimates that 6.5 million units of excess capacity exist in the E.U. alone, suggesting that the region’s challenge to competitively align supply and demand will likely persist due to the existence of many domiciled automakers and national champions,” Autofacts said.

Investment banker Credit Suisse believes European companies will be under the gun in 2010 from a variety of pressures, including a likely price war, higher interest rates and input costs, increased taxation and swingeing CO2 rules.

“After a stellar state-supported 2009, the auto sector must now start to stand on its own feet. Weaning itself off reduced or discontinued scrappage discounts and cheap money will not be easy; price discipline in the retail sector faces its toughest test in over a decade as manufacturers attempt to resort pricing to pre-scrappage levels – a hike of up to 25 per cent,” said Credit Suisse analyst Stuart Pearson.

Supine governments
While the Europeans squirm on their reluctance to put their own houses in order, aided and abetted by supine governments, foreign competition is getting leaner and meaner.

Geely of China is expected to complete the purchase of Volvo from Ford in May.

If all that’s not bad enough, Pearson said raw material costs will jump, after between 12 and 18 months of recession-induced respite. Cheap money for car loans will be harder to come by. Sales tax is expected to rise in big markets like Britain as government budget deficits rocket out of control. Britain’s sales tax is currently a whopping 17.5 per cent, and is expected to rise to 20 per cent later this year. And the industry faces tougher fuel economy standards phasing in from 2012 to 2015, of an average 43 miles per U.S. gallon. This will cost BMW $700 a car, and Mercedes over $1,400, according to Pearson.

Himalayan glaciers
With the “ClimateGate” controversy undermining the fashionable theory that human activity is warming the climate, plus the news that Himalayan glaciers will not melt away any time soon, you might expect European auto manufacturers to protest the fact that they are having to spend huge amounts of money they don’t have to combat a menace that is at least questionable.

There is some good news out there for Europeans if you look hard enough.

Germany said it raised it gross domestic product growth forecast for 2010 to 1.4 per cent, up from a forecast of 1.2 per cent growth last October. German domestic demand is likely to rise 0.6 per cent this year after the 1.8 per cent drop in 2009. The question is; will this have much impact on German car sales, expected to dive by up to a third in 2010 after the generous cash for clunkers scheme dragged sales forward to 2009? German is Europe’s biggest market, and its sales of 3.8 million accounted for almost 30 per cent of Western Europe’s sales last year.

And there are some exciting mergers, acquisitions and collaboration stories out there.

Daimler Renault
Mercedes Benz parent company Daimler is expected to announce a cooperation deal with Renault of France and its Japanese affiliate Nissan. News of the deal is expected at the Geneva Car Show, which opens to the public on March 4. The deal is likely to revolve around Renault’s small car capabilities and the Mercedes Smart car. Renault Nissan are also keen to push battery cars. Observers wondering about the possible logic behind this combination might remember that a couple of years ago, Renault thought it would be a good idea to merge with General Motors, while Mercedes’ has recently wriggled out of its ties with first Mitsubishi of Japan, then Chrysler. Mitsubishi is now talking to France’s Peugeot about a possible merger.

Credit Suisse’s Pearson said the crisis of 2009 was expected to spur a new wave of mergers and acquisitions that might sort out Europe’s problems, but this hasn’t happened, with only Fiat-Chrysler moving to consolidate.

“Overcapacity will remain a burden in 2010, though managements will likely stress incremental efforts to slim-down capacity, as opposed to plant closures. However the recent spat between the French government and Renault highlights the extreme hurdles to capacity cuts during a period of rising unemployment,” Pearson said.

Renault and Peugeot accepted French government loans of $4.2 billion each early in 2009, but soon found that there were strings attached. Renault, 15 per cent owned by France, was ordered to stop its plan to produce a small car, the Clio, in Turkey rather than France. Privately owned Peugeot is unlikely to proceed with its plans to move production from high cost France to eastern Europe, after Renault’s high profile roasting by President Sarkozy.

Saab saved
Even the demise of Saab of Sweden was halted at the last minute when it was taken over by Spyker of the Netherlands. Saab’s failure would have meant that at least some production capacity would be closed, albeit it meagre 100,000 or so.

“Marginal players will continue to be marginalized. We cannot build on hopes and dreams.”