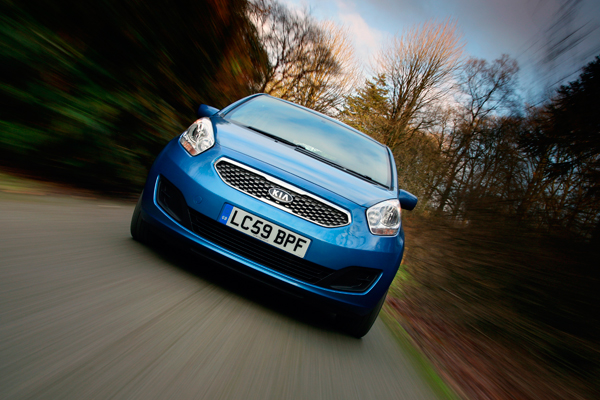 Looks Good, Flexible Too, But Prices A Bit Steep
Jazz Still Has More Qualities And Retains Its Crown
**** out of 5

Fantastic Kia Guaranty Could Be The Deal Maker Though

BARCELONA, Spain – The Honda Jazz is still the best mini MPV, but the new Kia Venga is the strongest pretender to the crown for some time.

The Jazz, sold as the Fit in America, has been updated and its looks and engines have been improved. We are also promised a hybrid version later this year. Just as well there has been all this progress, because the new Venga, made in Slovakia and designed in Europe, is probably better than the old Jazz. I should know; I’ve got one. The fact that Honda announced that 646,000 Jazzes made from 2002 until 2008 would be recalled to fix a potentially fire-inducing window switch doesn’t change anything. 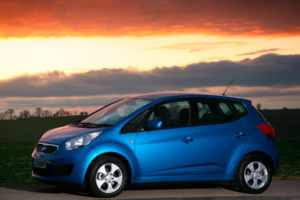 Where the Venga fails is in the interior packaging. Yes, the rear seats fold down flat impressively, but they are much more cumbersome when you have to put them upright again. With the Jazz it is a simple, easy-peasey one-handed operation. With the Venga you need two hands. And the Jazz rear seats also allow for a cinema-style seat set-up. When you restore the flattened seat set-up to regular seating, in the Jazz the seats fold to allow a cinema-seat like space down to the floor; ideal for transporting tall, thin stuff, like your aspidistra in its pot, for example, or an Irish Setter standing up. Mind you, the Venga’s two-tier boot is neat. You expand the standard 444 litres of cargo space by uncovering more room under the floor, which gives you an extra almost 130 litres. Also the rear seats slide to give extra leg room when there’s little luggage

Impressive
The seat coverings in the Venga, at least the ones I saw, don’t seem to be of terribly high quality. The dashboard in Venga is smart and modern, but it doesn’t compare with the top quality design in the Jazz. But admittedly, the Venga’s switches and controls were very impressive. 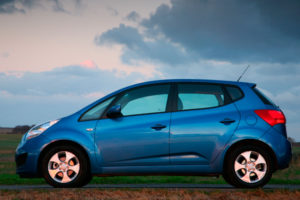 The Venga is a top class little motor, made almost irresistible by the fantastic 7-year, 100,000 mile guaranty. That gives it the edge over just about every other car, unless you have faith in the manufacturer that an extended guaranty is not required. I have that faith in Honda (my Jazz is now in its eighth year and is still performing like a stalwart, recall notwithstanding).

The looks of the Venga (I know this is said to be in the eye of the beholder) are a bit weird. My first impression was that it was very pretty and cute. But look a bit closer and the impression changes. From the front it looks a bit goofy and dumpy, with the weird angle of the headlights making it seem a bit disjointed. From the rear, the top part of the body squeezes in, making it look as though the top half is not related to the bottom bit. From the side, the rising crease line helps to make it look purposeful, and overall it does look very attractive and loveable despite these shortcomings.

Noisy diesel
The new Venga’s engineering is based on the Kia Soul, which will also be used for the replacement Kia Rio. The short overhangs produce much interior space, while improving stability and ride on the road. There are three engine choices, with the rather noisy diesel offering stop/start. The petrol engines are 1.4 litre/89 bhp and 1.6 litre 124 bhp. The 1.4 has a five-speed manual gearbox, and the 1.6 is mated to a four-speed automatic. The 1.4 litre diesel produces 89 bhp and uses a six-speed manual gearbox. Kia says this version will return an average 62.8 miles per gallon.  Sure. At the launch in Barcelona, the 1.4 litre petrol engine was the most impressive, performing quietly and purposefully. The car drove very well with accurate steering and impressive suspension. The 1.6 automatic wasn’t available at the launch. That would probably have been my favourite. 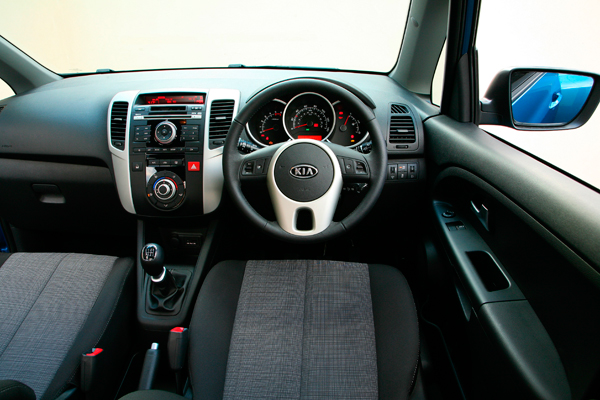 Amazing guarantee
The overall impression is of terrific quality from this Korean company, backed up by the amazing guaranty. There was a time when perhaps potential buyers would only go Korean because of the guaranty. Then, the cars looked a bit, well, Korean, and buyers needed a bit of push from low prices to take the risk.

Now that’s all changed. Korean cars now look just as good as Europeans and they perform as well too. Also on the Venga launch was the new Kia Sorento SUV, which I will be reporting on in February. The Sorento is a fabulous vehicle which now looks very attractive and is priced to bring tears to the eyes of VW, Audi and Land Rover. 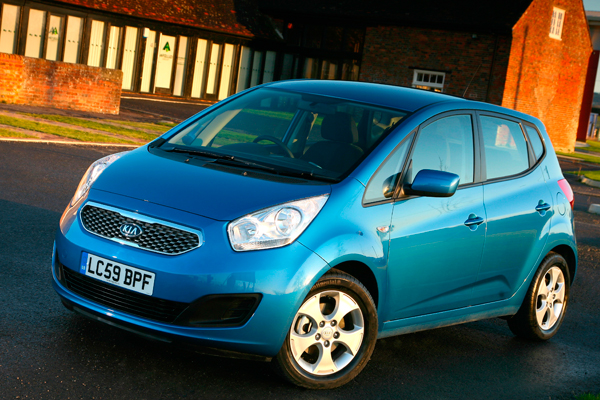 But back to the Venga. Another negative scoring against it was, surprisingly, the prices, which start at £11,495 and top out at £15,395 for the 1.4 Diesel 3. This doesn’t seem cheap compared with its big rival the Jazz. I would have expected the Venga to be at least £1,000 cheaper across the range than the established Honda Jazz, but in fact prices seem more or less the same.

(Kia provided a flight to Barcelona and 2 hotel nights) 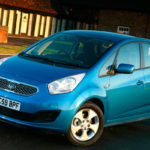 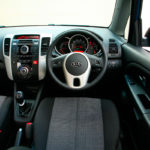 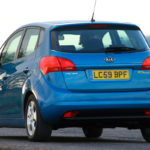 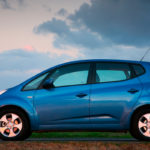 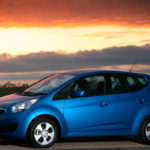