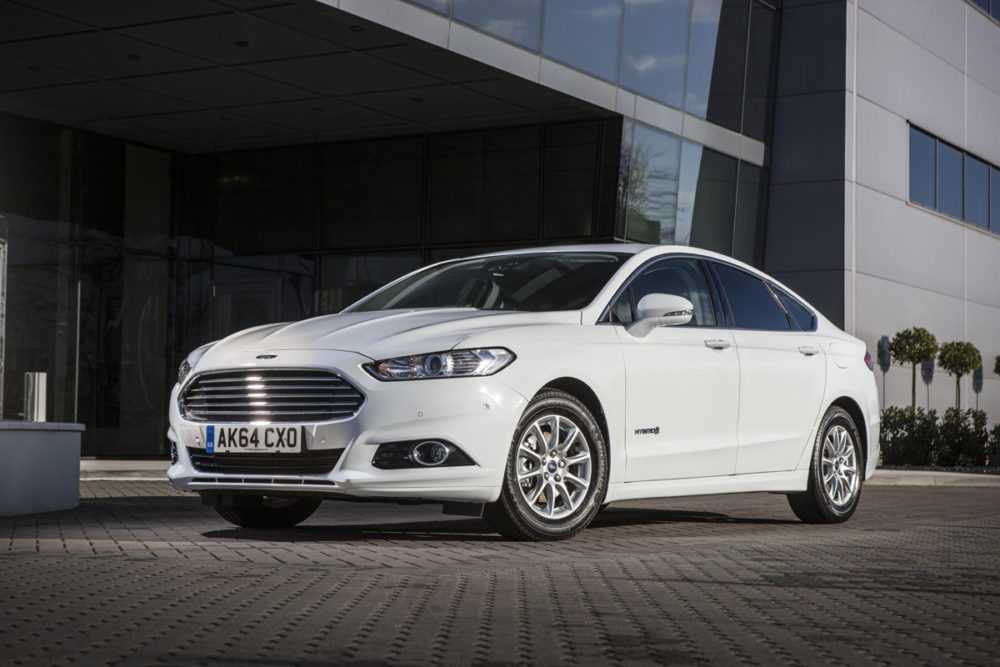 For – handsome, high quality, drives well, priced to go, economical.
Against – not as economical as a diesel, threatened by Germans.
**** £26,170

The new Ford Mondeo is a formidable machine, rich in quality, great to drive, and with a very impressive hybrid version.

Pity that it is about two years late to market and that this sector, led by the Volkswagen Passat and Opel-Vauxhall Insignia, is being slowly drowned by the popularity of SUVs. The delay was caused by Ford’s decision to close its Genk plant in Belgium, and move production to Spain. Meanwhile Americans have been enjoying driving the Mondeo around, where it is called the Fusion. 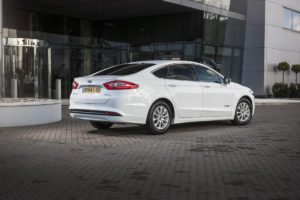 As soon as you open the Mondeo’s door and it clunks reassuringly shut, there is a feeling of quality about the car. I drove the hybrid version and when you turn it on the dashboard dials spring to life with suitably impressive and detailed information, little of which made any sense to me. New owners of this car could use half a day in the dealership being instructed in what these dials are saying, and how to get the best out of available technology.

The interior was very impressive and classy, despite the lack of leather in this version. There was masses of space inside, although the boot is limited because of extra hybrid system batteries. Golfers need not apply. The rear seats fold down so you can load golf clubs in there. The steering was tight and accurate, but the suspension felt a bit lumpy. The petrol engine and electric motors push the car forward impressively, although the constantly variable automatic sounds a bit agricultural when you put your foot down hard. On the highway the car is quiet and refined. It bombed though my favourite corners with little roll. 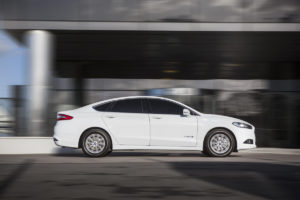 The Sat Nav was annoyingly difficult to master. I managed, luckily, to put in a post code once, but never found out how to repeat it. My attempt to synchronise my phone failed. The fact that it said “SYNC powered by Microsoft” while failing to work reminded me that without bothering to check, I just know aeroplanes don’t use any of Bill Gates’ products. The automatic hand brake needed to be switched off, when most systems now do this automatically.

Fuel economy was impressive, averaging 44.8 mpg, although Ford claims 67.3 mpg. That’s a failure rate of 33 per cent, at the top end of manufacturer exaggerations. I’ve just driven a 2.0 litre diesel VW Passat about 500 miles, and it managed 51 mpg, so you have to wonder about the efficacy of hybrid power. Mind you this VW drive was on highways, and maybe in town the hybrid would pay dividends. Is a seemingly endless drive at 50 mph on the M1 road-works a fair way to test fuel economy? Incidentally, why are there about 5 separate sections of road-works over about 150 miles of the M1, with nothing much happening on any of them? Isn’t there a road-works Czar to co-ordinate this stuff?

If you don’t want the hybrid there’s a huge range of engines to choose from, including a 1.0-litre petrol engine and a 208 hp diesel. You can choose four-wheel drive, four-door, five-door or wagon body-styles. You can also opt for Ford’s upscale Vignale ownership later this year. Prices start at £19,995. 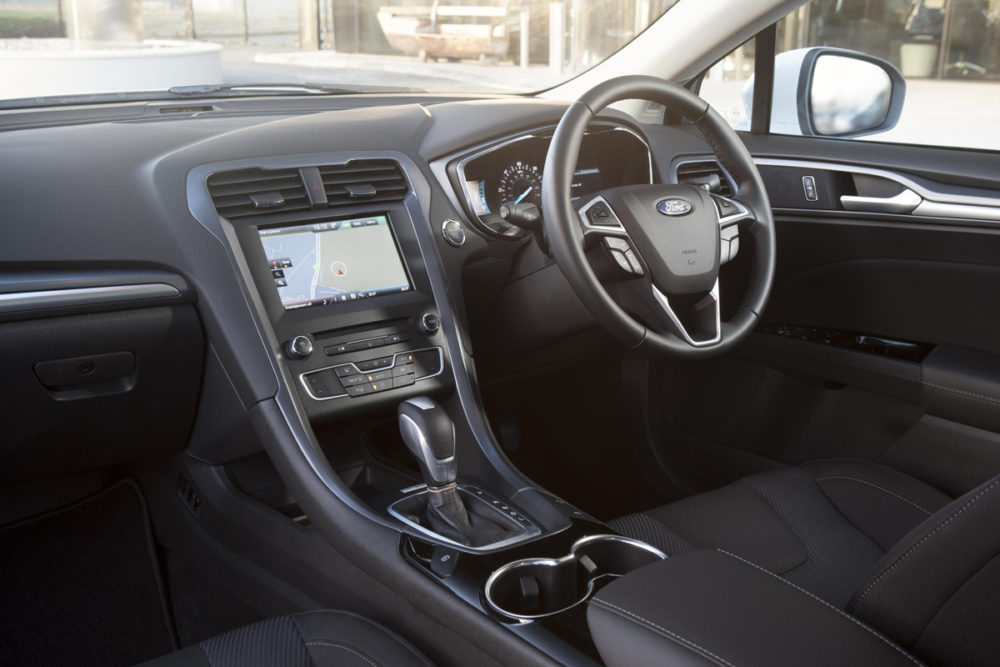 So where does the Mondeo come when you measure it against the opposition? So far, there is only one other hybrid in this category that I’m aware of, the VW Passat, but if you seriously want fuel economy, you’ll have to go diesel, at this point. The competition is keen, particularly when you consider the German premium contenders. If you have at least £25,000 to spend, and it is your own money not the company’s, are you seriously not going to buy German? I don’t think so, even if the car is called (Ford) Vignale, (Renault) Initiale Paris or (Peugeot) DS. The shame is that the Mondeo is a fantastic car with great quality inside and out, with engineering that is unsurpassed, but which will ignored in favour of BMW, Audi, Mercedes and maybe Jaguar. 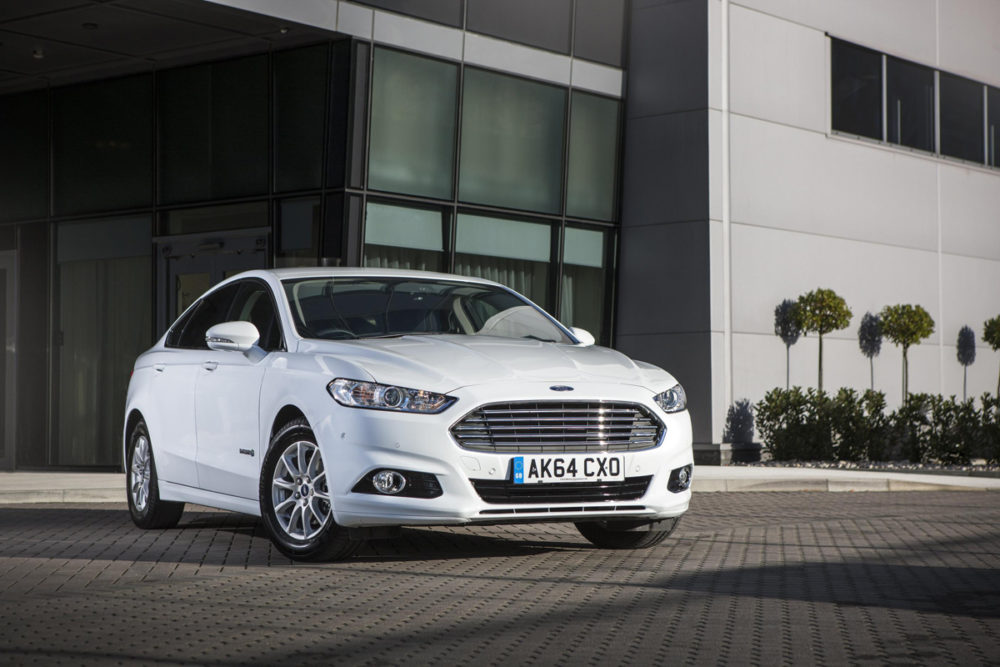