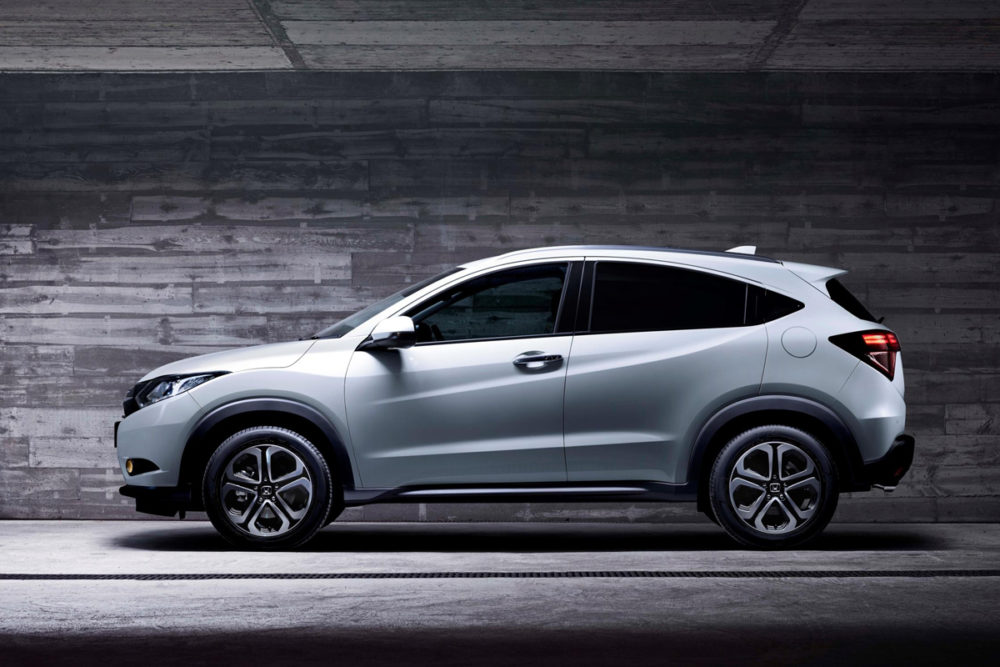 LISBON, Portugal – I’m in the market for a small SUV, and the new Honda HR-V could have been “the one”.

Unfortunately, it failed on two or three important points, but that doesn’t mean that it’s not the one for you. The HR-V is handsome and well built, with excellent and intelligent packaging as it inherits the “magic seats” concept from the Jazz. 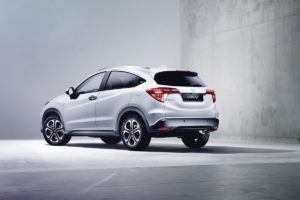 It faces stiff competition in this burgeoning new field from the likes of the Mazda CX-3, Renault Captur, Opel-Vauxhall Mokka and Nissan Juke. The Jeep Renegade remains a candidate for my personal purchase, and I hope to be driving that soon.

The HR-V failed for me because it doesn’t offer a choice of four-wheel drive and the automatic version is underpowered with a clunky CVT system. This is all the more annoying because Honda UK has chosen not to import a more powerful petrol engine version from the factory which makes it in Mexico. This has four-wheel drive and a 141 hp, 1.8 litre version available in the U.S. with either a six-speed manual gearbox, or that pesky CVT. 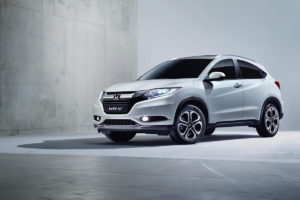 Perhaps the clinching failure though is the price, which starts close to £18,000. According to Automotive Industry Data editor Peter Schmidt this is £3,700 high than the entry level price for the Renault Captur. The Opel-Vauxhall Mokka starts at £16,474. Schmidt said this is a crucial error for Honda which urgently needs to prop up its falling market share in Europe. This was 1.9 per cent in 2007, but has since dropped to just 0.9 per cent so far this year, as products like the CR-V SUV and Honda Civic failed to appeal to traditional buyers. The HR-V was supposed to start the rally in market share, made all the more galling by the fact that the previous HR-V was dumped in 2007. That’s right, Honda had already invented the small SUV before it became a hot segment a year or so ago. No doubt whoever took that decision is no longer on the Honda payroll.

High quality
The HR-V is a high quality motor with a beautiful interior which drives and handles well. It’s dripping with new technology and has some nice interior design touches, like the air conditioning vents in the form of a strip which seems to hasten cooling. The 1.5 litre 128 hp petrol version doesn’t have much power and the CVT is poor. Honda made a big deal about how the CVT was designed to react like a seven speed automatic, which it singularly fails to do. The diesel is much better, with more quiet power and acceleration, but that’s only manual. You can opt for a one touch panoramic roof if you go for the EX option. Honda Connect is standard. You can buy 5 years servicing for £500. That sounds great because I seem to spend about £400 a year servicing my Honda Jazz. The HR-V will be available in three grades with a choice of fabric, half-leather or full-leather upholstery. 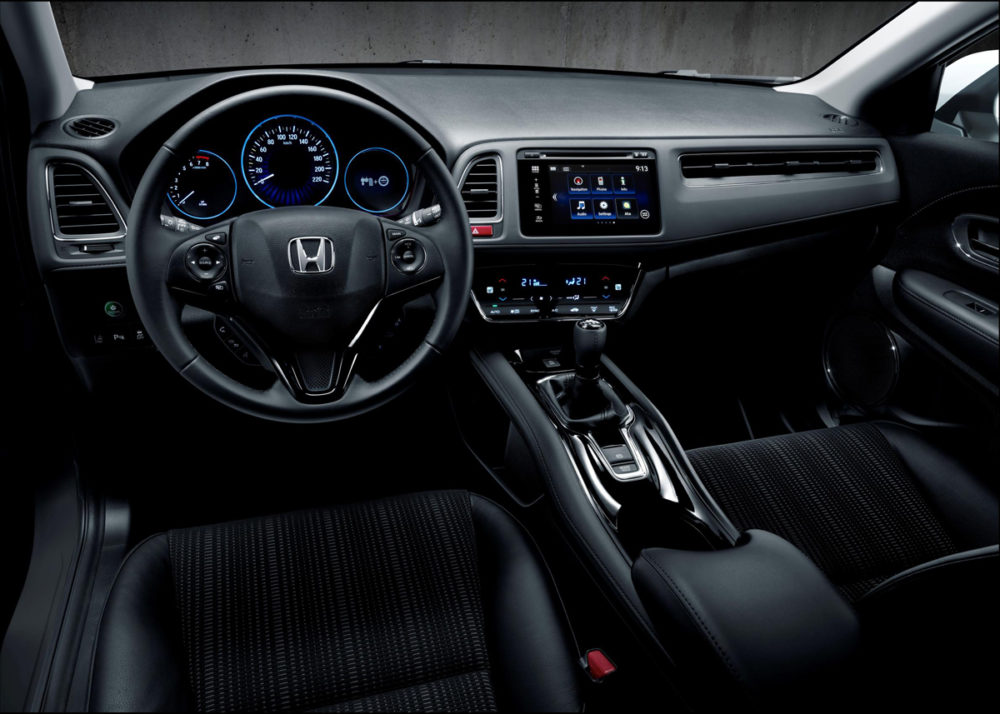 There are many active and passive safety features. Operating at 9 mph and above, Forward Collision Warning detects the risk of collision by recognising the vehicle directly in front. You can also have Traffic Sign Recognition, Intelligent Speed Limiter, Lane Departure Warning and High Beam Support System.

Big in the U.S.
So the HR-V is well equipped and an attractive proposition for the private buyer. The car has been a huge success in the U.S., but it seems that the high price here might deter buyers, as Honda seems to be assuming that its brand power trumps the lower prices of the Renault, Vauxhall-Opel and Nissan.

“It is difficult to imagine that its U.K. debut will trigger a buyer rush to Honda showrooms. Amazing that anyone in this day and age of ultra sharp marketing professionalism can get it so wrong. So what’s to be done? A good look at Nissan Europe’s pricing rule book would be a good start,” Schmidt says.

Still, unlike the design of a car, the price can be swiftly changed if it is seen as blocking a decent number of sales. Potential buyers should be practicing their bargaining skills. 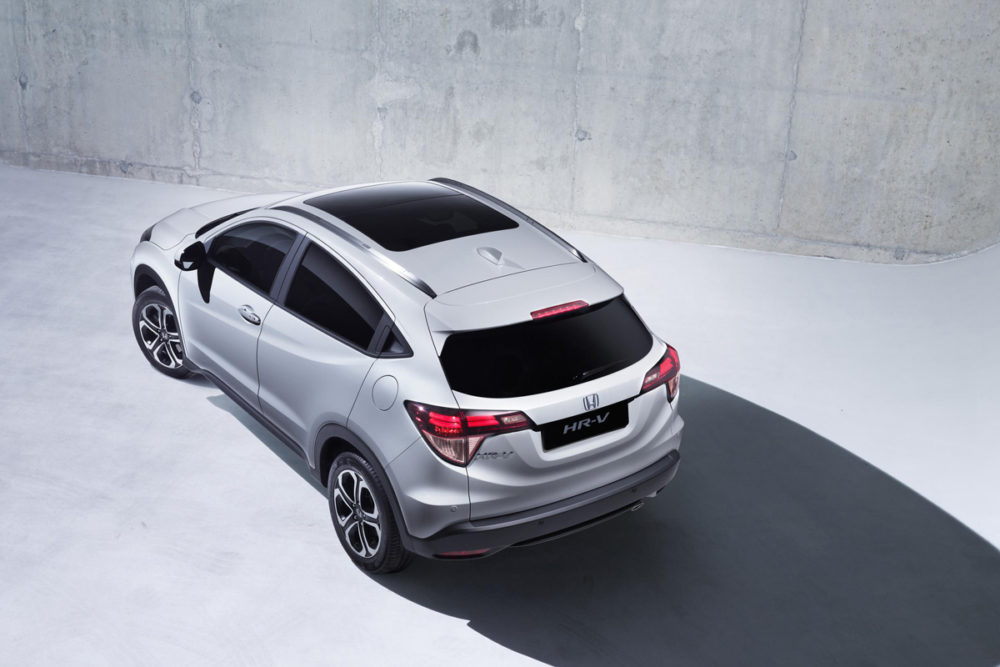